Trondheim International Olavsfest: A festival at the intersection between faith and society

Every summer, the historic grounds of the Nidaros Cathedral in the Norwegian city of Trondheim play host to Trondheim International Olavsfest – a festival celebrating faith, union, justice and honour, and meeting across borders and differences using art, culture and conversation.

Taking place every year as July becomes August, Trondheim International Olavsfest has become a staple both in the city of Trondheim and on the Norwegian festival scene. With its focus on reflection, communication and culture, it is a festival that offers as much for the mind and the soul as it does entertainment.

To make this happen, the festival is made up of art in a variety of shapes and expressions, such as different types and genres of music. “A lot of festivals focus mainly on one type of music, or target the festival towards one particular age group or sub-culture,” Myhr says. “But by doing so, you only offer people the comfort of who they already are. If you want to challenge and expand their sense of self and their reality, you have to offer a different input.”

This is why the festival offers everything from Baroque music to pop, rock and jazz; there is visual art and exhibitions, pilgrim walks and worship services, as well as conversations, discussions and lectures. 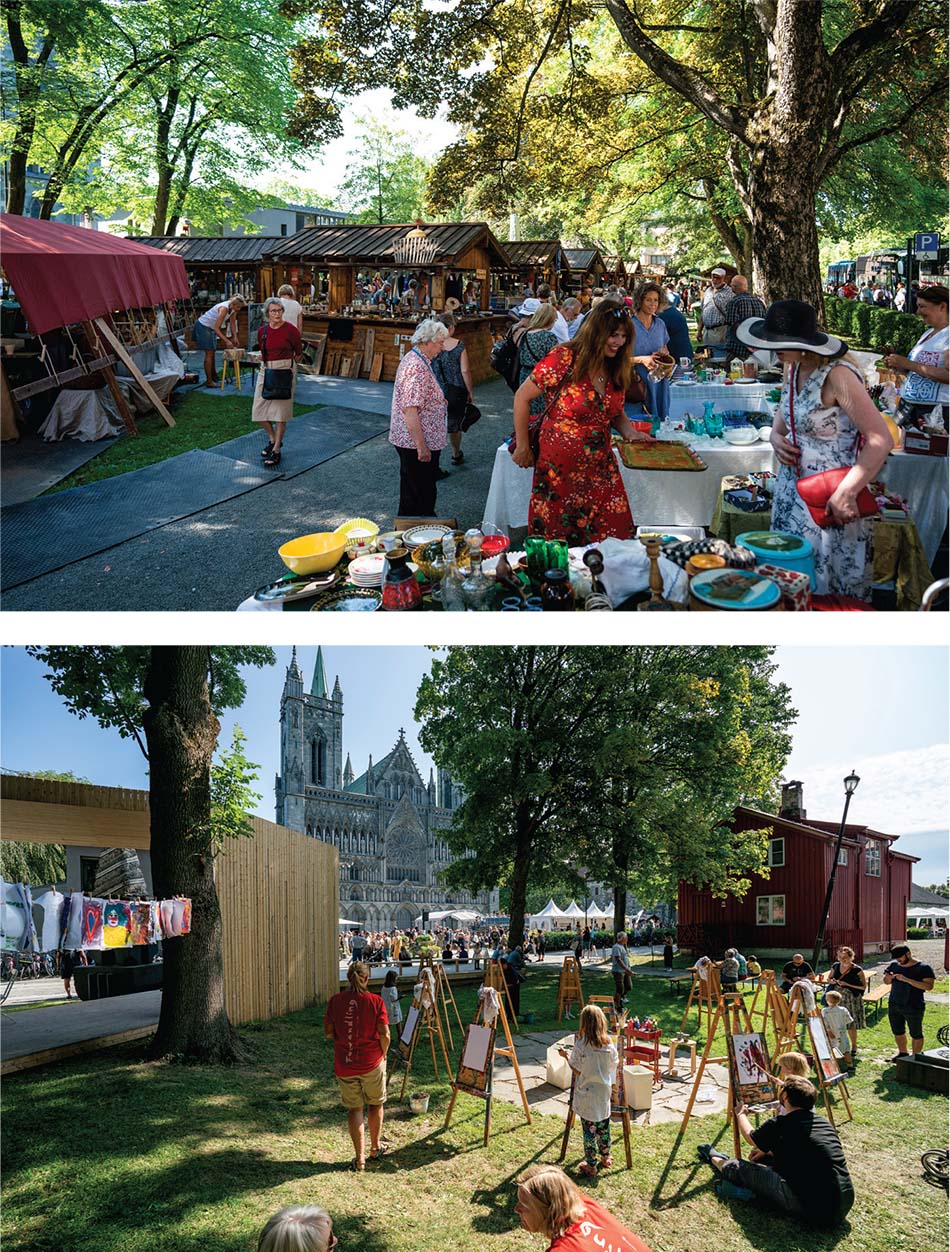 At the heart of the festival is the West Front Meeting – a daily gathering at the West Front Square, where conversations on important topics at the intersection between faith and society take place. At 1pm each day, approximately 1,000 people meet up to listen to the talks, which are conducted almost like a talk show about serious topics, without arguments, discussions or agendas. The speakers are all people who are as interested in listening and learning as they are talking and teaching – and they come from all over the world. “This year, the speakers will be from England, the US, Denmark, Sweden and beyond,” Myhr says, “and we get the artists playing the festival involved as well.”

The meetings all revolve around topics related to the main theme of each year’s festival. “We always use one single word as the festival theme,” Myhr continues, “and we have two demands for that word: it should concern absolutely everybody in the entire world, and it should be interesting to reflect upon, both in a religious and a non-religious context.” In 2018 the word was Body, in 2019 it was Transformation, and this year’s topic is Honour. All the West Front Meetings are broadcast live on Norwegian radio and have become a nationwide arena for reflection and faith. 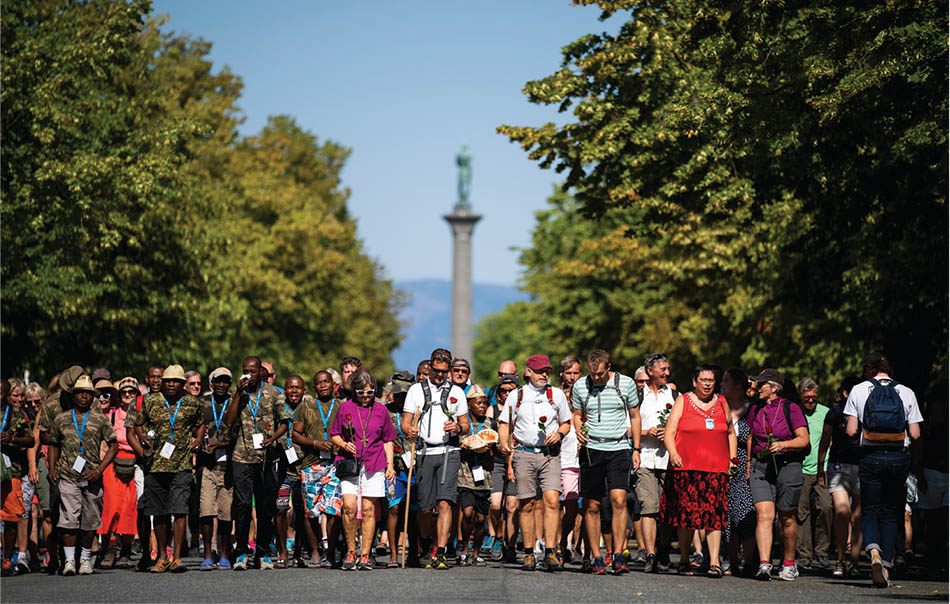 In addition to the conversations, meetings and exhibitions, there’s Olav’s Market, keeping the pilgrims’ tradition of gathering to buy and sell handcrafted items alive. All stalls are selected because of their quality, craftsmanship, sustainability, affiliation and innovation. Entertainment, experiences and food are also a big part of the market, and the area is always buzzing with life.

Another big part of the festival is music and concerts. Each year, national and international artists from various genres and generations make the festival a magical place for the attendees. Among this year’s performers are Yusuf/Cat Stevens, who will be playing his first-ever concert in Norway; Stefan Sundström, and Norwegian favourite AURORA.

The festival’s opening concert in the Nidaros Cathedral on 28 July premieres the commisioned work Dronningoffer (‘Queen Sacrifice’), which details the story of the world’s most famous chess pieces, the Lewis chessmen. The pieces, believed to have been carved from Greenlandic walrus teeth in Trondheim around the year 1100, were possibly lost or hidden during a shipwreck near the Hebrides. They were found by coincidence at Isle of Lewis in the Outer Hebrides in 1831, in what was described as a subterranean chamber. The Lewis chessmen differ from modern chess pieces in that they are red and white rather than black and white, and the red queen in Olavsfest’s concert is played by The Cardigans vocalist Nina Persson. The majority of the pieces are usually exhibited at The British Museum in London, while the remaining pieces are at the National Museum of Scotland in Edinburgh.

The Dronningoffer concert is written by Bertil Palmar Johansen (music) and Tale Næss (lyrics), and the story of the chess pieces, along with the love triangle of one king and two queens, is told through the moves of Norwegian chess player Magnus Carlsen’s legendary Queen Sacrifice match against Sergej Karjakin in 2016. It promises pop and classical music, dancers, narrators, and a choir singing each move from the match. 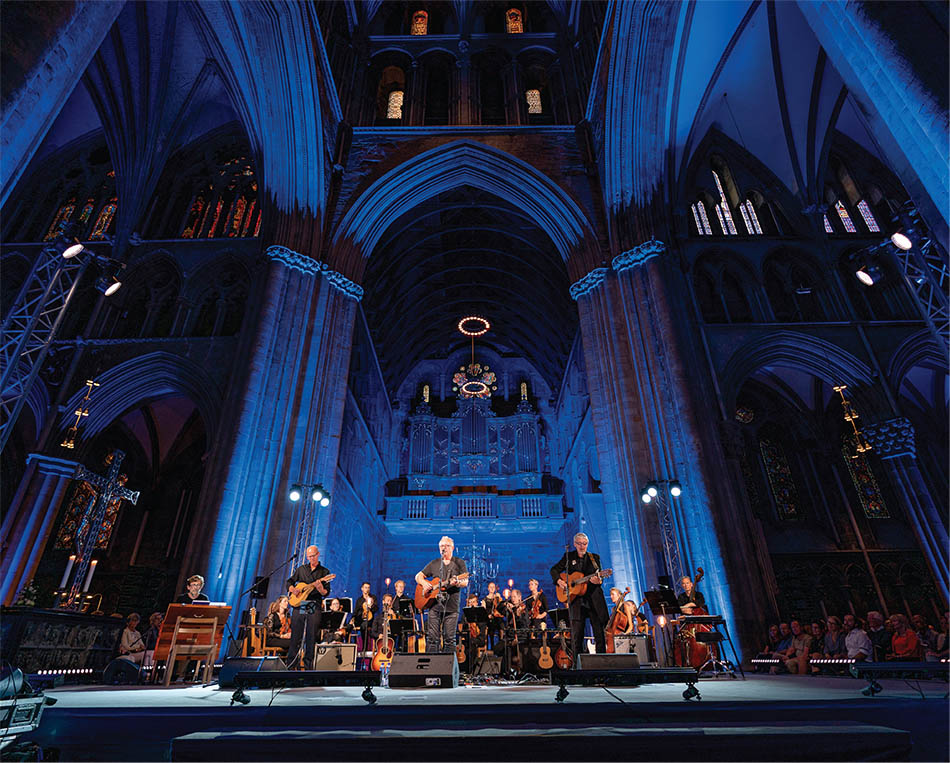 The following day the festival premieres another show, Miriam, a play aimed towards children and families. The play tells the story of Miriam, whose late parents won the Nobel Prize in medicine and researched how people’s brains work. Mysterious events take place when people try to search for the couple’s scientific discoveries and results.

“The play is about faith, science and what the future might look like when somebody wants control over our lives,” Myhr says. “It’s a very exciting play for children, but equally exciting for grown-ups.” He explains that the play is perfect for Trondheim, a city built on faith and science, known for the Nidaros Cathedral as well as the Norwegian University of Science and Technology (NTNU).

The final concert of the festival, taking place in the courtyard, is Trondheim Symfoniorkester & Opera (TSO) performing Bowie in Berlin, the story of one of rock music’s strongest album trilogies (Low from 1977, Heroes from 1977 and Lodger from 1979) and Bowie freeing himself from the chains of stardom and paranoia to reinvent himself as a searching and experimental artist. 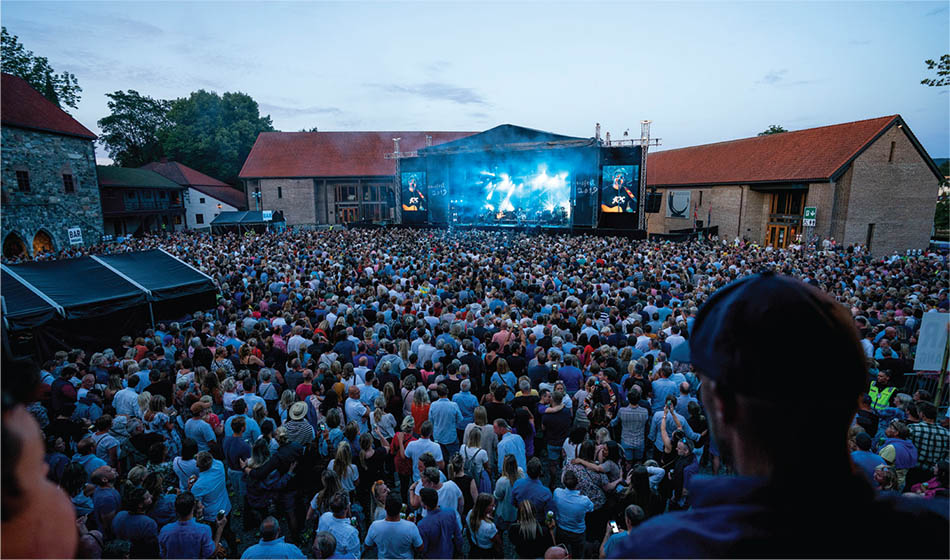