An enchanted stay at Ramme

By Synne Johnsson | Photos: Per Sollerman

With a striking view over the Oslo fjord, Ramme in Hvitsten, Eastern Norway, is filled to the brim with history, culture and the finest nature Norway has to offer.

After the invention of the steam engine in the 1700s, when Hvitsten became accessible from Oslo, the small town became the go-to summer destination for Oslo’s citizens. By the end of the 1800s, it had become a favoured summer spot among Norway’s most famous artists.

Today, Ramme welcomes visitors from all parts of the world to stay in their enchanted hotel, enjoy the idyllic surroundings and experience all the cultural and historical attractions the place has to offer.

“Ramme is not only a hotel, but a culture destination with an ecological focus. We have an art gallery, a dreamy garden, an organic farm and guests can also see the summer house of Norwegian painter Edward Munch,” Christina Storskogen, head of sales and experiences at Ramme says. “It’s the perfect destination for people curious about the past and the future, and interested in taking care of nature, traditions and our history,”

In the 18- and 1900s, Hvitsten had become the most important holiday destination for people living in Oslo, including members of the Kristiania Bohemians – a political and cultural movement of the 1880s.

Famous artists such as painter Oda Krohg, writer Hans Jæger and artist Theodor Kittelsen were all known to spend their summers enjoying Hvitsten’s scenic landscape. However, the most famous visitor, and later landowner, was Edvard Munch, the artist behind the renowned painting The Scream.

Storskogen says: “Munch bought the house at Ramme in 1910 to complete his Aula decorations in the concert-hall of the University in Oslo and to find motifs.”

His house has been restored over the last ten years and this is the first year it is open to visitors at Ramme. Guests can join a guided tour of his house and enjoy high-quality copies of his paintings where they were actually created, as well as explore the surrounding areas to enjoy the scenery he painted. To see some of the actual originals by Edvard Munch, you can enter the brand-new underground Ramme Art Gallery and enjoy the exhibition Munch by the Fjord.

“He painted a bit differently when he was here, capturing the vitalism and the nature in a completely different way, which we show photos of as part of the tour. It is part of telling his story from Ramme and the stories behind the paintings,” Storskogen says.

She continues: “There is one painting in particular, called Waves, which he painted at Ramme. You can actually stand in the bay he stood when he painted it and see the motif in real life.” 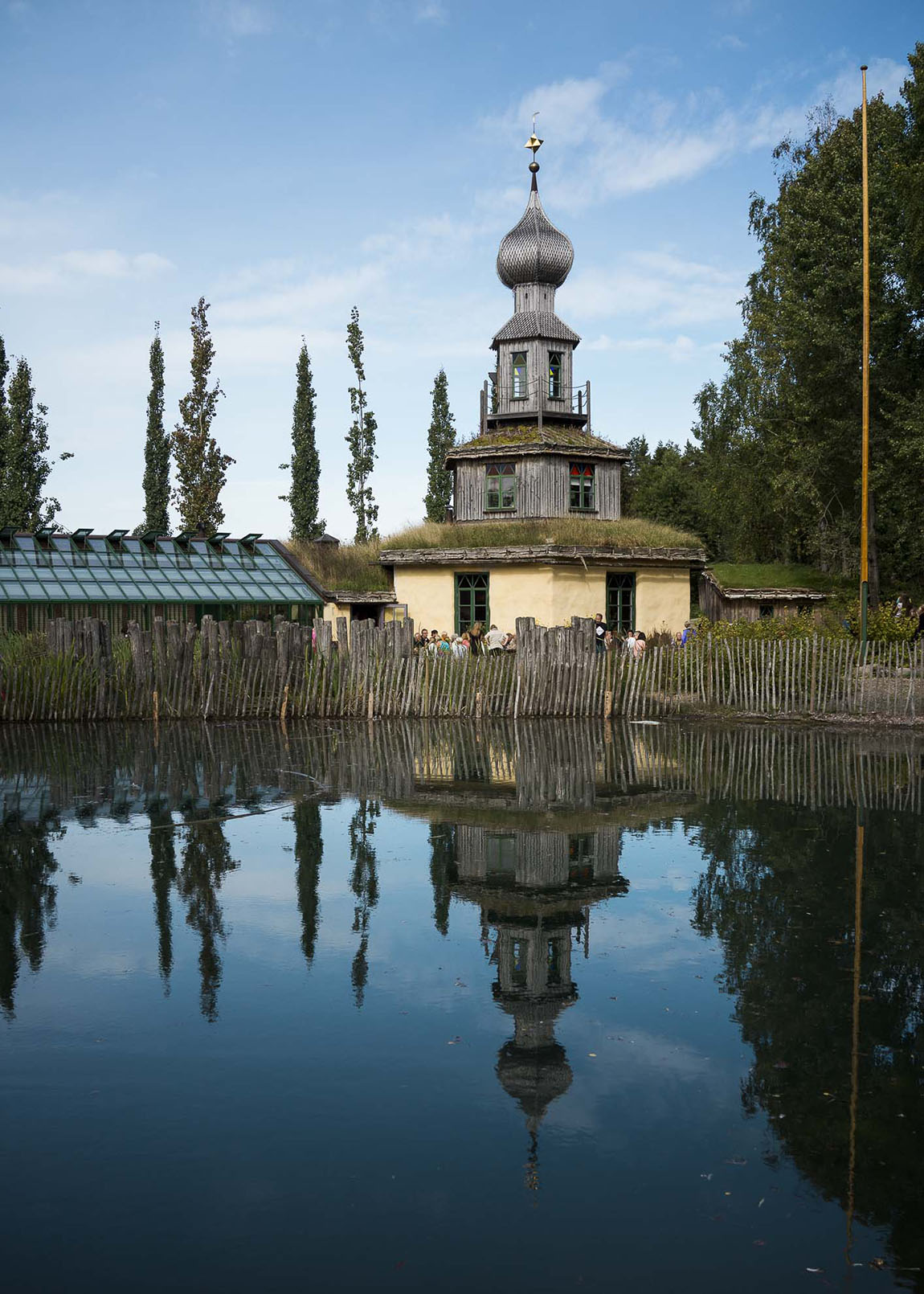 Edvard Munch bought a house at Ramme in 1910.

Norwegian art history is only one of a range of unique experiences the place has to offer. Ramme also has a farm open to visitors.

Animal husbandry has been central at Ramme since the bronze age and it has been organic since 1986, focusing its operation on sustainability. Today, the farm houses typical farm animals like cows and hens, as well as a range of heritage breeds such as Telemark Cows, Mangalitza pigs – dubbed ‘wool pigs’ in Norwegian – and the old Norwegian sheep breed ‘Gammalnorsk spælsau’. They even keep bees to produce their own honey. 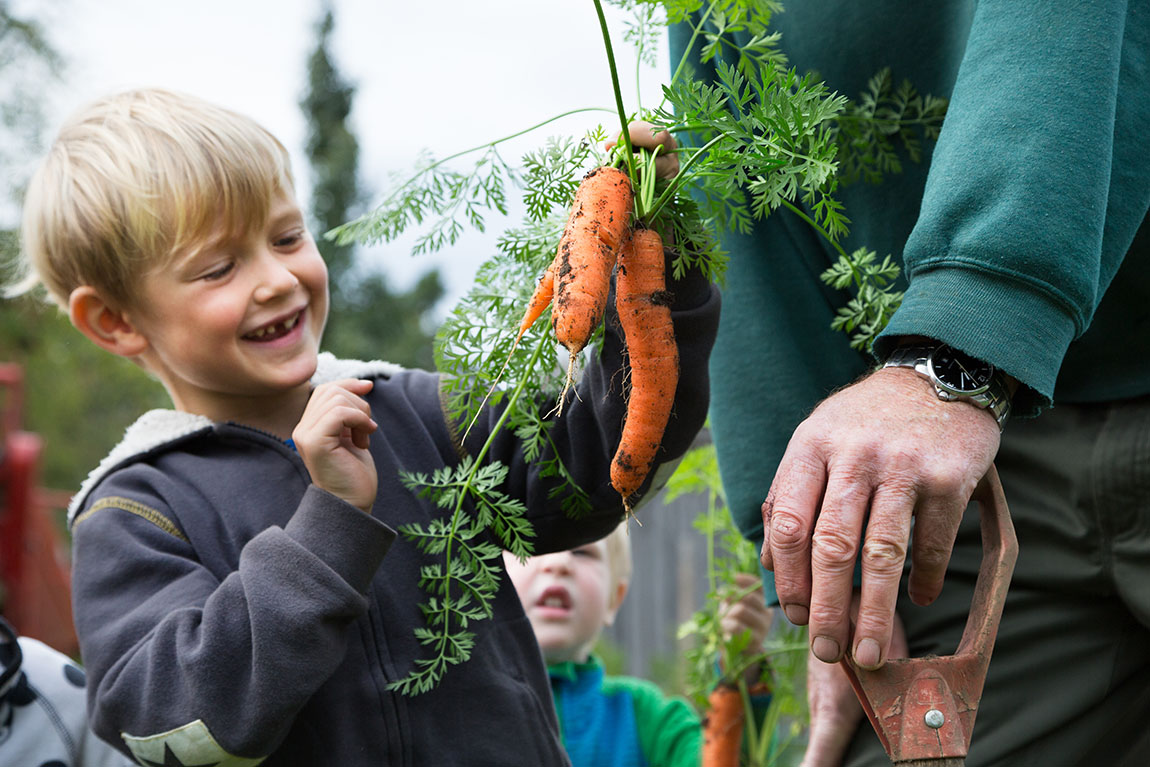 Sustainability is the farm’s key focus and has been ran organically since 1986. Photo: Sofie Olsen

Ramme’s restaurant bases its menu on meat, vegetables and other farm products from Ramme farm. It’s the only hotel in Norway certified with the Debio Gold standard, with a minimum of 90 per cent organic food.

“The farm is open for visitors to see all our animals and learn more about organic farming, but we also use it to produce food for our restaurant,” Storskogen says. “And we also grow seasonal fruit and vegetables like carrots, cucumbers and tomatoes, which one can buy at our farm store.” 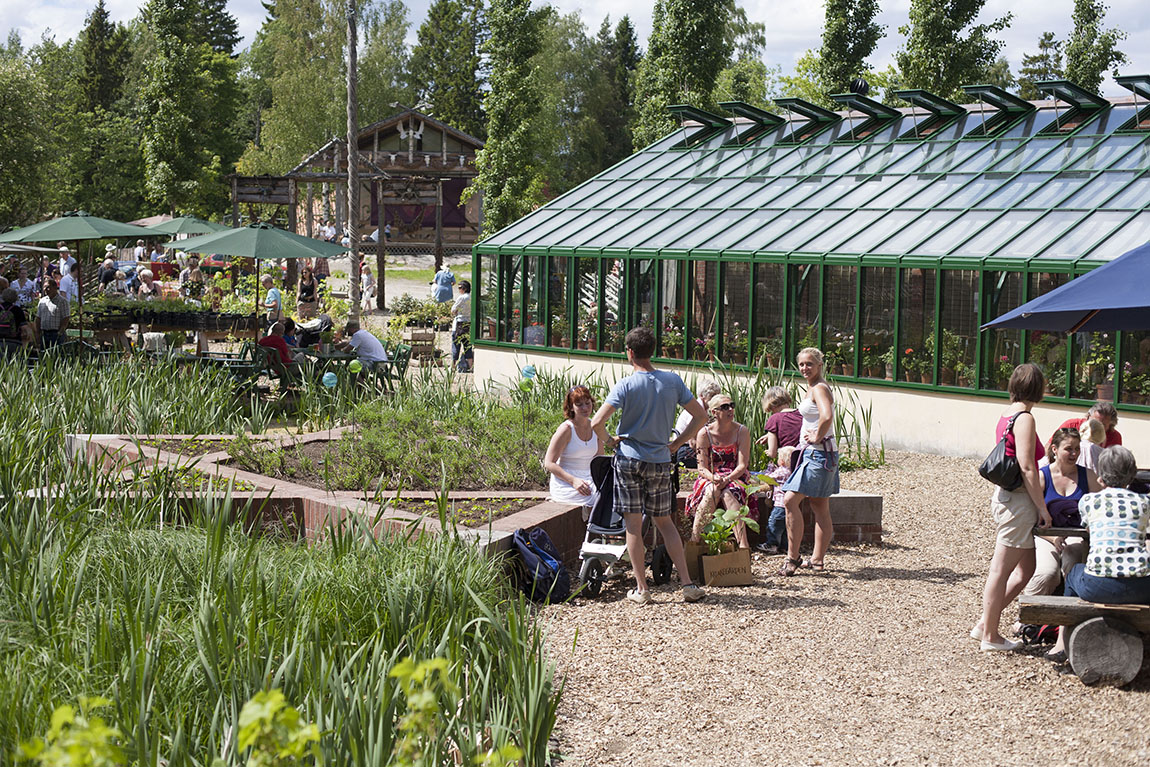 At Ramme’s farm visitors can buy seasonal fruit and vegetables grown at the farm.

A historical visit
As a guest at Ramme, one can expect a sea of history and culture, surrounded by idyllic nature. Aside from numerous experiences at Ramme itself, the area is also filled with spectacular walking and hiking paths.

Built in both 1770s and 1880s style, Ramme Fjordhotell offers a one-of-a-kind stay, with each room named after a Munch painting and with views over the farm and the fjord. The hotel is uniquely decorated with both antiques and original art by known Scandinavian artists, which also makes it an art hotel. 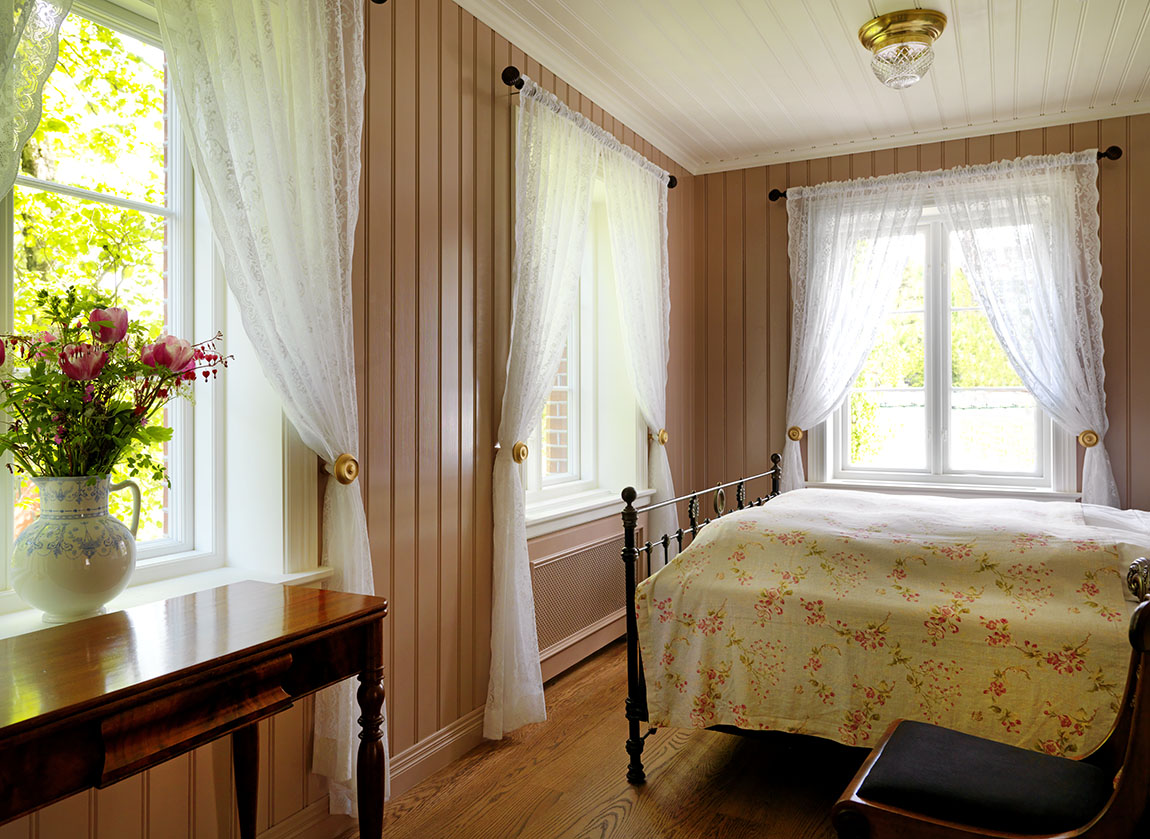 Each room at Ramme Fjordhotell is named after a Munch painting. Photo: Studio Dreyer + Hensley

“My favourite thing about Ramme is that you never run out of stories. I have worked here for many years and I still experience and learn something new all the time. Everything has a history – every building, every place,” Storskogen says. “And of course, it’s very beautiful here. Right now, I’m sitting by the window looking at the cherry trees in full bloom and hearing the birds sing. It’s very peaceful.”

Monica Busch: The artist who thought she couldn’t paint