Some products just seem to incorporate the soul of a country. For Norwegians, aquavit is considered such a product.

This clear, strong liquor, made of potatoes and aged in oak barrels, is perhaps the most Norwegian of all drinks. Traditionally it is consumed at lavish Christmas dinners, where it is presented as a digestive aid to help cope with hearty Norwegian cooking, but aquavit is much more than a digestive; it is part of a culinary history that goes back centuries.

In an effort to preserve that tradition while creating new, exciting and modern products, new Norwegian distilleries have come forth over the past few years. Few of them, however, can boast the heritage that Atlungstad Distillery can.

Located in the historical Atlungstad Distillery, the oldest functioning distillery in Norway and officially recognised as industrial cultural heritage since 2013, Atlungstad Distillery and its staff produce a range of different aquavit blends for different occasions, as well as their own gin. All products are made from Norwegian potatoes and predominantly use Norwegian-grown spices, and most of them are aged in oak barrels for between six months and five years. 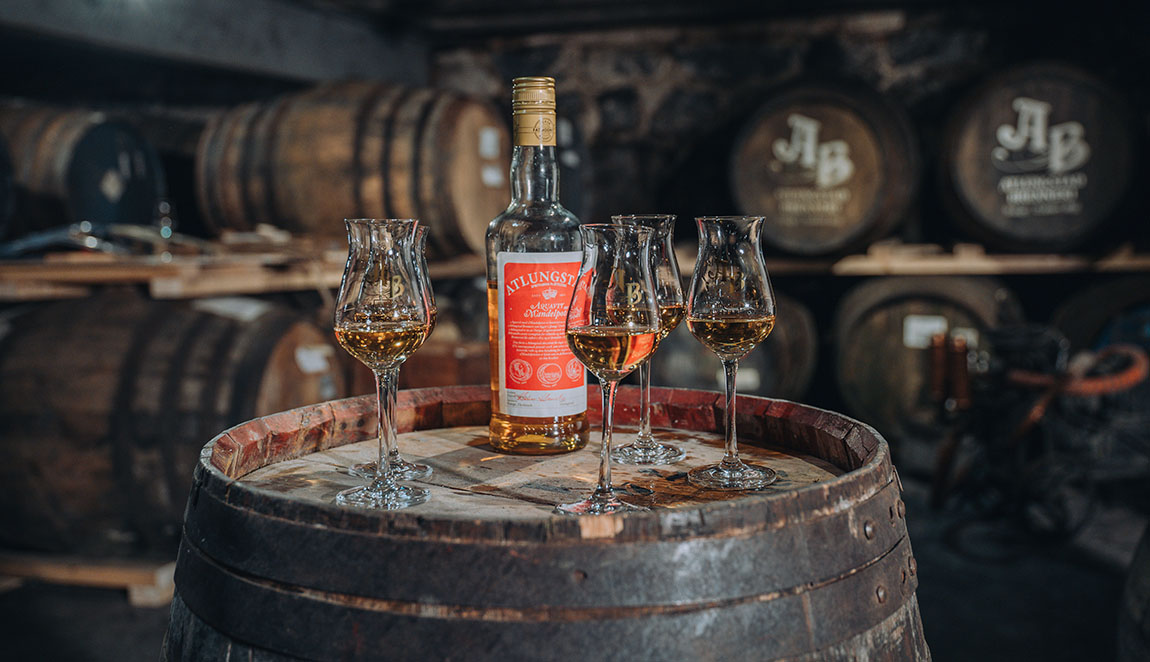 A taste of aquavit.

“In Norway, aquavit used to be seen only in connection with Christmas, but in recent years this has changed and aquavit is now widely used in cocktails,” says Romain Jourdan, manager of the Atlungstad spirit brand, explaining that aquavit is very similar to gin and that bartenders around the world are experimenting with it.

In accordance with Norwegian law, in Norway, the aquavit from Atlungstad is sold at the state-owned Vinmonopolet, not in regular shops. Perhaps the best way to try it, however, is by paying a visit to the production site.

Atlungstad Distillery is supremely located on the shores of Mjøsa, a beautiful lake in eastern Norway, and visitors can enjoy a wide variety of guided tours to learn more about how aquavit is made. These can be tailored to each group and may include snacks or full meals at the acclaimed on-site restaurant, where dishes are made with local produce, either using aquavit in the cooking or to be accompanied by a little glass of aquavit – or two.

There is a beach and a dock at Atlungstad, where guests can enjoy the sun during their visit. Atlungstad Golf is also very nearby, inviting visitors to try out their courses while at the same time organising overnight stays for those who look to spend the night in this idyllic area.

While summers around the Mjøsa lake are renowned, the distillery remains open also when the green fields turn enchantingly white with snow. “We are a destination to be enjoyed all year round,” stresses Andrea Jervidalo Jensen, manager at the location Atlungstad Distillery. 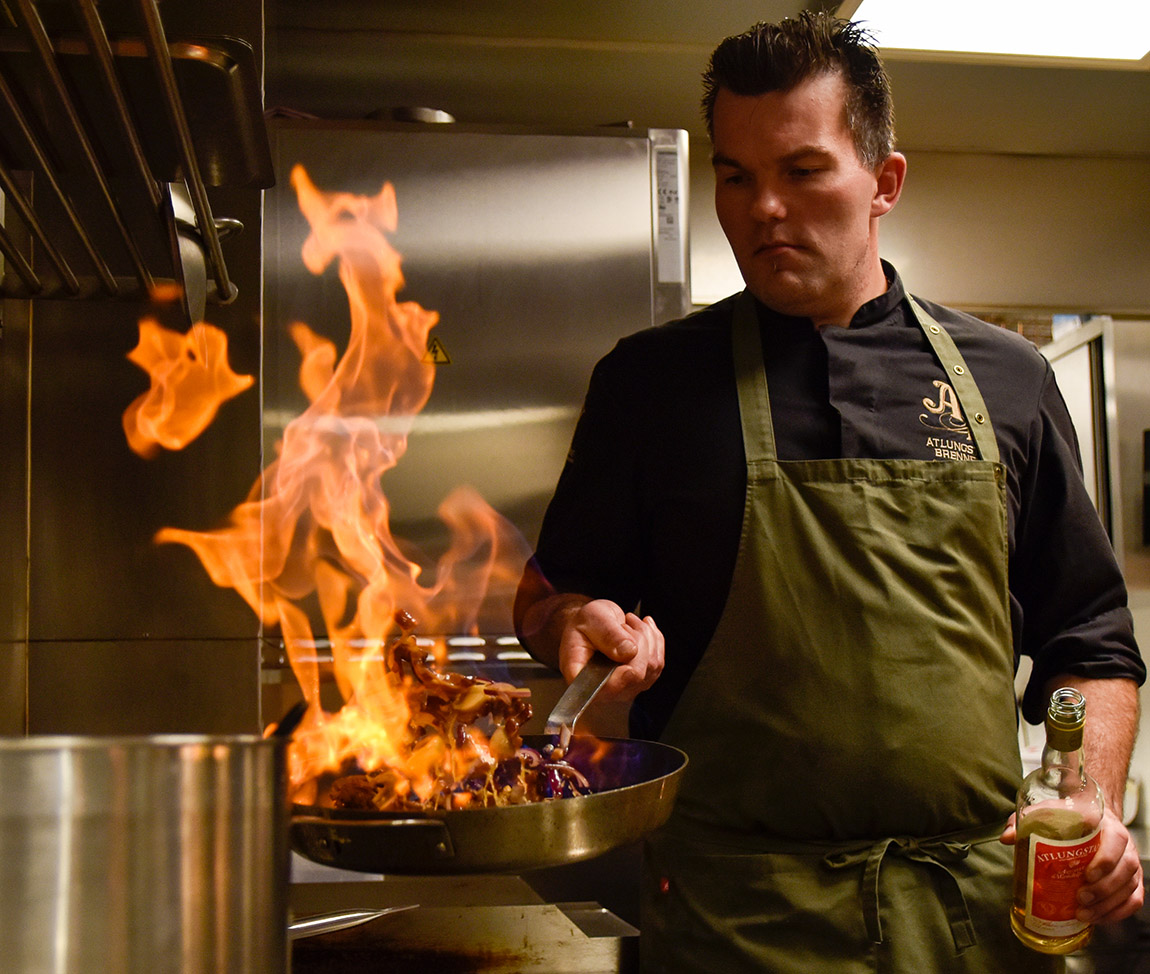 The on-site restaurant offers dishes composed to suit the aquavit.

Styrsö Skäret: The Swedish archipelago – closer than you think