Bankkjelleren: Christmas in the vault

In the heart of Kristiansand on the south coast of Norway stands an impressive century-old neoclassical building. Surprisingly, however, it is the basement of this building that has the most to offer. A Christmas party at Bankkjelleren, the old bank vault, is one of the most extraordinary ways to ring in the Christmas season.

Built in 1892 by the private bank Søndenfjelske, Bankkjelleren was designed by the architect Richard Mauritz Tønnesen, who won the competitive bid. With four monumental Greek-like columns placed diagonally on the corner of the two streets, Dronningens Gate and Markens Gate, the building has a distinctive character with its mix of neoclassical design and early signs of jugendstil, the popular decorative art form from the late 1800s, on the small pillars on the roof.

After a century of operation, the bank finally shut its doors for the last time in 1992 and the new tenant, a fast food restaurant, moved into a section of the premises. It was in 2012 that the impressive building was acquired by the new owners, Hillegarn Eiendom AS, who subsequently renovated the property, opening up the old bank vault in all its former glory as Bankkjelleren’s function rooms. Earlier this year, Bankkjelleren introduced another function room on the first floor, expanding its capacity to host larger groups, just in time for the Christmas season.

“We are incredibly proud of how the vault has been preserved and made available to the general public,” says the owner, Martin Graham. “In the vault, Bankkjelleren offers a most unique atmosphere – a fascinating mixture of old world charm and modern functionality.” 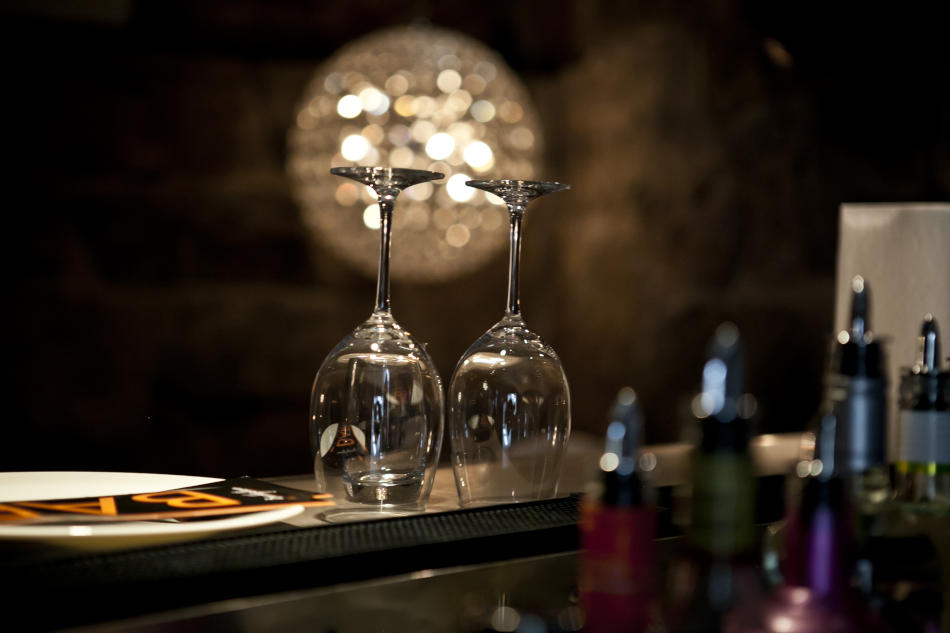 Bankkjelleren has hosted conferences, seminars, memorial services, concerts and even a fashion show. Most recently, the famous musician and activist Bob Geldof dined in the vault.

Today, the establishment offers space for all types of events and parties: from small, intimate dinners of ten to 15 people to parties and weddings of over 85 people. The main hall seats 85 people for dinner while the new first-floor hall seats 100 people or can host 120 guests for conferences and other events.

At Christmas time, the establishment is decorated appropriately to herald in the festive season. Glowing Christmas stars are suspended on the walls and over a hundred candles are lit to complement the light fixtures in the floor, creating a spectacular atmosphere no matter the time of day.

Few establishments can boast the exclusive features of an original bank vault. In the basement, the renovation in 2002 ensured that the original masonry and other features were preserved. The main addition is what now adorns the walls and the floor.

The renowned deceased Norwegian artist Kjell Nupen, a Kristiansand native and friend and mentor to Queen Sonja, was commissioned to do Bankkjelleren’s artwork and light fixtures. Distinctive, colourful glass trails have been inserted into the floor and run throughout the venue, complementing Nupen’s colourful paintings and glass pictures on the walls. The venue is to some extent a miniature art exhibition.

Christmas time is a busy period for Bankkjelleren, when the establishment hosts Christmas lunches and parties, known in Norway as a julebord, for both small and large groups.

With its fully equipped kitchen, Bankkjelleren delivers culinary delights to its guests, all served on elegant white porcelain dishes. During the Christmas season traditional Norwegian dishes feature strongly, including the fish dish ‘lutefisk’ (aged stockfish) and meat dishes such as ‘pinnekjøtt’ (salted, dried ribs of lamb or mutton) and ‘ribbe’ (crackling pork belly). For those seeking a modern twist, Bankkjelleren even offer a Christmas-themed tapas menu. “From buffets, sandwiches and finger food to three-course dinners and lunch meetings, Bankkjelleren caters to all,” says Graham.

Interestingly, Bankkjelleren also offers a full event management service to provide inspiration and help plan all aspects of an event or party, ensuring that it is a once-in-a-lifetime experience, whether at Bankkjelleren’s own venue or elsewhere. The catering function is available for private parties and can cater to groups of over 1,000 people with door-to-door delivery, a popular choice for Christmas events hosted elsewhere.

When planning your next Christmas julebord, why not unlock the vault’s treasure and host it at Bankkjelleren for a truly original occasion?

Bankkjelleren consists of the main hall in the old bank vaults in the basement and the recent addition of a second hall on the first floor. The establishment also has a lounge room with a stage, a licensed bar, and a fully equipped kitchen served by a team of talented chefs and waiting staff. For more information, please visit: www.bankkjelleren.com