Barents Spektakel: The festival that is breaking the boundaries

This February, in one of the intriguingly coldest and darkest places in Norway, close to the Russian border in a town called Kirkenes, the festival Barents Spektakel will not only challenge our perceptions of our neighbourhood, affiliation and geographical location – it aims to blow it to pieces.

Collaborating across borders, the cultural-political festival in Kirkenes aims to explore the core of the nature verses nurture discussion through contemporary art, performance art, literature, theatre, film, seminars and concerts, all blended together with topical societal issues related to Barents.

Located 11 kilometres from the Russian border and 35 kilometres from the Finnish border, the town of Kirkenes is ideally located for cross-border collaboration and cultural exchange in the Arctic. Embracing the cold and darkness ruling the area in February, the festival brings the place to life.

A place with such significant history is yet again finding itself at the centre of cultural and political shifts, and Barents Spektakel’s vision is to explore these boundaries.

“The unique thing about this year’s programme is that we are taking the festival to Russia as well as Kirkenes,” Michael Miller, media and public relations manager for the festival, says. “In previous years, Russian artists have performed in Norway, but this year we will also be crossing the border ourselves.”

The festival theme for the 2016 Barents Spektakel is Rethinking Location – a theme that forms the basis for the programme of visual art exhibitions, public discussions and the Visual Art Seminar. “The artworks for the 2016 Barents Spektakel reflect and discuss the vulnerability of our sense of place, while simultaneously exploring whether our identity is a result of where we live, or if we instead make choices to migrate to places that suit us,” Miller explains. 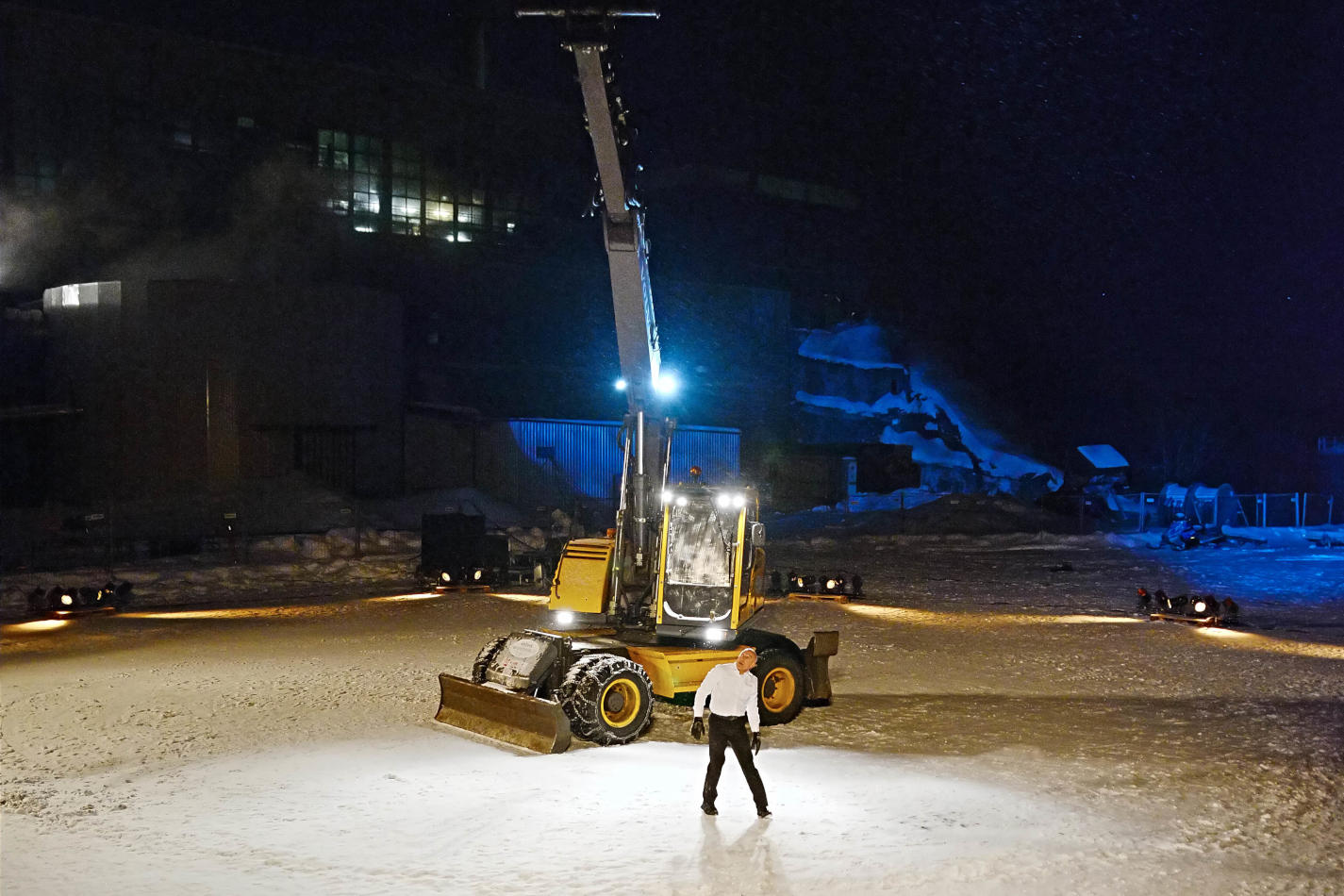 Two of the artists displaying their work during the festival are Swedes Michiel Brouwer and Anders Sunna. The duo, who previously made a name for themselves displaying both photos and paintings aimed to raise questions regarding the Sámi people’s rights and the problems with the local mining industry, has travelled across the Barents area, through Finland, Russia, Sweden and Norway, to gather material for this installation.

“The installation exhibits insight into a different world. It captures a complete and honest portrait of the entire area,” Brouwer says. The artists are clearly committed and continue to talk about what they have seen and captured during their journey in the north.

“Perhaps surprisingly, the difference between the Russian side and the Norwegian and Swedish sides is not as significant as one might think. On both sides, we can see how destruction of nature and society is a direct consequence of the mining industry,” Brouwer suggests. “It’s more blatant in Nikel in Russia – where even the sea is green from the nickel and waste – and the way we see it, that’s a sort of fast-forward button for the rest of the area.”

Displaying both paintings and photos in their installation, which will be unveiled in Krikened during the festival, the artists want to provoke thoughts while sending a signal of the dangers ahead, should these “shameful acts” continue.

“We want to make it powerful,” says Anders Sunna. “The dramatic consequences for the people living in the area are scary. In Russia, we saw that the life expectancy age has drastically decreased, while there is an increase of infertility among the women there. The thing about images is that they send a stronger message and prove so much more than rapports and academic essays. For many people, it’s a matter of ‘if it can’t be seen, it’s not happening’. Pictures, on the other hand, show everything so much more vividly.” 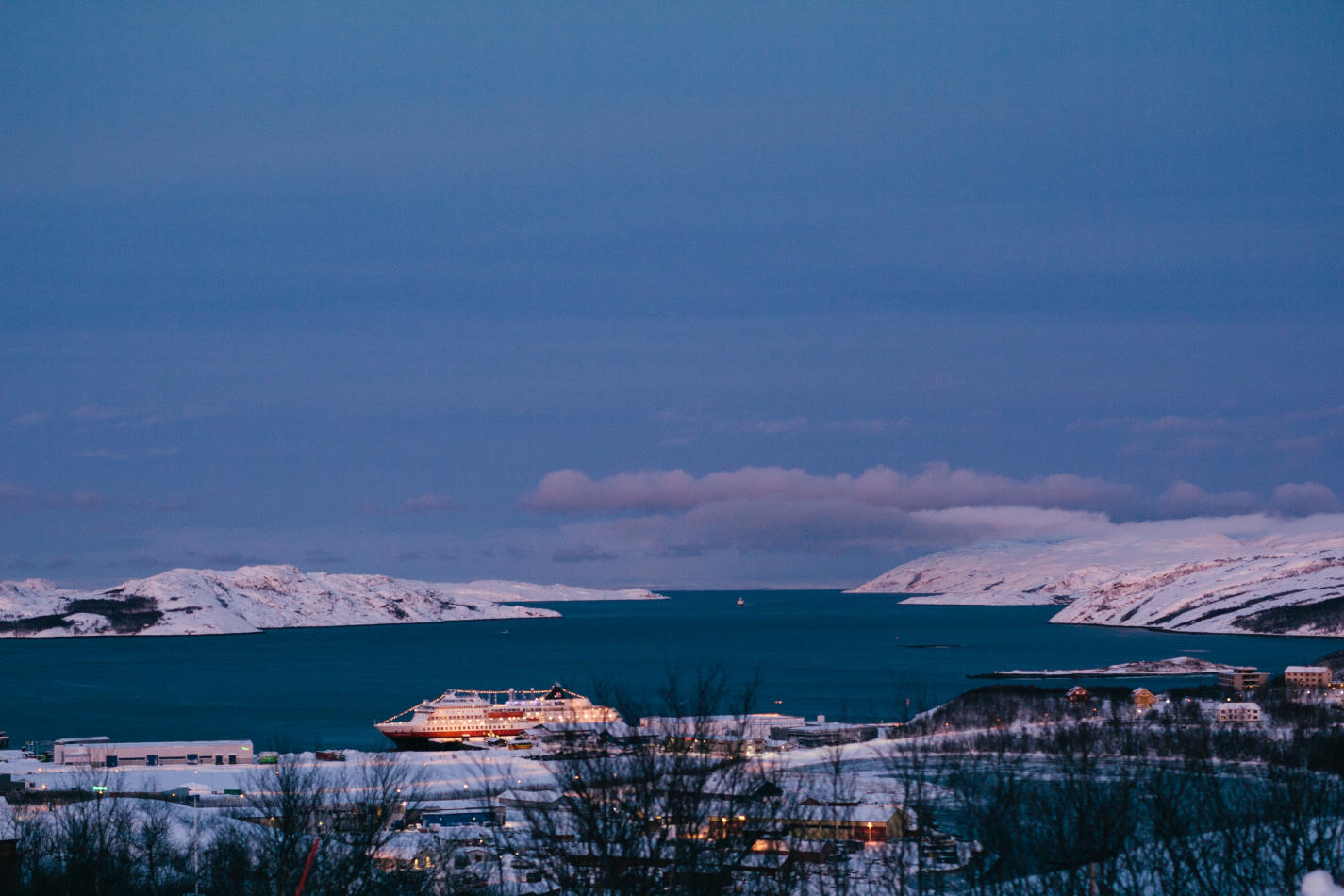 Rethinking location
Barents, consisting of the northernmost parts of Norway, Sweden, Finland as well as northwest Russia, was until the early 19th century a geographical area without national borders, a premise for the rich and highly mixed cultural heritage that is still alive in Barents – a heritage celebrated by the Barents Festival, whose ambition is to develop a platform across borders, where art projects between different countries can help inspire and open up dialogues for people to discuss issues regarding the area.

“We don’t have an agenda or message; we just want to start a dialogue,” says Miller. “In these times of economic uncertainty, new migration routes and increasingly cold ideological rhetoric between capitals, the perception of place requires continuous rethinking. Shifting cultural, political and economic factors all play a role in shaping our perception of our neighbourhood, city, nation, region and, most importantly, ourselves,” Miller says. “In the north, there are lessons to be learned from our past as well as the mistakes and triumphs of our neighbours across all borders. There are risks and opportunities, and both bright and destructive visions for the future.”