Bridging cultures all over the world

When it comes to cultural collaborations, few have had the resounding success of the Danish/Swedish TV-series The Bridge. Celebrating the BBC’s forthcoming release of the show’s fourth season, the team behind the drama paid a visit to London to talk about cultural differences, how TV can make the world a better place and where the final season might leave the two protagonists (no spoilers).

Hosted by the Danish and Swedish embassies in London, the team behind The Bridge was met by an impressive number of journalists and Nordic Noir enthusiasts. With Swedish Sofia Helin (Saga Norén) and Danish Thure Lindhardt (Henrik Sabroe) among the guests, the discussion quickly turned to the challenges and lessons learnt from the Danish/Swedish collaboration. “We learned that we’re all humans; it doesn’t matter if we’re from Denmark or Sweden,” Helin enthused smilingly, showing everyone that Saga is very much the result of great acting and writing rather than a natural part of Helin’s own open-hearted persona. Lindhardt had a slightly different take and dryly joked: “Yes, I think it’s only 600 words that are actually different between Danish and Swedish; the rest is just accents, dialects and weird behaviour.”

While Lindhardt joined the series in season three, the forthcoming season is Helin’s fourth, and final, spell as Saga. Her portrayal of the highly intelligent but emotionally pent-up police officer has been accredited with much of the success of the show, which is BBC Four’s highest-rated drama ever. With season three watched by more than one million British people, the fourth and final season will be aired on BBC Two.

Can a TV show change the world?

While the Danish/Swedish The Bridge is coming to an end, new versions of the drama are airing all over the world. On top of The Tunnel – the British/French remake of the Bridge – American/Mexican, German/Austrian and Russian/Latvian versions have been, or are to be, produced. At one point, a South/North Korean version was even on the cards, but was eventually abandoned. Hence, it is natural to ask, can TV actually help build bridges across cultures?

Lindhardt believes that the broader cultural scope of TV can, at the very least, help change the way we see the world. “I think it’s really interesting what’s going on for actors all over the world at the moment. You can record something in a hotel room in Spain and, two months later, you’re shooting in New York,” said the actor, who has played in several Hollywood films. “It’s changing the whole idea of how we perceive and see human beings, because the scripts are becoming so much better and are helping promote and show human beings of different race, sexuality and so on; I think it can change the world.”

However, Swedish producer Lars Blomgren revealed that the ambition was initially not at all as big as such; the producers just wanted to get the show on Danish TV. “It seemed to us that while all the Danish shows were airing on primetime on Swedish TV, none of ours made it to Denmark. We thought, if we just create something that looks Danish, then we can at least get it onto Danish TV,” he said and added, laughing: “and then we just overshot the target a bit.” 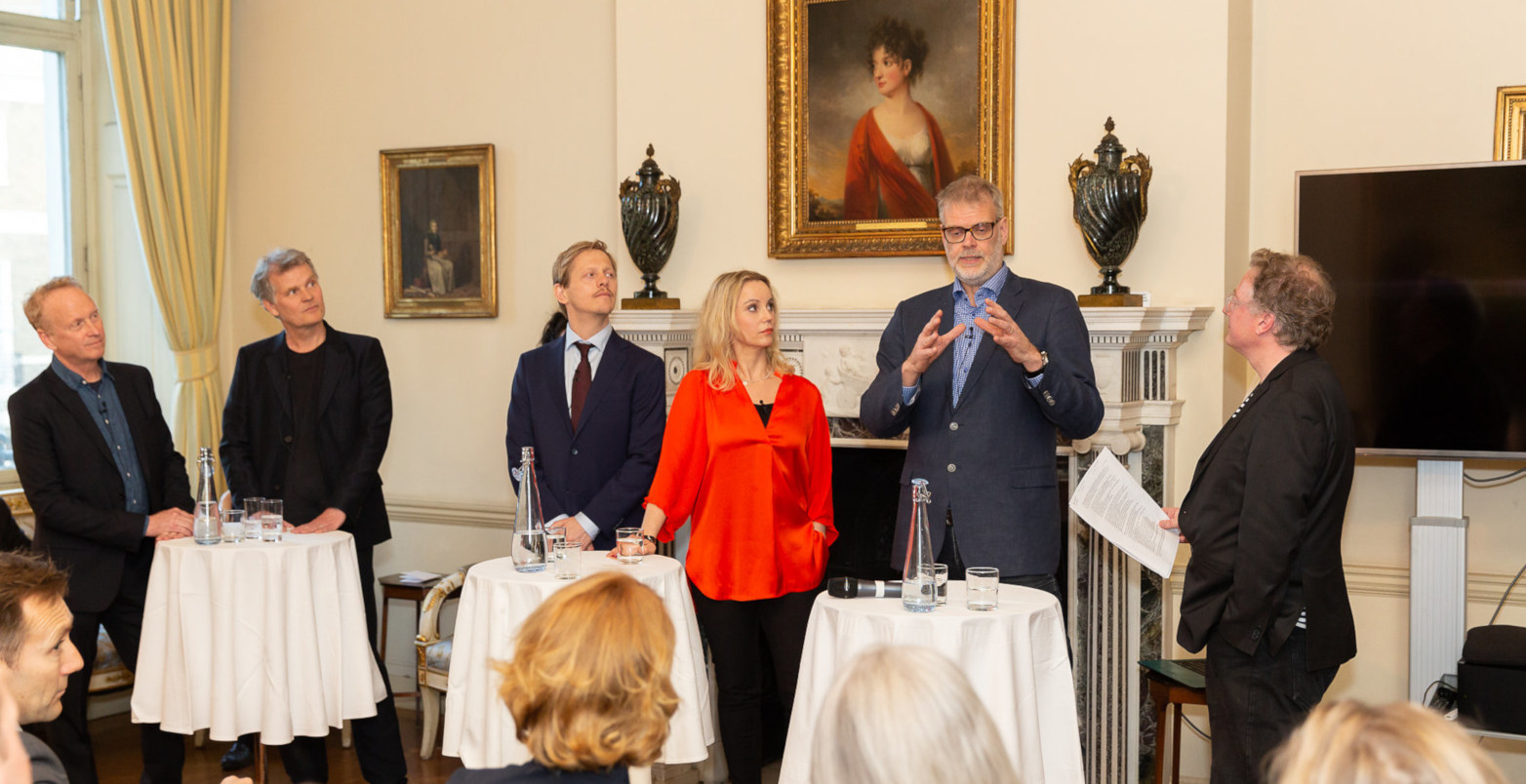 While the big finale was something everyone kept tight-lipped about, the show’s writer, Hans Rosenfeldt, opened the lid a little on the process that brought the show to an end. “We wanted to give them [the characters] a good ending, the ending they deserved,” he said. “All the other seasons we wrote as a part of a series – we didn’t know if we would be commissioned again. But this time, we knew we could actually write an ending, and that was truly helpful.”

Sadly, for those of us hoping that this might not, after all, be the very end, the producers agreed that it is “100 per cent sure” that it is. Hence, all there is left to do is savour every bit of it, and from what we heard, it is going to be more Nordic Noir than ever. “It’s very emotional; the first time I pitched it to my wife, I started crying,” admitted Blomgren.

Time to get the tissues out.