In the autumn of last year, more than 100 midwives in Stockholm, Sweden, resigned all at once. They’d had enough. At the same time, midwives marched in the UK, and a digital solidarity demonstration was organised by birth rights organisations in Norway, Denmark and Sweden. But Scandinavia is known as a haven for gender equality with near-perfect healthcare systems – so where did it all go wrong?

“I guess people generally think about Swedish healthcare in a positive light. I’m not sure they know a whole lot about our maternity care though – like the fact that it’s pretty much only hospital care that’s offered, while our neighbouring countries have midwife-led units that work with normal birth and home birth,” says Asabea Britton, a Stockholm-based midwife whose blog and Instagram Q&As have a huge following.

Asked about the recent wave of resignations, she maintains that the crisis is old news. “Sweden’s maternity care has been in crisis for as long as I can remember, but it’s been getting progressively worse,” she explains, saying that last year’s developments were simply a case of midwives having had enough and putting their foot down. “It’s sad to have to do something as drastic as that, but I’m proud of my colleagues; I think this is what’s needed to affect real change.” 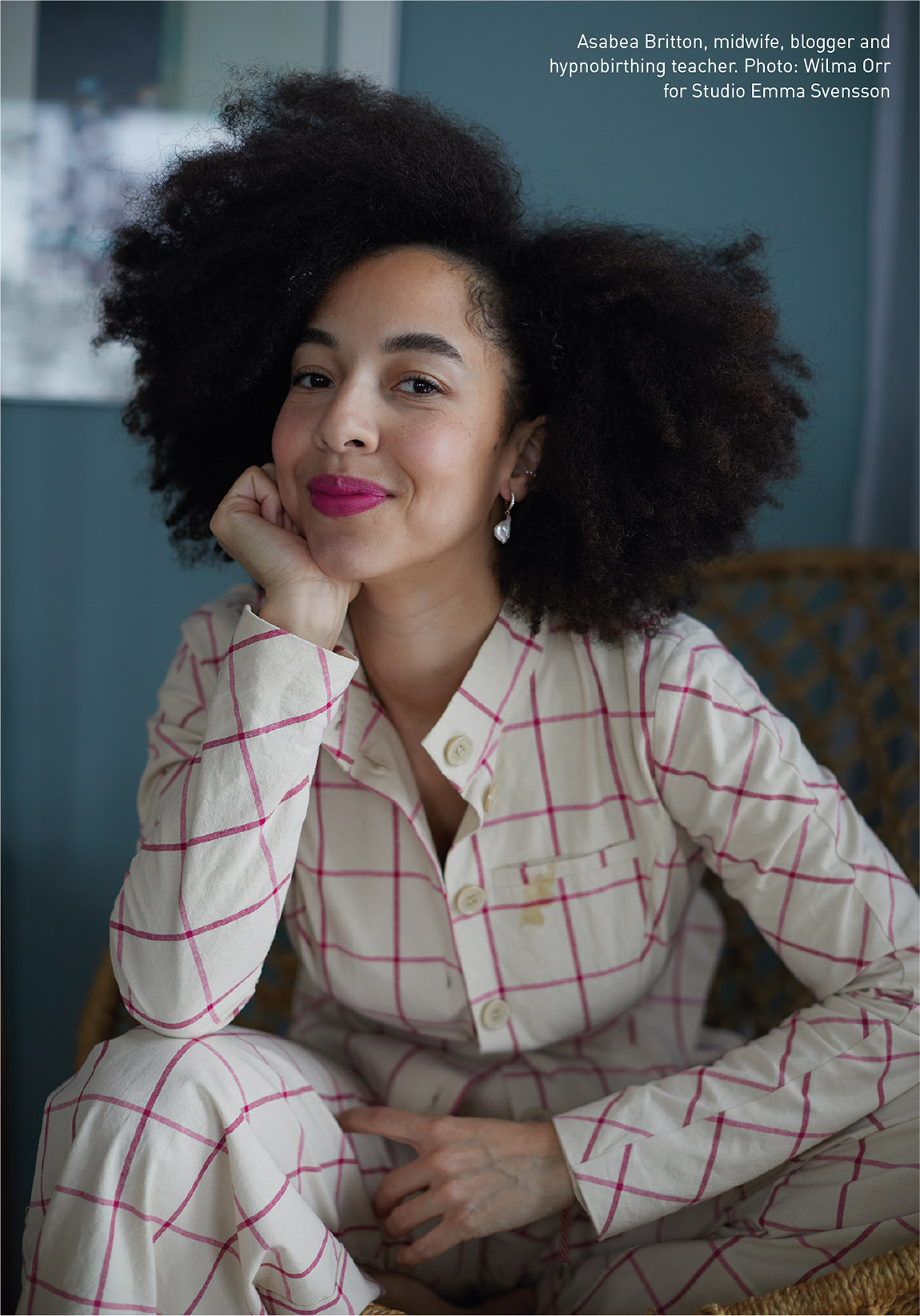 Asabea Britton is a midwife, blogger and hypnobirthing teacher. She writes about life as a midwife and mother in Stockholm and answers questions and shares tips through her popular Instagram account. Web: www.hypnokurs.se Blog: www.asabeabritton.motherhood.se Instagram: @asabea

‘Norwegian women have lost faith in their bodies’

For Norwegian writer Line Sloper-Svanevik, that same conviction grew out of her own experiences of pregnancy and birth. “Like most people, I’d grown up under the impression that birth was undoubtedly going to be a painful, traumatic experience. Based on the accumulation of stories I’d heard and seen on TV, it seemed to be the general consensus that birth is awful and there’s not much you can do about it,” she says.

When she got pregnant, however, something told her to dig a little deeper. “I just couldn’t bring myself to believe that birth had to be like that,” she says. Then based in the UK, she asked a midwife and was told about hypnobirthing – a conversation that became the start of a long journey of discovery and passion.

Convincing her husband to get on board with what she jokes sounded a little “too hippy-ish” wasn’t easy, “but after his first hypnobirthing class, he was sold”, she says. Her first birth went almost exactly as she had hoped. “I was able to use the birth pool, I felt really strong and supported. 27.5 hours out of 28 were exactly how I wanted,” she says. “Then the plan went out the window and I ended up needing forceps, but I felt I coped really well because I had the information to make the decisions I wanted to make.”

By the time Sloper-Svanevik got pregnant again, she had returned to her native Norway. Entering the maternity system there was, she says, an eye-opening experience. “I stuck with the hypnobirthing because I’d benefited so much from it the first time, but none of the healthcare practitioners I met in Norway had heard of it,” she recalls. “I remember, at my 18-week scan, the midwife saying to me, ‘This sounds like something we really need in Norway, because Norwegian women have really lost faith in their bodies’ ability to give birth’. That really stuck with me.”

Her second daughter was born after “a straight-forward dream water birth” at a midwife-led birth centre, and Sloper-Svanevik’s mission was suddenly clear as day. “Two minutes after the baby was out, I was like, ‘Why does no one in Norway know about hypnobirthing?’” she laughs. 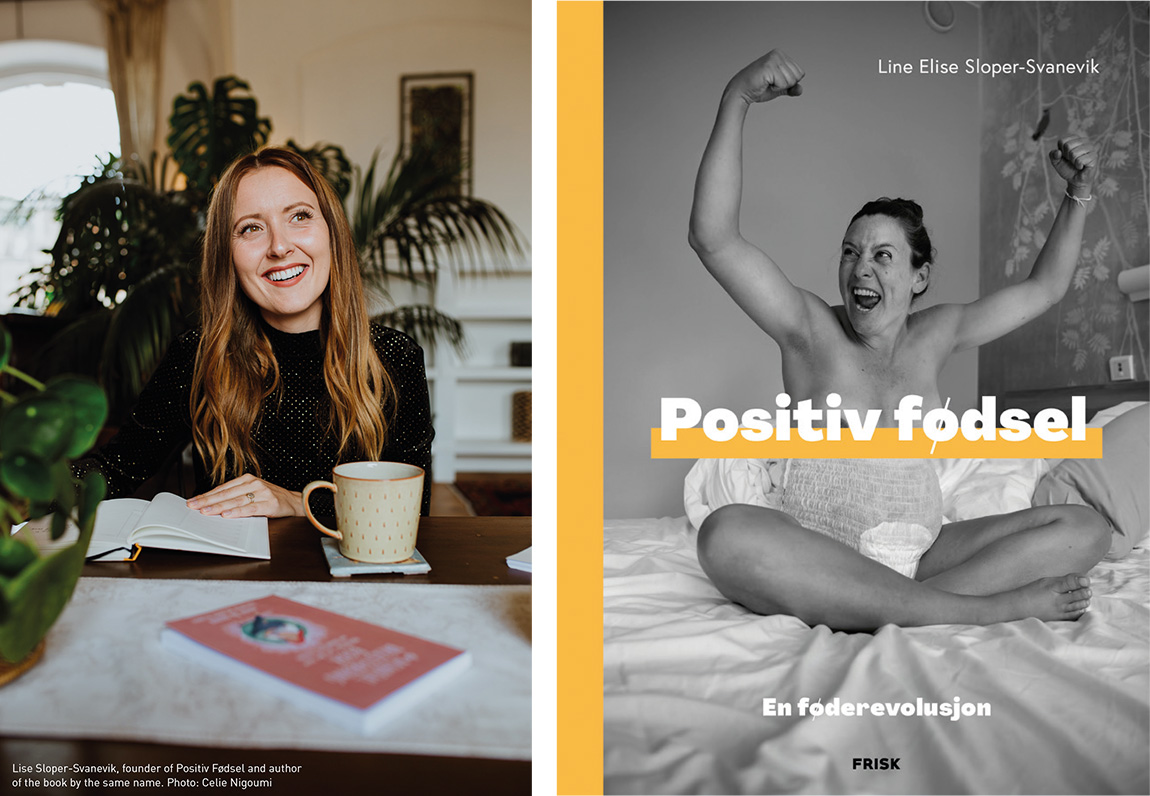 Line Sloper-Svanevik is the founder of the biggest hypnobirthing course in Norway, Positiv Fødsel. She recently published her first book, by the same name, which can be found in all major book shops in Norway. Web: www.positivfodsel.no Facebook: Positiv Fødsel Instagram: @positivfodsel

‘The most life-changing experience a person can have’

Britton went on a similar trajectory to Sloper-Svanevik in terms of birthing preferences. She gave birth to her first child in hospital with a number of different forms of pain relief, which went well, she says, “but I struggled with the fact that I might come across midwives I didn’t know, that the people I wanted there maybe wouldn’t be let in – all these things related to giving birth in a hospital, where someone else calls the shots. I was also sent home once, and that was so difficult for me mentally. Yet I couldn’t settle and find peace at home when I knew that wasn’t where I was going to stay.”

For her second birth, she decided to plan for a home birth. “It absolutely couldn’t have been a better experience. I knew exactly who would be there, I trusted them, I was allowed to labour in peace. I knew that I could give birth in water – just the feeling that I didn’t have to go anywhere, it was all so quick and easy. It’s the most life-changing experience a person can have,” she says. And yet, looking back at her first birth, she knows a home birth wouldn’t have been right. “I wouldn’t have felt safe with it then.”

The latter is an important distinction, which she returns to, and which Sloper-Svanevik echoes: “For me, the most important thing is that women have the information they need to make informed decisions. Whatever happens, you need to know what the benefits are, the risks and the alternatives,” she says. “The most important thing is that women are supported in the choices they make. We’re all different – not everyone will want the same type of birth.”

Putting her time and effort where her passion is, Sloper-Svanevik decided to attend hypnobirthing teacher training in the UK in order to bring the methodology back to Norway. With a small baby at home, she then started by creating an online course – something that she is thankful for now, with pandemic-related lockdowns having struck only months later. Now permanently back in the UK, her online course is flying, more than 3,000 women have taken the course in the last two years, and she has midwives offering follow-ups with students in a Facebook group. And in August last year, she was offered a publishing deal.

Positiv Fødsel (‘Positive Birth’), the book by the same name as the online course, is for any pregnant woman, whatever type of birth they might want, offering practical hypnobirthing tips as well as lots of information on what happens to the body during labour and birth. “I guess the book was born in my head before I even decided to start my company, because I had this intense urge to get this information out to as many people as possible,” Sloper-Svanevik says. “For many, many years, women have been led to believe that they have to do certain things because it’s what the midwife tells them, but we can say yes or no to whatever we’re being offered – that’s a choice you make. To a lot of people, this is mind-blowing.”

Her passion is unmistakable, but she is careful to stress that she’s not trying to sell a certain ideology or birthing preference, or to make other women feel that one type of birth is better than another. On the contrary, Sloper-Svanevik herself felt confused when it was insinuated to her after her first birth that it wasn’t a positive one, just because it ended up with forceps. “I was confused by the narrative that a positive birth has to be a water birth or a natural birth. In my head, it didn’t add up. I felt good despite not having had that experience,” she says, adding that the same goes for many of the women she’s worked with through her course. “I’ve got countless stories on my website of women who have had C-sections, home births, more or less medicalised births – and the reason they’ve had a good experience is that they’ve had good information; they feel like they prepared well and were supported, and that’s a positive birth experience.”

In Sloper-Svanevik’s experience, birth rights activists in the UK are surprised, even shocked, that somewhere like Scandinavia hasn’t caught onto the conversation about consent in childbirth. She quotes Milli Hill, author of Give Birth Like A Feminist, who says that birth is the land that feminism forgot. “In Norway, there’s such a strong movement for equality, but women still go into labour thinking they’re not allowed to do this or that,” she says. “Take vaginal examinations for dilation, for instance. People get really angry because I say that it’s a choice, and people feel that you have to have them when you give birth, but if someone’s putting their fingers inside you, that’s a question that needs to be asked first or it’s obstetric violence.”

Britton can relate and says that there’s a sense that women who give birth put themselves entirely in the hands of the maternity system. “Within the system too, there’s sometimes this sense that we’re saving someone from their birth. I wish more people would feel that it’s not something you need to be saved from – that it can be a fantastic, empowering experience,” she says. “The body is well able for this, but we’re not used to listening to the body and its intuition. Granted, that’s hardly surprising if you don’t have any references other than the odd anecdote and whatever you’ve seen on TV, where labour is always awful, the woman is screaming, the full lights are on – just awful.”

The protests in Sweden might just be working, with a new maternity ward opening up in Stockholm in 2023. That’s after a decades-long trend of maternity wards being shut down continuously, with only 44 remaining in Sweden today compared to 95 in the 1970s. That trend is mirrored in Denmark, where there are currently 23 maternity units, down from 42, as well as in Norway with its 45, down by 60 in as many years. And while the conversation about units and beds is more about budgets and staffing than it is about active consent, it’s hard to imagine that improvements can be made to the latter without the space provided by the former.

A week before our chat, Britton attended a Google Meet with more than 400 midwives – something that moved her to tears, she says. “We love our work, and we’re doing this for ourselves and for the families that are coming in to give birth. I didn’t become a midwife to try to manage three births simultaneously, just monitoring CTGs, never being able to go to the toilet and simply just feeling awful. It’s not worth it, and it’s not worthy.” 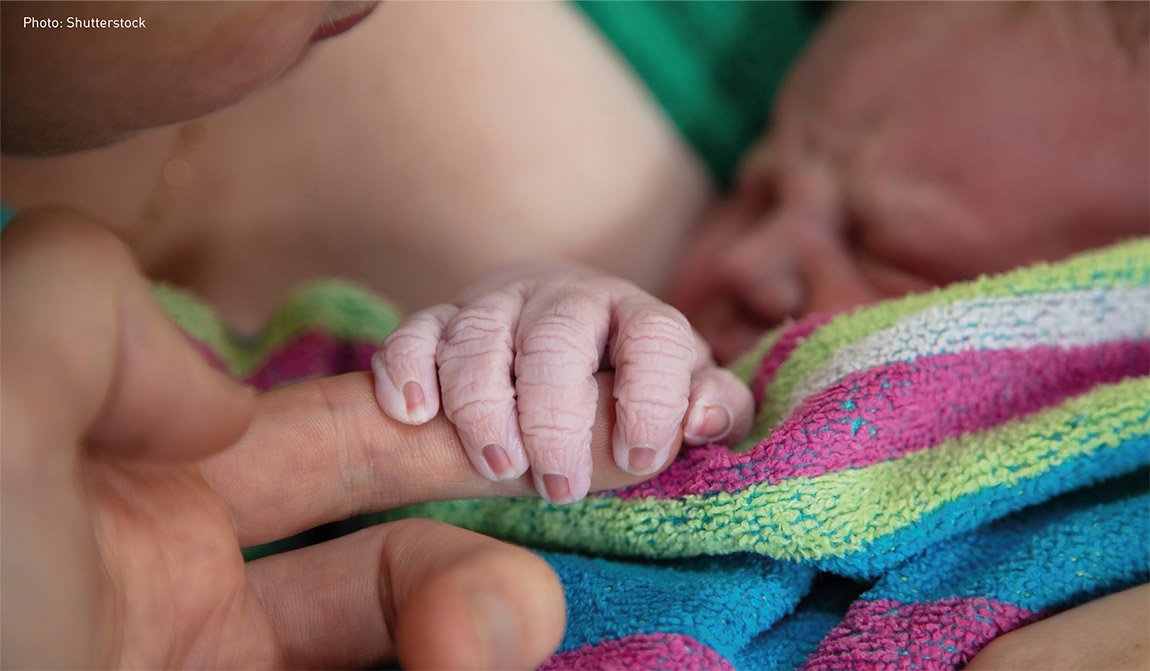