Chufa, also known as a tiger nut, is a small tuber originating in Africa. Interest in chufa is steadily growing around the world, and the little tuber has already become popular in Japan, Germany and North America. The tuber is not commonly known in the North, however, which is why friends Maria José Navarro, a Spanish national, and Lis Christiansen, a Dane, decided to bring chufa to Denmark – and beyond.

Known as the gold of the soil, the sweet and nutty-flavoured chufa is full of possibilities. It can be eaten as a snack,
used as flour, or grounded into milk and used to make the Spanish drink horchata. The tuber is a recognised superfood due to its high content of dietary fibre, some of which are naturally absorbed, whilst others help to clear the digestive system. “Chufa is very good for your digestion as it acts almost like a broom sweeping through your intestines,” Christiansen explains.

Navarro and Christiansen have enjoyed the great taste and high nutritional value of chufa for many years and, in
2013, they decided to start the company Nordic Chufa, where they still to this day work hard to raise awareness about the vegetable by importing and selling or ganic chufa to both private consumers and businesses.

Not only is chufa good for the digestive system, but it is also allergy-friendly. Flour made from chufa is gluten-free
and can be used as an interesting and nutritious substitute for other glutenfree flours. Milk made from the tubers is lactose-free and suitable for vegans. Chufa is also ideal for people with nut-allergies as its flavour resembles that of nuts without, however, containing any allergens, since it is a tuber. Christiansen adds: “Chufa can basically be used as a nut replacement in recipes, and as a substitute for milk and flour.”

The story of chufa goes back to about 5,000 BC, and the tubers are considered to be one of the earliest food sources
known to humanity. The vegetable was originally cultivated by ancient Egyptians, who also put tubers in their tombs as a present for the afterlife.

Chufa is a great alternative for anybody looking to add a bit of flavour, fibre, nutrition and superfood to their life. 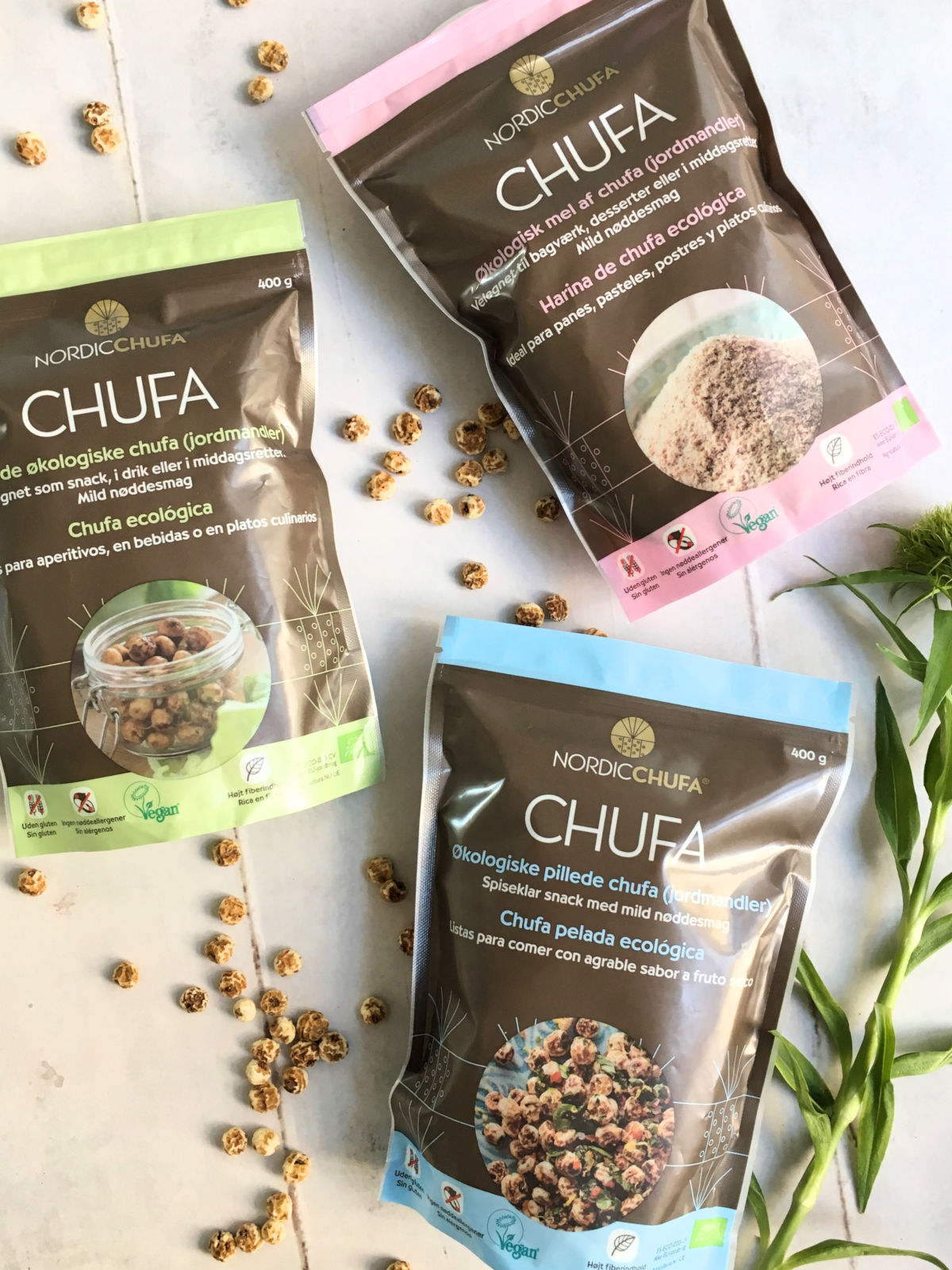