Almost a century after his death, the art of the rebellious Danish artist L.A. Ring is now in increasingly high demand internationally. In recent years, his works have been acquired by leading art institutions such as the National Gallery in London and Currier Museum of Art in the U.S. Currently, 25 works by Ring are the sole focus of the On the Edge of the World exhibition at the National Nordic Museum in Seattle.

Many Danish painters from the 19th century have established quite a name for themselves. In our time, Vilhelm Hammershøi is one of the best known, but even more popular in his own time was the Danish realist and symbolist painter L.A. Ring. Now, the modern art world is reigniting the relationship.

“I believe the growing interest in Ring’s work is a result of a transpiring perception of him as an artist representative of symbolism and Nordic art from the decades around 1900, something that is of great international interest,” explains Peter Nørgaard, senior researcher and chief curator at SMK – The National Gallery of Denmark. “Like Hammershøi, Ring is now perceived as someone special on the international art scene.” 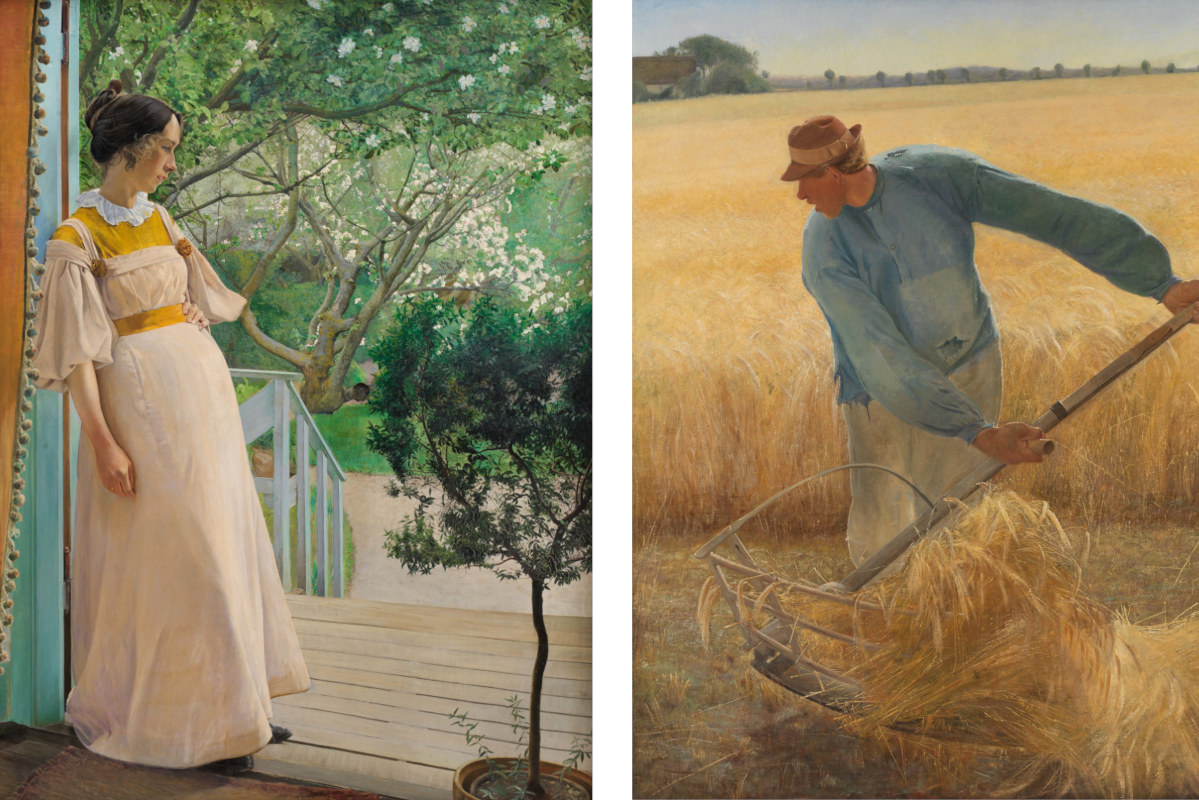 L.A. Ring’s works are representative of symbolism and Nordic art from the decades around 1900.

The popularity of Ring’s paintings can be attributed to both his leading role in Danish symbolism, and to the social realism of his work. Meeting the modern world head on, Ring portrayed the great changes of his time more prominently than many of his contemporaries, and it was not only on the canvas that he took a keen interest in society. The artist is known to have been politically active in a group of revolutionary students preparing for an armed rebellion to create social justice for the lower classes. However, while the rebellion never happened, Ring’s works document the world that, in his eyes, justified it.

Currently showing at the National Nordic Museum in Seattle, On the Edge of the World: Masterworks by Laurits Andersen Ring from SMK – The National Gallery of Denmark will be the first exhibition solely devoted to L.A. Ring outside the Nordic region. The exhibition can be seen until 19 January 2020, when it will relocate to the Bruce Museum in Greenwich, Connecticut, open from 1 February to 24 May 2020.