Rooted in the belief that children deserve the exact same professionalism and dedication as adults, Det Lille Teater (‘the little theatre’) has been introducing children to the world of theatre for more than five decades. It continues to do so, presenting performances for an audience of two- to ten-year-olds in historic settings in the heart of Copenhagen.

Set in a historic building from 1789, Det Lille Teater has been shaped and furnished to offer the perfect settings for the very youngest of theatre-goers. This means that, whether the performance is aimed at the two-to-five-year-olds or the seven-to-ten-year-olds, the audience will be entertained at a level they can engage in. “When we were founded back in the ‘60s, the ambition was to create a place where theatre was presented on the children’s terms – it’s a very Scandinavian approach, and one that’s even more important in our time, as children are met by tests and learning programmes all the way down to kindergarten,” says the head of the theatre, Trine Wisbech. “It’s incredibly important to have a place where they can come and experience a different world, a very tangible world full of music, texture, images and stories that play right into their experience of the world.”

Det Lille Teater presents two or three yearly performances, aimed at different age groups down to two years old. For the youngest, it is very likely to be their very first theatre experience, and to make sure it becomes a good one, the theatre’s website includes a short film introducing the experience – and lights in the theatre are never completely turned off. But even though performances are created to play into the worldview of the children, the experience is one for everyone to enjoy. “It’s a shared experience, and when parents or grandparents come with their children or grandchildren, everybody has fun,” says Wisbech, and rounds off: “Recently, I watched a performance that had this sweet song in it, and at the end of it, a small girl in the audience turned to her mum and said, ‘I love you, mum’. It was such a nice moment, and it just shows that the atmosphere that theatre creates is a crucial part of the experience.” 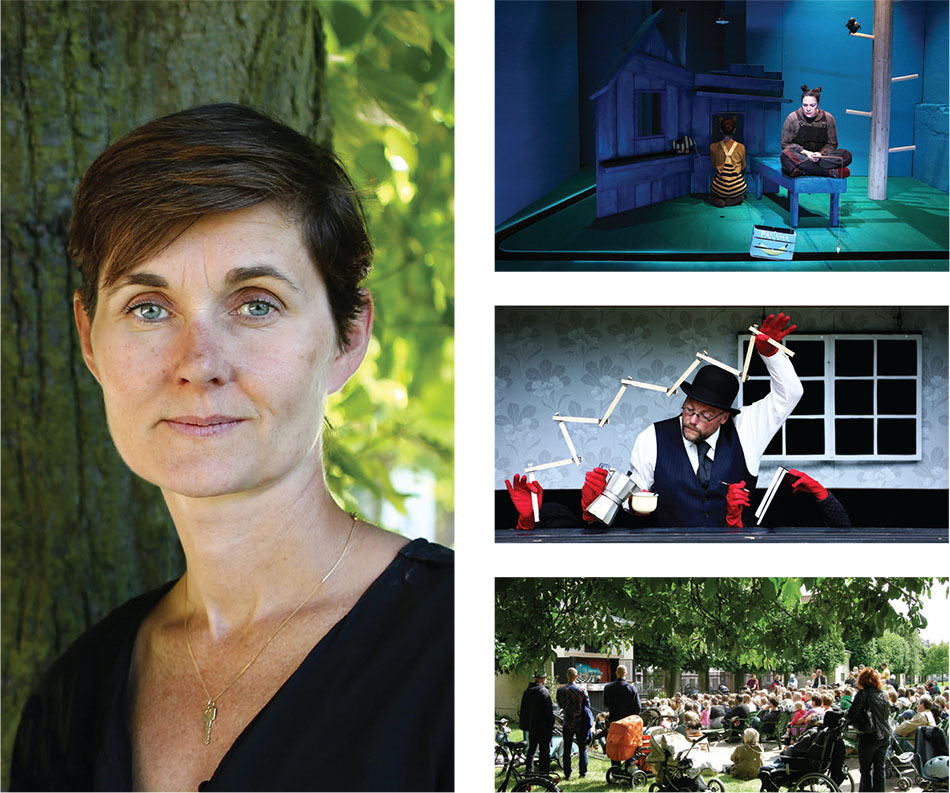 Det Lille Teater is open from September to May. From the beginning of June until the end of August, the theatre’s sister theatre, the Puppet Theatre, takes over, presenting two free performances for all ages and nationalities in Kongens Have. Web: www.detlilleteater.dk and www.marionetteatret.dk