Dig/Get Raw: Delicious snacks with nothing to hide

W orking to create a healthier snack industry, Dig/Get Raw are on a mission to build a junk-free future for us all. And they’re showing that it’s possible – without compromising on taste.

It all began in 2012, when Carolina von Rosen, today co-founder and CEO at Dig/Get Raw, tried a raw chocolate cake when visiting Costa Rica. To von Rosen, who had long dreamt of starting her own business, this moment became an eye-opener. “The cake tasted so heavenly I couldn’t believe it contained nothing but goodness,” she says. Filled with inspiration, von Rosen teamed up with her mother to eventually start Dig/Get Raw – presenting organic, vegan and gluten-free snacks with absolutely zero junk. 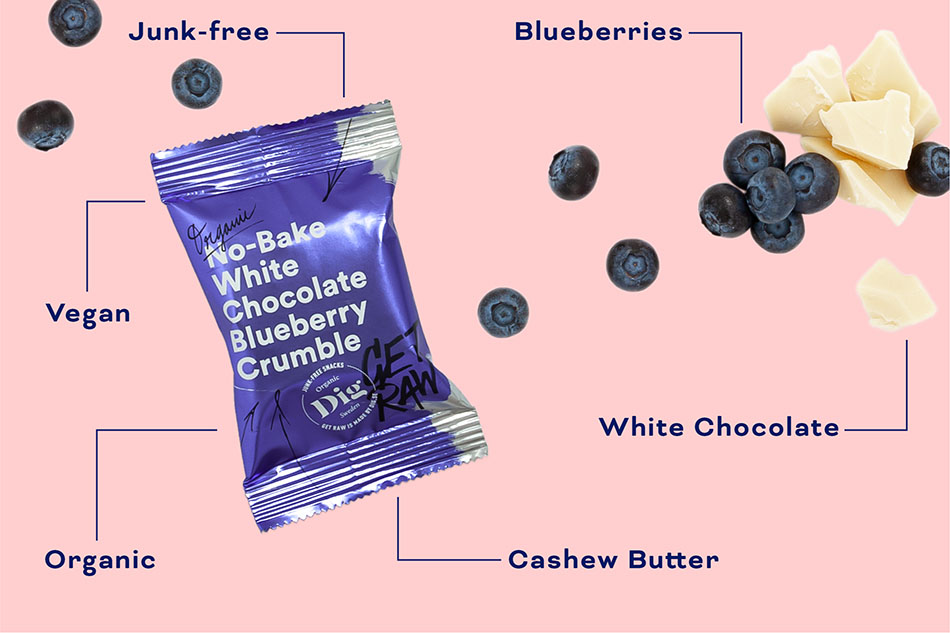 Seven years on, the business is flourishing. “The first few products were created in my kitchen, where we also managed the initial orders,” explains von Rosen. “It was mad, but things have really taken off since.” Today, the Dig/Get Raw product range includes raw bars, a healthy take on the classic Swedish chocolate ball, and no-bake crumble pies. The latter was introduced last year with a fantastic response from customers, both on ground and in the air.

“We have an ongoing partnership with SAS,” says von Rosen. “They’ve been selling our Raspberry Crumble for about a year now but will soon switch to our new White Chocolate Blueberry flavour.”

Working with one of Scandinavia’s most well-known brands has opened many new doors for Dig/Get Raw, but that doesn’t mean they’re slowing down. Quite the opposite – they’re just getting started.