In 2009, Jens Erik Jørgensen accomplished a life-long dream. With the help of his children and his wife Anne, the former tax director bought a plot of forest full of nettles, in order to construct Denmark’s first purpose-built whisky distillery. He named it Fary Lochan, after the lake on the plot and an ancient spelling of the town, Farre, it was located in. Inspired by an old family recipe for smoked cheese, he smoked his whisky malt using nettles rather than the traditional peat, creating a distinctly warm and smoky drink, which soon won over whisky connoisseurs far beyond Denmark.

Sadly, Jens Erik passed away in 2016, but his family took over the reins of what has become a proud family business. Luckily, Jens Erik had already accounted for the next generation taking over one day, and each found themselves equipped with a role that perfectly suited them. “The future of the family was always thought into the distillery,” says his stepson, Thomas Smidt-Kjærby. “It’s our hope that Fary Lochan is still a proud family distillery in 100 years’ time.”

Today, Jens Erik’s son, Morten, has taken charge of the distillation process and become the master brewer. Thomas’ sister, Tine, manages sales, while Thomas and his wife, Pernille, take care of marketing. Even Jens Erik’s grandchildren love helping out at the distillery and in the forest every summer, when a new batch of nettles has to be picked. Most importantly of all, everyone has become huge whisky nerds, ever on a quest for the perfect whisky. 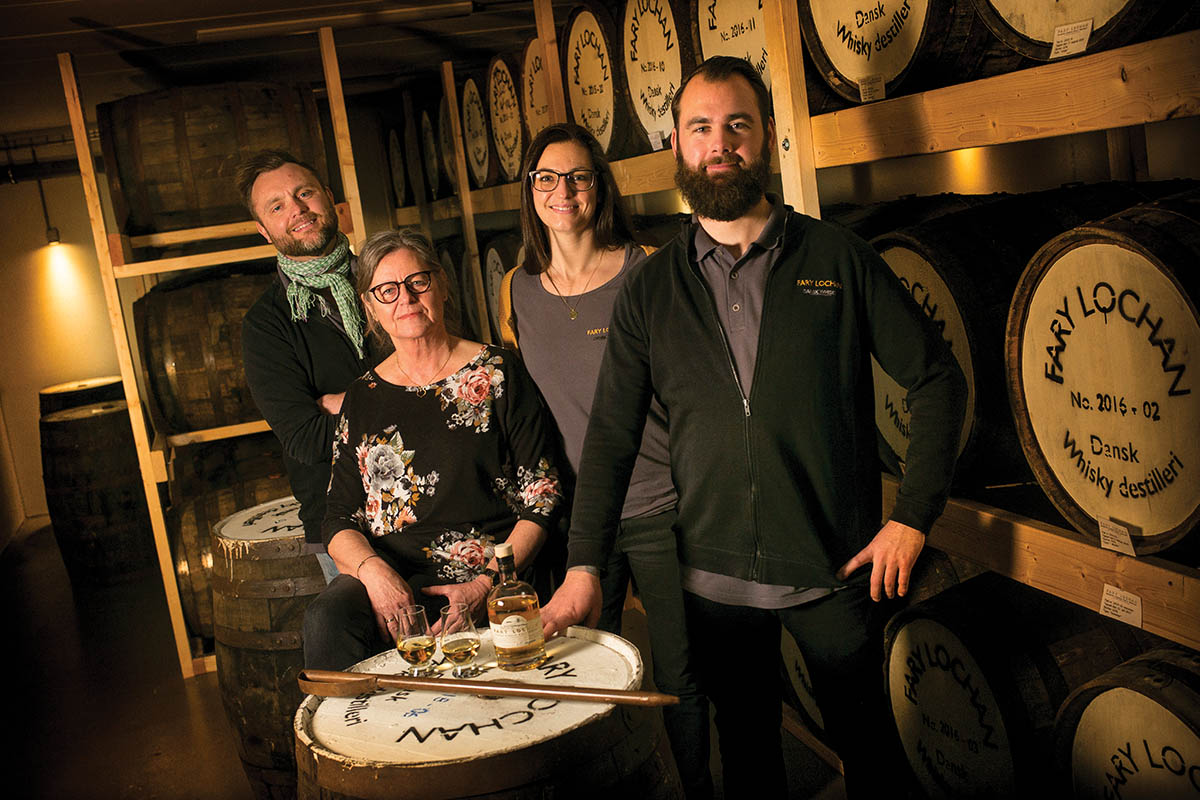 Jens Erik’s wife Anne, who spends most days at the distillery, is happy and proud that Jens Erik’s dream lives on through the family.

They have come close: this year, Fary Lochan became the very first European distillery outside of the British Isles to become part of the Scotch Malt Whisky Society (SMWS) – one of the highest accolades within the industry. The SMWS even gave Fary Lochan’s 2013 batch its ‘Premium’ stamp of approval. “It is an incredible honour for us,” Thomas admits. “We’re this little Danish distillery, making only a very limited amount of whisky a year, and we never plan on being anything other than a small-batch distillery. It’d fundamentally change who we are: we’d never want to rate quantity higher than quality, and we enjoy the hands-on processes.”

Everything at Fary Lochan is made slowly and with love. “Once the whisky has been poured into the barrels to mature, a long wait ensues, however, which gives us time for nerding out on gin, snaps and liqueur on the side. These are all spirits to enjoy slowly, discussed and tasted together in good company. We like to think that Fary Lochan brings people together,” Thomas concludes. 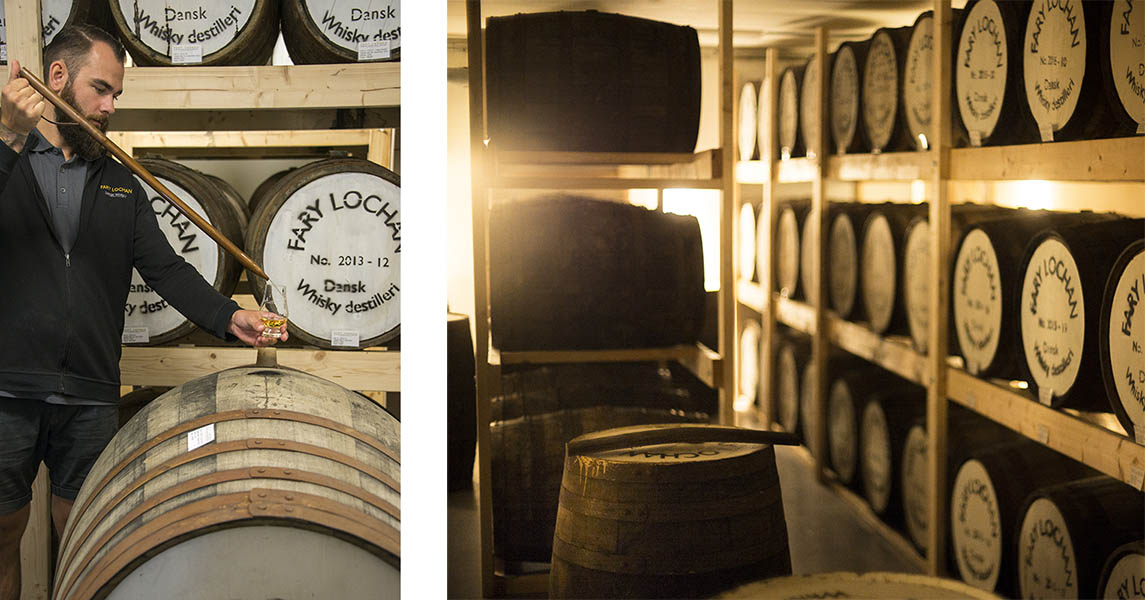