Galleri Lyshuset: The painter of light

At Kåre Tveter Galleri Lyshuset in Skarnes, you are invited to see the country’s largest collection of artwork by the great Norwegian painter. In addition, the cosy gallery, which is located in the farmhouse of the former farm Korsmo Søndre, also hosts exhibitions with selected artists and events throughout the year.

Kåre Tveter is often referred to as the painter of light, which is a result of his fascination with capturing the light in his art. The great Norwegian artist was born in 1922 in Sør-Odal and had his debut as a painter in 1957. “Tveter did not use many or strong colours; he was rather at the other end of the scale and utilised muted and soft hues. His technique was characterised by the light, and by that I mean he diluted the watercolours and the oil paint to show the light, or sometimes the absence of light, in his work,” says Cato Bekkevold, member of Galleri Lyshusets Venneforening and leader of Sør-Odal Kunstforening. By doing so, Tveter managed to portray light in a very special way, connecting his motifs with both something godly and at the same time something highly material and rational.

In relation to artistic themes, the painter was concerned with capturing the beautiful winter landscapes in the eastern part of Norway and Finnskogen (Forest of the Finns). Another topic he was drawn to was the month of August with its colours and the misty scenery that often characterises this period of the year. “From the mid-‘80s, when he first visited Svalbard, his fascination for the place also became a very important part of his art,” Bekkevold explains. “I would say Tveter is perhaps the only Norwegian artist who has managed to portray the large, desolate and lonely Arctic landscape and its ever-changing light in all seasons.”

However, the paintings are not location-specific, but instead the artist dictates the mood and conveys what the light means in relation to the place. As Tveter said himself: “the landscape is a skeleton on which I hang the light”.

At Kåre Tveter Galleri Lyshuset, a name that again refers to the artist’s fondness of light, you are invited to see the country’s largest collection of artwork from the great Norwegian painter. The gallery was opened by HMKH Queen Sonja of Norway in October 2002, and the collection on display was donated by the painter himself. It consists of his 128 works in various techniques, mainly from the period 1985 to 1998. The permanent exhibition is divided in two, one about east Norway and the other showing the artist’s work from Svalbard.

Located in idyllic Skarnes, inside the former farm Korsmo Søndre, the cosy gallery provides the perfect framework for experiencing art. The main house on the farm is the gallery, dedicated to Kåre Tveter; the old barn has been converted into a cultural centre with exhibition space; and there is also a traditional Norwegian ‘stabbur’, which is now used for exhibitions. In addition, you can visit a small shop that sells books, art and ceramics, all of which is also available to purchase through the online shop. 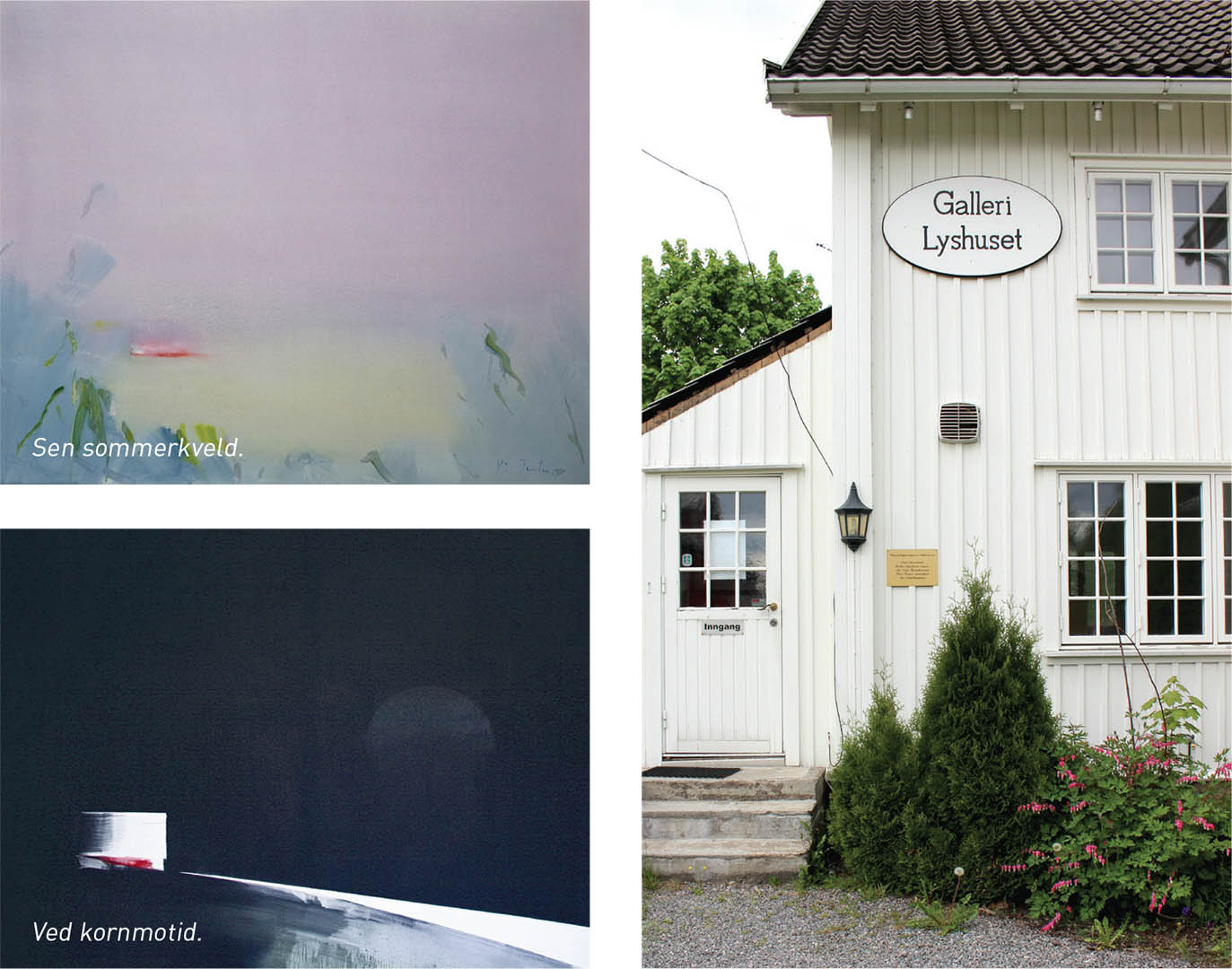 “We also host exhibitions by selected Norwegian artists, often with local affiliation, and this summer we have just finished our exhibition with artwork displayed by Håkon Bleken,” explains cultural adviser for Sør-Odal municipality, Henriette Eriksen. Marking Bleken’s 90th birthday this year, the guest exhibition is a graphics showcase with a different expression than what the main exhibition displays. The goal is to showcase renowned and well-known artists together with Tveter.

In addition, Kåre Tveter Galleri Lyshuset also arranges concerts, lectures and other events throughout the summer. The first thing happening after the summer is Augustkveld, an evening in Låvebrua with a concert by Erik Lukashaugen as well as a lecture by Anni Fremmelid, titled Tåke og regn, alt og ingenting. This is arranged by Lyshusets Venner, an association promoting the interest in Tveter’s art and supporting the gallery’s activities.

“There should be something for everyone who is interested in culture and art here,” Eriksen smiles, adding: “If you want to see more of Tveter, there is also a permanent gallery in Longyearbyen, Galleri Svalbard, dedicated to his work.”