Jarlsberg has been a staple in Norwegian homes for over half a century, but the nutty, round, and mild-flavoured cheese is becoming increasingly popular outside of Norway, also. It is already a regular feature on supermarket shelves around the world, and now, it’s aiming to conquer the toastie.

Since its humble beginnings in the Norwegian village of Ås in the 1950s, Jarlsberg has become a Norwegian national treasure and a world-wide success. Invented by professor Ole Martin Ystgaard, the cheese is the result of a research project at the Dairy Institute of The Agricultural University of Norway. 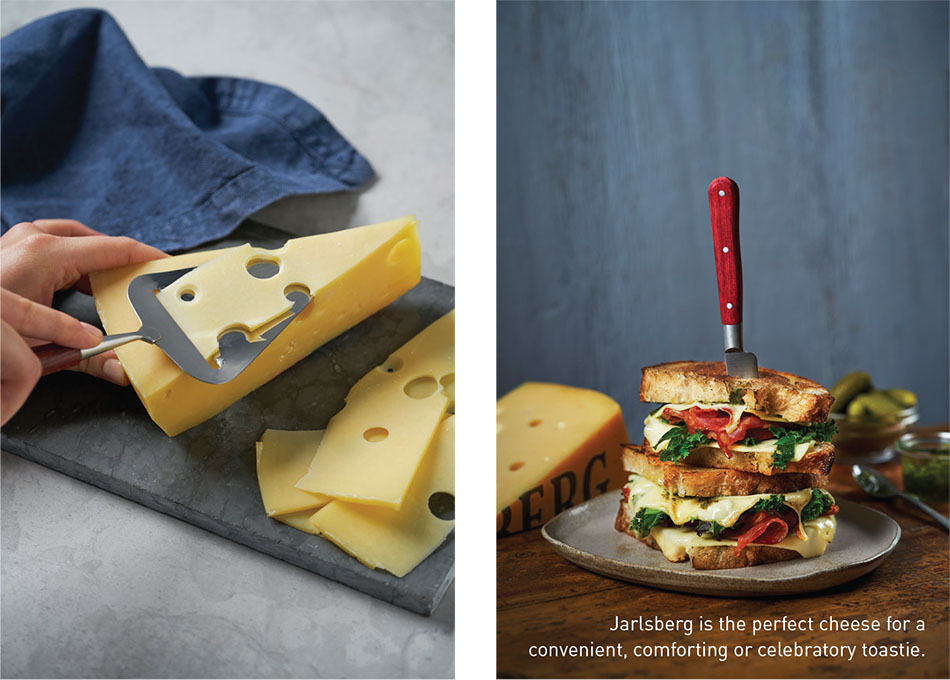 Though internationally famous for its flavour, its characteristically round holes and its compatibility with a multitude of foods, there are still new markets for Jarlsberg to conquer. Current ambition: replacing cheddar and other cheeses as the go-to cheese for toasties, or, as they’re known in America, the grilled-cheese sandwich. With its unbeatable ability to melt perfectly into stretchy goodness, Jarlsberg is as essential in a toastie as it is on the breakfast table. “It’s a cheese full of history and tradition,” says international marketing manager Silje Lindborg. “But this time, we’re reaching out to younger people.” 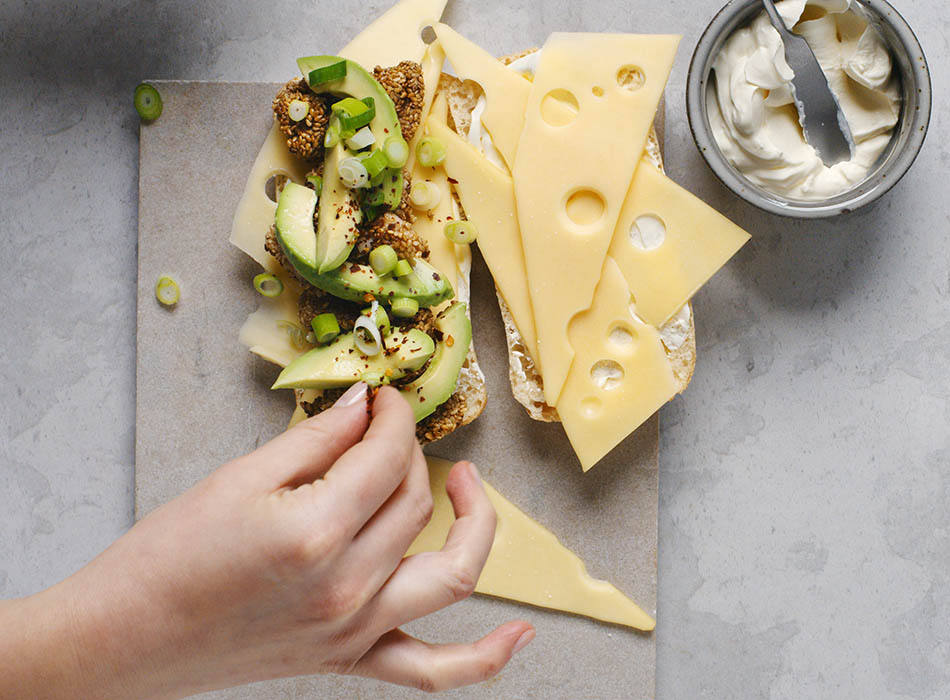 True to tradition, Jarlsberg is using humour in its quest for a piece of the toastie market. Through a series of videos, all in line with the brand’s famously cheerful and colourful style, Jarlsberg shows how a Jarlsberg cheese toastie isn’t just delicious and tasty; it’s also the perfect comfort food, whether you’re dealing with a break-up, injuries, bad decisions or the dog next door. And of course, it is just as appropriate for celebrations, as a snack, or enjoyed on the sofa snuggling up under a blanket.

Aimed towards social media – and primarily Instagram – the Jarlsberg content is designed to stand out among other posts on people’s feeds. Each endearing video is a little story from everyday life, each making people a little bit more aware of Jarlsberg’s versatility, all in an entertaining, enticing and informative way – and, of course, inspiring creativity in the making of toasties, with recipes and tips.