The mayor of Helsinki, Juhana Virtiainen, told Helsingin Sanomat in August 2021 that Helsinki should perhaps be declared an English-speaking city. The idea behind this proposal was to encourage Finnish companies to recruit larger numbers of technically skilled workers from abroad, in order to address the worsening labour shortage in medical, technical and administrative fields that the Finnish Chamber of Commerce called “alarming”, according to a report by Yle News. Could Finland’s language policy be the key to solving its skilled labour shortage?

One obstacle to coming to work in a highly skilled job in Finland is that companies often still stipulate a native-like command of Finnish – something that can seem unreasonable, and which is normally not allowed under Finnish equality law. Such language requirements must always be directly linked to the nature of the job itself. However, many expert roles do indeed require a high level of control and precision in speaking and writing.

But does a high level of speaking and writing have to imply the use of Finnish? Adjoining Helsinki to the west is the municipality of Espoo, the second-largest urban area in Finland. Of its 300,000 inhabitants, one in six does not speak Finnish or Swedish as their first language, as noted by Kai Mykkänen, Chair of Espoo City Council in Helsinki Times in June. In 2017, English was made an official service language in Espoo, making it possible to use public services there in English. English is also available for the most common aspects of national infrastructure, such as transport, health and social security, and taxation.

However, when foreigners deal with more complex or less common issues, they invariably reach the limit of the roll-out of English-language information, and find themselves confronted with a dense PDF file of administrative or legal Finnish. It’s fortunate, then, that Finns regularly rank among the most proficient speakers of English as an additional language, according to the World Economic Forum. Especially in metropolitan areas like Helsinki and Espoo, but also elsewhere in the country, Finns are typically prepared to at least meet someone halfway if they are struggling to be articulate in Finnish, and many Finns positively relish the chance to use their knowledge of business English or to deploy their English-language popular culture references.

This is a cultural richness that makes Finland feel welcoming and friendly at the level of day-to-day interactions, despite the popular stereotype of Finns eschewing small talk and preferring silence. The reality is that once you get a Finn talking, they really talk! The downside of this for someone moving to Finland and hoping to learn the language, is that it’s easy to hit the wall in terms of what can be absorbed by osmosis from life’s routines.

There is something of a paradox, then, in the attitudes of Finns to the English language. The majority recognise the value of English for international competitiveness, but they are also anxious about Finnish being displaced by English. Radio stations play a mixture of languages, with English songs featuring prominently. Over half of the country uses SVODs (subscription video on demand services) such as Netflix, and over 70 per cent use social video streaming such as YouTube. Finns like global culture. But the Finnish language itself only gained official status relatively recently in the nation’s history, when Swedish rule ended in 1809 and Finland became an autonomous Russian Grand Duchy, until it gained independence in 1917. 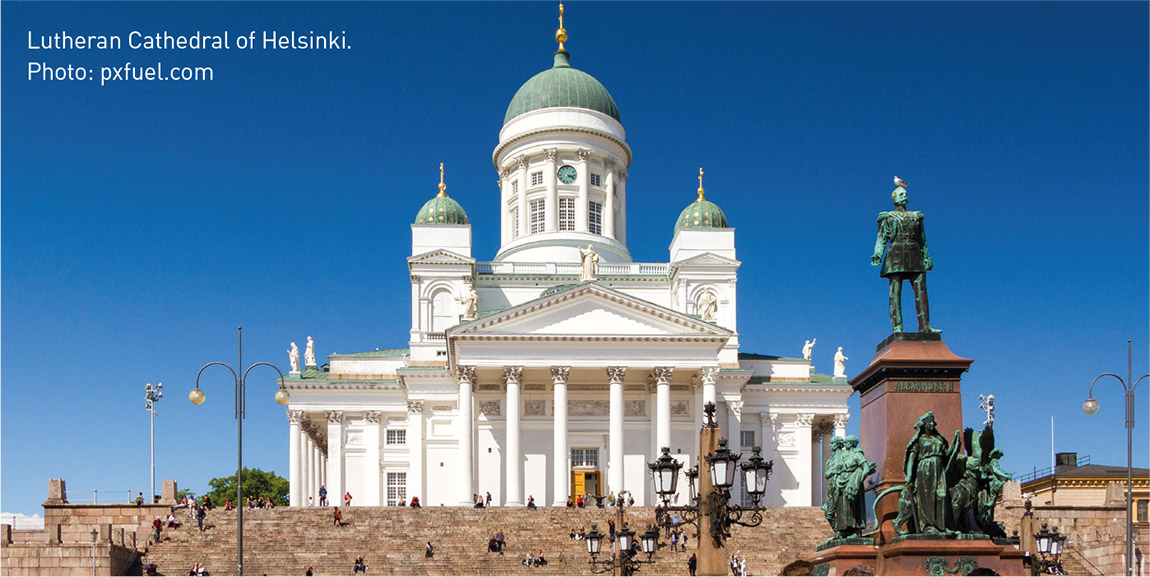 Finnish national identity is intimately associated with its language. The word ‘sisu’ is regarded by many Finns as untranslatable. It refers to a kind of distinctively Finnish toughness, grit, or guts. The distinctively Finnish aspect of ‘sisu’ is tied to the way the country transformed after the Second World War, pulling itself up into a thriving, eco-friendly, technologically advanced, highly educated and fair, progressive democracy. ‘Sisu’ captures a dogged sense of duty and getting things done the right way, but it also aspires to a utopian ideal of what society should be like.

At the level of the individual sounds of the language, Finnish identity is found, for example, in the highly trilled /r/; every Finnish grandparent is keen to know the moment their grandchild acquires the magical ability to pronounce this particular phoneme. At the level of the whole language as a political object, there is a national flag day for the language itself, another for the national epic poem, Kalevala, and several more for individual poets and writers. Perhaps this strong link between language and identity is part of the reason why job advertisers are relatively conservative in their language requirements.

In addition to the increasing frequency of public statements designed to raise awareness of, and break the link between, language stipulations and labour shortages, Helsinki Business Hub ran the 90 Day Finn programme in 2020, offering United States tech professionals a relocation package to Helsinki, attracting over 5,300 applicants for just 14 spaces. People want to come to Finland, and when they come, they want to stay. The English language will continue to be popular and important in Finland, but Finland’s other languages will always have pride of place.

Lillehammer Spa: A warming spa where you’d least expect it

Fab Lounge: Everyday luxury for everyone