Larssons: With a love for spuds

After a few years defined by unfamiliarity, let’s put our minds to something a lot more familiar – crisps. Or, more specifically, crisps from Larssons. Now celebrating ten years in business, this spud-loving brand is proof that passion and transparency are ingredients for success.

There are crisps, and then there are proper crisps – and Larssons sits within the latter. The brand was born at the family-run farm with the same name in the county of Skåne, southern Sweden, and offers a product that is refreshingly different from mainstream crisps. Lovingly dubbed as a ‘crisperia’ (a spin on the word ‘pizzeria’), the Larssons farm has cultivated potatoes for generations and grows a whopping 600 varieties of the stuff. In other words, there’s a whole lot of knowledge going into each bag of crunchy delight.

How the magic happens

Once the potatoes have been grown and harvested, they are cut and fried in a local cold-pressed rapeseed oil in custom-made facilities on the Larssons farm. “We use a traditional, open fryer from the 1950s and let the crisps cook for a longer period of time,” explains farm owner Bertil Larsson. “We also leave the starch on the potatoes, as that’s where the wonderful potato flavour lives.”

Thanks to not rushing the process, the cooking oil doesn’t have to be heated up as much as for more conventional crisp making, which means that trans fats can be avoided. This is great news for the health conscious, and proof that crisps don’t have to be all bad for you. On the contrary, Larssons crisps contain both Omega 3 and Omega 6, derived from the nutritious rapeseed oil.

“We’re the only crisp producer in the country who can proudly say that the entire production chain sits in one place,” says Larsson. From cultivation to production to management of rubbish and residue – it all happens on the Larssons farm. 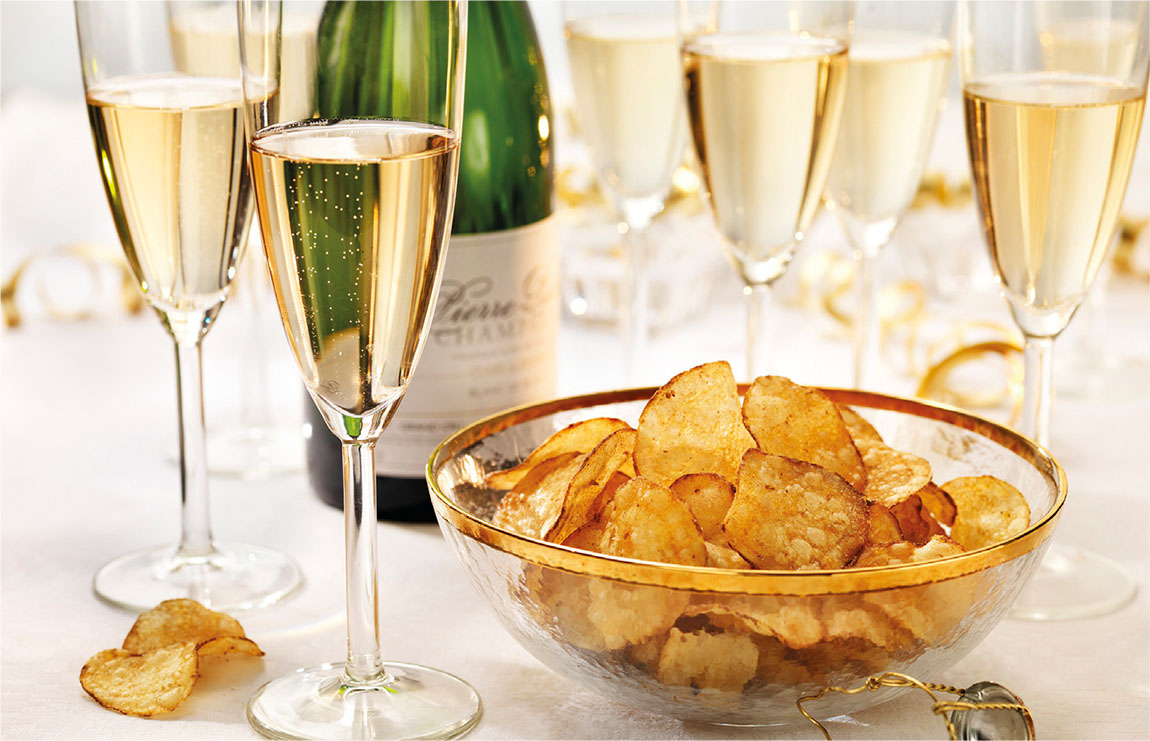 The (real) taste of potato

Something that customers tend to rave about when it comes to Larssons crisps is the pure potato taste. And although the kind of spud used in production depends on what’s in season and other factors, the potato taste is always prominent and never overshadowed by artificial flavourings. Instead, the potato is celebrated, as it should be, and coupled with flavourings to enhance its natural taste, rather than the other way around.

It might sound like a silly detail to even state, but Larssons crisps actually taste like what the packaging says. Each of the eight flavour varieties is made with herbs and spices of natural origin, and always without artificial additives. “Our bestseller is dill, sour cream and chives; however, our liquorice crisps have exceeded expectations in terms of sales,” says Larsson. Indeed, what started out as a limited-edition flavour has now become a permanent offering. “It might sound unusual, but the combination of potato and liquorice root really works, and it seems like customers agree,” he adds.

The boy who flies

The young boy featured on the front of the crisp packets is there for a very special reason. His name is Ture (father of Bertil Larsson), and he grew up on the Larssons farm. He was five years old when the photo was taken back in 1938, and in his right hand is a penny given to him by the photographer. No wonder he looks so pleased.

“Thanks to our cooperation with the airline SAS, Ture is now travelling the world with our crisps,” explains Ann-Marie Nilsson, who also works at the farm. This high-flying partnership has meant a lot for the brand in terms of growth and recognition, in being sent off to all corners of the globe.

As with any kind of production, residual waste is inevitable. And in this case, potatoes and root vegetables of lower quality are filtered out and turned into food for the farm’s various animals. “Perhaps it sounds strange to feed animals crisps, but the slow cooking process of the potatoes makes the fat healthier and gives our animals a much stronger composition of body fat,” explains Nilsson. And in return for grazing on the crispy stuff, the animals produce manure, which is later used on the fields.

Larssons crisps are sold at various farm shops and selected stores around the country, as well as aboard SAS flights. There are also plans to expand the offering further, plus a mysterious partnership is in the works. “All we can say is that something special is coming, and it will taste pretty great, so do keep an eye out,” concludes Nilsson.