Meik Wiking – On the secrets to happiness

He is the author of two best-selling books translated into more than 35 languages, and the think tank he founded sees him travel the world to give talks on the metrics of happiness. Scan Magazine spoke to Meik Wiking about measuring emotions, writing about ‘hygge’, and being honest about happiness.

“I just realised that I’ve forgotten to apply for a Russian visa, and now I’m under pressure to get that sorted in time for my trip – and obviously they’re under huge pressure now because of the World Cup, so that’s fun!” Meik Wiking laughs. And from the CEO of the Happiness Research Institute, you would expect nothing less – who could possibly be happier than he who spends all day, every day studying the secrets to happiness? In fact, the conversation only gets more serious from here, and the CEO and author comes across more as an endlessly curious but often concerned citizen than a happiness guru. “I often say that I have to be happy or I’ll get fired, but I jest. We as happiness researchers have an obligation to say it’s not possible to be happy all the time,” he says. “We get grumpy and stretched and sad – we’re people too, and I think we have to be explicit about that and about the fact that these feelings are part of everybody’s experience.”

Wiking is just back from Vancouver, where he spoke at an event organised in honour of one of the three editors of the World Happiness Report, John Helliwell, who was turning 80. While this was an exceptionally enjoyable trip – featuring a stay at the birthday boy’s holiday home on Hornby Island, free from Wi-Fi but surrounded instead by everything from eagles to whales – travelling the world for speaking engagements is nothing new for Wiking. You could say, perhaps, that there are two reasons for this: first, that policy makers are growing increasingly aware of the importance of measuring happiness to make decisions that benefit citizens’ quality of life; and, second, the fact that his books on the Danish concepts of ‘hygge’ and ‘lykke’ are global best-sellers that have been translated into more than 35 languages.

How to measure happiness

This particular chapter of Wiking’s journey started when he was working as director for the think tank Monday Morning. “I was noticing how much was happening with happiness research and politics: there was the UN Happiness Report, the UK started to use happiness as a new measure of progress… and I wanted to answer some of the questions around how we can measure happiness and why the Nordic countries are doing so well in this regard,” Wiking recalls, thinking back to the time when he decided to take the plunge and set up the Happiness Research Institute. “I just couldn’t let go of these ideas, which I guess was a sign of where my passion really was.”

Those same questions are still what keeps him up at night and travelling extensively, working, among other things, with patient groups of different diseases to understand what impacts their quality of life. “We want to understand how we can measure the good life and how we can boost it, and we work with foundations to help them invest their resources the most efficiently,” says Wiking. “It’s about converting wealth to well-being, looking at numbers and correlations and causations, and having conversations with people around these questions.”

Occasionally, the think tank is met by scepticism from those who question the validity of measuring something as subjective as happiness. However, Wiking is adamant that it is not just possible, but very much worthwhile. “People view happiness as a flash in time, an extreme positive emotion, but it’s also about a more profound satisfaction in life. Interestingly, in talking to policy makers, we’re often more likely to use words like quality of life or well-being, but all those terms overlap. When we break it down into all these different dimensions and nuanced words, we can follow people over time to see how changes impact on the different dimensions,” he explains. “People forget that, yes, happiness is subjective, but we study a lot of things that are highly subjective: stress, depression, how we experience the world. Why would it be more difficult to study a positive emotion than a negative one?” 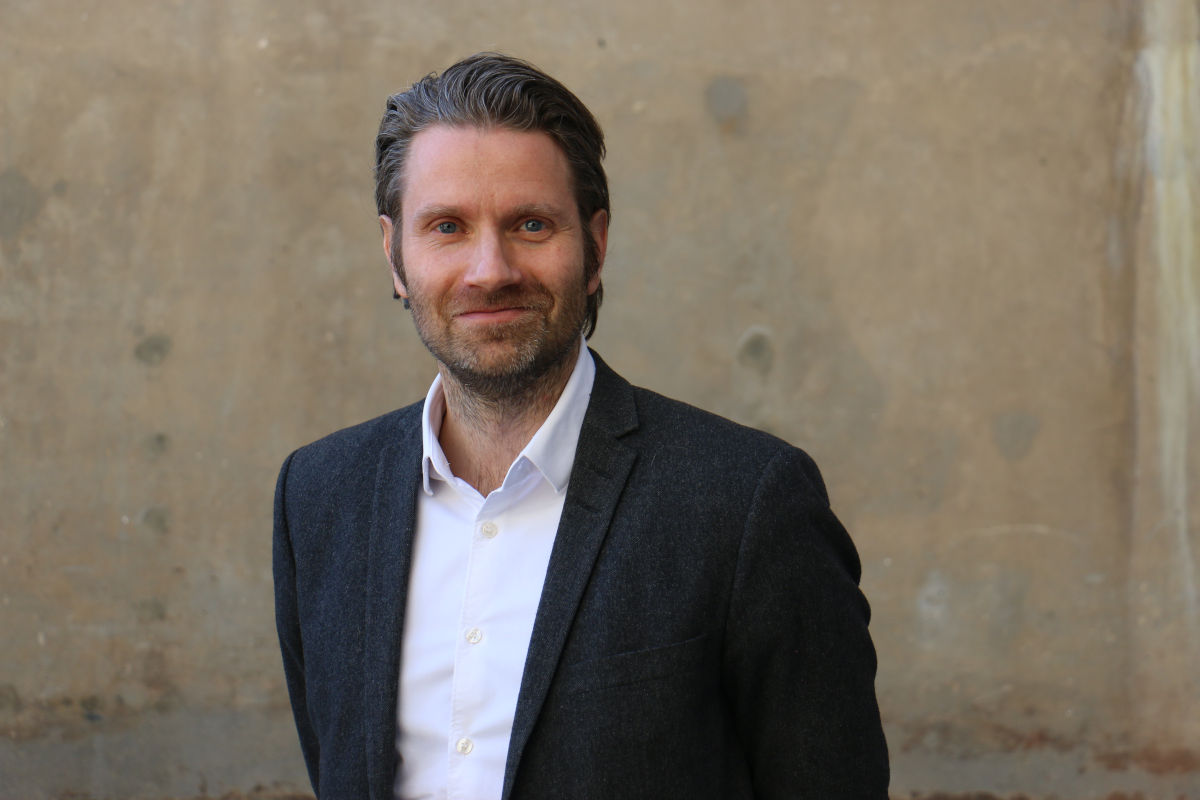 Going global with ‘hygge’ and ‘lykke’

Scepticism aside, he sure has captured the attention of global audiences with his best-selling books. The Little Book of Hygge: Danish Secrets to Happy Living, in particular, kickstarted a huge trend, seeing people across the globe stocking up on candles like the Danes and reading all about why this small country in northern Europe is consistently doing so well. The idea for the book, brought to him by Penguin after one of the big UK papers ran a piece on the Danish concept of ‘hygge’ (loosely referring to a feeling or moment of cosiness and comfort), initially struck him as “the craziest thing I’d ever heard”. However, as someone who spends the majority of his time looking at the impact of the Nordic model and the welfare state on happiness, he jumped at the opportunity. Suffice to say, the experience and result were life-changing – not just for the author himself.

He is cautious, however, when it comes to making promises. “The aim isn’t for people to expect to be extremely
happy all the time. That’s an unfortunate illusion to carry around,” he says, suggesting that we should look at happiness in the same way we look at health, through three lenses: of the things we cannot change, the things we can only impact a little bit, and the things we can control. “One of the least happy countries in the world is Syria. That’s not a choice people there make – it’s the conditions and policies they live under. Add to that the fact that we are all born predisposed to certain health benefits and risks, which we can only really change in small ways. Then there’s diet, exercise, whether you smoke or not. We have to remember these different lenses,” Wiking explains. “But when it comes to our behaviour, one of the best predictors of happiness is whether we’re happy with our relationships. It’s frustrating as a researcher to draw conclusions that aren’t new to anyone, but that’s what the data says. Oh, and doing something for other people in an active way – that’s the best universal advice I have.” 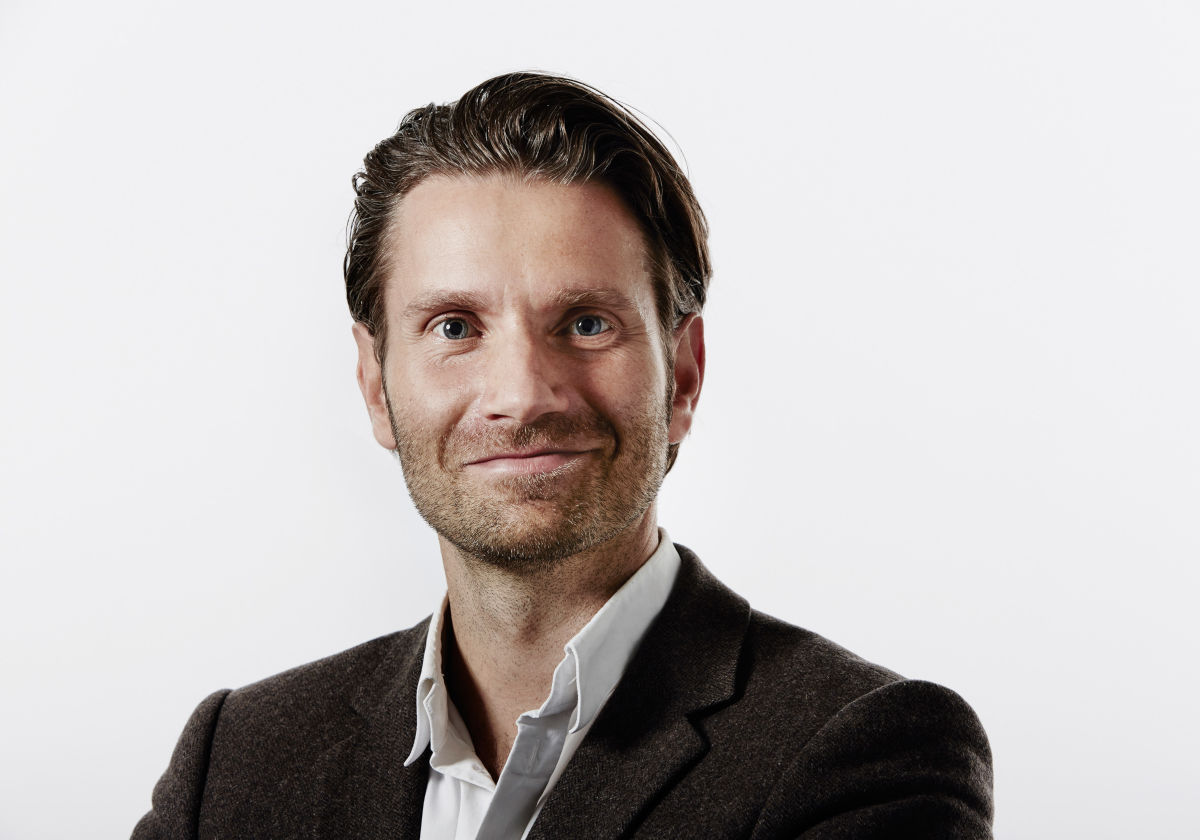 It might be deflating to think of the things beyond our control, but with a mission “to inform decision makers of the causes and effects of human happiness, make subjective well-being part of the public policy debate, and improve quality of life for citizens across the world”, that is what the Happiness Research Institute is here for. And Wiking is hopeful. “We hear from more and more policy makers and politicians in Denmark and abroad,” he says. “It’s also positive that both Harvard and Yale now have courses on happiness that are among the most popular courses in the history of the institutions. There’s a growing sentiment that we’ve become richer without getting happier, and that
the current method of measuring progress might not be the best one. It’s slow progress, but it’s progress.”

The idea of ‘mission completed’ is one he is reluctant to entertain, in part due to the fact that the world and our societies are ever-changing, presenting new challenges for us to adapt to all the time. Wiking mentions social media.
“We can see it’s had a negative impact on our lives, but I don’t think it’s realistic to think that we should give it up,”
he ponders. “It’s interesting, though – there’s this Danish boarding school that only allows pupils to use electronic devices for one hour every day. When the kids got to vote on whether to keep the rule in place or open up for unlimited use, 80 per cent voted to keep it. When none of us have phones, we create relationships – it’s getting that critical mass that’s difficult.”

It is a fascinating prospect, the idea that metrics for happiness should determine policy and public discourse. And
it is a fascinating story, that of a young Dane so interested in studying people that he grew up to become the global
mainstream voice for happiness. “I did all sorts of weird studies when I was younger,” he chuckles. “I’d imagine a bus
where there were only free seats next to other people, and I’d create studies to try to understand why people chose to sit beside whom; I wanted to understand human behaviour, understand the conditions that shape our actions. This desire to figure out how the way we design our cities impacts on how we behave, it’s always been an inherent curiosity of mine.”

There will be another book, he promises, but first Wiking is taking a break. “I’m going to a small rock island in the Baltic sea, south of Sweden, for two weeks, and I’m going to just read and eat and walk,” he says. A picture of happiness, many would agree.