Monkey World is more than just an extraordinary experience

In Northern Zealand lies Monkey World – a refuge for animals as well as people who need to find their place in life.

Just a few kilometres outside of Hillerød, is a Japanese garden called Monkey World. Monkey World is a private refuge for all sorts of animals with one thing in common: they’ve had a rough life. But, that doesn’t mean they’re scared or aggressive – quite the opposite.

Though you’ll meet bunnies with no ears and one-legged parrots, these animals aren’t shy. In fact, they’re happy to eat out of your hand and sit on your shoulders. This is mainly thanks to Dennis and his brilliant keepers, who put their hearts and souls into giving these animals another chance at having a good life.

Now, you might think that Monkey World is a small zoo. But, the refuge has a very different purpose: helping those who have had difficulty finding their place in life. Many of Dennis’ co-workers are young people who have struggled in education due to social problems, mental illness or something entirely different.

No matter the problem, Monkey World serves as a safe haven – offering the opportunity to study in a safe and peaceful environment. Here, vulnerable people – young and old – are offered respite from a system that has often failed them.

Monkey World is privately funded, which is why it’s open to the public. This gives you the opportunity to pet a monkey, hand-feed a blue macaw or play ball with the goats – all while supporting an important community cause. What’s more, during the entire month of June, there is free slush ice for all the visiting children. 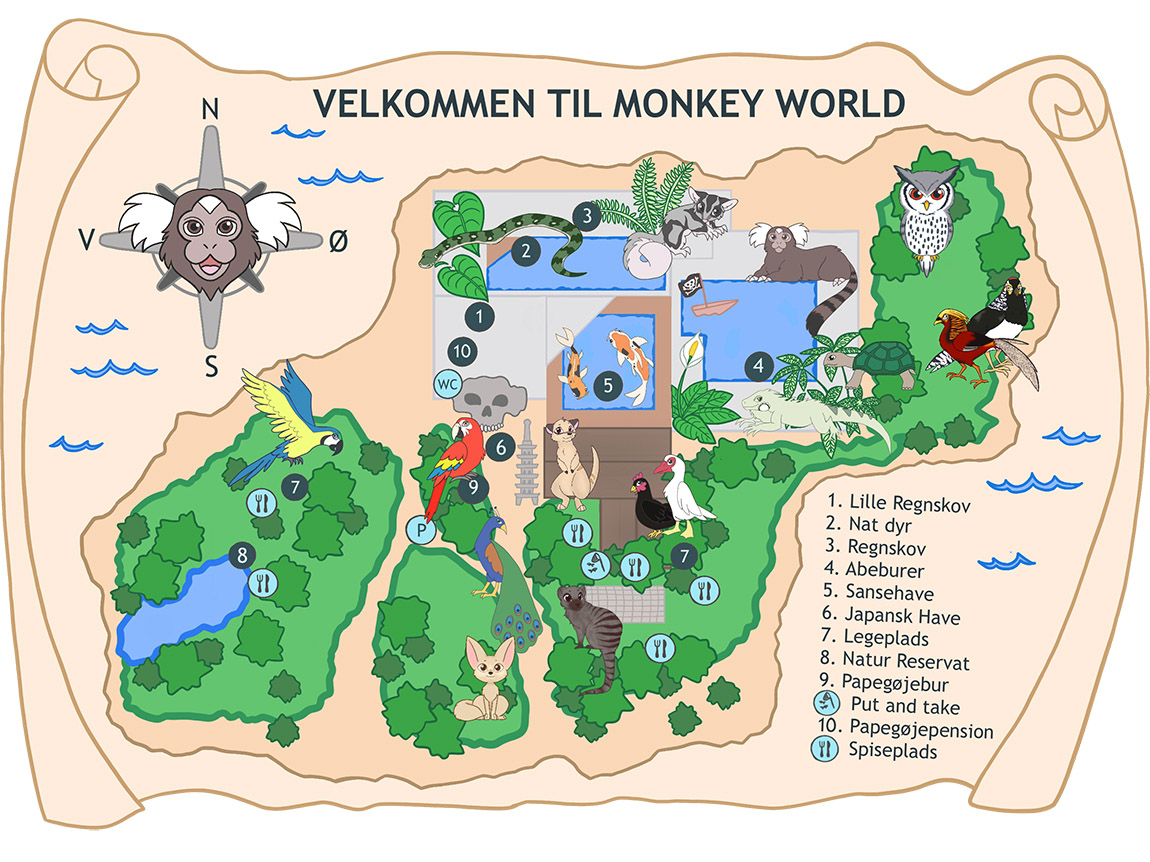 In North Zealand close to Hillerød you will find Hillerød’s Japanese garden.

Thorupstrand Fiskehus: Barefoot in the surf with fish ’n’ chips and live music