Over the last few years, the number of tourists visiting the Faroe Islands has increased dramatically – and it is easy to see why. Located halfway between Iceland and Scotland, the archipelago of 18 volcanic islands, separated by narrow sounds and fjords, offers visitors unparalleled scenic landscapes, a flourishing food scene, and a rich natural and cultural history – a history that is vividly told by the National Museum of the Faroe Islands.

The Faroe Islanders can seem a bit reserved at first, but don’t be fooled. They are just as warm, genuine and welcoming as the breathtaking yet raw and unpolished nature that surrounds them and effortlessly makes everyone surrender to a slower pace of life. “The Faroese people have a strong local identity. Although subtle, there can even be cultural differences between the different islands. But they all have a deep respect for their traditions, heritage and history – perhaps because they have been relatively isolated from the outside world for centuries,” says Herleif Hammer, museum director of the National Museum of the Faroe Islands. 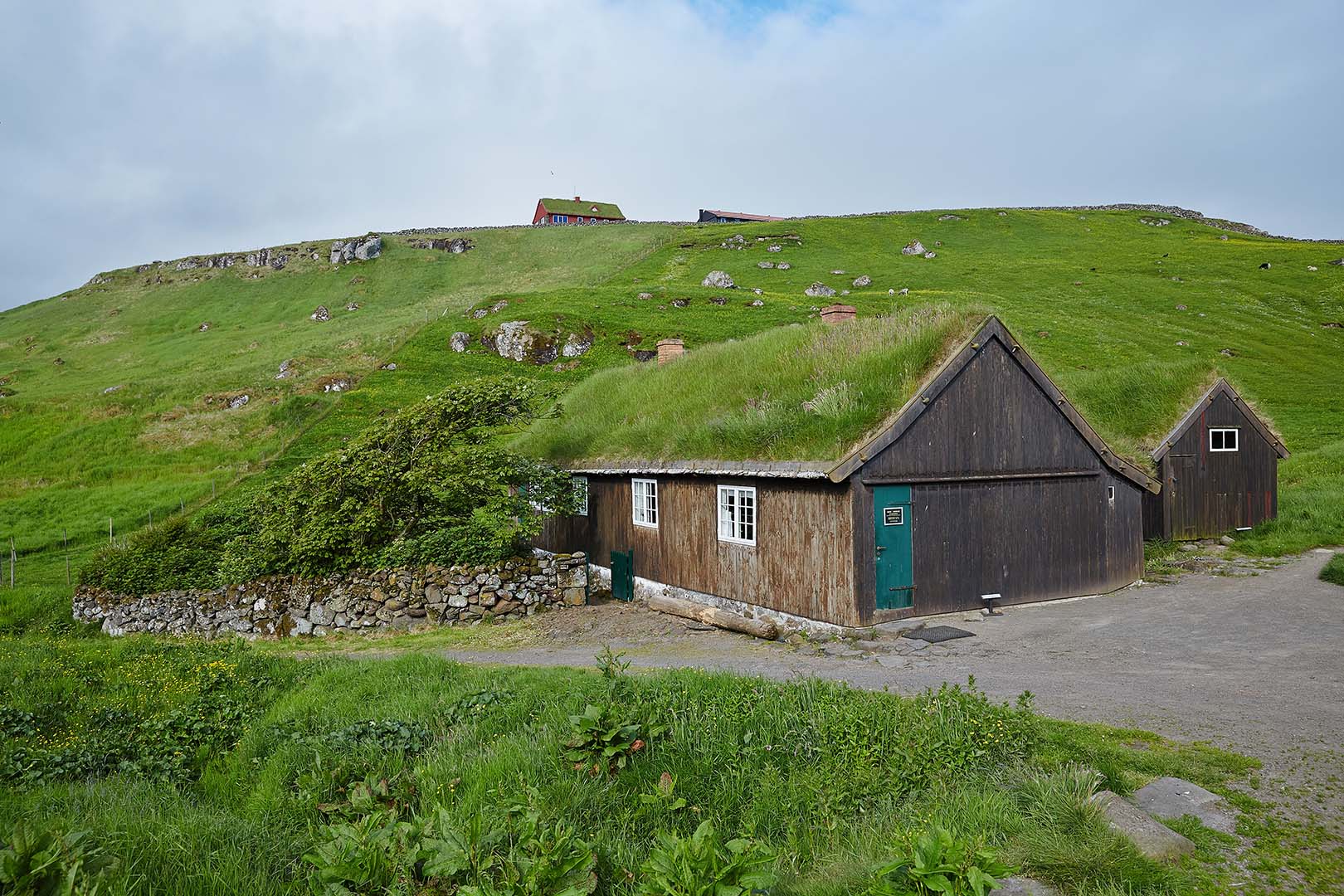 The farmhouse of the open-air museum

Treasures from the past

The National Museum is a good place to start for visitors who want to dive into the rich natural and cultural history of the Faroe Islands. Located in the vibrant capital of Tórshavn, the permanent exhibition galleries take visitors on a journey through the natural mammal and bird life of the Faroe Islands, and tell the story of the volcanic geological origin of the islands. On display are also historical artefacts dating back to the Viking era, one that has played a vital role in shaping the history of the archipelago.

“The permanent exhibition is full of cultural treasures to be explored, including the original Faroese rowing boat and the full collection of the legendary Kirkjubøur benches from the 15th century, which are among the most valued cultural items at the National Museum,” Hammer explains. The richly decorated church furniture, characterised by incredibly detailed carvings, was taken out of the small parish church in Kirkjubøur in 1874 due to an extensive rebuilding. As there was no museum in the Faroe Islands at the time, they were moved to the Royal Museum for Nordic Antiquities in Copenhagen, but they were later returned to the Faroe Islands, where they have earned a reputation as one of the biggest attractions of the museum.

Another collection not to be missed is of the national costumes, delicately handcrafted from the finest materials and proudly worn by Faroe Islanders of all ages on national holidays and special occasions. “The tradition of the national costume started taking shape 150 years ago,” says Hammer. “It was originally developed from traditional workwear, but it has been constantly changing ever since, using finer materials and more intricate embroidering and knitting patterns – and it keeps changing with time and trends.” 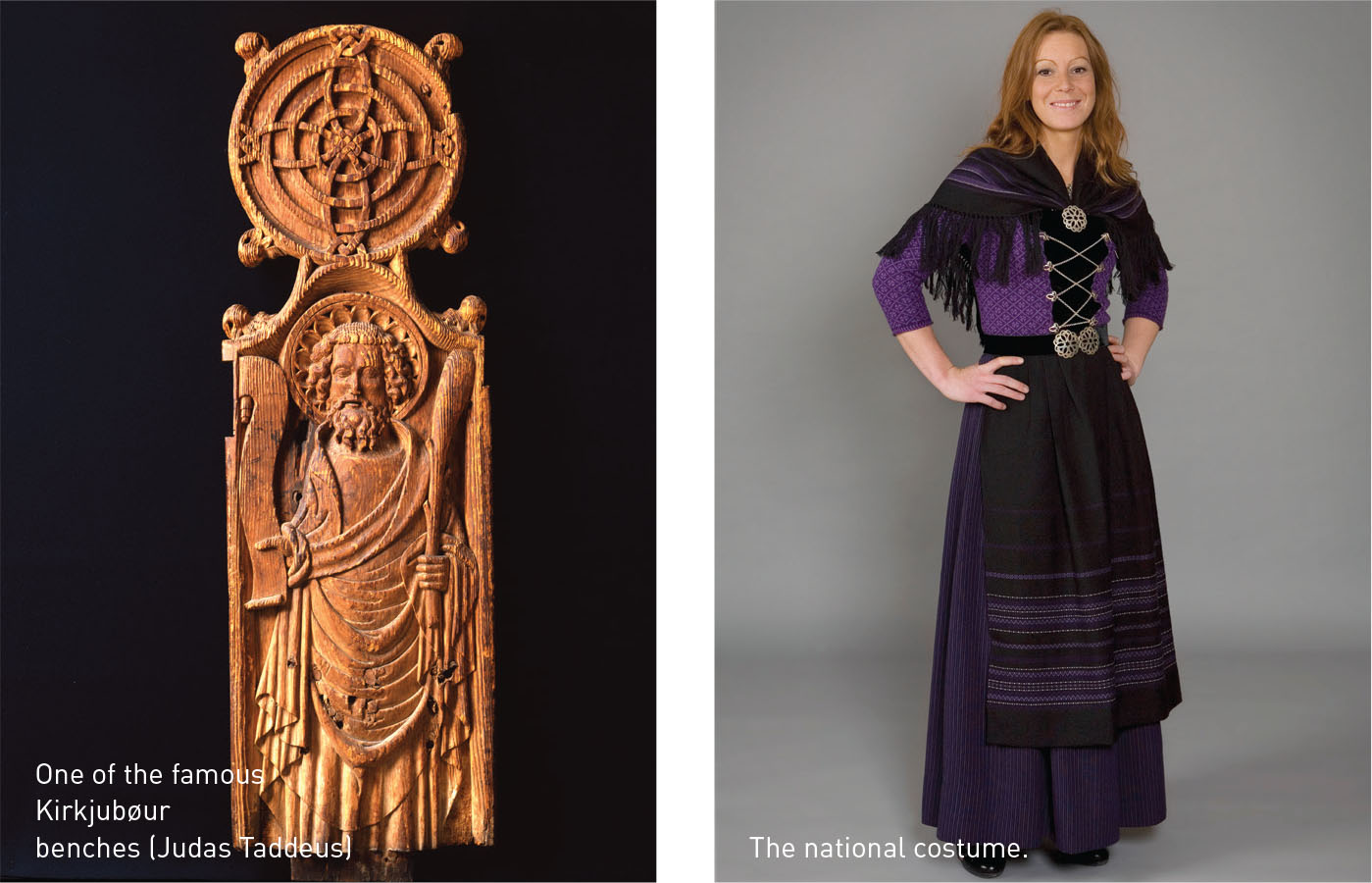 Few things tell the story of the past better than an open-air museum. Neatly tucked into a beautiful green valley just outside Tórshavn and within a short walking distance from the National Museum exhibition hall, visitors can turn back time to the 1920s. A charmingly rustic and traditional Faroese farm with houses, stables and authentic surroundings, including a water-mill, offers a peek into life as a Faroese farmer used to know it. While farming has been and still is one of the most important industries of the Faroe Islands, fishing has been the main source of income since 1920, an industry that the Faroe Islanders are diversifying and constantly developing.

The National Museum is also developing and growing with time as history unfolds and remnants from the past are discovered, with the restoration of a whaling station being one of the bigger projects. Við Áir was the last of seven whaling stations to be built in the country, but perhaps more importantly, it is now the last of its kind in the Northern hemisphere. The whaling station tells the story of how the Faroe Islands were transformed from a peasant society into a fishing society – a story that is now being preserved by the National Museum as a place of historical importance. The restoration process is underway, and it will take several years to complete, but visitors can come and see the work being carried out.

Things are changing as the well-travelled locals take influence from the outside world, and the Natural Museum will evolve alongside these next chapters of natural and cultural history being written. But the Faroe Islanders’ love for their traditions, heritage and history remains.