Nuart Festival, the world’s leading celebration of street art, celebrates its fifteenth anniversary this September. Key figures on the street art scene will head to Stavanger to debate the movement’s role in the contemporary art world and delve into its roots. Through its educational programme, the festival reaches out to young people in the hope of inspiring the next generation to get creating.

On the first weekend of September, renowned artists from around the world will descend upon Stavanger. Murals will pop up on buildings across the city and the wall of the beer hall in the former Tou Brewery, which serves as the festival’s indoor exhibition space, will be painted over once again.

“The focus of this year’s festival is French situationism of the 1960s, which eventually led into punk,” explains Martyn Reed, founder of Nuart. “We’re looking to establish where this culture of street art comes from. We want to go deeper and attach this culture to a long tradition of unsanctioned creativity on the streets, so that in five years time it doesn’t just disappear. We have roots and this form of expression has existed from time immemorial.” 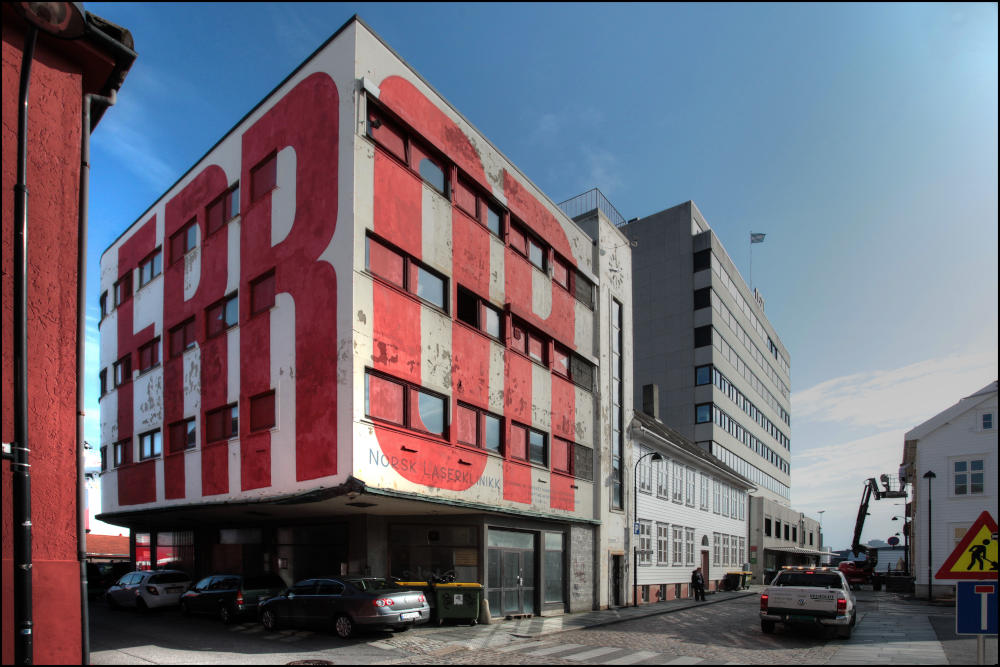 Embraced by the local community

With its booming economy and idyllic surroundings nestled on the coast of a fjord, Stavanger is not necessarily the place you’d expect to become a centre for what is often seen as a gritty, urban movement. “You could say the city served as a kind of a Petri dish for our experiment,” recalls Reed. “Fortunately, the culture was really embraced by the public. I think the reason for this is that all the negative connotations associated with unsanctioned street art simply didn’t exist here, because there’s essentially no deprivation. When they saw these huge murals they simply didn’t relate them to tagging. Thanks to the public demand, we’ve enjoyed the support of Arts Council Norway, as well as other European cultural institutions.”

Over the years, Nuart has consistently showcased the diversity and breadth of street art culture. “Although the culture is ephemeral and some of the murals are eventually painted over, what we’re seeking to do is reflect the culture rather than define it,” says Reed. “We invite people based on the content of their work rather than its form. Those who are engaged with or are perhaps little bit curious about the culture, look to Nuart as a leader in the sense that we’re always looking to establish the purpose and reason for doing what we do.”

The festival hosts an annual symposium known as Nuart Plus, providing a platform for industry figures and academics to explore this subject matter. “With other art forms there are usually several conferences and retreats around the world for like-minded people to come together, but that didn’t really exist for our culture, because it’s still so young,” says Reed. “Nuart Plus has filled that gap, serving as a place where we can really explore our own traditions of unsanctioned writing on walls.”

Opening doors for the next generation

With the support of the local council, Nuart has developed an educational programme,designed to open the minds of young people to the possibilities of street art and ensure the culture’s sustainability. Groups of school children are invited to come on day trips to the festival where they can take part in workshops and go on guided tours of the art. Street artists will visit 92 schools in the region, some even in remote fjord villages, and teach the children how to make their own work using stencils and paste-ups. “One of the most underrated aspects of the festival is how massively it influences young people and inspires them to get engaged themselves,” enthuses Reed.

In addition to this year’s festival, Nuart will also be initiating a number of satellite projects. As part of one such project, known as ‘The Wall‘, a huge billboard will be erected and curated by Nuart with the aim of encouraging contemporary artists to get involved in street art. Canadian artist Sandra Chevrier will be the first to present her work. Nuart will also be attempting a world first with French artists Ella & Pitr who, alongside partners Block Berge Bygge, are set to create the largest ever rooftop mural, a work that will cover 20,000m2.

Scandic Stavanger City will serve as the festival hotel, hosting a conference on 3-5 September to kick off the festival weekend and accommodating international artists and overseas volunteers. If you can’t make it in person, you can download the Nuart app to follow all the activities. Nuart and their various media partners will document everything and keep you updated through their website and social media.