Polarbröd has been baking traditional breads of northern Sweden since 1879 and is the creator of the world’s first frozen sandwich, a massive hit in Sweden and beyond.

Greta Nilsson, grandmother of the current owner of Polarbröd, managed a café at the ski slope Kanis in Älvsbyn. She found that the demand for sandwiches varied according to the weather and, to avoid wastage, Greta tried to freeze sandwiches and defrost as needed. The Älvsby bread turned out to be excellent for freezing and the skiers’ favourite spread was reindeer roast. 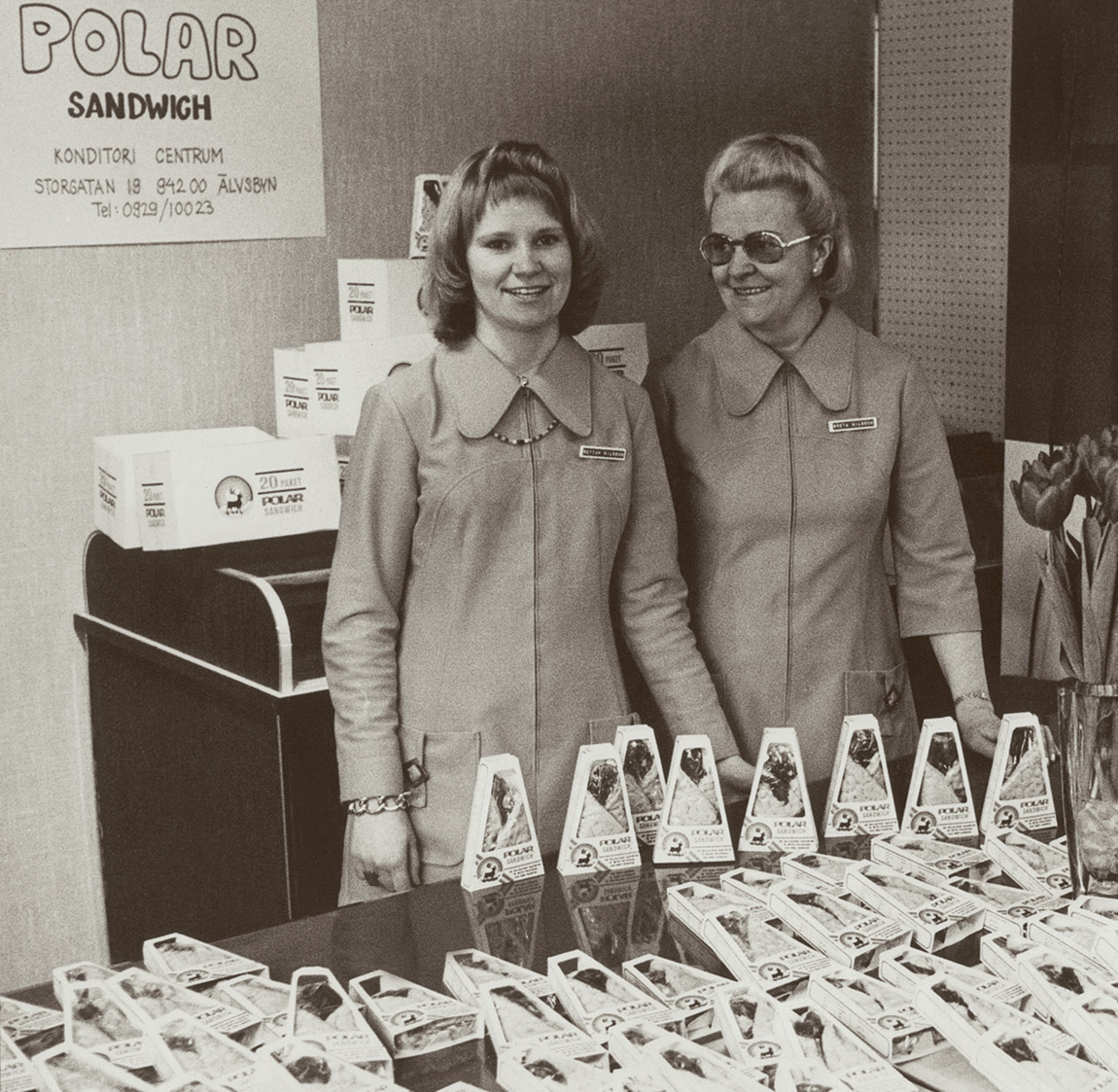 Greta Nilsson with daughter Elisabeth in 1971.

One day, Greta received a request to quickly arrange food for a group of bakery stakeholders on a bus trip. With barely two hours to go, she took a few cartons of sandwiches out of the freezer. At lunch, Greta got the sandwiches out and served to the hungry group. “This is the best thing I have ever eaten on a bus! You have to introduce this sandwich to the market,” urged one of the travellers. 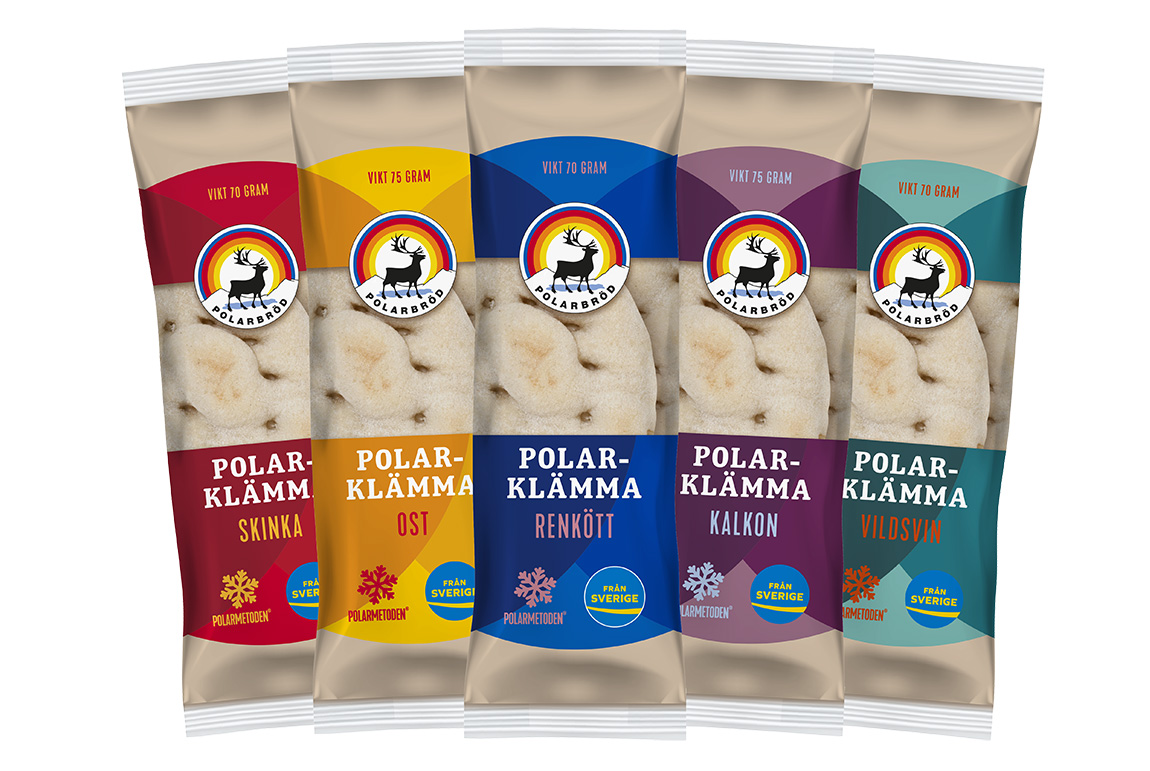 Birth of the beloved Polarbröd logotype

It was time to launch the sandwiches to the world, but a name was needed. Greta, who took English-language courses, thought that the word sandwich sounded exclusive. Since the frozen sandwich was from the north, she added the word Polar. With the whole world as a possible market, she named it the Polar Sandwich, and added “Älvsbyn, Sweden” to the packaging.

Greta asked her cousin Birger Lindberg to paint a stately reindeer with the midnight sun in the background, and a classic brand was born. “The frozen sandwich was the first product that Greta launched,” says Maria Eriksson, marketing area manager. “It was later named Polarklämma – the world’s first frozen sandwich, and became the basis for the Polarbröd brand.”

On 23 August 2020, the unthinkable happened. The bakery and sandwich production in Älvsbyn burnt to the ground. Hundreds of jobs were lost. The entire place was in mourning, and a whole country was left without its favourite bread. The fire became a national affair and positive encouragement came from all conceivable places – consumers, retailers and other bakeries, too. “The support provided the company with energy and forward thinking,” says Eriksson, “and we decided to come back, stronger than ever!” 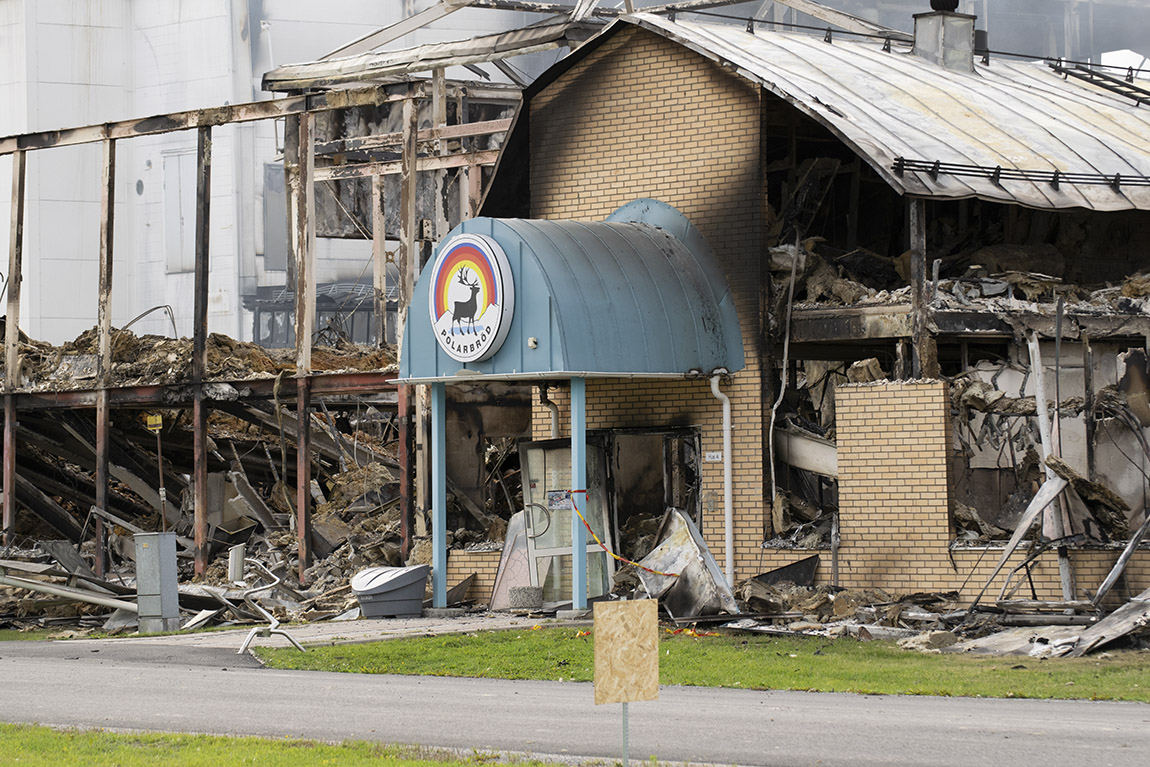 In 2020, a devastating fire burnt the bakery to the ground.

Only three months after the fire, Polarklämman was produced again in newly built premises in Älvsbyn, and 12 employees got their jobs back. About a year after the fire, the first stage of the reconstruction of the bakery was completed, and now bread is once again baked in Älvsbyn.

In May this year, the new premises was inaugurated and Crown Princess Victoria unveiled the entrance sign. Remarkably, this sign was almost the only thing that survived the fire and has become a symbol of Polarbröd’s return.

One of Sweden’s largest bread producers

The company has grown from a small family bakery to Sweden’s third-largest producer of bread. In 2021, the Polarbröd Group reached sales of 955 million Swedish kroner with the help of 261 employees. This year, Polarbröd will celebrate 50 years as a limited company. However, it is still very much a family business with centuries-old traditions in bread culture.

All Polarklämmor are climate-calculated. Waste is reduced thanks to Polarmetoden® – Polarbröd’s shock-freezing method, that makes it easy to get sandwiches out of the freezer and defrost as needed. “We make sustainable bread meals available to everyone,” says Eriksson. “Ultimately, this is Polarbröd’s vision.”

Polarbröd operates in Älvsbyn, Bredbyn and Umeå. In addition to the bread business, the group includes Polarrenen, which takes care of five wind turbines, and also works with real estate and leasing. Eriksson concludes: “In everything we do, the Polarbröd Group wants to be a positive force in the transition to a sustainable supply.” 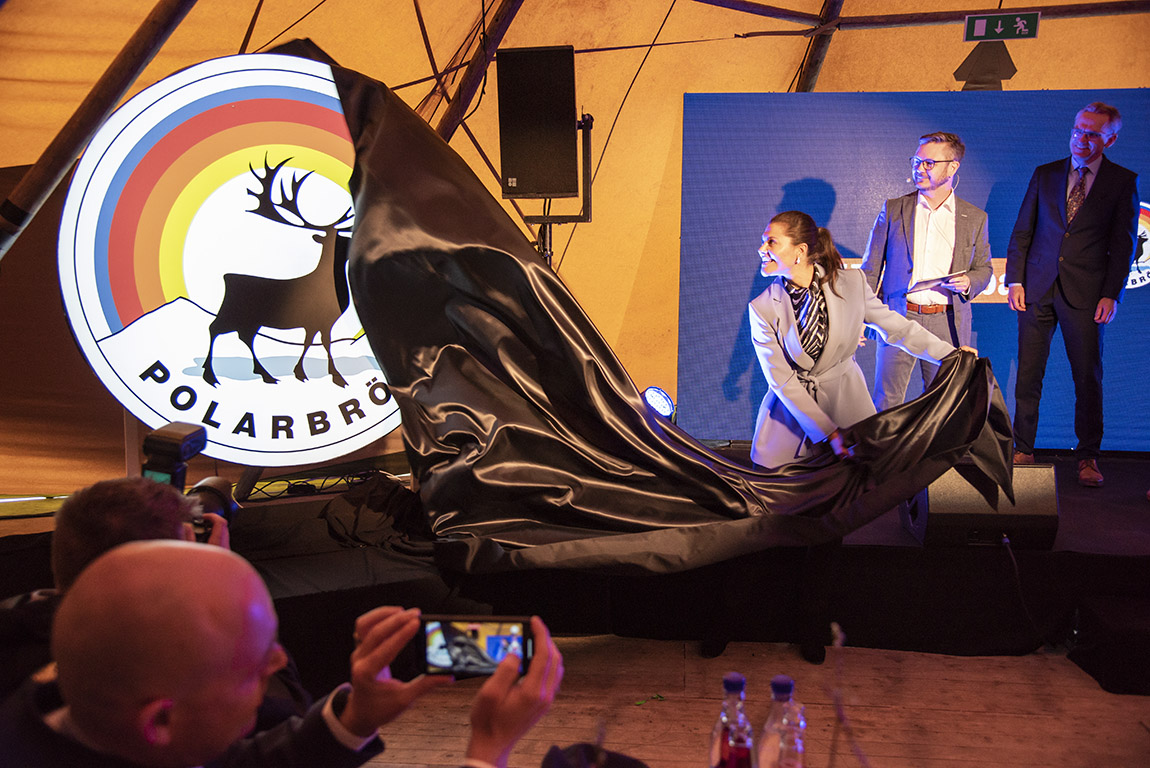 Crown Princess Victoria unveiled the entrance sign at the inauguration of the new premises in May 2022.

About Polarbröd Polarbröd is Sweden’s third-largest producer of bread. The brand bakes traditional northern-Swedish flatbreads, including soft flatbread and crispy flatbread, and also produces a limited range of ready-made sandwiches. The breads are available in grocery stores throughout Sweden and in some European markets. Web: www.polarbrod.se Instagram: @polarbrod Facebook: polarbrod.sverige Twitter: polarbrodAB