Restaurant Domestic: Reaping the benefits of hard work and teamwork

Just two years after opening their Restaurant Domestic, four of Aarhus’s bright young culinary sparks won a Michelin star for their laid-back, welcoming, yet luxurious take on local, Nordic cuisine. 2018 has seen them awarded a star once again and one of the head waiters, Christian Neve, has taken gold in the Nordic waiting championships. They put their success down to hard work, dedication and their close cooperation with passionate local farmers.

In 2015, Christian Neve teamed up with fellow waiter Ditte Susgaard and chefs Morten Frølich Rastad and Christoffer Norton, all of them friends and colleagues from the Aarhus culinary scene. In their twenties, all four were already well established, but young enough to have been trained under the influence of the New Nordic movement, which sparked global interest in Danish and Nordic cooking and emphasised the use of local, in-season and sustainable ingredients.

“The relationships with our suppliers are crucial,” Neve explains. “They’re fruitful partnerships for both sides and a lovely way of adding to the local community.” The quartet’s commitment to staying local was apparent from the start, implied even in the naming of Restaurant Domestic. “At a fundamental level, the people who grow the food, and who are out there on the fields with the crops or animals every day, have a much more intricate understanding
of each year’s produce than anyone else. We’re able to go back and forth to them, learning directly from the source,
to get the best out of these wonderful foods.” For Neve and his team, something like asparagus can be just as exciting and flavourful as caviar. “Ours have been nurtured by Kaj from Djursland, who has dedicated his life to growing asparagus. With his help and with the chefs’ talent in the kitchen, simple dishes can be spectacular,”
Neve argues. 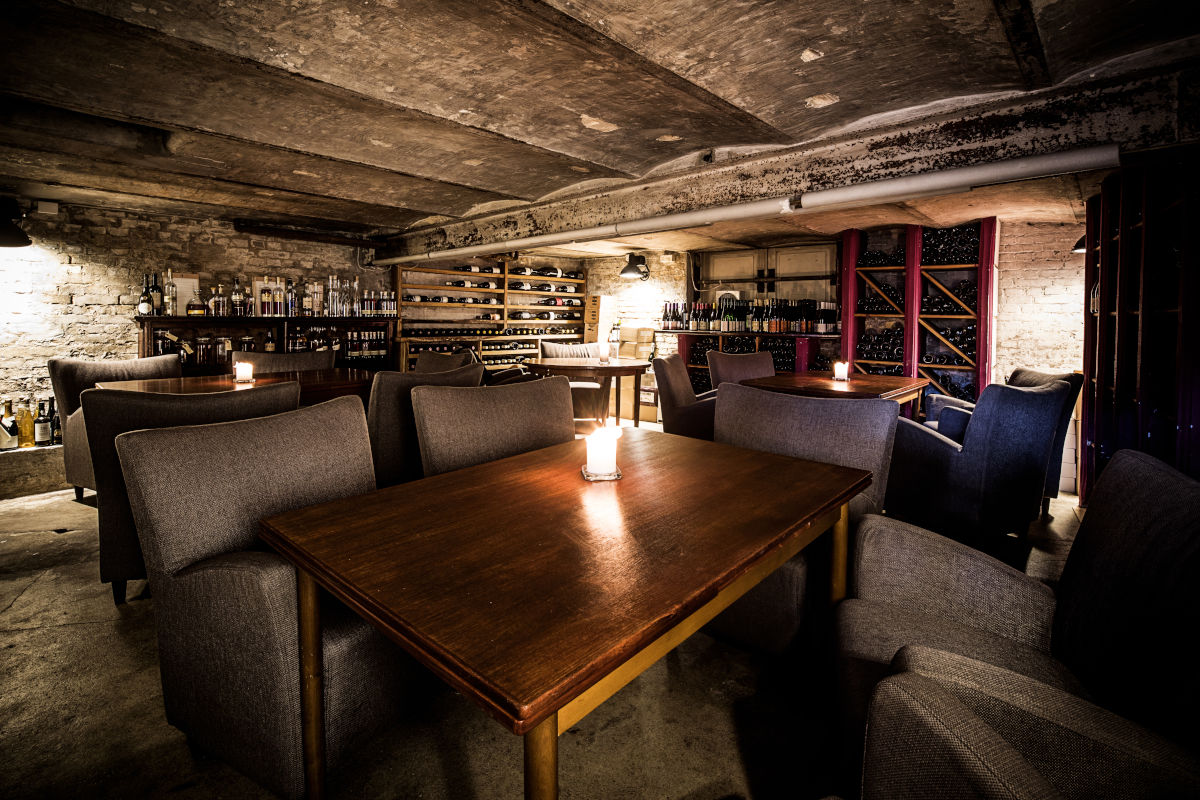 This summer, Restaurant Domestic became only the third Danish Michelin-star winner to be certified with the Organic Cuisine Label (silver), meaning that between 60 and 90 per cent of their ingredients are organic. “Our close relationship with suppliers like the Dam Hansen family at Troldgaarden means that we can be sure that the pigs have led a good life and that they’ve been reared sustainably and organically,” Neve says. The relationship also has a direct impact on their customers’ experience. “Being able to learn the characteristics of a pig’s race and the exact components of its diet allows us to bring out the flavours of the animal to their fullest potential.”

Waiting on a fruitful harvest

Restaurant Domestic changes its menu in accordance with the seasons in order to get the best out of their ingredients, creating new recipes and combinations to fit the season’s yield. This year, for example, has been hot and very dry, which means that vegetables have had a tough time. “Many vegetables become more soft and loose because it takes more time and more energy to grow in size and ripen,” Neve explains. “Being able to talk to our suppliers about things such as the effects of hard soil on the texture of pointed cabbage makes for a completely different relationship with the ingredients than just popping down to the local supermarket for a generic white cabbage.”

One of the best things about the multifaceted and well-balanced Restaurant Domestic quartet is their enthusiasm
for all sides of catering and cooking, including both experimentation with new ideas and utilising traditional methods, such as pickling, curing and fermentation. “The hot and dry weather this year has actually been really good for fruit and excellent for berries,” Neve explains. “In fact, we’ve just received 50 kilogrammes of cherries that we’ll need to preserve for winter, so that’s a fun little project to get going with.” Each member of the team also has a number of side interests which feed into the wider expertise of the restaurant: Susgaard is a sommelier, Norton bakes, Rastad brews beer, and Susgaard and Neve have added an expertly designed range of non-alcoholic juices to the menu. In the summer, they also run a secondary restaurant at Branbygegaard Farm.

And finally, of course, Neve is officially 2018’s best waiter from the Nordic countries, having also competed and won
gold at the national championships last year. “I think the essence of hosting has been forgotten a little in recent years,” he muses. “We have to remember to be present at each table and understand the people in front of us; to see the experience from the guest’s perspective and explain things so that it makes sense to them and so that they enjoy the experience.” That attentiveness and attention to detail permeates Restaurant Domestic, from the ingredients in the kitchen to the waiting staff at the front, and might just be the key to a whole future galaxy of accolades and Michelin stars. 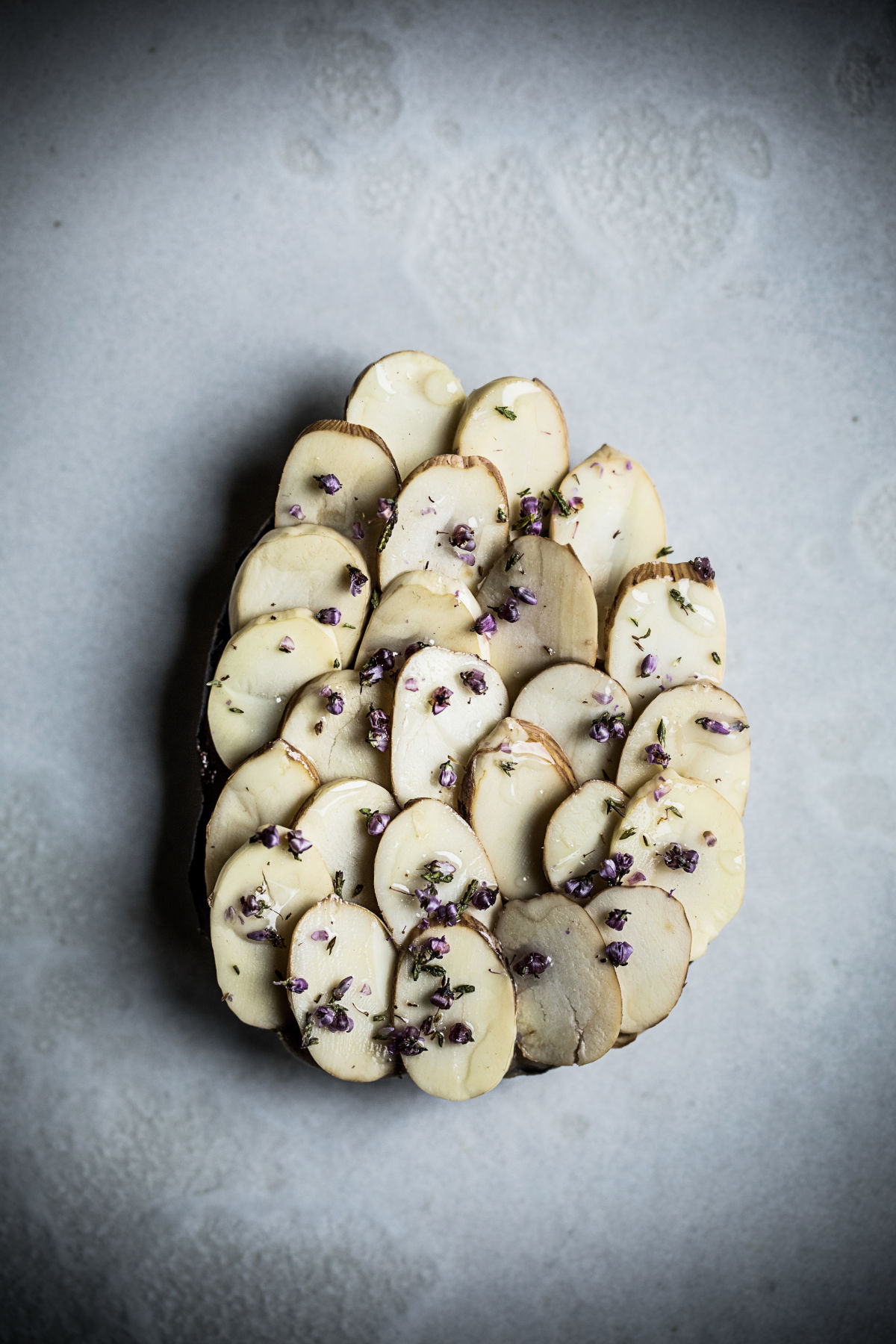