T he history of Norway throughout the ages is a rich and colourful tapestry, with events and traditions that have had a huge impact reaching far beyond the country’s own borders. The Vikings brought Norwegian and Scandinavian traditions and people to the world, then brought foreign traditions and people back home, and changed the course of world history as a result.

They might be known for their appearance, their ruthlessness in battle and raids, for their berserkers and warriors and for their kings and earls, but equally important were their trade, religion, art, politics and handy-work. Ships, jewellery, detailed weapons, clothes, leather and artefacts make up some of the treasures that would all have been lost in time, had it not been for the Vikings’ burial traditions. Kings, earls and other important or powerful people were buried with their ships, assuring them a safe and worthy journey to Valhalla. They were buried along with their belongings and assets, many of them surprisingly well-kept after centuries in the ground.

Quite a few excavated ships, items and artefacts can be seen in museums around the country, and the largest ship discovered so far is finally getting its rightful place in the spotlight in Nordfjordeid, in the west of Norway. Traces and remnants after the ninth-century Myklebust ship were discovered in 1874 by archaeologist Anders Lorange, in a large burial mound locally known as Rundehogjen. The ship is estimated to have been approximately 30 metres long, with a crew of at least 44 people, though probably closer to 90. Along with the ship, a full set of weapons, jewellery, gaming pieces and a Celtic bronze bowl with the burnt remains of human bones were discovered, indicating that the person buried must have been a rich and powerful man, most likely a local king. Experts believe this to be King Audbjørn (ca. 840-870) who fell at the Battle of Solskjel.

Rundehogjen is one of five Viking grave mounds in Nordfjordeid, cementing the region’s importance during the Viking era in Norway.

Learn about the Viking age through text, images, audio and visual installations

Sagastad is a brand-new museum and knowledge centre in Nordfjordeid, focusing on the Myklebust ship and the surrounding history. There, you’ll be able to explore a full-size reconstruction of the ship, built by local boat-builders the traditional way, and learn about the journeys, traditions, rituals and culture of the people of the Viking era. Collaborating with the University of Bergen, the museum is ensuring that every little detail is as accurate as possible.

There’s also a digital audio-visual exhibition using interactive screens and text, where the visitors will be greeted by a vǫlva, a female shaman and seer in Norse religion, as well as King Audbjørn. They will take you on a journey through their day and age, and show you what happened to them. The exhibit is adapted to different types of visitors, making it possible for guests of all ages and levels of knowledge to take part. This also allows for people with a greater interest to dive further into the different subjects. A dedicated exhibition app is currently being developed, letting visitors experience the exhibition in their own native language.

The exhibition is divided into three parts: Nordfjordeid in the Viking Age,exploring everyday life in the local area during the Viking Age;The findings of Myklebust,telling the story of The Last Voyage,binding together the death of the King and the burial at Myklebust, as well as the Vikings’ way of viewing their own world and the world of the gods and cosmology; and, finally,The Myklebust Ship,which explores the story of the ship and its journeys across the world, of trade and plundering, and the travels to the east, the west and the colonisation of the North-Atlantic.

The different interactive modules let the guests learn actively, by taking part in the exhibition rather than being passive spectators.

The museum is open to groups and individual guests alike, though groups must book in advance. 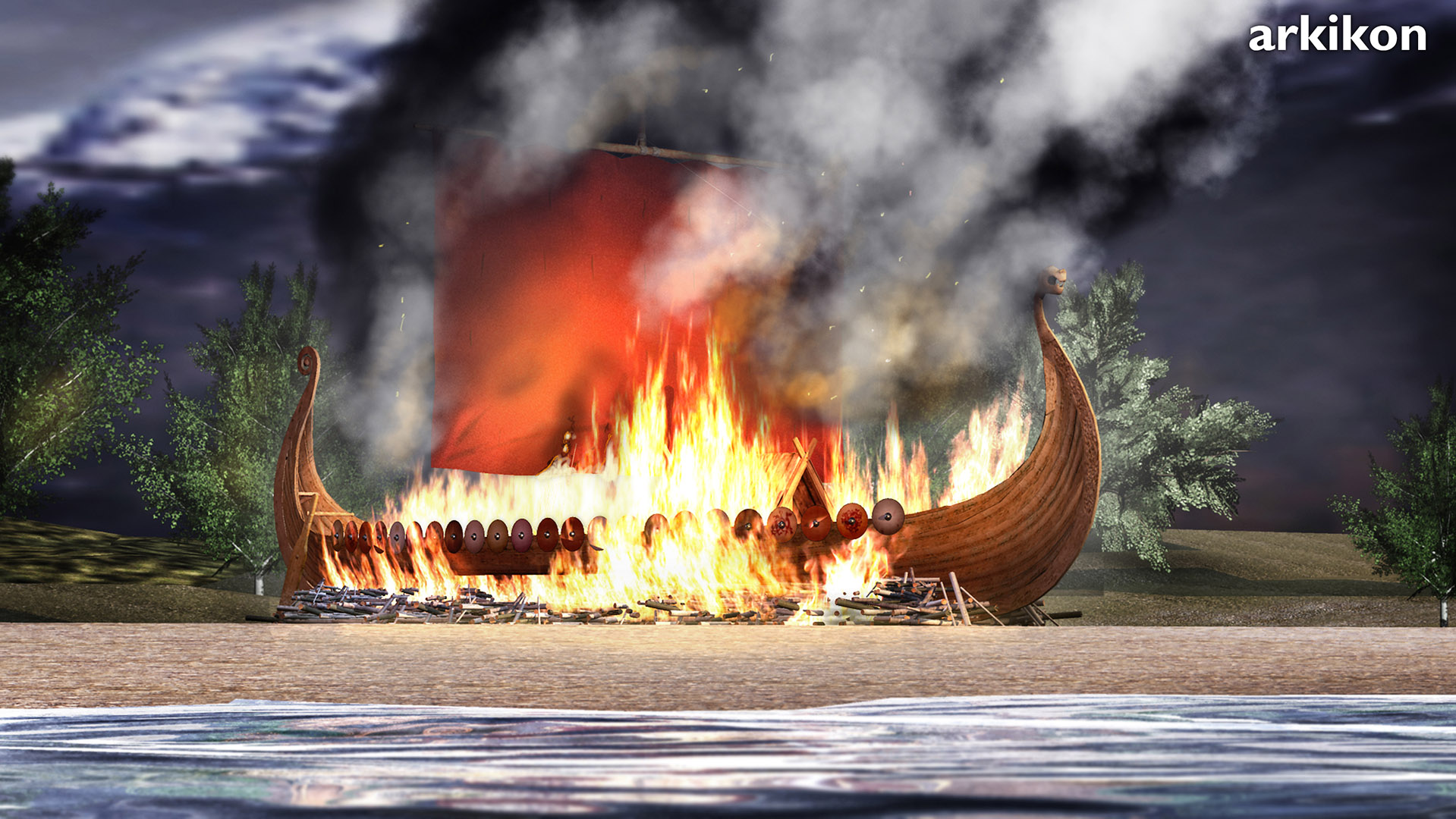 www.sagastad.no Read the feature on issuu