In 2005, a radio programme about whisky inspired nine guys in Jutland, Denmark. The group got together to make Denmark’s first whisky, as a hobby project, wondering whether whisky production in Denmark was viable at all. It certainly was – and the international whisky legend Jim Murray caught wind of their project early on. After tasting their first new make, he declared to their amazement that their Stauning Whisky had potential to become one of the best in the world.

To be exact, Jim Murray uttered that “those who love peated whisky would kill their own mother to get their hands on a bottle like this”. With words like that to keep them going, the nine friends decided to turn their weekend adventure into a serious business venture. 15 years later, Stauning Whisky is the oldest and largest, but by no means the only, successful Danish whisky producer.

“As it turns out, Denmark has perfect conditions for whisky. It makes sense if you think about it – we’re just across the water from the British Isles, whisky’s motherland. Our little village of Stauning is at the same latitude as Edinburgh,” says co-founder Hans Martin Hansgaard. “We have an excellent climate and high-quality rye, barley and water. Whisky actually includes all the same ingredients as beer and rye bread, and the Danes have already made those into an artform.” 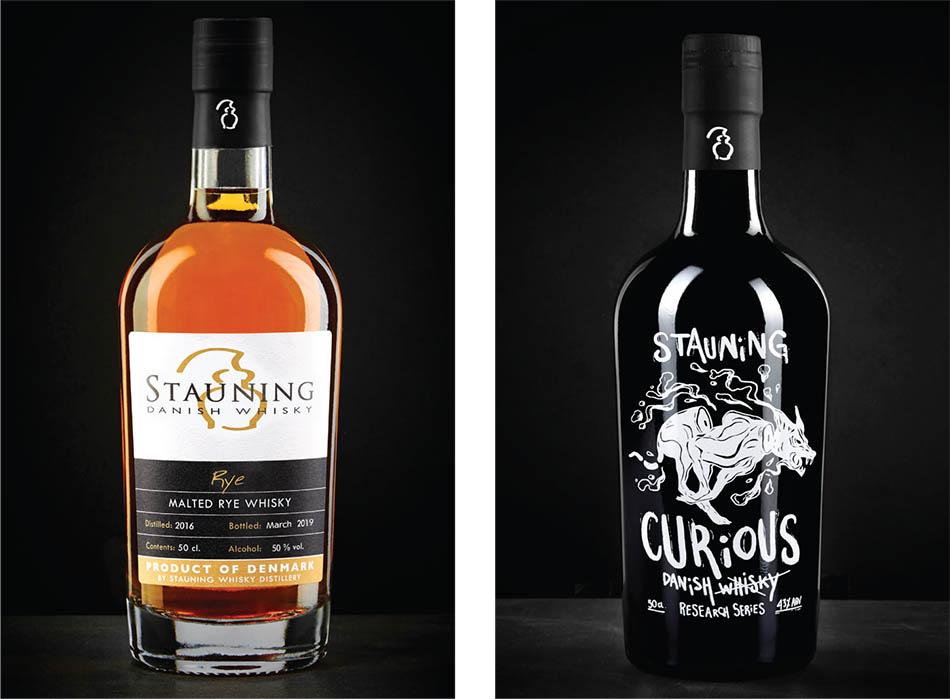 In 2019, Stauning Whisky was named World’s Best New Make of the Year at the World Whiskies Awards. “The new make is the pure virgin product, fresh from distillation, before we start aging it in casks,” Hansgaard explains. “The aging process changes the flavour and look of the whisky – actually, whisky comes out clear and becomes golden from the cask – but it can also mask any imbalances in the flavour of the new make.” In the new make, meanwhile, there’s nowhere to hide. “Having a base whisky that wins awards on its own is a testament to the quality of the raw ingredients and the effort we put in.”

In order to give Denmark’s first-ever whisky the best possible start in life, the Stauning group went back to original Scottish production methods. “Traditionally, whisky was produced from whatever barley and rye were available locally. You could taste the nuances of the region in the drink. As distilleries grew, however, and demand and competition became fiercer, a lot of the big distilleries started sourcing their ingredients from far away. The resultant whisky loses a bit of its individual spirit, if you’ll pardon the pun.”

The Stauning group’s early decision to keep all processes in-house and ingredients locally sourced coincided with the budding New Nordic movement, which sought to modernise the Danish kitchen by first going back to honest, traditional ingredients and processes before playing around with them. The New Nordic movers found kindred spirits in Stauning Whisky, and by 2011, many of Denmark’s most prestigious bars and restaurants – including Noma, the world’s best restaurant at the time –featured a range of their whiskies.

The new distillery opened on the old premises in 2019. Just outside the village of Stauning, it remains as committed to handcrafted quality as ever. All of Stauning’s barley and rye is grown within three kilometres of the distillery, and production remains staunchly in Stauning, from the malting of the grains to the final maturation and bottling. Burning local peat adds a luxuriously smoky fullness to the whisky, which then undergoes double distillation in copper pot stills. “One thing that people often remark on is the fact that you can really make out the individual ingredients,” Hansgaard says. “There’s a fruitiness and fullness to our products that belie the whisky’s age. It tastes very mature and full-bodied.”

In 2015, Stauning Whisky entered into a partnership with the world’s largest spirit manufacturer, Diageo, which allowed for the expansion to occur. “It’s a fantastic partnership. They recognise that what makes us special is our commitment to the local, and they trust us to experiment when we feel like it and to otherwise get on with it, which gives us maximum freedom and flexibility.” 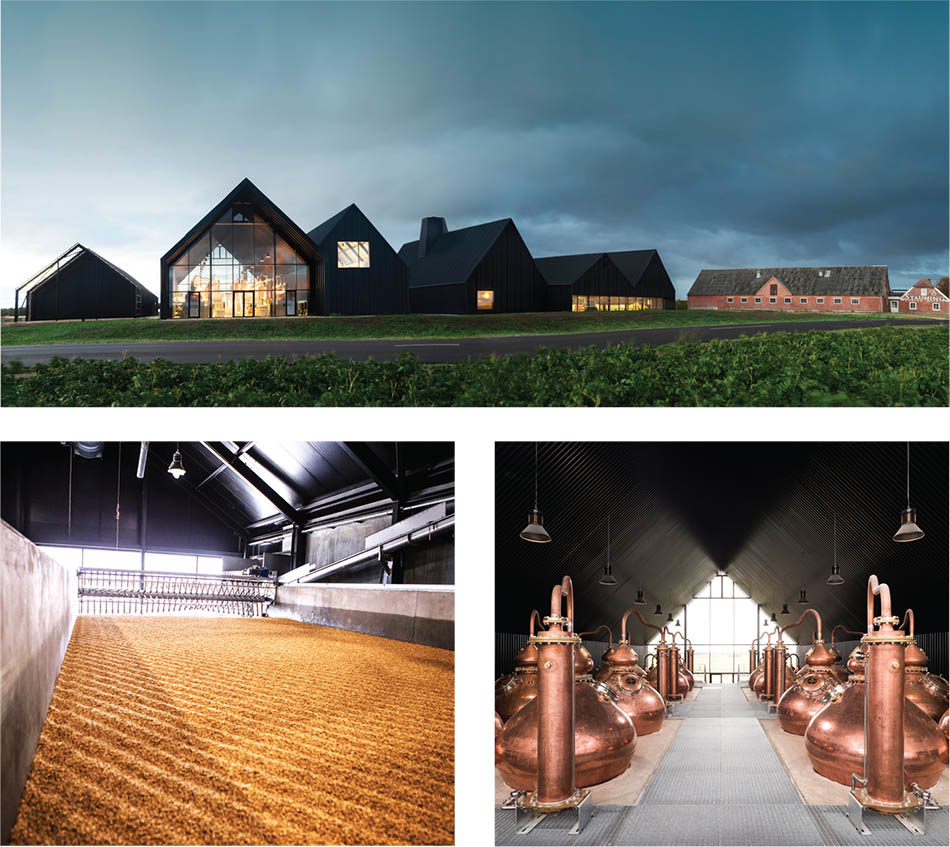 When they set out in 2005, the Stauning group were making 100 litres a year. Their new facilities allow them to produce 900,000 litres annually. “It sounds like a lot, but it actually isn’t,” says Hansgaard. “It is not uncommon for Scottish distilleries produce up to 15 million litres every year. An output of 900,000 litres a year means we can play in the big league, but without compromising on honesty or quality, and it means we can remain the ardently local business that we’re proud of being.”

Stauning Whisky has fast become a large business in the area, bringing vitality and tourism to Stauning. Its guided distillery tours have become hugely popular with both Danish and international tourists, giving whisky connoisseurs and ignoramuses alike an honest and intriguing look into the mysterious world of spirits and angel’s shares…