The sea by the west coast of Jutland has always been a busy thoroughfare, and its perilous shores have claimed countless lives and ships across the ages. They were particularly devastating on 24 December 1811, when two ships of the line, HMS St George and HMS Defence, crashed onto the western Jutish shores on their way home to Britain. Of almost 1,400 sailors onboard, only 17 survived. Strandingsmuseum St. George tells the story of these seamen, and the Jutes who rescued the survivors, through a unique collection of artefacts recovered from the ships.

“The story we can tell here is one-of-a-kind,” curator Helle Henningsen explains. “The two ships were recovered in the 1980s and ‘90s, and though what they portray is a devastating tragedy, they also give us an almost perfect glimpse of life aboard a huge, British ship of the line during the Napoleonic war. We’ve got a moment frozen in time here, from the massive cannons from the gun deck to tiny pepper corns from the galley.”

Life aboard the ships was tough. “Many of the seamen had actually been snatched by gangs and forced to live and work on the ships for years and years,” Henningsen says. “Conditions were crammed and dangerous. Boys as young as 11 worked as so-called powder monkeys, darting around carrying buckets full of gunpowder during battles, and there was a real upstairs/downstairs situation going on among the sailors. On top of that, you had the marine soldiers and the officers, the boatswain and the surgeon, whose operation tools are on display.” 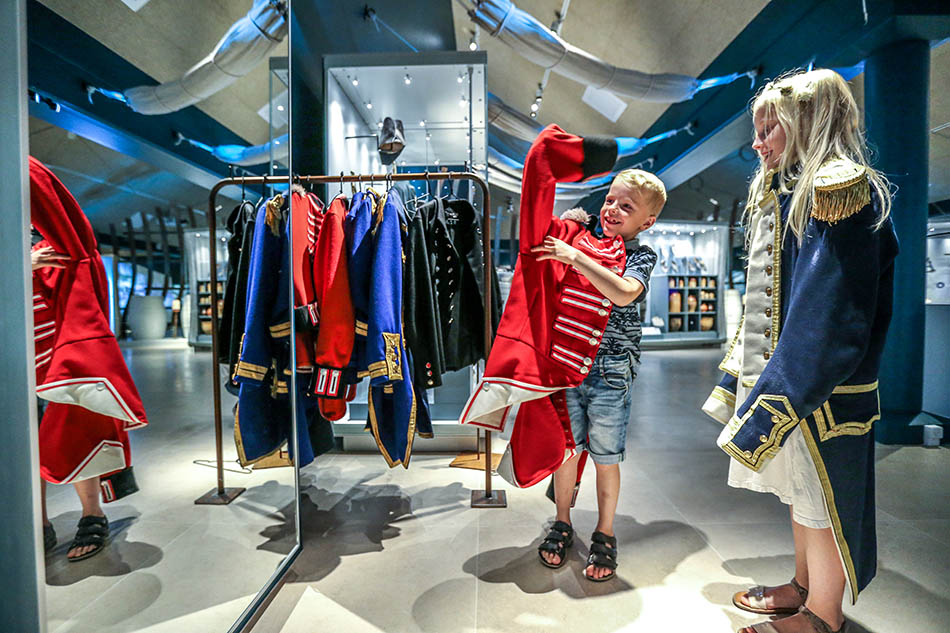 One of the walls of the museum lists the names of the 1,360 crew members likely to have been onboard. On top of that were an unknown number of women and children. One survivor recounted how he saw the carpenter’s wife and young daughter make it up to the deck of HMS St George in the chaos after its wrecking. They didn’t make it off the ship. Those who did were nursed back to health by the local Jutes, whose lives were in turn shaped by the sea and the treasures it sent them with every wreck, an equally interesting part of the museum. A new sensual exhibition lets visitors experience and understand the west coast’s volatile weather conditions, while along the coast just outside the museum, the final resting places for countless sailors await, still ominously known as the Dead Men’s Dunes. 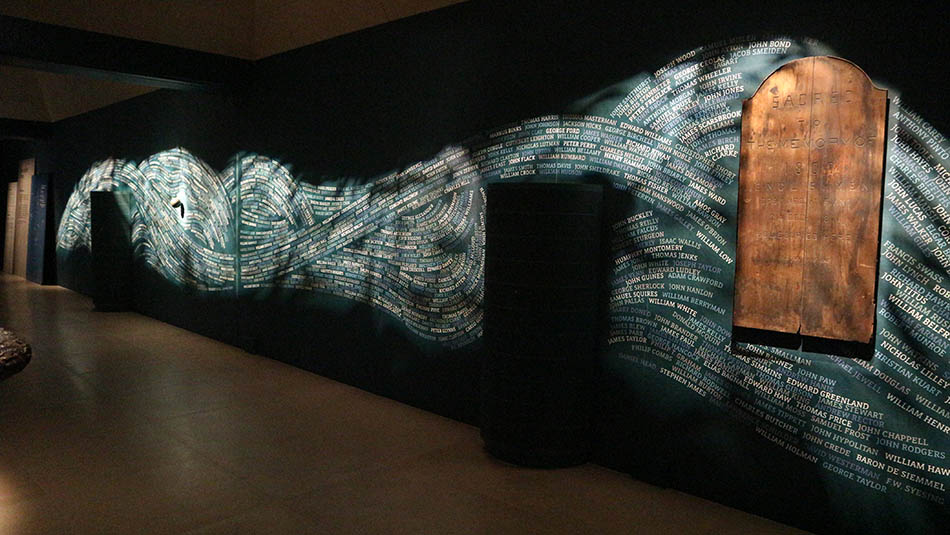