The Viking Museum: Stand face to face with a Viking

Amillennium has passed since their heyday, but the Vikings continue to fascinate and spark interest all over the world. A museum in Stockholm specially dedicated to these famous seafarers invites visitors to take a step into and experience this dramatic and eventful historical epoch.

Who were the Vikings, and why have they come to be so well-known worldwide? Were they essentially brutal, vicious looters, or is there more to their story? The Viking Museum tries to answer these and many more questions regarding their life and times. In the exhibitions, visitors get to meet the Vikings through objects, sceneries and films.

“For instance, we’ve done a DNA reconstruction of a man who lived in the city of Sigtuna during the Viking Age, using the same methods that the police utilise to identify victims of crime. Through the analysis, we found out his hair colour, his eye colour, that he had freckles, how tall he was and when he died. We’ve even been able to uncover what he ate, which revealed that he was a vegetarian,” begins Tora Larsdotter Andersson, archaeologist and marketing coordinator at the museum. And right there, the bubble is burst with regards to one commonly alleged ‘fact’ concerning the bloodthirstiness of Vikings, at least partially. 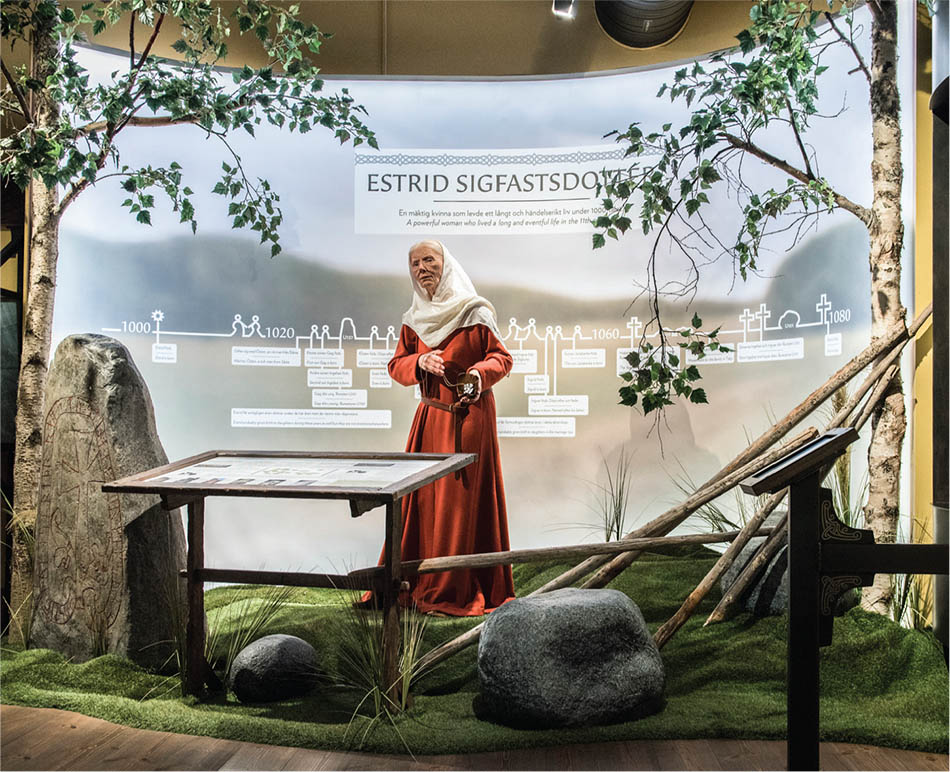 The museum is relatively new, having opened in 2017, but it has already attracted a formidable work force that enlightens and informs visitors about the Viking Age. A majority of the guides at the museum – of course dressed in appropriate Viking outfits – are archaeologists who also have some additional specialised expertise.

“This means that the guided tours are a bit different depending on who the guide is. Some will talk a lot about the archaeologist as a criminologist and about what the skeleton can reveal about a person. Others focus on the powerful women of the Viking Age. We also have an Icelandic guide who’s amazingly knowledgeable when it comes to the Icelandic sagas and mythology,” Larsdotter Andersson points out. 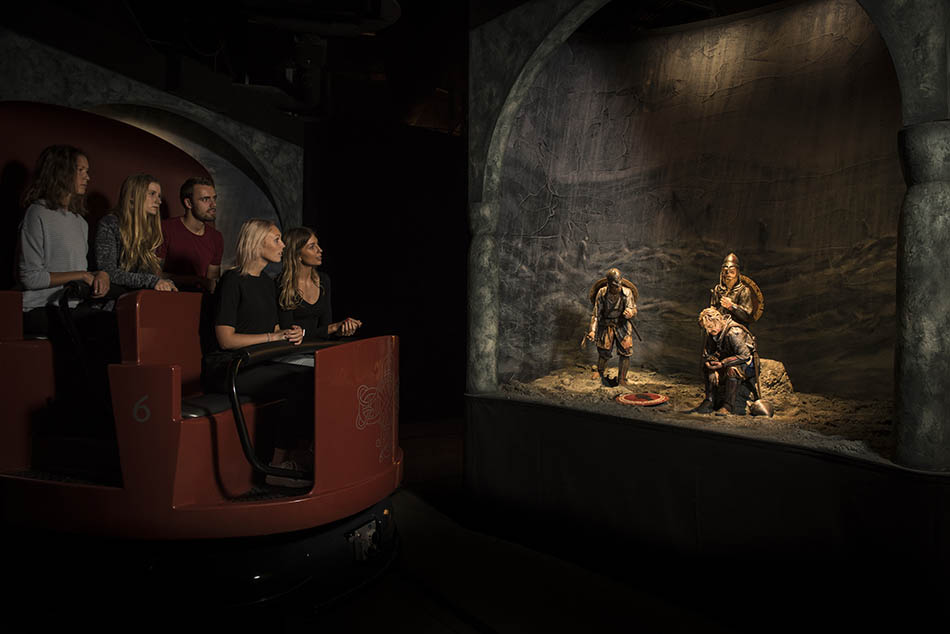 Furthermore, visitors to the museum are invited to jump on board a little train and follow in the footsteps of Ragnfrid to experience her remarkable saga. This captivating journey begins at Frösala Farm, where Ragnfrid and her husband Harald are introduced. After that, the visitors are taken on a remarkable trip where they witness plundering in the west and slave trade in the east. It is Ragnfrid herself who narrates the saga, with a little help from sounds, lighting and atmospheric sceneries.

Naturally, the museum has a restaurant that serves such delicacies as ‘Viking in a pan’. And, of course, it would not be a Viking museum if there were no mead readily available. Regarding the mead – this is something that the museum has worked on further. “We’ve developed our own mead together with a local brewery, and we offer mead tasting here at the museum,” Larsdotter Andersson says. 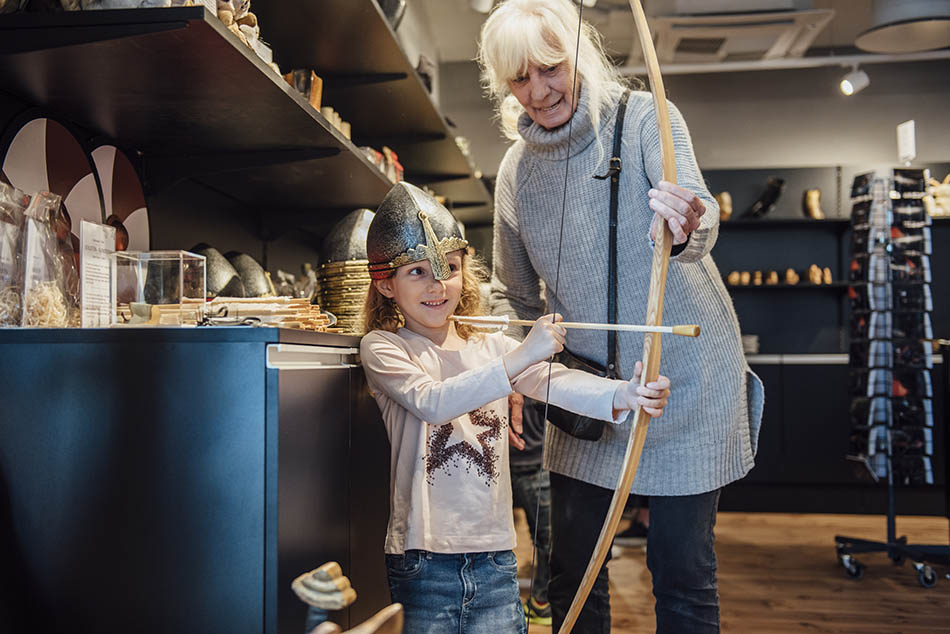 Unsurprisingly, families are attracted to the Viking Museum in large numbers, and during the school holidays the museum is filled with various child-friendly activities, such as games and battle shows. In particular, an exclusive guided tour that is held in cooperation with HBO Nordic attracts plenty of children and parents alike. “We call it Vikings – the True Story. The tour looks at the popular TV-series and discovers the truth behind some of its most famous characters,” Larsdotter Andersson explains. In addition to the tour, there is also a small exhibition looking further into some of the most colourful characters from the TV-series.

Every weekend, the museum offers a number of different tours, through which the whole family can experience the Viking Age together. “The children get to touch various replicas, sit in our Viking longship, and taste some of the food the Vikings ate during their long journeys, such as dried cod – usually more memorable than popular,” Larsdotter Andersson admits. 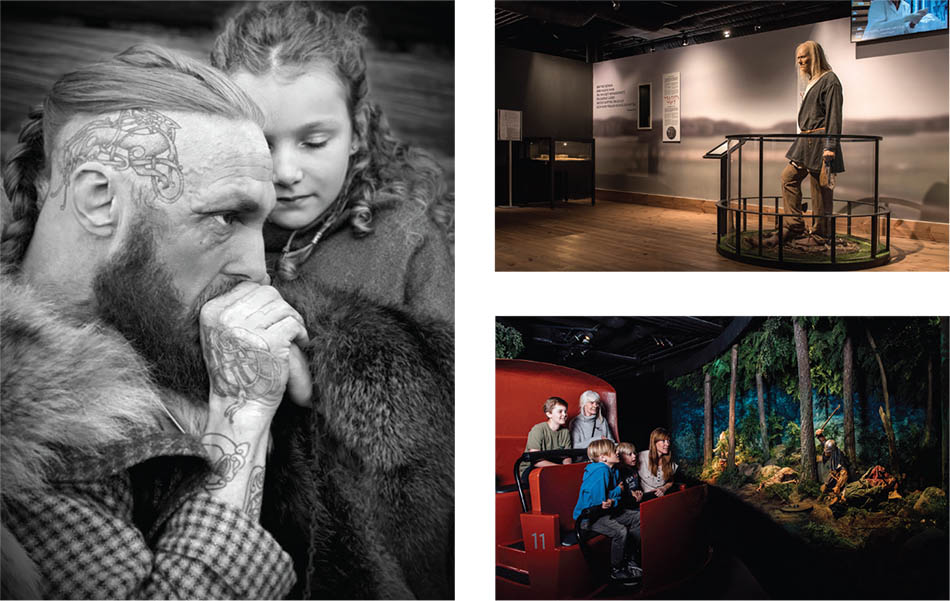