Tirpitz: Beneath the dunes of time

Popular with bathers, the grassy sand dunes of western Jutland provide access to long, lazy hours of summer fun and the sparkling sea. The tourists and locals scrambling across them may fail to notice that they hide many centuries of history and secrets, too. If you look closely, four sharp lines cut through one of the largest dunes, revealing a world beneath the sand. Aided by the Bjarke Ingels Group’s breathtaking building, the extraordinary museum Tirpitz tells the story of the last 40 million years of West Coast history, from the shaping of the amber you might pick up outside to the minefield left over from the Second World War.

“We set BIG, the Bjarke Ingels Group, an impossible challenge: design a world-class piece of architecture that doesn’t interfere with the landscape around it – create a stand-out building, and make it invisible,” says Claus Kjeld Jensen, museum director at Vardemuseerne. “They managed to do exactly that. The building we’ve got today is beyond anything I’d imagined.” 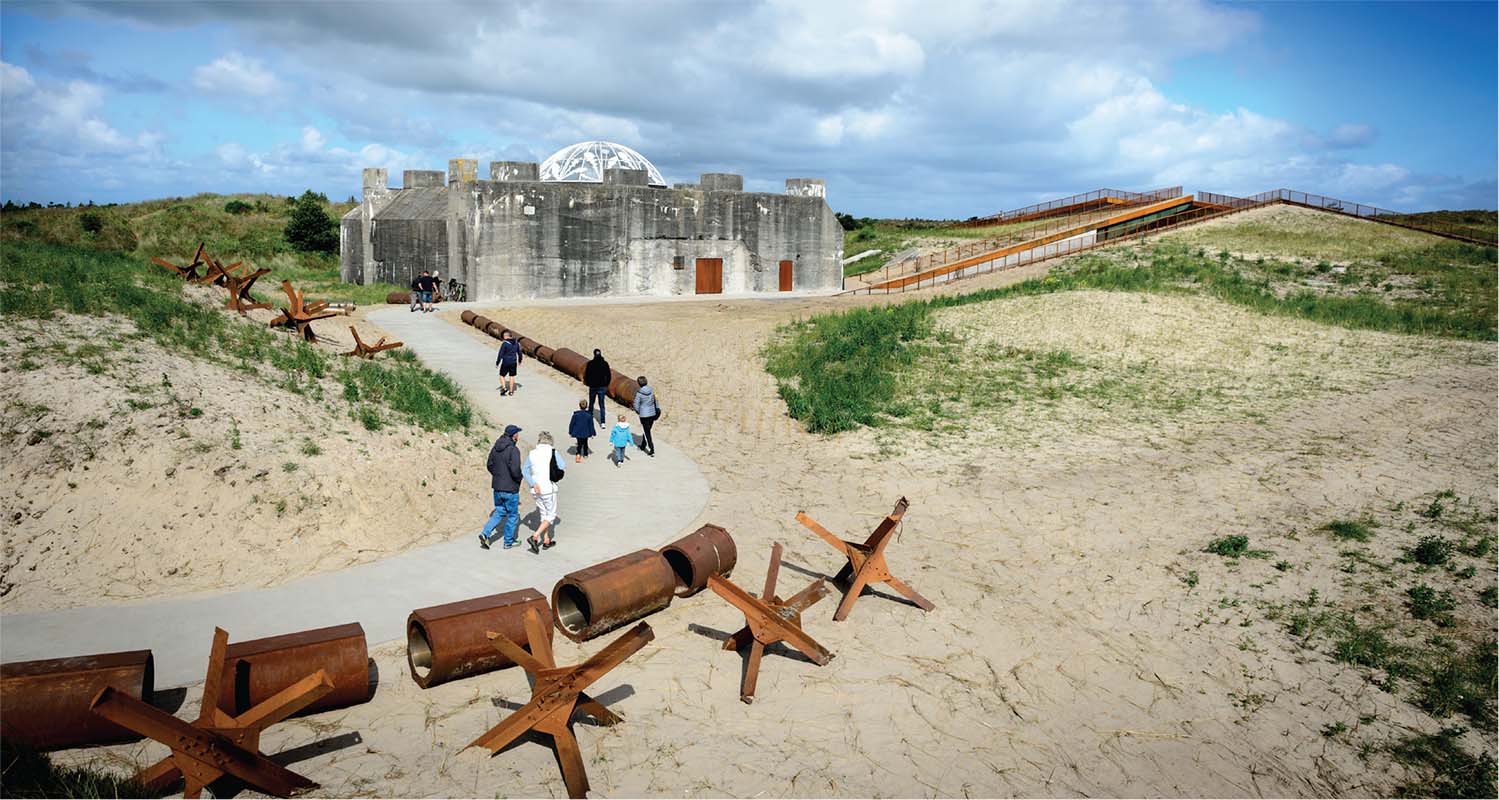 When the Tirpitz Museum opened in June 2017, the eyes of the world were already sneaking a peek in anticipation, from the USA’s CNN to the British Guardian. Built as a museum to the ominous fortress-like Tirpitz Bunker next-door, the museum playfully takes up the bunker’s concrete expression, but the resultant building is the complete opposite of its neighbour, which guests can access via the museum. The bunker, which was built to protect access to the industrial stronghold of Esbjerg, is heavy, dark and menacing. The museum, on the other hand, is light, bright and inviting, despite its total immersion in the sand, thanks to the ingenuity of the team behind it. 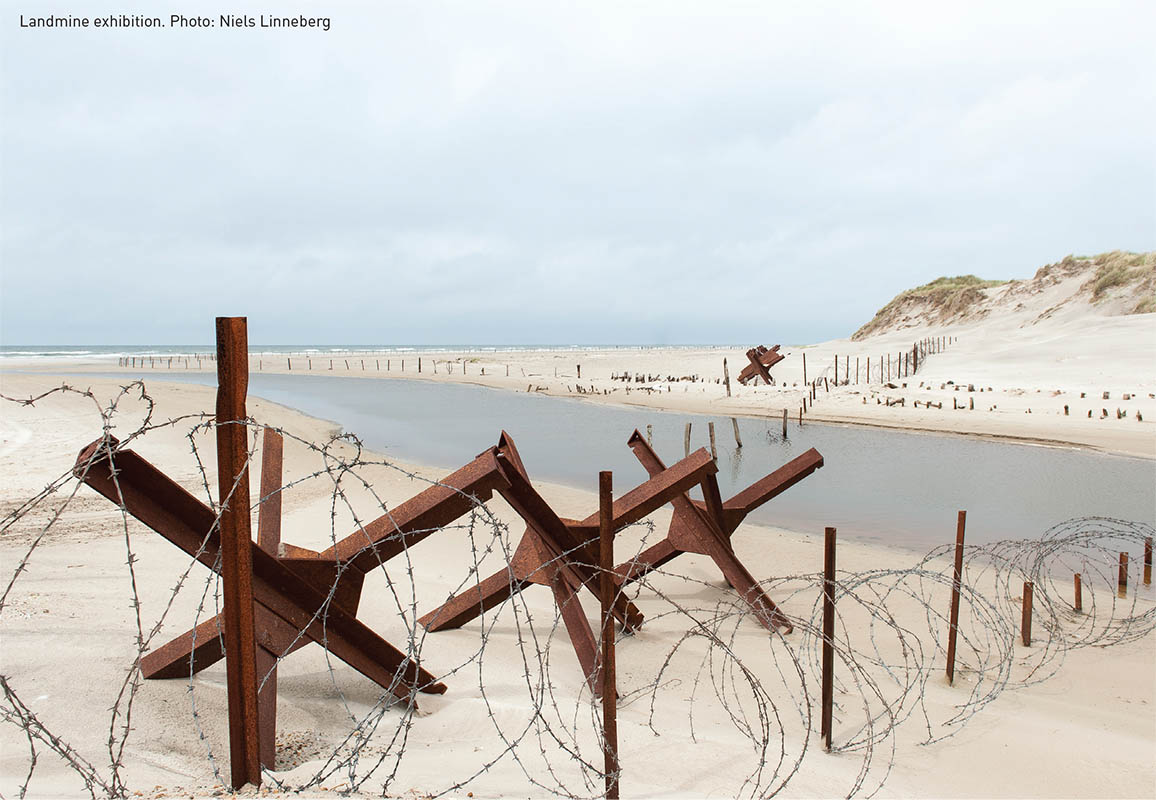 “We’ve got a floating concrete roof that, despite weighing 1,000 tonnes, seems weightless atop the huge windows – which happen to be the largest pieces of glass installed anywhere in Denmark,” Jensen explains. “It means that we actually get a great amount of natural light, despite being underground. A lot of newer museums choose to go the opposite way, making the exhibition space into a dark and simple ‘black box’, which makes it easy to make use of technology. But the natural light around here is very special, and we wanted the museum to be as open and as connected to its beautiful surroundings as possible. And I think most people go a bit bonkers if they spend hours without light.” 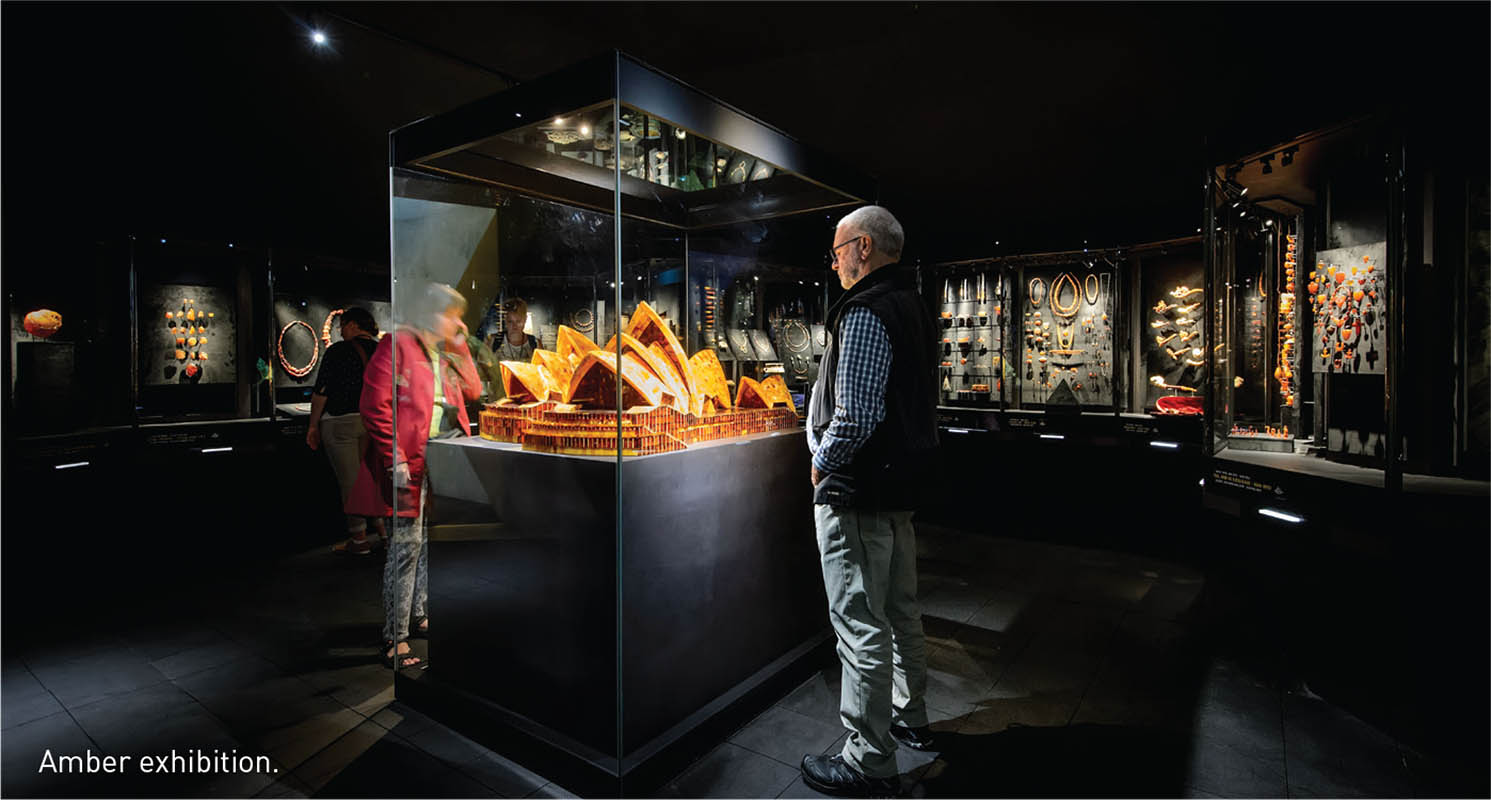 Building the stories of the West Coast

There’s no hiding away the building at Tirpitz: its striking forms meant that it had to be part of the exhibitions too. Everything is visible and meant to be visible. The formwork used to mould the concrete was crafted to make a specific pattern; every line, where different materials were joined together, is part of a bigger puzzle. And the architecture feeds into the displays themselves. In one of the three permanent exhibitions, The Hidden West Coast, the concrete walls surrounding you on all sides come alive with landscapes, objects and people, bringing you back through movie magic to times passed long ago.

“We worked with a very exciting Dutch exhibition specialist, Tinker Imagineers, to create exhibitions that told our stories as well as possible, using whatever devices and means we needed, from the newest digital devices to physical objects and actors,” Jensen says. “They’re a fantastically creative group of people. The exhibitions that they’ve come up with are at the forefront of storytelling, and it makes us very different to the dusty old collections some people might think of museums as.” 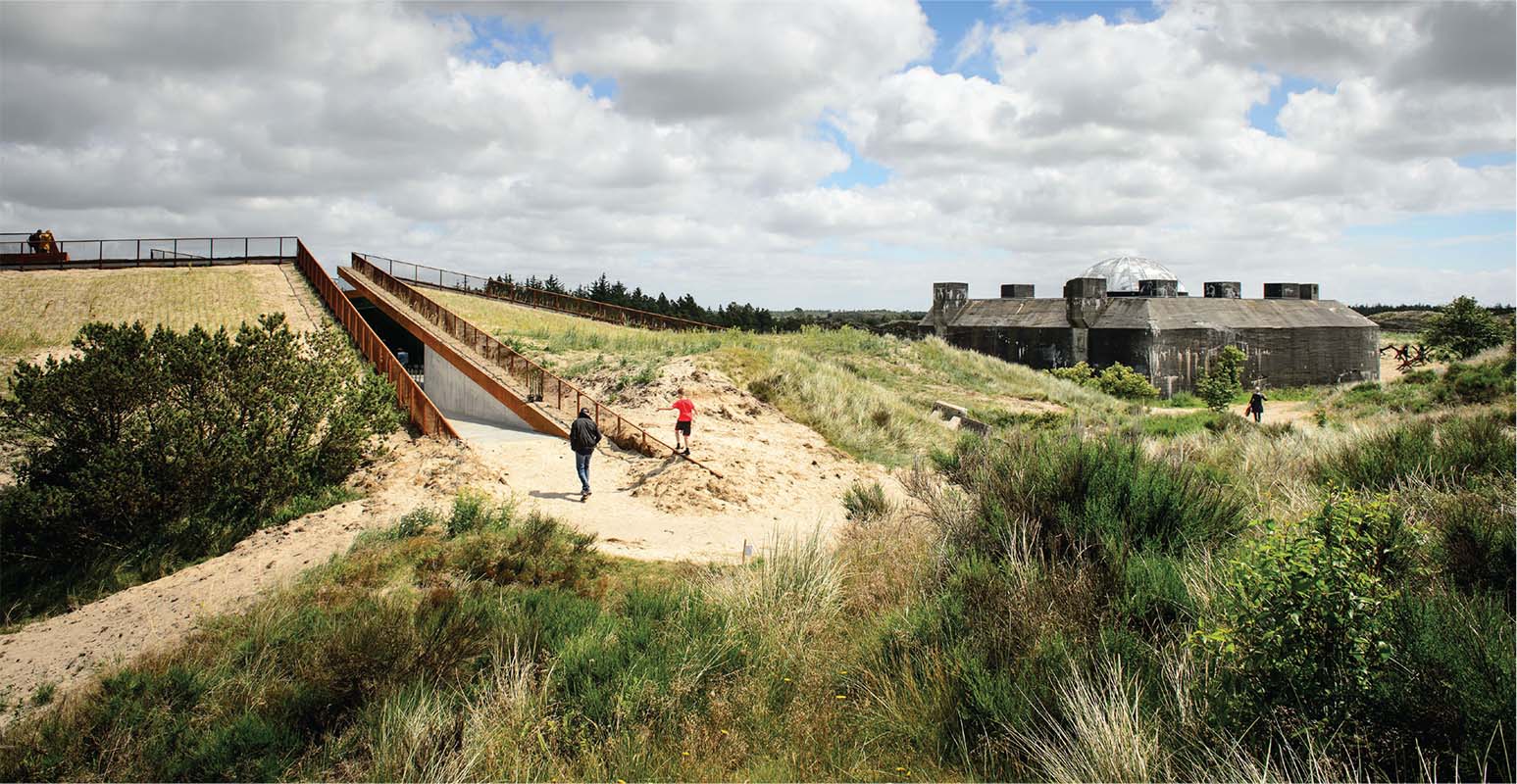 Creating a space for everyone

With four very different permanent exhibitions as well as temporary exhibitions, talks and school services, Tirpitz is designed with all types of visitors in mind – including those who never visit museums. “We took care to make something for everyone here, from the biggest culture nerds to the people who were turned off history by a boring teacher at school, and including all ages. Some of the best feedback we receive comes from families where everyone took something different away after visiting,” says Jensen.

“One group that is often forgotten, for example, is tweens, who often feel too old for kids’ museums. We’ve had a lot of ten- to 14-year-olds take a particular interest in our temporary exhibition, Danger – Mines! (Livsfare – Miner!), which explores the real story behind the Oscar-nominated film Land of Mine (Under sandet), which took place here.” After the war, German soldiers were forced to clear away the mines themselves, leading to death or life-changing injury for every fifth soldier. The exhibition explores the ethical dilemmas surrounding the clearance and draws comparisons to the landmines that continue to kill children and adults today.

It also lets visitors feel in their own body some of the terror of walking through a minefield, using the incredible, local landscape, exhibition technology and architecture that has won Tirpitz great acclaim throughout the world. “It’s an incredible gift for museum folk like me, and for our cultural heritage, to be able to share with people a building where the architecture so eloquently furthers the stories we’re telling and their connection to the local area,” the museum’s director concludes. 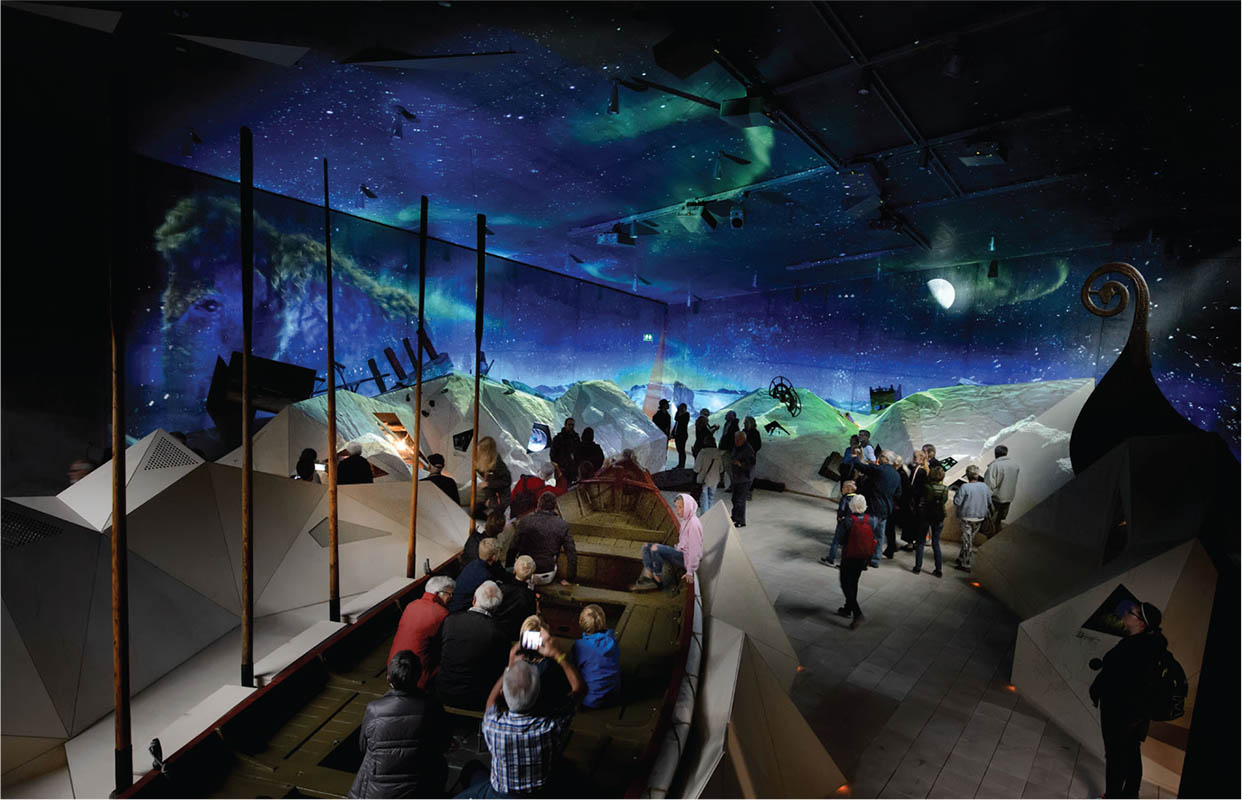 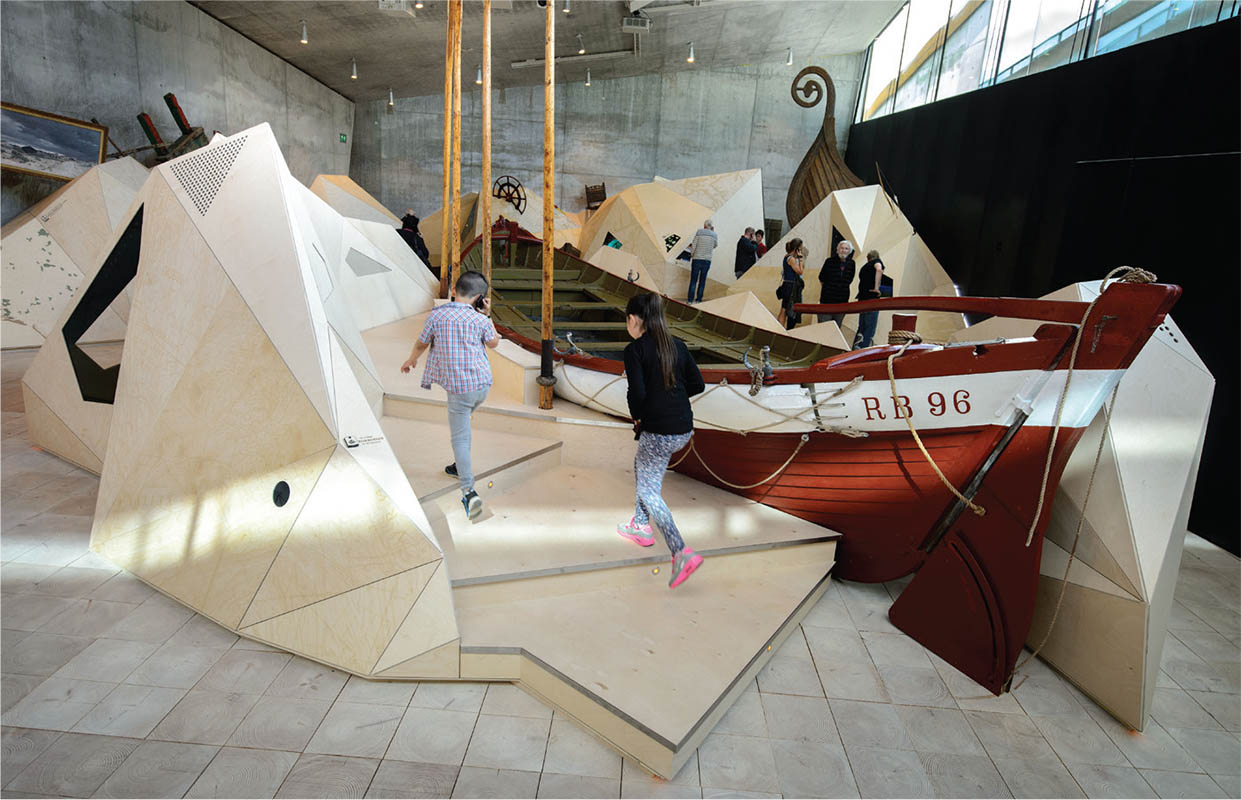 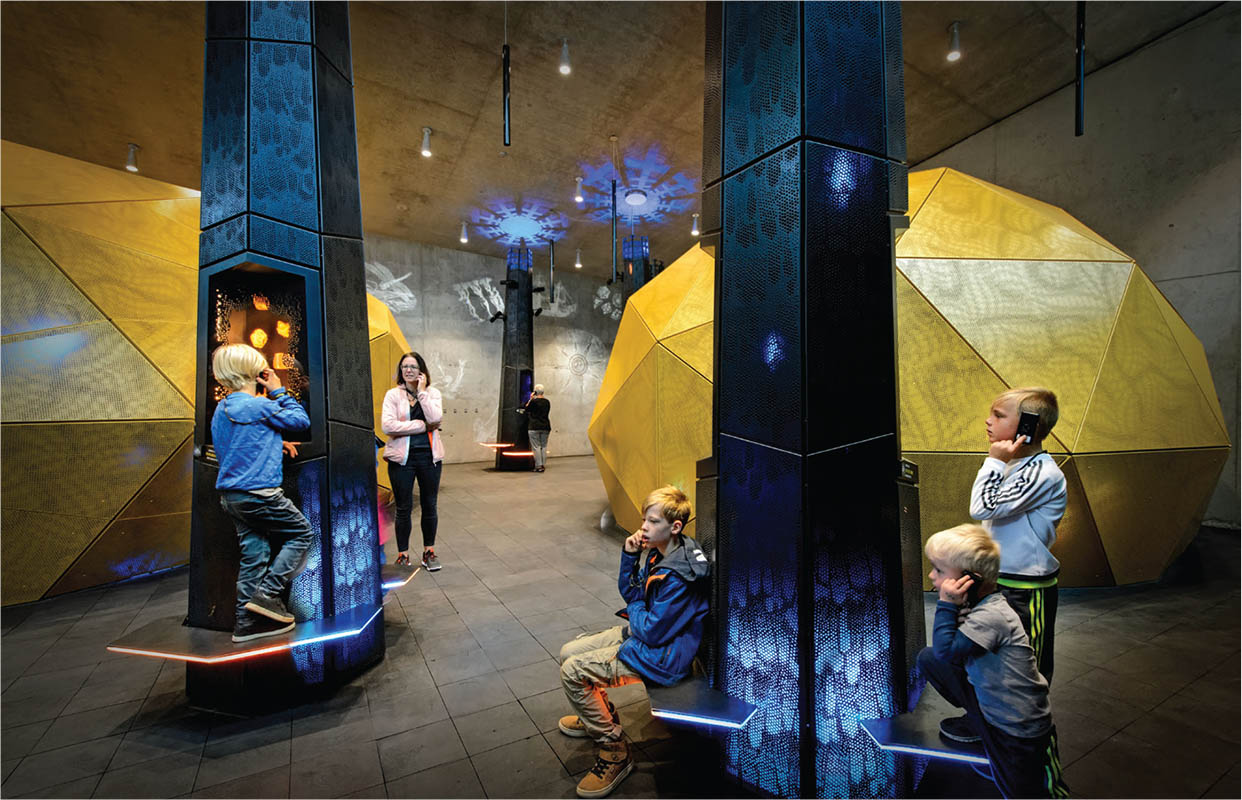 A story of the last 20,000 years in West Jutland, told through 12 surprising, dramatic, interesting and moving stories. Every half hour, the room is plunged into darkness and a 360-degree film is projected onto the walls and floors, while light, smoke and smells bring to life the journey through time.

Amber – The Gold of The Sea

A mysterious forest, with nine-metre-tall trees, shows how 40-million-year-old resins are turned into amber. Visitors can see 400 of Denmark’s most extraordinary amber finds and experience what it is like to search for amber at the beach on a cold and windy January day.

An Army of Concrete

In a landscape of bunkers, visitors are told the story of how seven characters, both Danes and Germans, experienced World War II. The characters are all based on real people, portrayed by actors – from a ten-year-old Danish girl who kept a diary during the war, to the young and charming German lieutenant who was kind to the children in the neighbourhood, but whose job was to shoot down British planes.

It was Hitler’s massive bunker project but remained unfinished at the end of the war. Now the southern part of the bunker has become part of the museum. What would it have looked like, had it been finished? Who would have controlled it? How would it have worked? Visitors enter through an underground tunnel to discover the answers.