When they came up with the idea for the museum, Tirpitz gave the architects what they themselves described as an impossible task. Make world-class architecture, but make the building invisible! Not in the wildest dreams could they have imagined how incredible the museum would turn out to be, or how many prizes it would go on to win for its design.

It is almost invisible. You can take a stroll along the coast and practically pass it before you even notice it. From a distance, it looks just like any other white sand dune on the beach, but once you get closer, you will see a magnificent glass building almost hidden in one of the dunes. And when you enter the museum, a new world opens and leaves you stunned.

It is not for nothing that the American television network CNN, back in the beginning of 2017, named Tirpitz in Blåvand as one of the 13 most anticipated buildings to open that year. The museum has literally been built in to the landscape, making it almost invisible from the outside. 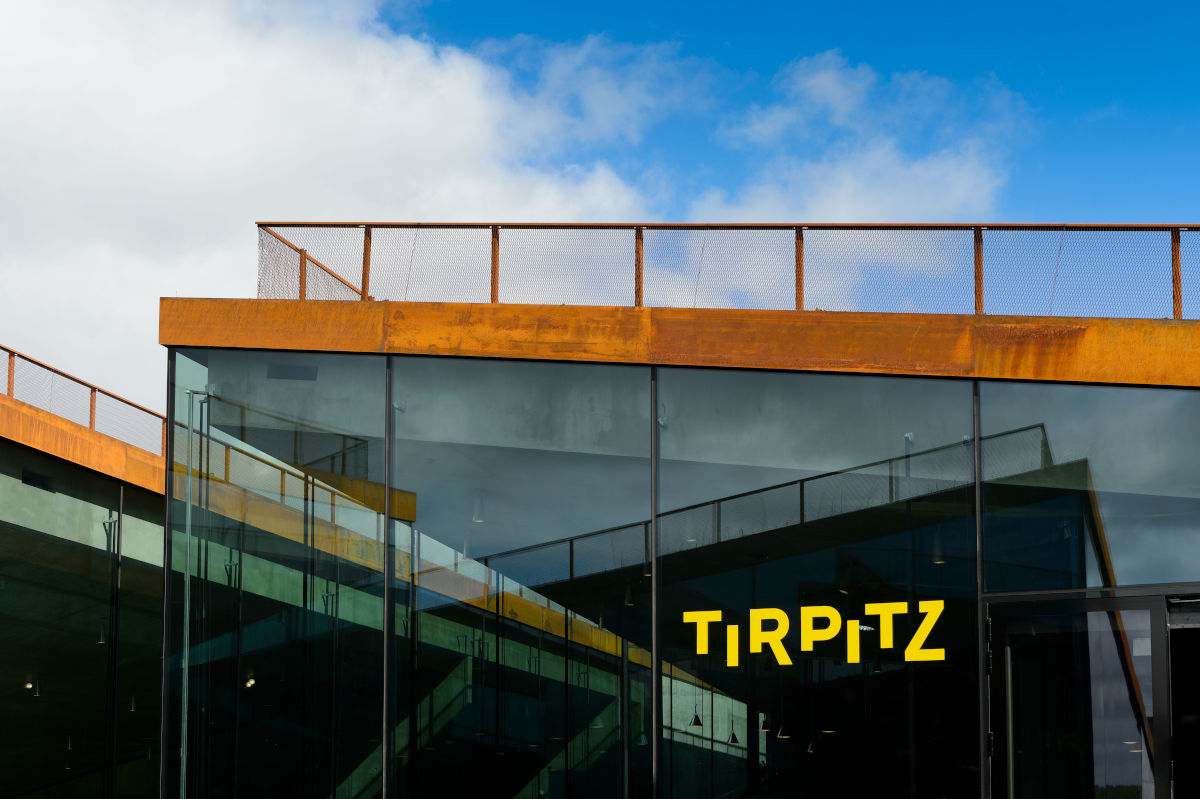 “The idea of the architects was that the museum had to be something in direct contrast to the unfriendly colossal bunker that’s located right next to it. The museum is an anti-bunker, as the architects call it. They have created an open and welcoming democratic space – not an obstacle but an enrichment of the landscape. You can look at the exhibitions from the outside, because we want to make the invisible visible and metaphorically show our guests that there are so many good stories to tell right below the sand,” says Claus Kjeld Jensen, museum director at Varde Museerne, which Tirpitz is a part of.

The museum is designed by the well-known architects Bjarke Ingels Group (BIG) and has been a tremendous success since opening last year. More than 400,000 people have visited the museum that has won several prices for its architectural design.

“What makes the design even more interesting is the contrast within the building itself. From the outside it’s invisible, but once you enter the museum, you enter different rooms that are raw and humble yet beautiful and impressive, just like the landscape outside. You can sense the eye for the detail and the playful way the architects have approached the task,” says Jensen. 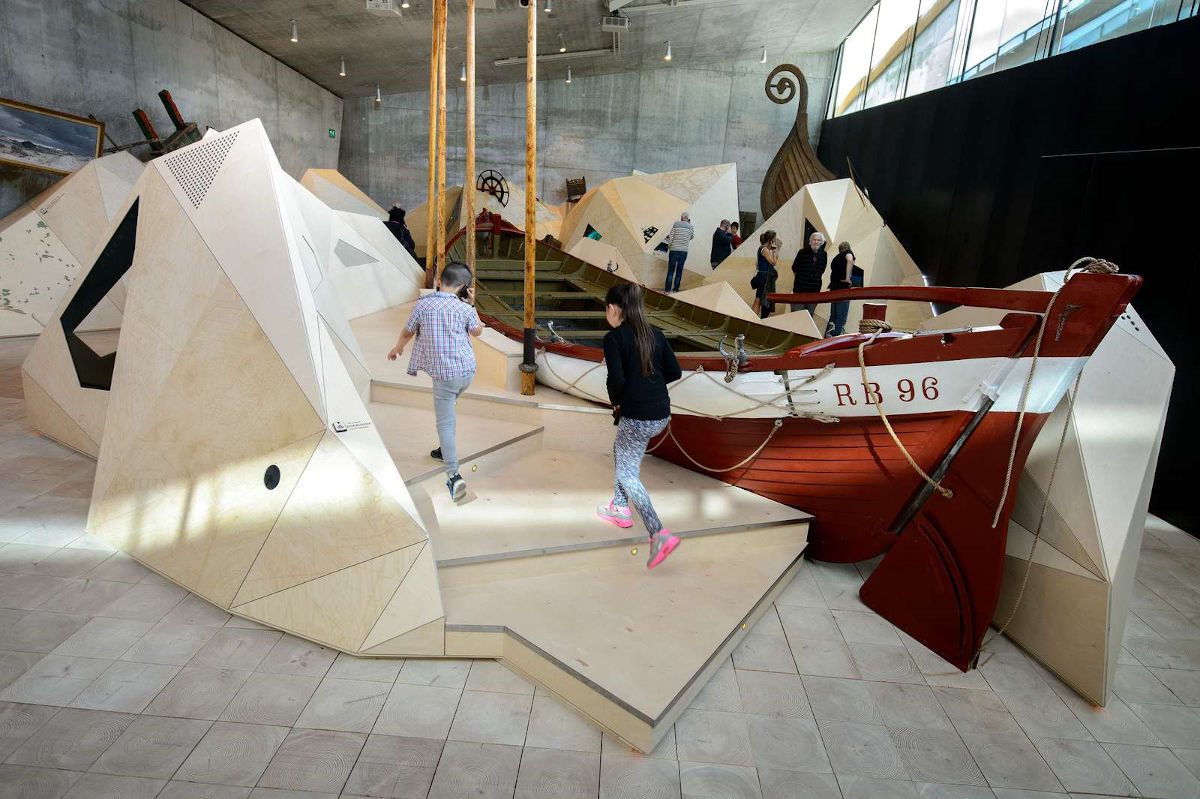 The museum has, in its first year, welcomed people from all over Denmark, but also many guests from Sweden, Norway, Germany, Holland, the UK and France have paid Tirpitz a visit. According to Jensen, the guests especially appreciate the feeling of involvement that the museum offers. You feel like entering a stage and being part of the history. No text is written on the walls, but instead, every guest gets handed an audio guide, which can be used in Danish, English or German.

In the exhibition The Hidden West Coast, a 4D movie is projected onto the surrounding walls and floor, while different scents and an artificial wind give the impression of being by the coast. The exhibition Amber – Gold of The Sea, is built as a mysterious forest with nine-metre-high trees. It shows how 40-million-year-old resins turned into amber and visitors get to see 400 of the most extraordinary findings of amber in Denmark

“Tinker Imagineers, who are our exhibition designers, have managed to build very different exhibitions in what are actually very similar rooms. They have made each room and each exhibition its own little world, and they have made a virtue out of creating a design that supports the stories we as a museum wish to tell,” says Jensen, and elaborates: “The friendly and playful design is a contrast to the unfriendly war machine that the bunker next to us is. And for two reasons: first of all we want to be the most playful museum in Denmark, and secondly, we want to figuratively give our visitors a new set of eyes to see the landscape through. They may come for the beautiful beaches but we want to show them the thousands of great stories that are hidden just beneath the sand. So from an architectural point of view, the idea was to acknowledge the bunker by creating an anti-bunker and I really think the architects have succeeded in doing just that.” 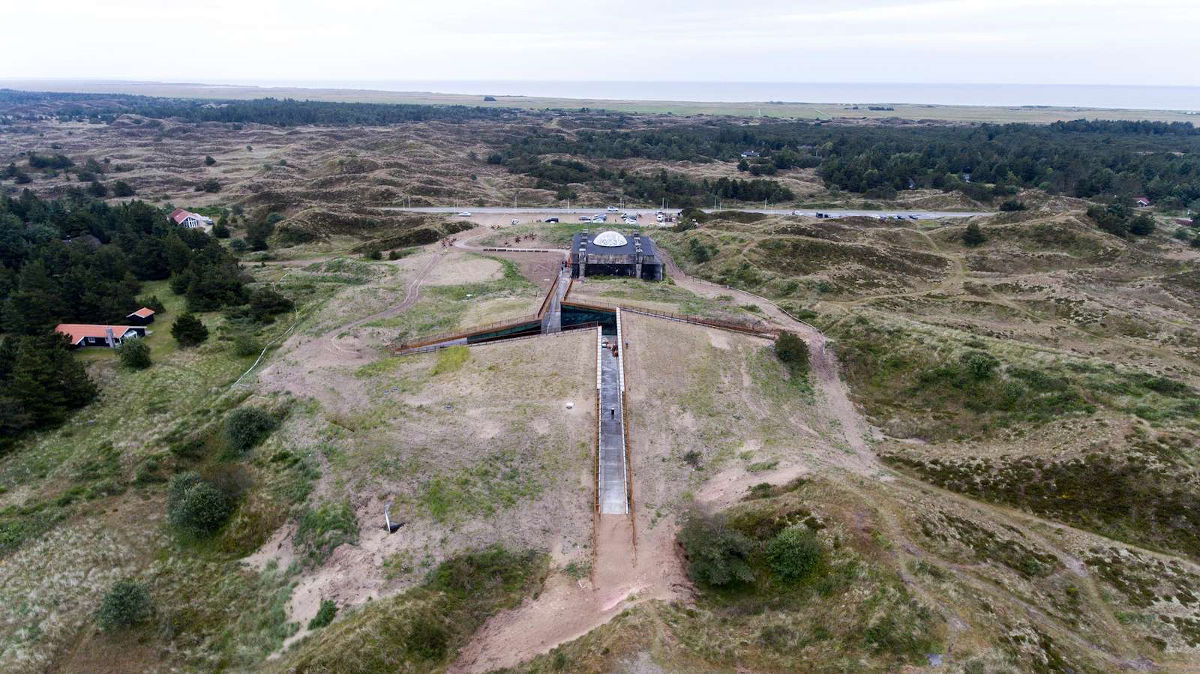 A story of the last 20,000 years in West Jutland, told through 12 surprising, dramatic, interesting and moving stories. Every half hour, the room is plunged into darkness and a 360-degree film is projected onto the walls and floors, while light, smoke and smells bring to life the journey through time.

Amber – The Gold of The Sea

A mysterious forest, with nine-metre-high trees, shows how 40-million-year-old resins are turned into amber. Visitors can see 400 of Denmark’s most extraordinary amber finds and experience what it is like to search for amber at the beach on a cold and windy January day.

An Army of Concrete

In a landscape of bunkers, visitors are told the story of how seven characters, both Danes and Germans, experienced World War II. The characters are all based on real people, portrayed by actors – from a ten-year-old Danish girl who kept a diary during the war, to the young and charming German lieutenant who was kind to the children in the neighbourhood, but whose job was to shoot down British planes.

It was Hitler’s massive bunker project, but remained unfinished at the end of the war. Now the southern part of the bunker has become part of the museum. What would it have looked like, had it been finished? Who would have controlled it? How would it have worked? Visitors enter through an underground tunnel to discover the answers. 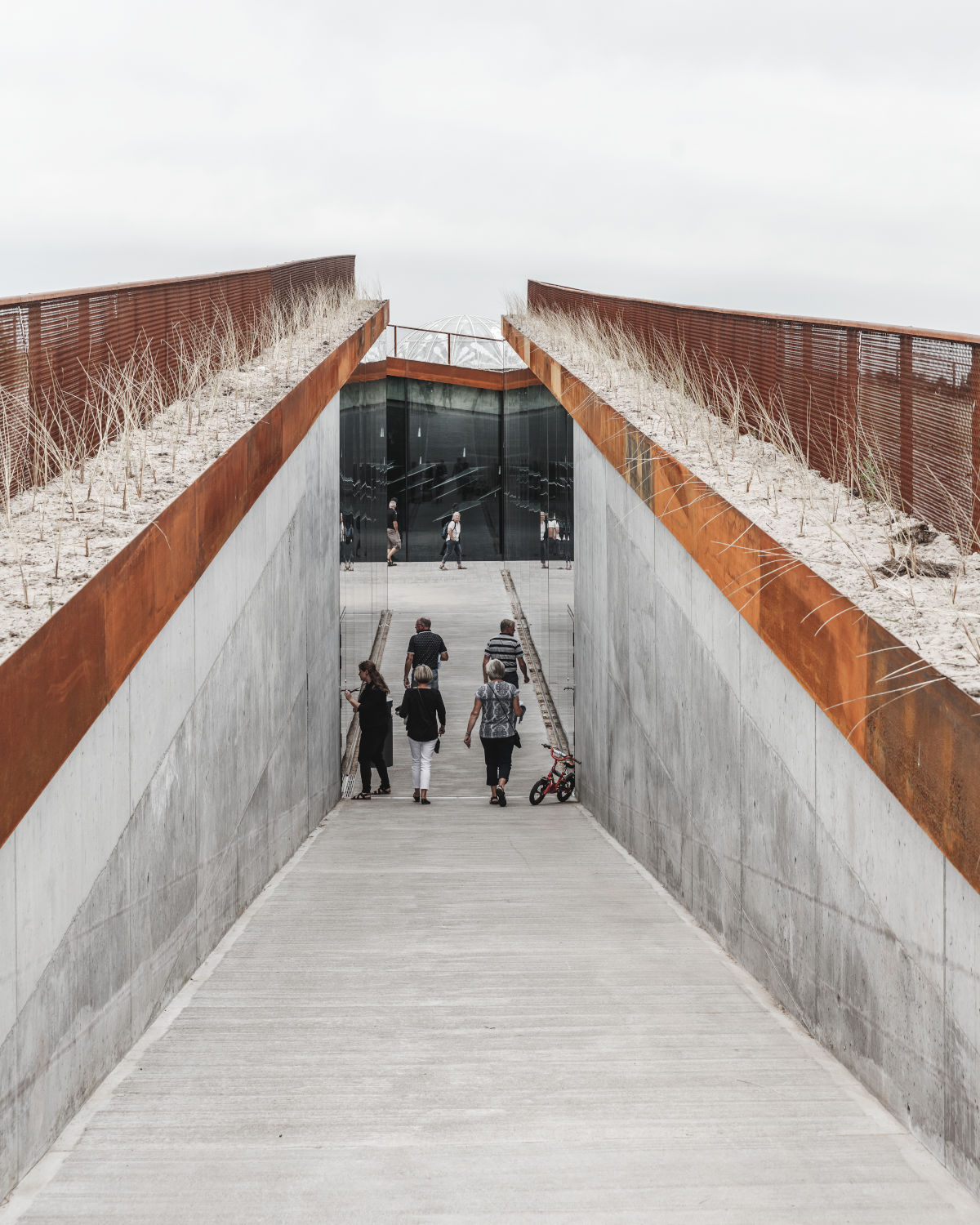 tirpitz.dk Read the feature on issuu