On 11 June, Norway’s new National Museum – the largest art museum in the Nordic region, housing a staggering collection of more than 6,500 classic and contemporary works – will open in the heart of Oslo. Last year, the National Museum curated the Nordic Pavilion at the Venice Biennale of Architecture and continues to spearhead the dissemination of the region’s most daring voices in art. The museum is a timely addition, as Scandinavia’s contemporary art landscape is a hotbed of experimental breakout names and established cult figures. In celebration of Oslo’s new gallery space, we’ve rounded up the top contemporary Scandinavian artists shaping the scene.

Danish-Icelandic artist Olafur Eliasson is a giant of the Nordic arts scene. Since 1997, his wide-ranging, usually large-scale, works – of installation, painting, sculpture, photography and film – have astounded international audiences in major museums around the world. In 2003, he represented Denmark at the 50th Venice Biennale and, the same year, exhibited The Weather Project, an enormous, mist-swaddled artificial sun, in the Turbine Hall of Tate Modern, London, drawing some two million visitors. In 2011, Eliasson and his studio team transformed the rooftop of ARoS Aarhus Art Museum, Denmark with Your Rainbow Panorama (pictured) – a high-altitude 360-degree viewing walkway encased in rainbow glass, offering a stunning vista over the city. Eliasson lives and works in Copenhagen and Berlin.

When Icelandic-born artist Hrafnhildur Arnardóttir moved her practice to America, New-Yorkers had some difficulty pronouncing her name, sounding it out as ‘Shoplifter’ – so she adopted the moniker. Her exuberant, maximalist installations use synthetic hair to create multisensory environments that feel like hallucinatory trips. At the 2019 Venice Biennale, she exhibited the hairy wonderland, Chromo Sapiens (pictured), later adapted into Hypernature for Aarhus Art Museum. Shoplifter’s experimental works are a platform for play and conversation about art, while commenting on the world’s over-consumption of artificial materials and the modern search for refuge in sensory overstimulation.

The subjects of Israeli-born Danish painter Tal R’s vibrant expressionist works range from twisted human and animal figures to floral displays and dingy, neon-laced building facades. Drawing inspiration from mythology and photography, he nods to major art movements of the 20th century like Symbolism, Art Nouveau and Fauvism, to present a colourful, fever-dream world of geometric still life, landscape and portraiture. In 2021, Tal R exhibited his evocative Home Alone show (pictured) at Ordrupgaard Art Museum in Charlottenlund, Denmark. Intertwining the figurative and the ornamental, his monumental Home Alone paintings and drawings are a portal to a world of imagination and pleasure. Tal R has exhibited in New York, Stockholm, Berlin, London and Paris. 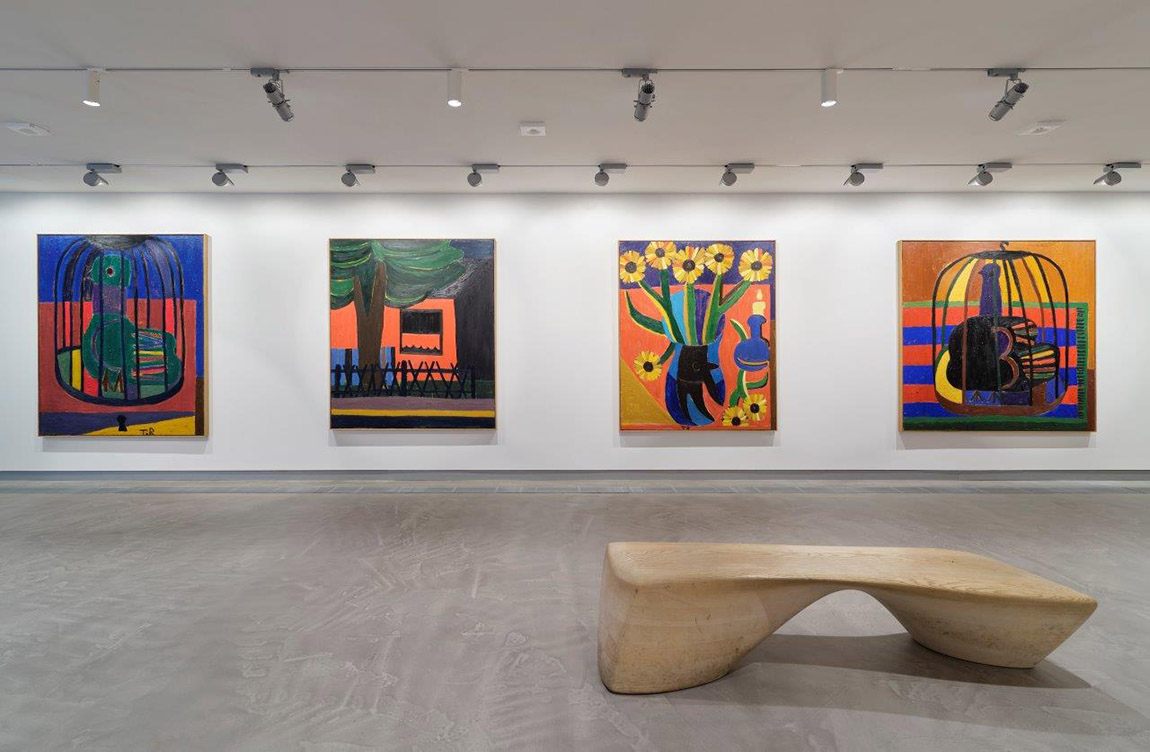 The Norwegian artist Tori Wrånes works in Oslo, freely drawing on Nordic myths, folklore and contemporary social struggles to create surreal performances with dreamlike narrative arcs, involving sound, prosthetics, kinetic sculpture, architecture, and… trolls (pictured). In Wrånes’ fantasy world, sculptures evoke the body while sidestepping actual representation, while her slew of other mediums – video, performance, painting, and architecture – allow her to explore a vast scope of interests and ideas. The recurring troll trope represents the unconscious id and the core truth of human existence and, as part of her experimental and ritualistic practice, Wrånes has even developed a troll language for conveying primal emotion. Her oeuvre is a disturbing yet familiar ride, steeped in ancient stories, that speaks to human experience, past and present.

Unpicking self-identity, sexualised bodies and empowerment, Stockholm-born Arvida Byström’s photography explores ideas of representation in the digital era. She describes herself as “a digital native, with an intrinsic relationship to pink”, and though Byström’s cotton-candy artwork may appear sugary, her silver tongue for sarcasm, subversion and barbed metaphor takes no prisoners. In 2017, her book Pics or It Didn’t Happen: Images Banned From Instagram was, ironically, banned from Instagram. Her exhibitions – which depict an aesthetic universe of “disobedient bodies, selfie sticks and fruits in lingerie” – have shown all over the world and include photo, video, digital performance and installation. Her current show Cherry Picking at Arken in Denmark (pictured) is part of the wider Women and Change exhibition, running until August 14, 2022.

Exploring the tensions between submission and authority, Danish artist Esben Weile Kjær examines the codes of youth- and sub-culture, social rules and freedom. A recent graduate from The Royal Danish Academy of Fine Arts, Kjær is already a cult name with a slew of arresting performance exhibitions under his belt. Following his explosive shows Burn! and Sun! in Denmark and Sweden, which made use of light and incendiary devices, confetti cannons and neon, Kjær found international success in 2020 with Hardcore Freedom (pictured). Comprised of a hybrid space between nightclub, stage, art institution and fashion store, the Hardcore Freedom show is continually punctuated by dance performances ranging from ballet to pole. During, structural elements of the exhibit are moved, changed, or demolished, creating a different environment for each successive viewing. 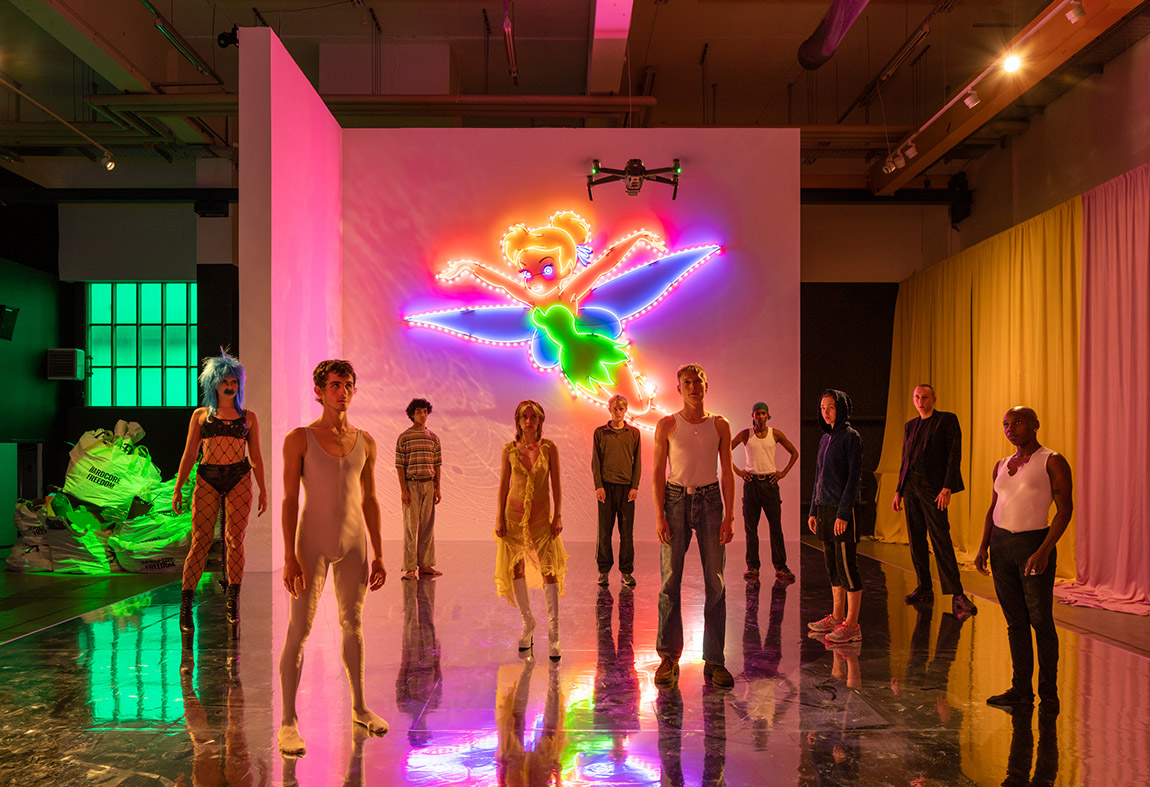 The acclaimed Swedish painter Karin ‘Mamma’ Andersson depicts Nordic interiors and landscapes, imbuing the classical genres with her distinctive sense of mood, materiality and perspective. Ranked amongst the most important painters of her generation, Andersson has collected some of the art world’s most prestigious awards, including the Carnegie Art Award and the Daniel and Florence Guerlain Drawing Prize. Probing the romance of the everyday, her figurative tableaux interpret the raw existence of people and spaces in evocative palettes of muted terracotta, black, greens and blues. Exhibiting the world over, Andersson’s work has an irrefutable grasp of the ‘here and now’ and has been likened to that of David Hockney and Peter Doig. A spectacular 2021 showing at Denmark’s Louisiana Museum (pictured) including ten works painted especially for the exhibition, was her first large-scale show in the Nordics for several years.

Danish Michael Elmgreen and Norwegian Ingar Dragset work together as an artist-duo in Berlin, creating mind-bending architectural and sculptural installations that lock horns with cultural norms. Their ongoing series Powerless Structures subverts the ‘four white walls’ convention of galleries, creating art spaces that are hung from the ceiling, flipped upside down, or sunk into the earth. For the 2001 Istanbul Biennale, Elmgreen and Dragset built a full-scale model of a gallery, descending into the ground amongst ancient ruins. Following a stint at Copenhagen Contemporary with Short Story (pictured), their latest Berlin exhibition Cash on the Wall addresses the subject of money in art. Meanwhile, their grand opus Useless Bodies? in Milan pitches a series of abandoned pools, offices, leisure centres and galleries, spanning more than 3,000 square metres to question the seemingly superfluous status of the physical body in the post-industrial age. 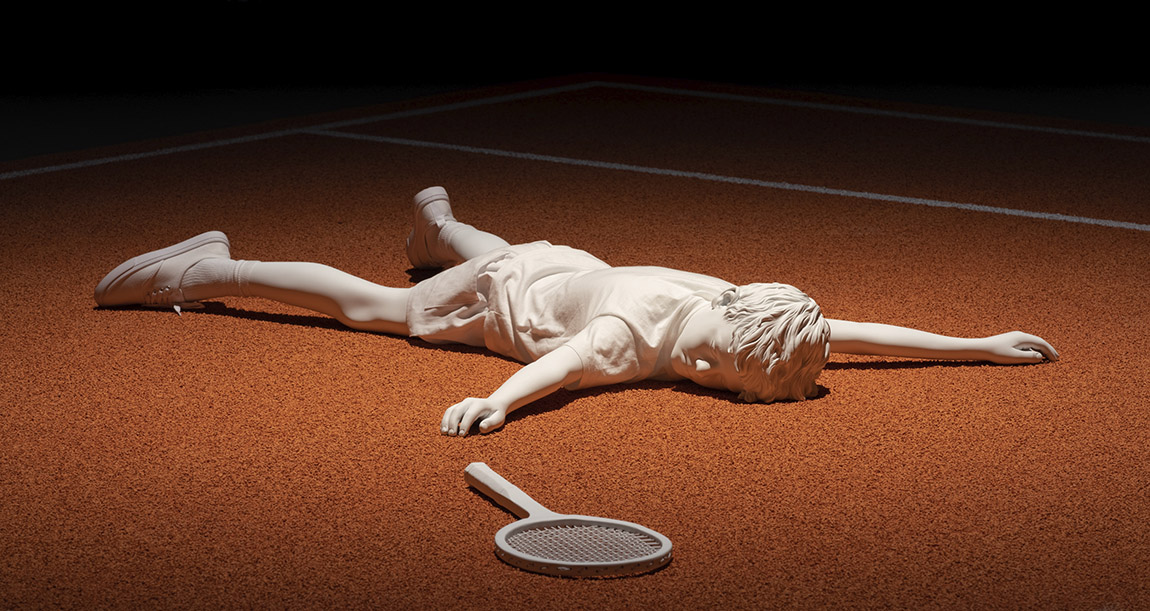 Helsinki-based Eija-Liisa Ahtila is a Finnish visual artist, best-known for her vanguard works of multi-panel cinematic film installation that investigate the anxiety of feeling out of place in an alien environment. After winning the inaugural Vincent Award in 2000, she went on to exhibit The Wind – an immersive 14-minute film depicting simultaneous perspectives of an angry young woman’s breakdown in her apartment – at the New York Museum of Modern Art. Other touchstones of her work include sexuality and death, as well as broader cultural themes like faith, colonialism and posthumanism. 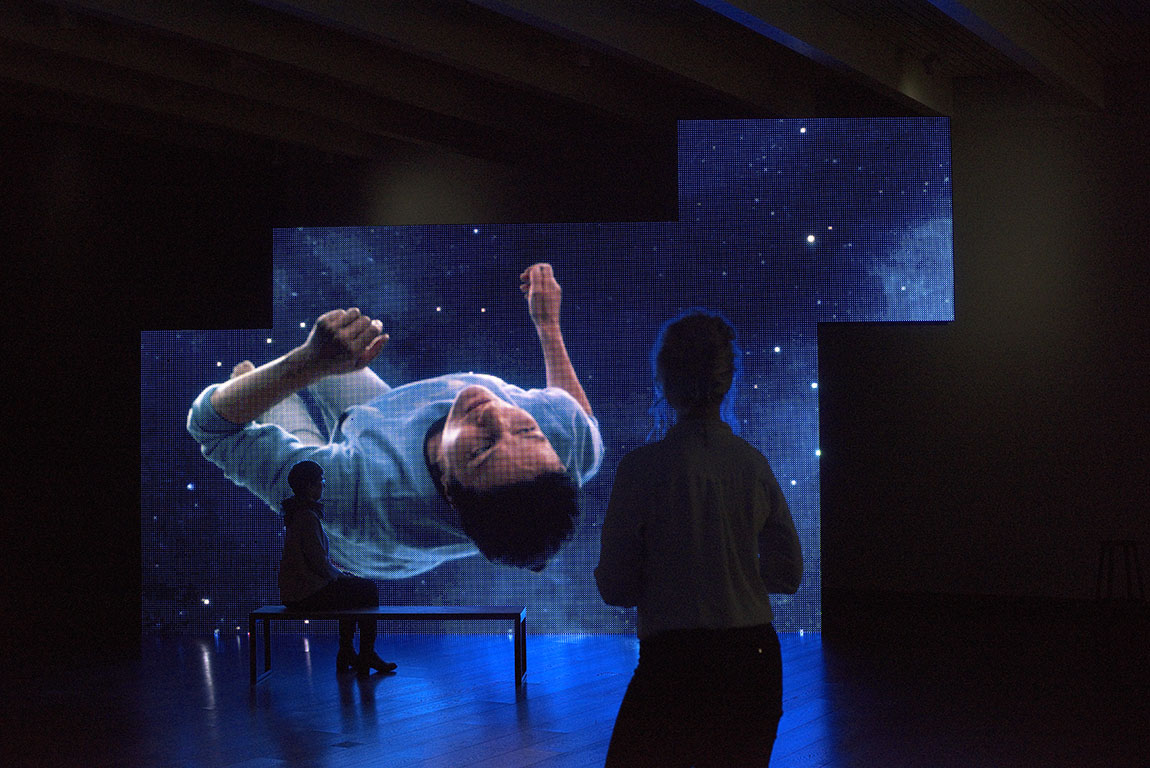 Monica Busch: The artist who thought she couldn’t paint

Vedholmen Gallery: A gallery built by a Dane and an Irishman, in Norway