For sommelier Hanna Chammas, the opportunity to open a restaurant and in-house microbrewery in the Swedish capital was too good to resist. Now beer nerds and newbies alike are flocking to Waza to explore the delicious, creative possibilities of pairing beer and food.

“‘Waza’ is Japanese for ‘art’ or ‘technique’, and also a Swahili word meaning ‘to meditate’, so it feels like a good name for what we’re trying to do,” says Chammas, who opened his new venture in May last year. With a large selection of beers, many of which are brewed on-site, the restaurant is built on a philosophy of encouraging a more thoughtful appreciation of how the flavours of beer and food can be successfully combined.

To do this, Chammas and his team aim for a holistic approach, where both food and drink are seen as equally important. “For example, we have a reindeer carpaccio, with Västerbottensost cheese timbale and juniper vinaigrette,” Chammas explains. “We found a nice beer with the right blend of sweetness and bitterness to go with the wild meat, but it also had a dominant apple tone, and so we added apple to the dish too. And that made it perfect. So it’s not about just finding a drink that goes well; it’s about using the beer and the food together.”

While Waza boasts an extensive selection of beers from Belgium and North America in particular, it is the restaurant’s on-site brewery that is its defining feature, and it has six of its own beers on draft at any one time. The restaurant’s ‘Stockholm tap’ also showcases beers from other local microbreweries, and every Wednesday, Waza’s brew master and assistant can be found in the bar, chatting to guests and answering questions about the beer and brewing process. “More and more people are curious,” Chammas reflects. “They know what they’re drinking, they’re better informed, and they want to learn more, so this is something that they appreciate.”

And for those who don’t like beer? “We have an extensive wine list, so if a guest doesn’t want to drink beer, it’s no problem,” Chammas promises. “But it’s also fun to challenge and surprise people sometimes, and open their eyes to something new. For me, that’s what we’re all about.” 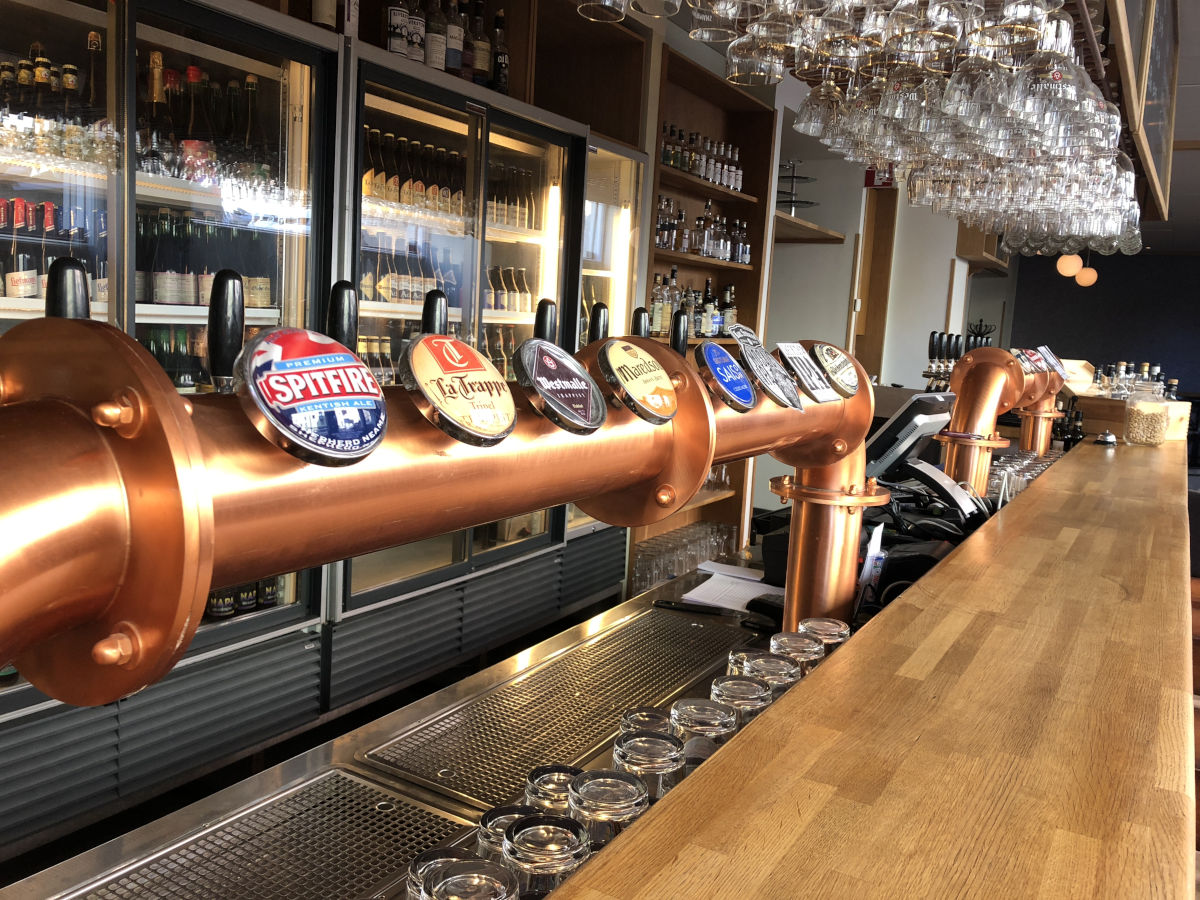 www.wazarestaurang.se Read the feature on issuu