“This film is not only hugely close to my heart, in terms of the story and the character, but working on it has been a pivotal event. It changed my life.”

Anita Briem is talking about her new film, Quake, which is based on the best-selling novel Grand Mal by Auður Jónsdóttir. Quake was the film that brought her back to her native Iceland after 14 years of living and working in LA – something, she says, she never thought would happen. “I was born and raised here in Iceland, but by the time I was 14 or 15… it was starting to feel incredibly claustrophobic. Just like with any small-town community, I felt uncomfortable at how everybody knew everyone else’s business.”

Briem’s career began treading the boards with the National Theatre of Iceland. “I was convinced,” she laughs, “that I was a grown-up at nine, when I got my first acting job. I told my parents, ‘I’m a working woman now, so you can’t drive me to school’. I insisted on taking a bus and my mum let me, but still secretly drove behind the bus to make sure I was okay!”

At 16, Briem moved to London to study and then went onto the Royal Academy of Dramatic Art (RADA). “It was a huge moment of growth. When I came to London, all of a sudden I was a blank canvas. I didn’t have anyone’s opinion on what I could and couldn’t do hanging over me. That was incredibly liberating and I was able to explore lots of aspects of myself that I’d been convinced I wasn’t very good at. To be honest, I imagined I would stay in London forever, but then work took me to America and I started a whole new chapter.”

2006 saw her starring in the American police procedural The Evidence, followed by playing Jane Seymour in Showtime’s smash hit series The Tudors. Then, in 2008, she had her first taste of the action blockbuster, starring opposite Brendan Fraser in Journey to the Centre of the Earth.

“It’s funny, because in Iceland I was terrible in gym class,” Briem says. “I would just get six out of ten every time for anything to do with movement. But at RADA, I started training and I thought it was an amazing thing to have these new tools to tell a story in a physical capacity.”

She loved it so much that she won the John Barton Award for Stage Fighting. “That confidence in my physicality definitely helped with a film like Journey because, even though I’m five foot four and very petite, from the training I had had, I felt strong. I felt capable. And playing next to Brendan Frazer, who is really, really tall, that was a good attribute for my character, Hannah, to have. She didn’t know her own size and was big in spirit.”

Briem returned to her native shores in 2019 to shoot a series called The Minister. “I was here for six months with my daughter and creatively, socially — being close to my family, which I hadn’t been in a really long time — it just changed everything. It hit me like a thunderbolt: I need to be here. But I hadn’t quite figured things out, because I’m married to a Greek-American and we were building a house in LA, so moving wasn’t exactly on the books!”

Briem had met Tinna Hrafnsdóttir while working on The Minister, and Hrafnsdóttir asked her to audition for a feature she was directing called Quake. Quake tells the story of Saga (Briem), a single mother who is hit by a fierce epileptic ‘brain quake’ that results in significant memory loss. Afraid of losing her son, Saga attempts to hide her condition. But with her new world-view come new beginnings, and a revelation from the past that may help heal old wounds.

It’s a film that has a lot to say, especially at a time when women’s rights are under attack. At the start of the film, Saga has zero agency. Her independence has been taken from her by her parents, by her ex, and by the authorities. But slowly, she blossoms. “What’s so interesting is that the event that takes her memory also gives her the ability to see the world with new eyes, and all the things that she would have accepted before don’t make any sense to her now,” reflects Briem. “So she’s challenging authority and her family – everything, really – because all of those rules and preconceptions have been stripped away.”

She continues: “I loved the screenplay, I loved the book, and the idea of doing this film harmonised with my other experiences towards this big epiphany I was having. And it’s so different from anything I’ve done before. Different textually, with this raw character. You see the story almost as though you’re inside her head… But you’re never spoon-fed. There’s a lot of nuance and subtlety, so that the audience can really put themselves in Saga’s shoes.”

Saga’s ‘new eyes’ turned out to be a gift for Briem too. After filming Quake, the plan was to head back to LA, but then Covid arrived in Iceland. “No one knew what was going on, but my daughter was still in school here and I felt that I could trust the news, and not have to decipher what’s a lie and what’s a trick. So it was actually a real silver-lining. I’d been dreading going back because I really wanted to stay, and now I couldn’t go back. So I stayed and then went straight into another film in the summer. And by then I was definitely not going back! In fact, I haven’t been back at all.”

Briem is speaking from her home in Iceland, unwinding with a glass of wine after what she calls an “interesting day” on set. Which, from what she says, is exactly how she likes it. 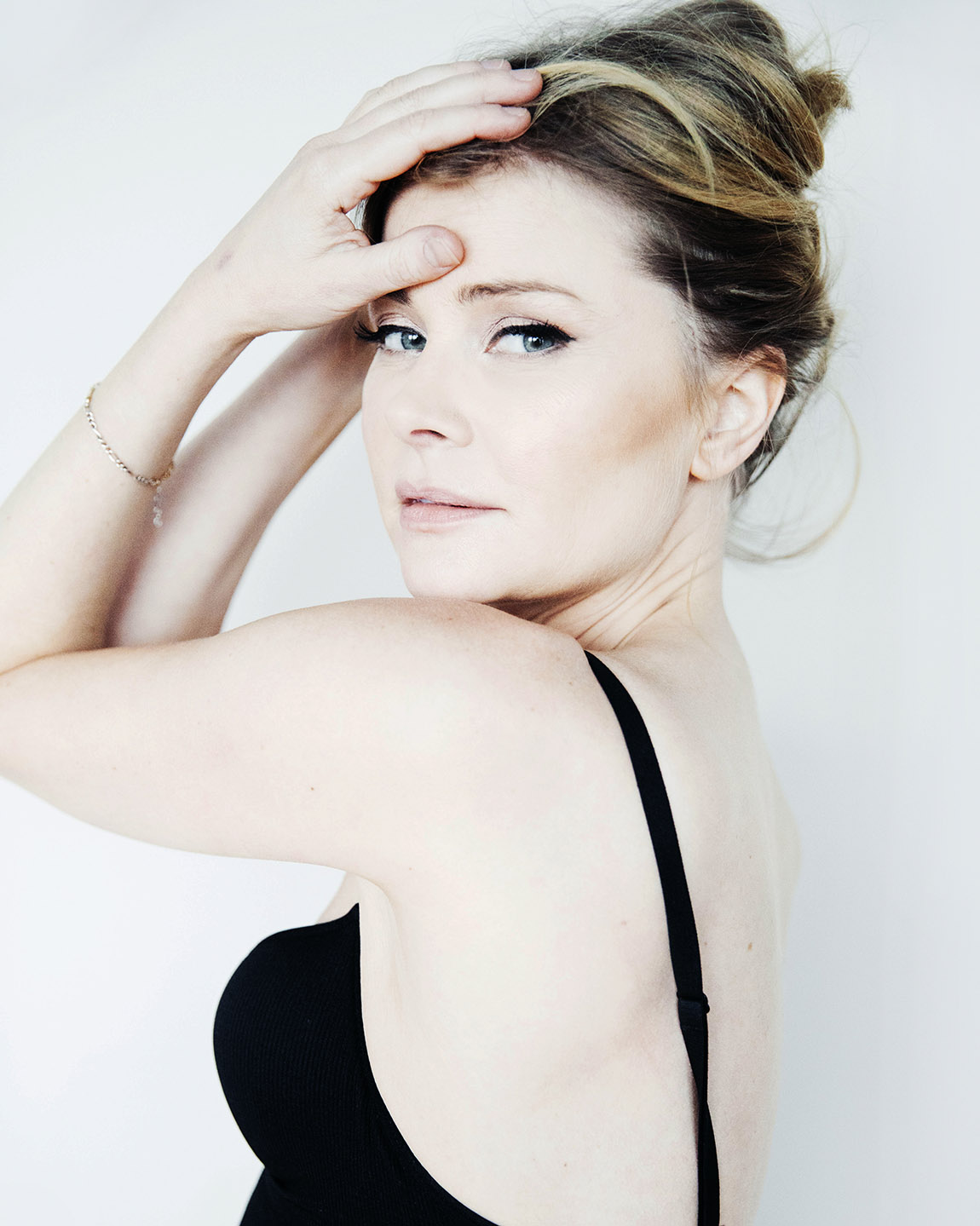