AURORA: ‘Music is the one language we can all understand’

To a lot of people in England, the name and voice of Aurora might feel like the sound of Christmas. Two years ago, the young Norwegian artist provided the music for the iconic John Lewis Christmas advert, with a cover version of Oasis’ Half the World Away. Scan Magazine caught up with the singer about her new album, music as communication, and becoming an artist.

Aurora Aksnes has been an established artist for years, learning the piano at six, and writing her earliest English-language music at the tender age of nine. “I was very determined on writing in English,” Aurora explains over the phone from a car heading to yet another town in yet another country. “It’s a language for the world, so I waited until I knew enough words and my English was good enough before I started adding words to my songs.”

But Aurora never dreamed of becoming an artist. She had no idea that music could be a real job, something she could do for a living. She wanted to be a scientist and an astronaut. “Though that was only after I realised that I couldn’t be a Jedi,” Aurora laughs. She held onto the dream of science and astronomy until she was 16, when her management discovered her.

At a tenth-grade assembly, Aurora was one of the students performing. “I had so many things to say,” she says. “All these big words and dreams about our future and the changes we were going to make to save the world. It was a long song, and nobody really liked it!” But a video of her performance found its way to Per Mygland from Made Management, who saw great talent in the young girl. “He asked me if I wanted to be an artist, and I said no,” Aurora laughs. “I didn’t have the need to be on a stage, or to show my music to anyone. But I realised that writing music is my calling in life. That’s when I feel content and happy with my own existence. That’s what I was born to do. So far, I am happy with my choice of becoming an artist.”

Her debut album, All My Demons Greeting Me as a Friend, was released in 2016 and became a huge success in her native Norway – an album full of self-reflection, of grand soundscapes and of haunting rhythms. It entered the Norwegian charts at number one, made it as high as number 28 in the UK, and also made it into the top 30 in several other countries. Singles such as Running with the Wolves, Runaway, and Conqueror led the way, showing an artist with a unique personality, style and vocal skills, who appeared more concerned about fitting in than standing out. Suddenly, the whole country was captivated by the little artist with the ethereal yet powerful voice, who, with equal ease, could perform in a cathedral one day, and alongside Viking-style folk group Wardruna in a rough outdoor setting the next. 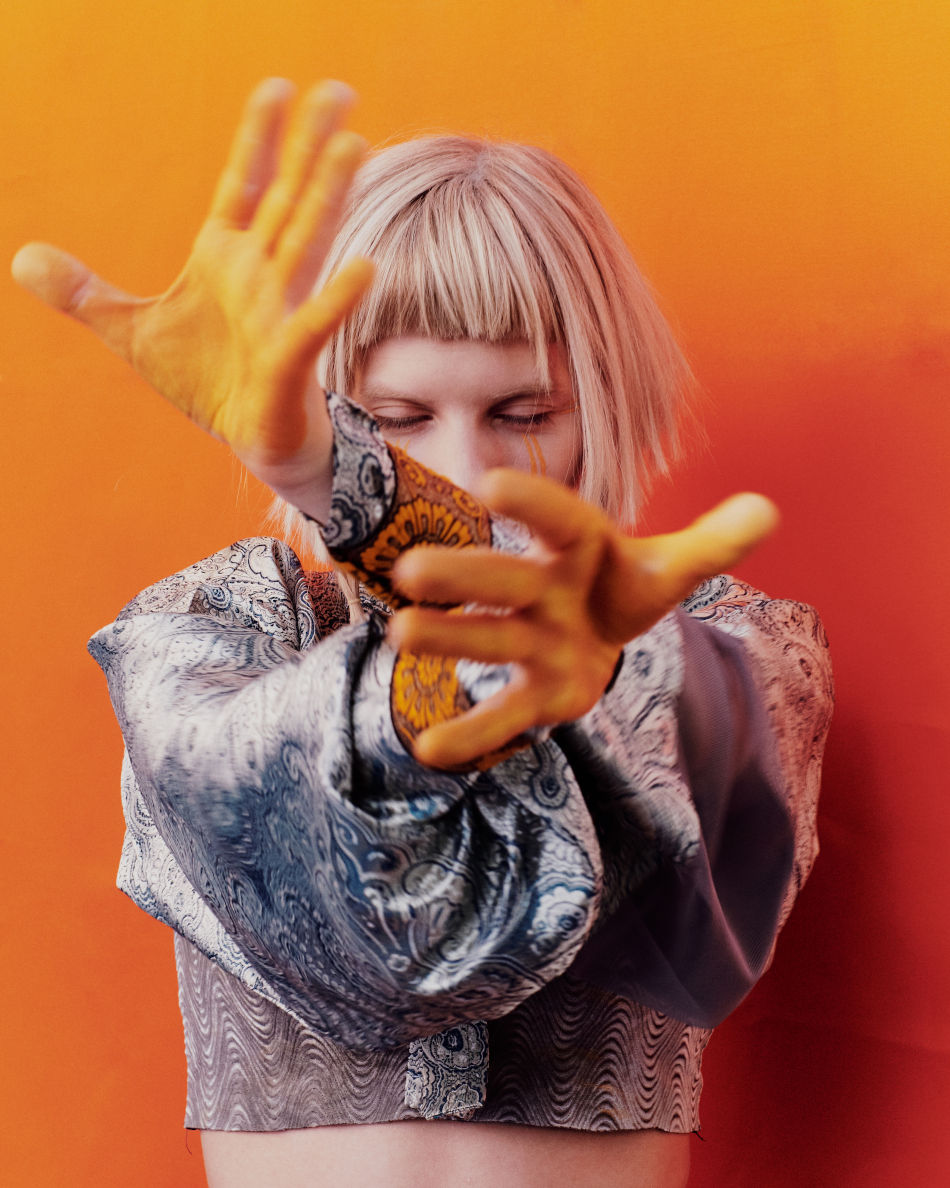 Music as language and therapy across borders

Aurora herself observed the whole thing with wide-eyed surprise. “It was very strange,” she says. “Very nice, of course, but also very strange, that so many hearts can react to something that comes out of one heart. It just shows that music is such an important language. It’s the one thing we manage to have in common. The one thing we can all understand and share.”

Aurora’s music, though catchy and radio-friendly, comes with hidden depths – layers underneath the surface, which connect people to the music and to each other, and which appear to resonate with people on a deeper level. YouTube comments and messages on her Twitter and Facebook page show an endless stream of people whose lives have been changed by her music. And she is very aware of the responsibility that comes with that connection and with touching people’s hearts and lives in the way her music does. “I feel like all these people have found my music for a reason,” she says. “Some people won’t understand me and my world and just pass through, but others connect very strongly to it.”

In September 2018, two years after her debut, her sophomore album, Infections of a Different Kind – Step 1, was released without warning, a complete surprise to almost everyone. The only people who knew that something was coming were her core fans. “I wanted to show them some appreciation, wanted to show them a very personal soundscape,” Aurora explains, “like a secret between them and myself. That way, they got to hear it before the rest of the world caught on.”

The album name suggests that there will be a follow-up to the album in the future, but Aurora is not yet sure when. “The whole album is such a big process,” she explains, “both internally and externally. This was the first step of that process. If you jump and swim deep into the name, Infections of a Different Kind, and you try to figure out what it means, you’ll find out what the first step is. But I want people to figure it out for themselves…”

Initially, the album was meant as one 11-track record. It was not until after the production was done that Aurora decided to split it into two parts. The album had become bigger than planned and felt somewhat overwhelming. Splitting it would give the listener more time to take in each song, rather than it being heavy and time-consuming. “I’m still working on part two,” she says. “It’s very exciting that I can continue working on an album that has already been released! This is only the beginning.” 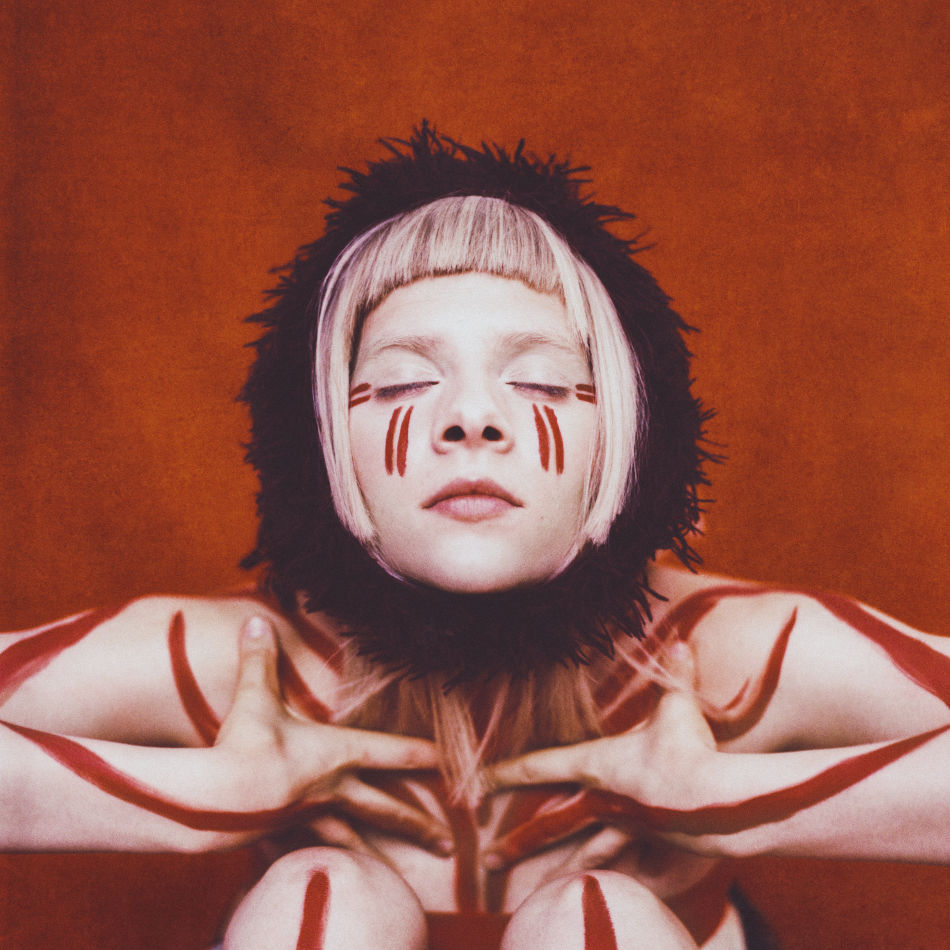 Infections of a Different Kind

Aurora’s new album is as colourful, powerful and extroverted as her debut album was subdued, thoughtful and introverted. “I wanted my first album to cover the difficult sides of being a human being,” she explains. “I wanted people to know that they don’t have to run away from pain, it’s okay to cry.” The album was released just as people started opening up about pain and problems without shame, and was an album that was needed at the time. Her new album, however, is more political, and with songs such as Queendom and the title track Infections of a Different Kind, it has a bigger, more global perspective. Aurora wants it to be empowering, to make people come together, grow stronger and to fight for good. And with her fans having adopted the terms warriors and weirdos, there is an increasingly powerful army behind the Norwegian artist, ready to take on the injustice and pain of this world. 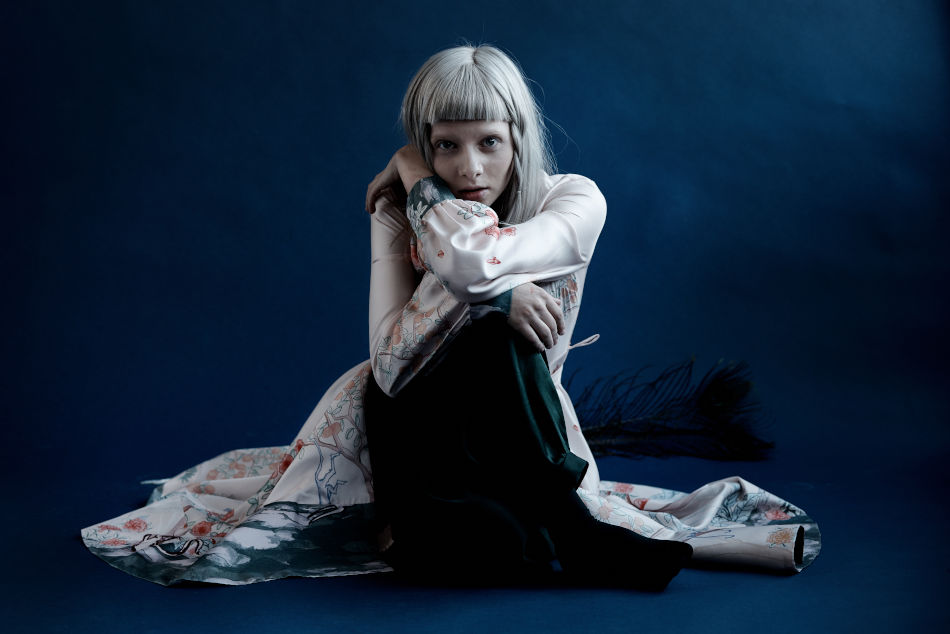