In March, a group of Swedish skiers will retrace the tracks of their grandfathers as they came to Finland’s aid in the Second World War.

In Salla, the only battles taking place today are as first-time skiers’ struggle to get down the slopes of the Finnish resort. But it wasn’t always like this. During the Second World War, these fells were a key battleground.

In August 1939, the Soviet Union signed a secret protocol with Nazi Germany agreeing to carve up Poland and the Baltic states between them, and allowing the Soviets to seize Finland. But while Britain and France responded to the invasion of Poland weeks later by declaring war on Germany, their reaction to Stalin’s invasion of Finland on 30 November was muted.

A handful of Britons, such as Christopher Lee, the actor who played Count Dracula, volunteered for service, doing a brief stint of guard duty in Finland. The biggest response came from the Swedes. As Sweden was officially neutral, they put themselves forward to fight with the Finnish forces. So, exactly 80 years ago, on 12 January 1940, a group of about 10,000 Scandinavian volunteers arrived in Finland to help defend their neighbour. It is to mark their bravery that their grandchildren will soon don cross-country skis to go on a ‘ski march’ from Kemijärvi to Salla, now a ski resort near the Russian border.

The Swedish Volunteer Corps was formed of about 8,500 Swedes, 1,000 Danes and 700 Norwegians, and arrived at Kemijärvi. As Brigadier-General Pentti Airio explains: “Here, the troops were given uniforms and military training, because their military service back home was insufficient, and there were language problems at first.”

Indeed, the recruits must have seemed as bright-eyed, eager and untrained as those who will join the first leg of the ski march on 27 March this year – they will include children from the local school – and will be led by reserve officers, present and retired, such as Airio. “Anyone is welcome,” he says. “Just let us know you are coming and we will sort you out with skis.”

For the event, which is held every five years, many participants will don the white suits that were essential camouflage in the war. On the first day, they will ski the 40 kilometres to Kursu, stopping to lay a wreath and have lunch on the way.

The scenic route at times passes through forest and runs alongside lakes, mostly following an old railway line, which is handy for less experienced skiers, who can get a lift at certain points if they are struggling. But to prepare for the 20 kilometres on the next day, they certainly will not want to miss the sauna slots in the evening, timetabled into the programme with military precision by Airio. 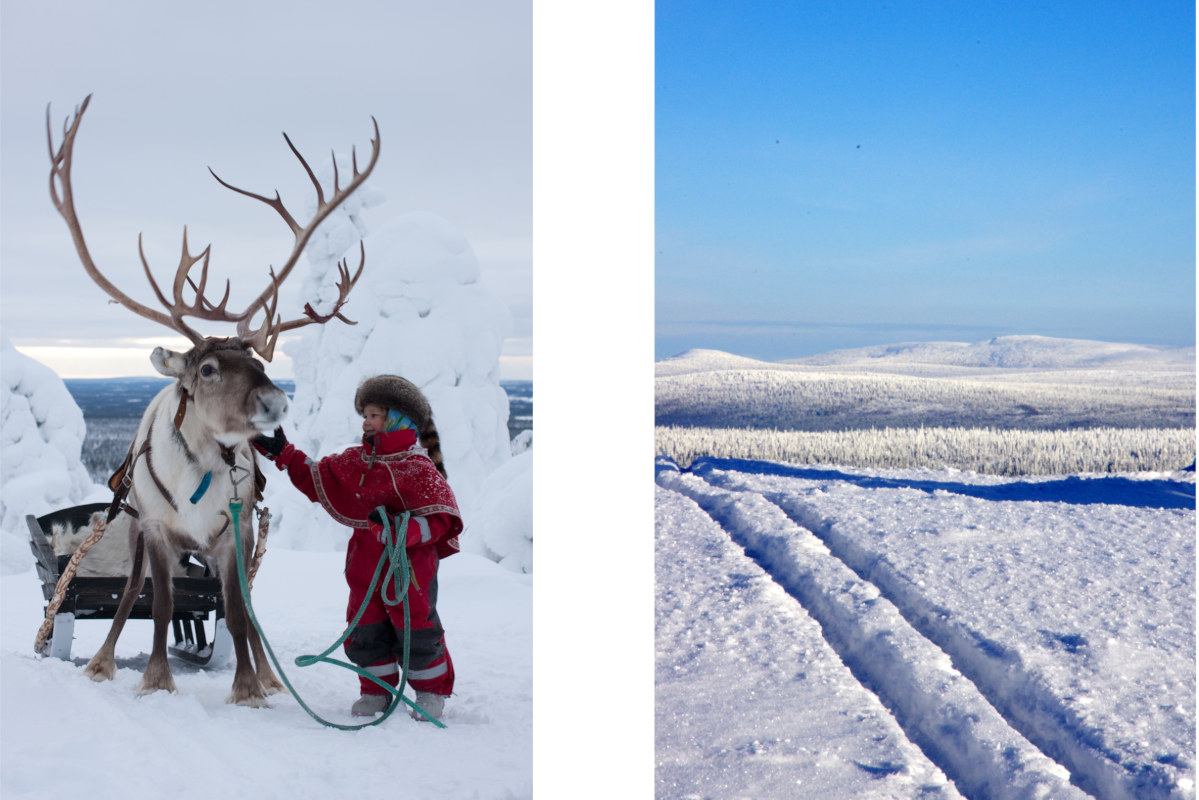 Of course, by the time the Swedish Volunteer Corps were following this route, they were well trained, having learnt the Finnish tactics, which involved making use of the forest for cover and moving fast on skis to surround enemy positions. The corps’ number was small compared to the more than 300,000 Finns mobilised in the war. But since even that number was dwarfed by the vast size of the Red Army, the expression of solidarity was important.

The volunteers arrived at the frontline near Salla on 28 February 1940, and around the ski resort you can still see original defences from the Second World War, where the corps battled the Soviet invaders in freezing conditions. Their presence meant the Finnish forces there were able to head south to defend the city of Viipuri until a ceasefire was announced for 13 March. Against all odds, the Soviet Union had been held back, and Stalin was left counting the cost. The volunteer corps were thanked in person by Field Marshall Mannerheim, the commander in chief of the Finnish defence forces and future president of Finland.

One of the most dramatic moments of recent ski marches is when the skiers are addressed by Mannerheim himself, using the same words. Of course, the Finnish hero is long dead, but a recording was made of his speech. So, after they gather at the memorial in Paikanselkä, today’s volunteers can hear in perfect Swedish – Mannerheim was part of Finland’s Swedish-speaking minority – his words to their grandfathers and great-uncles in thanks for their bravery. 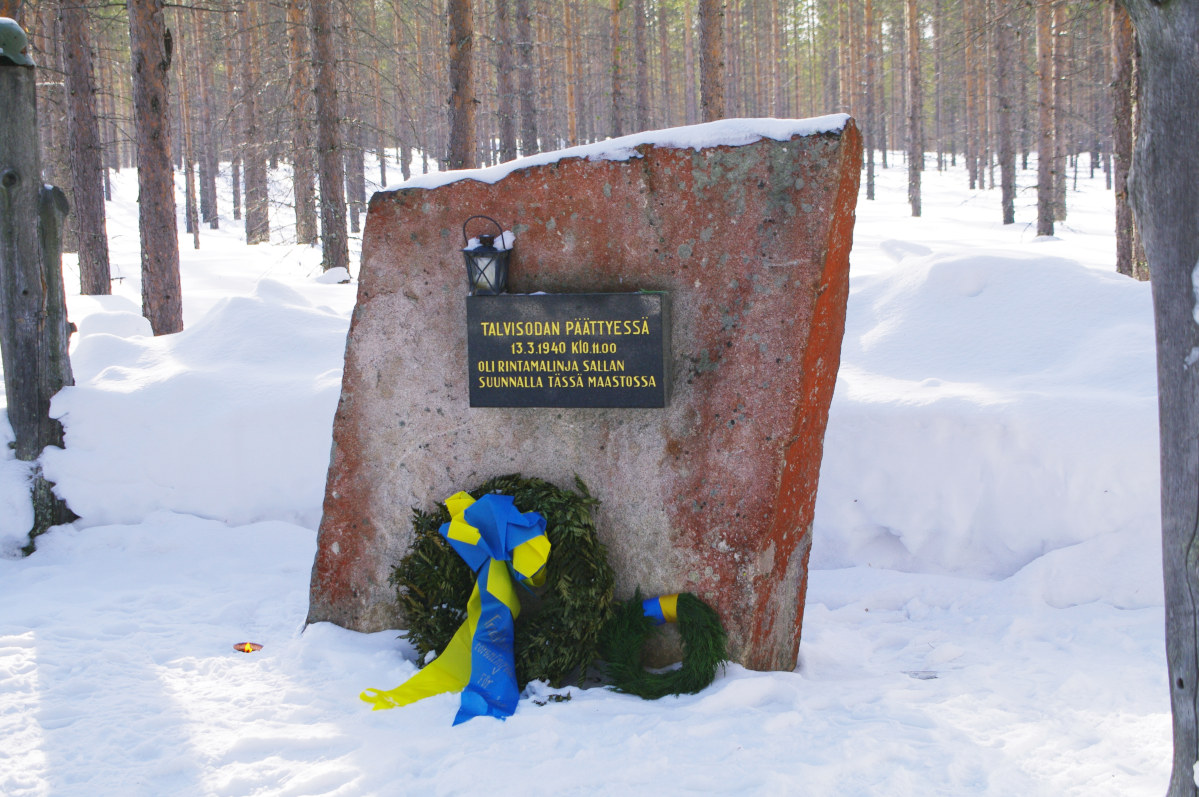 Some 50 members of the Swedish Volunteer Corps were killed, compared to 26,000 Finns, but their intervention was a profound symbol of Nordic unity. Many had come fearing that if the Soviets had been allowed to invade Finland, then Sweden and the other Scandinavian countries would be next.

That offensive had been halted. And though Finland was ultimately unsuccessful in regaining the territory occupied by the Soviets in the war of 1941-1944, the successful defence meant Finland never fell behind the Iron Curtain.

This year, the ski march will feel rather different – there will be no known surviving veterans of the Swedish Volunteer Corps. But organisers such as Airio hope that, with Mannerheim’s voice ringing in their ears, their descendants will ensure that long may it continue.

The events begin on the evening of Thursday 26 March at the Hotel Mestarin Kievari in Kemijärvi, and finish on the morning of Monday 30 March at Salla. The programme includes dinners and (optional) remembrance services in church. To find out more, visit finlandsfrivilliga.se Details of the war sites and museum at Salla are available at loma.salla.fi