Annual Norwegian festival by:Larm acts as a combined showcase festival and music business conference and has been visited in the past by then-emerging artists such as MØ, Lykke Li, Robyn, Aurora and Billie Eilish. This year’s festival took place during the first weekend of October, presenting up-and-coming talent as well as those who have already made it big in their native countries. Scan Magazine reports from the festival with ten Nordic acts to look out for in 2022.

Norwegian artist and actor Metteson (Sverre Breivik) was the one to watch at this year’s by:Larm, even winning by:Larm’s own talent award, Årets Stjerneskudd (‘Shooting Star of the Year’), previously won by ISAH and Girl in Red.

His catchy, eclectic Scandi-pop and live show are ‘80s synth, disco glam, Eurovision grandeur and performance art wrapped up in one enticing package. His by:Larm concert was so popular that large parts of the crowd were watching from the surrounding corridors and open doorways.

Check out: Under Your Shirt and Harder. 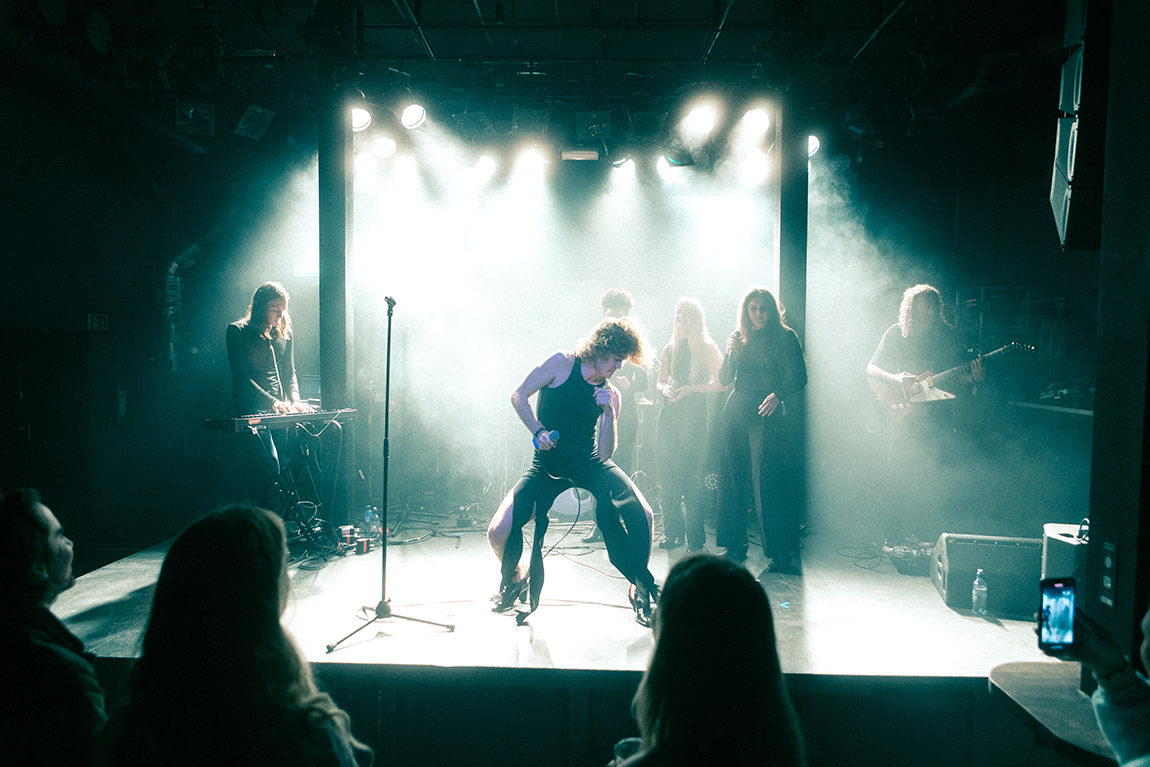 Danish pop sensation Jada released her debut single Keep Cool back in 2018 and has had huge success in her home country. With her soulful pop and soaring voice, Jada has won 13 Danish music awards, and her hit single Nude spent weeks in the charts.

At by:Larm, she proved the international appeal of an artist who is rapidly becoming the voice of a generation. Her shows are as full of colour, flair and life as the artist herself.

Check out: Nudes and I‘m Back. 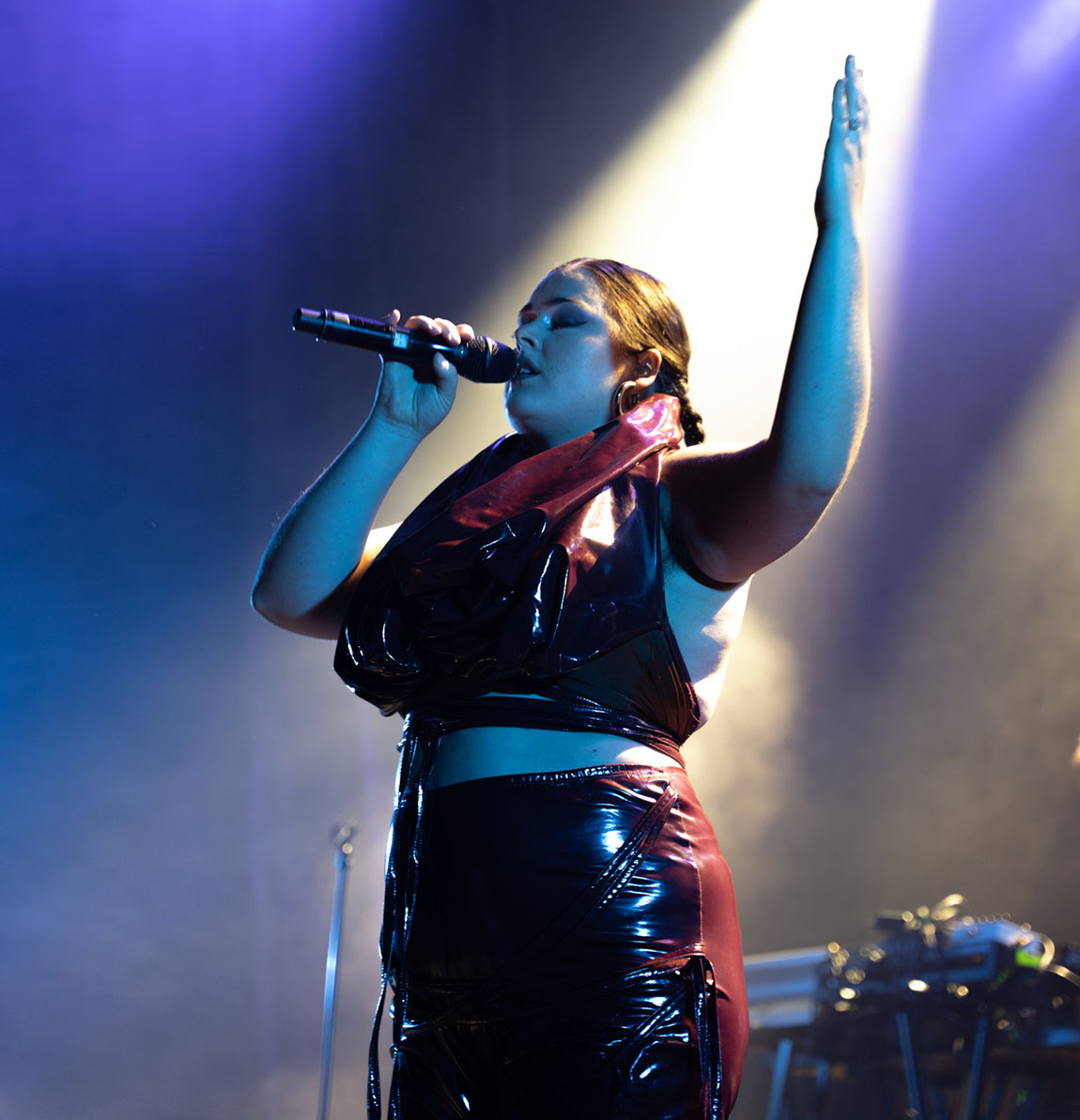 Sami language and culture are slowly making their way into popular music, with a new, young generation of artists reclaiming their identity and heritage. Emil Kárlsen from Omasvuotna/Storfjord in Troms writes poetic lyrics in traditional Northern Sami, mixed with modern, melodic music and wide-reaching soundscapes.

His by:Larm performance was as educational, beautiful and powerful as his music, with cultural history, yoik and backdrop projections showing Sami art and nature.

Swedish songstress Myra Granberg has racked up an incredible 37.4 million Spotify streams of her 2018 debut single, Tills mitt hjärta går under, a song she wrote for her little sister. Since then, her singles Lose My Mind and HKH (Håll käften & försvinn) have joined the millions-of-streams club.

Check out: Tills mitt hjärta går under and Lose My Mind.

The by:Larm concept by:Larm Black presents hard rock, punk and metal as part of the festival. One of this year’s by:Larm Black acts was Norwegian melodic metalcore band Fixation, proving that there is more to the Norwegian metal scene than black metal. Fixation released their critically acclaimed debut EP in 2020 with thundering soundscapes, soaring vocals and beautiful harmonies.

At by:Larm, they proved their strengths as live musicians, presenting a majestic set that would have suited a stadium just as well as it did a small concert venue.

Check out: What Have We Done and Neurosis

Danish artist Dopha (Sofie Daugaard Andersen) released her debut album The Game in January of this year, and several of her singles received airplay on Danish radio. She brings crisp pop music with hidden depth: vulnerable yet strong, lighthearted yet melancholic, with subtle pop that explodes into rock.

by:Larm saw the singer deliver two explosive concerts over the course of the weekend, earning her many new fans in the Norwegian capital.

Check out: The Game and Happy For Me.

Norwegian R&B artist ISAH is one of Norway’s fastest rising stars, with large collabs with established acts, festival appearances and millions of streams. He has won multiple awards, including by:Larm’s own Årets Stjerneskudd (‘Shooting Star of the Year’) award in 2020, as well as two Spellemannprisen (often referred to as the Norwegian Grammys).

His 2021 by:Larm concert was the grand finale of the festival. Massive light and stage designs, guest artists and an abundance of energy sent the audience into a frenzy, proving that ISAH is ready for much larger stages going forward.

Check out: HALLO and Begge To 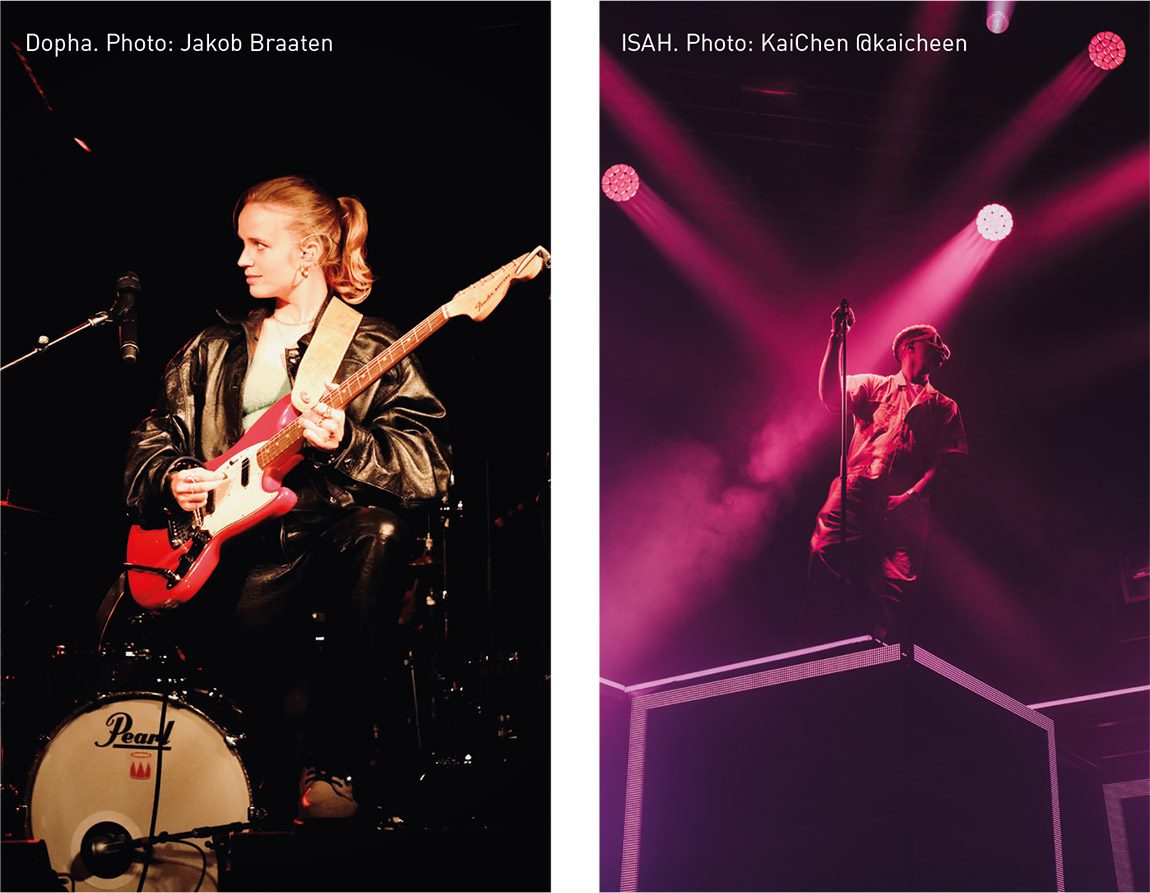 Finnish sound artist and musician Tuomo Väänänen mixes slow and dark synth sounds with calm rhythms and nature sounds, creating soundscapes that are as beautifully expansive as they are ominous and hypnotising.

His latest album, Topics, was released earlier in 2021, and he was one of the bookers’ recommendations at this year’s festival. Determined to make the spectators listen, he wrapped the by:Larm audiences in that carpet of frosty, digital sound that seems exclusive to the Nordics.

Check out: Enclose and Contain 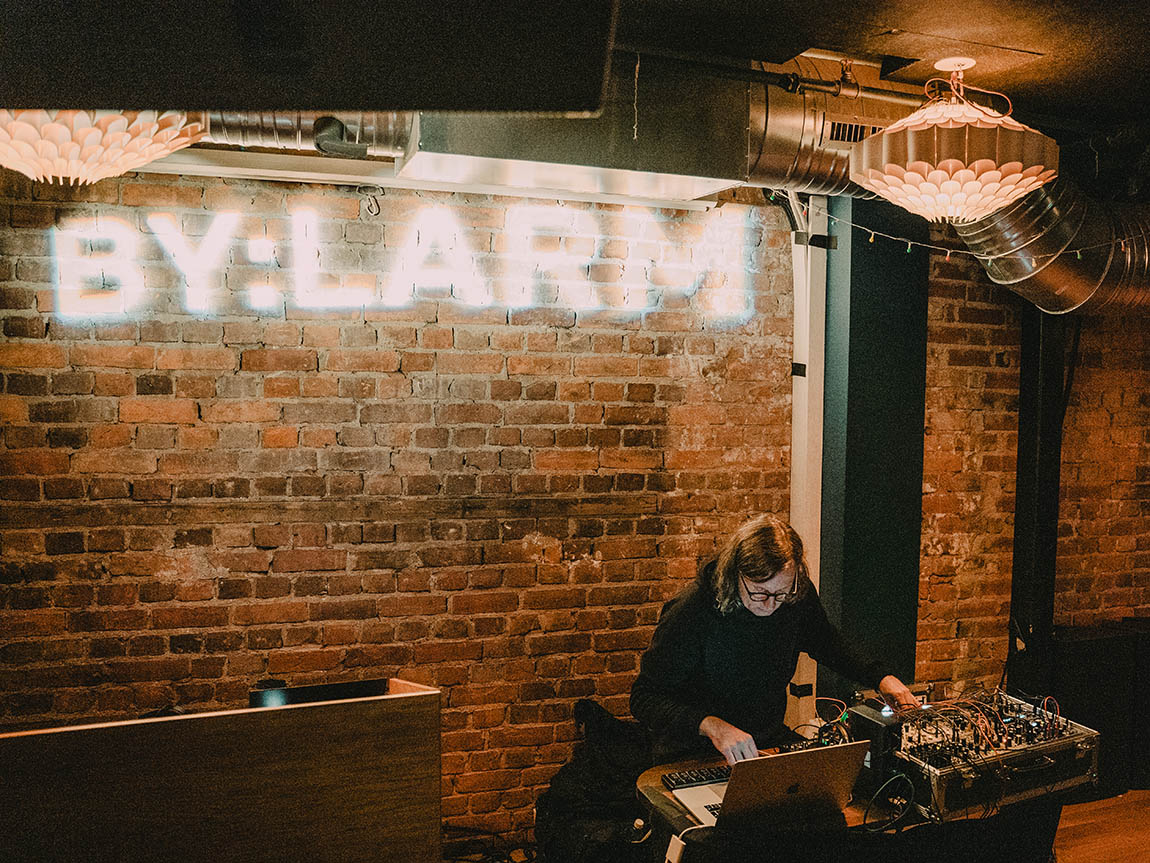 Punk rock never died, and Norwegian outfit Hudkreft is a perfect example of the new generation of punks, bringing knitted scarves and moshpits to by:Larm Black. The young quartet is determined to cement punk’s place in the current musical environment and does it with flair.

Swedish contemporary folk musician Sara Parkman mixes Viking and folk sounds with classical strings and intriguing rhythms, resulting in a fascinating blend sounding like nothing else out there. Trained at Royal College of Music in Stockholm, Parkman has released two solo albums, collaborated with Fever Ray, Bob Hund and Silvana Imam, and received several grants and awards in her home country.

Parkman’s by:Larm concert was set in St. James Church of Culture, the perfect setting for her beautifully ethereal music.

To stay up to date on the latest in Nordic music and find out what’s in store for next year’s festival, follow by:Larm on their social platforms: Web: bylarm.no Facebook: bylarm Instagram: @bylarmfestivalen Twitter: @bylarm