C ontroversial but popular painter Dag Hol has never been one to hide in the shadows. Going against the current and ever-changing fashions in art, he creates magnificent landscapes inspired by romanticism and old painting techniques. This has earned him some of the biggest crowds recorded at exhibitions in Norway, but also a reputation as the ‘odd one out’ amongst the art elite in his native country.

Hol did his first drawing at the tender age of six — a piece that has since gone missing, unfortunately. Nevertheless, it was good enough to light a spark in the young boy, and, as a teenager, he would strap his easel to his back and head out into the woods to paint the surrounding landscapes. In his late teens, he was introduced to Acem meditation. He pondered moving to India to become a yogi, but realised that he could practice and learn locally — that it was not so much about where he was, as about what he did.

He went on to study languages, literature and art, and finds that the philosophy that was a part of these studies has helped his understanding of art and art history. “Languages, art, philosophy, meditation — all these different things have melted into one big interest,” he says. “They’re all connected.”

The close relationship between meditation and creation is something that is completely intrinsic to Hol’s life and work. It is not at all religious, but something all-encompassing that affects life, love and his art. “I’ve been meditating for 46 years,” he says, “so I’m quite advanced. When I meditate, I can often do up to 30 or 50 hours in one sitting. The things you work with at that point transcend normal emotional presence and turn into something more timeless. And that has affected my painting a lot.”

He describes the process of painting a picture as a combination of meditation, philosophy and psychology. He will sit still for hours, spending the same amount of time thinking and reflecting as he does painting new strokes. This, in turn, is the basis of one of his ideologies, which he calls ‘the art of doing’. The concept is an expression of his belief in the execution of the art being the most important thing, with the thought, technique and intent behind each stroke with the brush, giving the painting life and light. Too much modern contemporary art, he feels, is made with the concept as the main focus and purpose. As his website states: “Every brushstroke is a signature of the soul and that will be the theme of the artwork.”

He likens this approach to Acem meditation, where the aim is to be in the moment every moment. This is closely related to Asian meditative techniques, be they Indian, Chinese, or Japanese. Studying these techniques introduced him to Chinese art, where the tiny human being in the vastness of nature is a recurring theme. “People are so small,” he muses. “We are utterly insignificant. But we’re part of a big cosmos, so big that we can’t even grasp it.”

The tiny person alone in landscapes has become one of Hol’s trademark motifs as well. “People say that my paintings are so lonely,” he says, explaining that loneliness is something he has struggled with for years. He has a wonderful wife and has many friends, but loneliness is a companion he has never managed to escape. “You exist alone and you die alone, and people can see the pain of that in my paintings.” 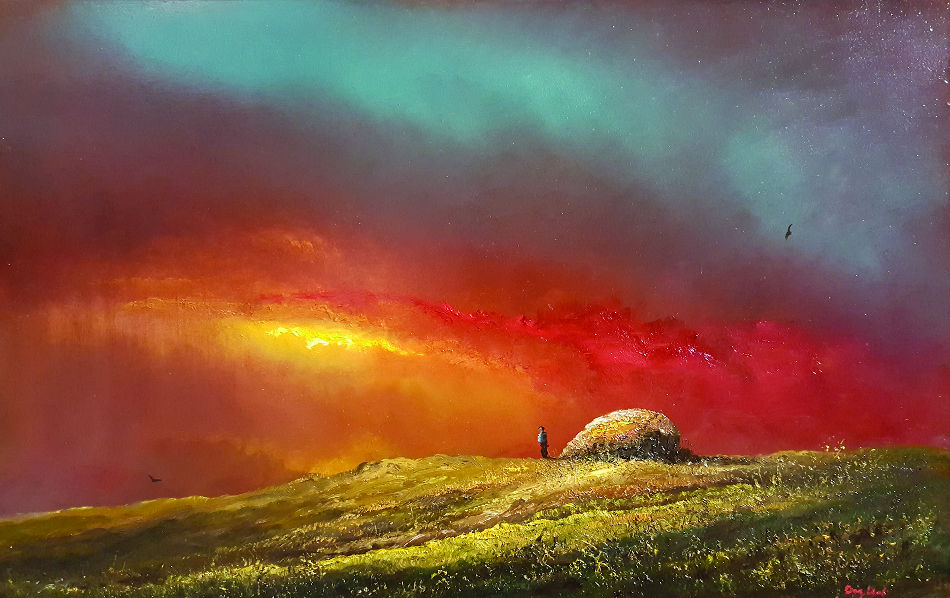 Another theme that catches the attention in Hol’s paintings is their inner light. Hol explains that, during some of his past exhibitions, he would sit in the middle of the room, painting new pieces as people were walking around and looking at the art on the walls, and that they would often come over and share their experiences with him. The vibrating inner light of his paintings was one topic repeatedly brought up. The motif can be a book or a forest, but the light shimmers from deep within.

Hol’s approach to art has made him a controversial figure in the art scene, and many dismiss his paintings as outdated, old-fashioned and kitsch. Hol, however, feels that his classical techniques and philosophy makes his art timeless, and believes that his paintings will survive the waves of fashion in the art world. Everything comes full circle, in time. 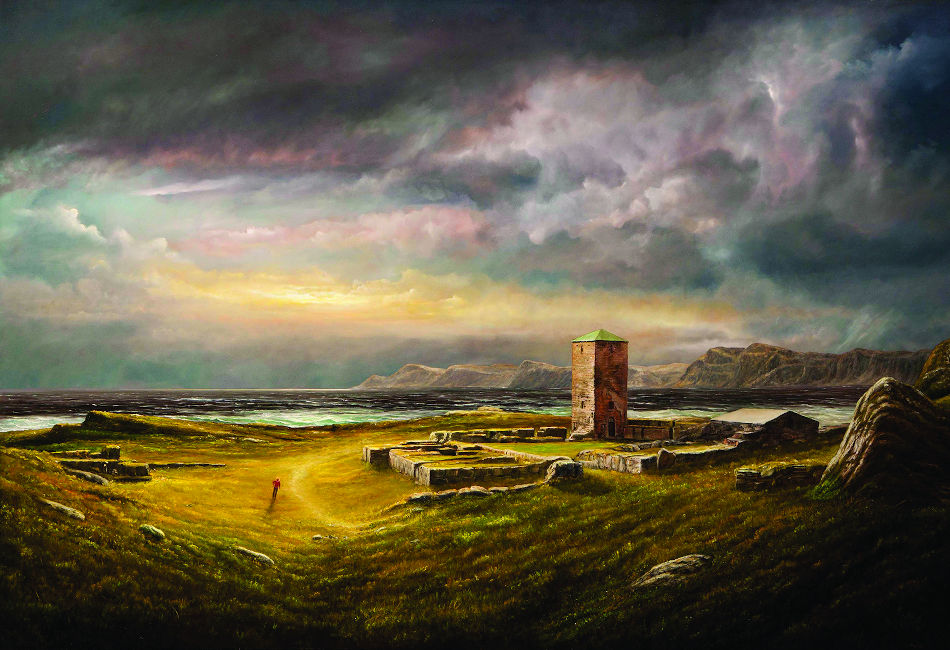 www.daghol.no Read the feature on issuu