Darin: An Idol two decades at the top

You’d need to search the length and breadth of Sweden, and ask the question to a lot of its inhabitants, before you stumbled upon a Swedish person who didn’t know who Darin is. The avenues they’ll know him through will differ – be it the perennial presence of his music on the radio, his career-defining turn on Så Mycket Bättre, his interval act at the Eurovision Song Contest when it was hosted in Malmö in 2013, or his humble beginnings on the TV show Idol – but know him they most certainly will.

It was at this Idol audition, on the very first series of the show in 2004, that a 16-year-old Darin Zanyar first came to the attention of Sweden. As is often the case in these situations, a powerful singing voice belied the shy auditionee it was coming from. But as is actually quite rare in this sphere, it’s a singing voice that is still something of a radio staple almost two decades later; something that most artists – those who have come through reality TV or otherwise – can only dream of.

“It’s insane. 20 years,” reflects Darin, who hasn’t been keeping track of the remarkable anniversary he’s been hurtling towards. “It feels crazy and cool at the same time. That I’ve actually been able to do this for such a long time. Some of the things feel like they happened yesterday – while some of them feel like they happened 50 years ago,” he laughs. “It does feel like a long time ago,” says Darin, when asked about those first few years. “It was a different world back then.”

In the many years since then, he’s racked up no less than seven number-one albums in Sweden, and kept things interesting for his fans – and for himself – by dipping in and out of musical eras. For one eight-year period – arguably his most commercially successful, on both streaming and radio – he recorded and released music exclusively in Swedish. “Writing and singing in Swedish is amazing, and I’m gonna continue doing that, because I love writing in Swedish,” ponders the artist, “but it does limit it to Scandinavia of course.” 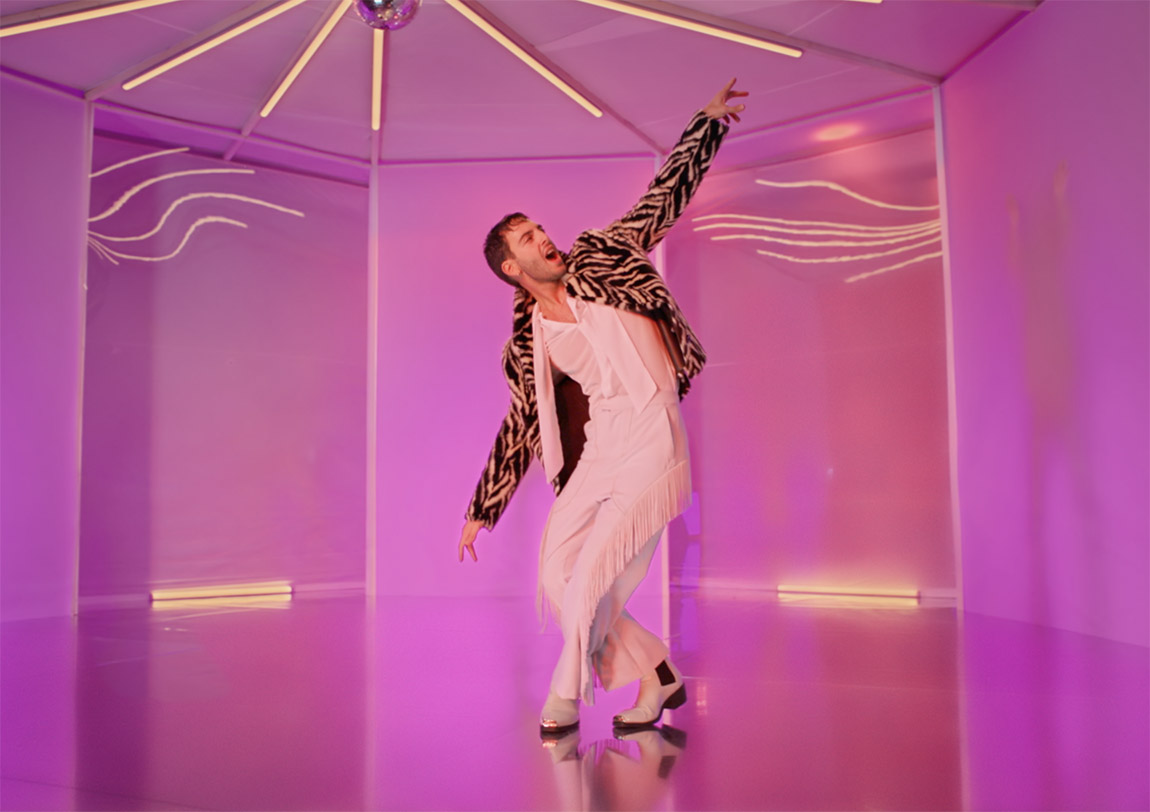 Last year, however, he returned with yet another new sound, a stylish new look, and he was singing in English again. And it’s certainly not the case that he’s limited himself to Scandinavia anymore. The first single, Can’t Stay Away, is currently serving as his debut hit single in Italy, for example, where, at the time of writing, it’s the highest placed English-language song on the Italian radio airplay chart.

For his latest batch of English-language releases, Darin has worked with a new bunch of songwriters, something which, by this point in his career, he knows is important in order to keep things interesting: “I always get inspired by new things. Things that happen in my life – new people that I meet and new people that I work with. Everyone works in different ways. Everyone thinks in different ways, too. That’s why it’s so nice to collaborate. That’s one of the great things about working with other people – you get inspired.”

From the very beginning, Darin has been involved in the writing process for his music, something he is just as passionate about as he is about performing. And with every new team of collaborators for every new album, he’s cherished the experience of learning something new each time. “That’s the way for me to think when it comes to most things in life. You can always learn more. You’re never finished learning, I feel. You can always develop, evolve, learn more things, try things in different ways. That’s the best way to think, especially when it comes to creative things.” And what’s the most important thing he’s learned in the writing process after all this time? “It’s about experience when it comes to lyrics. It’s about living life and then writing about it.”

In his most recent songs, Darin now has the freedom to write from a more personal perspective than ever, having used the occasion of International Pride Day in 2020 to take to his Instagram and share with his followers the revelation that he is gay. “It was the right timing for me. And that’s the most important thing. For it to feel right for you. Not doing things for other people.” 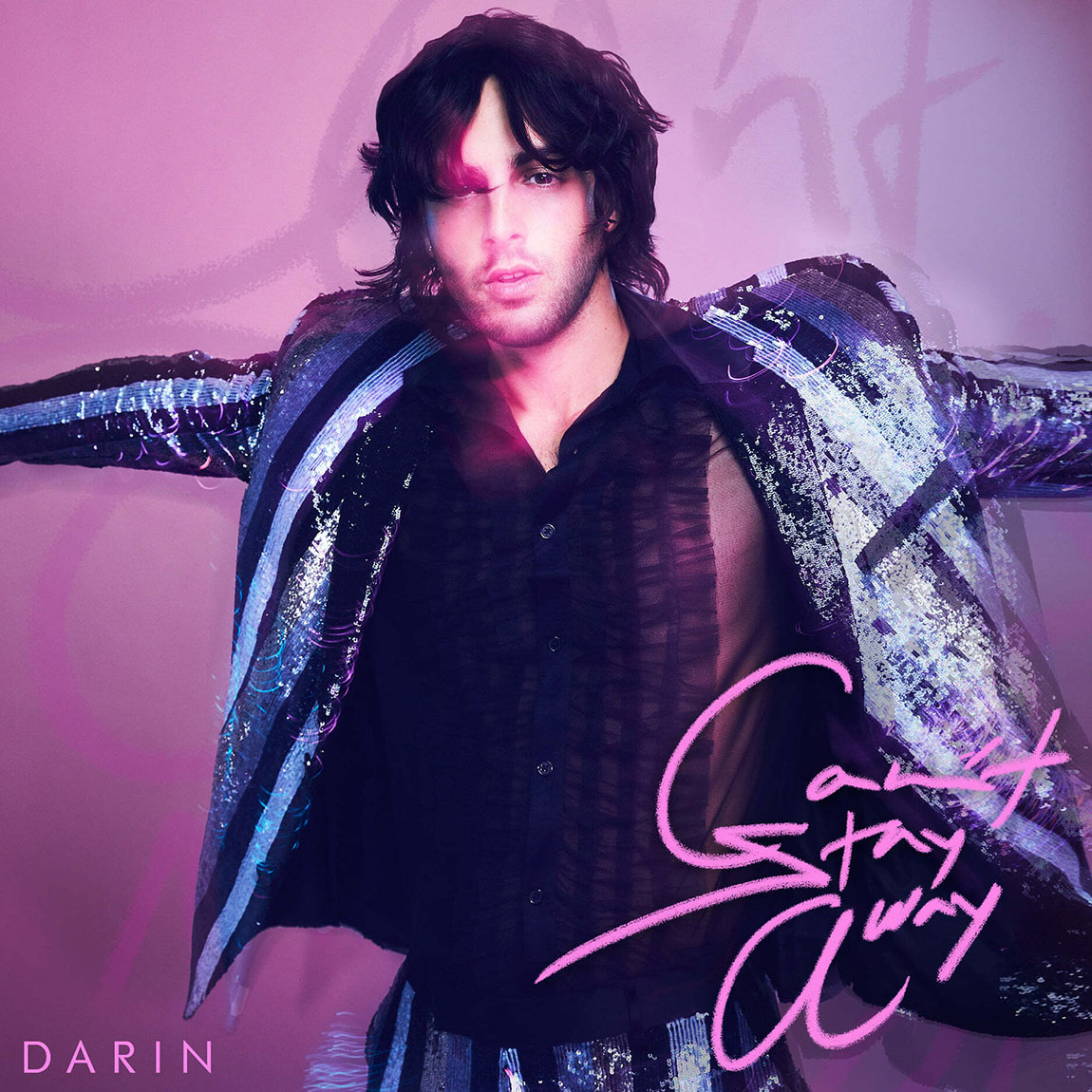 It was a statement that was met with – thankfully – universal support from the Swedish media and music industry, and from his fans, some of whom had been with him for 16 years at that point. And it’s ended up moving things in a positive direction for the singer, too: “I love to write. And I think that helped a lot with the coming out. Plus, it gave me a whole new energy. To be honest, it’s more fun now for me than it’s ever been, creating and releasing things. Especially when it comes to the visuals and the fashion, and trying out new things. For example, the music video to Can’t Stay Away; I don’t think that would have been the way it was had I not come out.”

With so much achieved – on both a personal and a professional level – in these last two decades, it’s intriguing to know how an artist looks ahead and thinks: ‘right, what next?’. But Darin does at least have some idea of his hopes for the near future, from the perspective of where he finds himself today. “I’m very happy with what I have achieved. I don’t take anything for granted. I’m so happy that I’ve done the things that I have – that I’ve had the success I’ve had back home in Sweden. But I’ve done music in Swedish for so many years now, and I’m looking forward to all these new songs in English. To be able to share the music with even more people. That’s very exciting for me right now.”

But then he’s also keen to not get too bogged down in the grand plans, keeping his feet firmly on the ground, all too aware that it is this more modest approach that has contributed to getting him where he is now. “I’m a lot in the now. And a little bit in the nearest future. That’s the way I think. Maybe that helps me be creative.”

If he thinks only in terms of the near future, then it’s pertinent to ask what that near future holds for Darin. Can we expect an outlandish new musical era to be ushered in soon? Mercifully, he knows what his fans want from him, what works for him, and what he wants for himself, too. “I love pop music. That’s the genre I grew up with and it’s always gonna be the one I like listening to the most. Even though I listen to everything – I listen to jazz, I listen to Spanish music a lot and French music, all kinds of genres – I’m always gonna love pop music the most.”

After 18 years in the game, and at the top of his game, it’s this admirable commitment to the genre that has seen him become such an integral part of it. 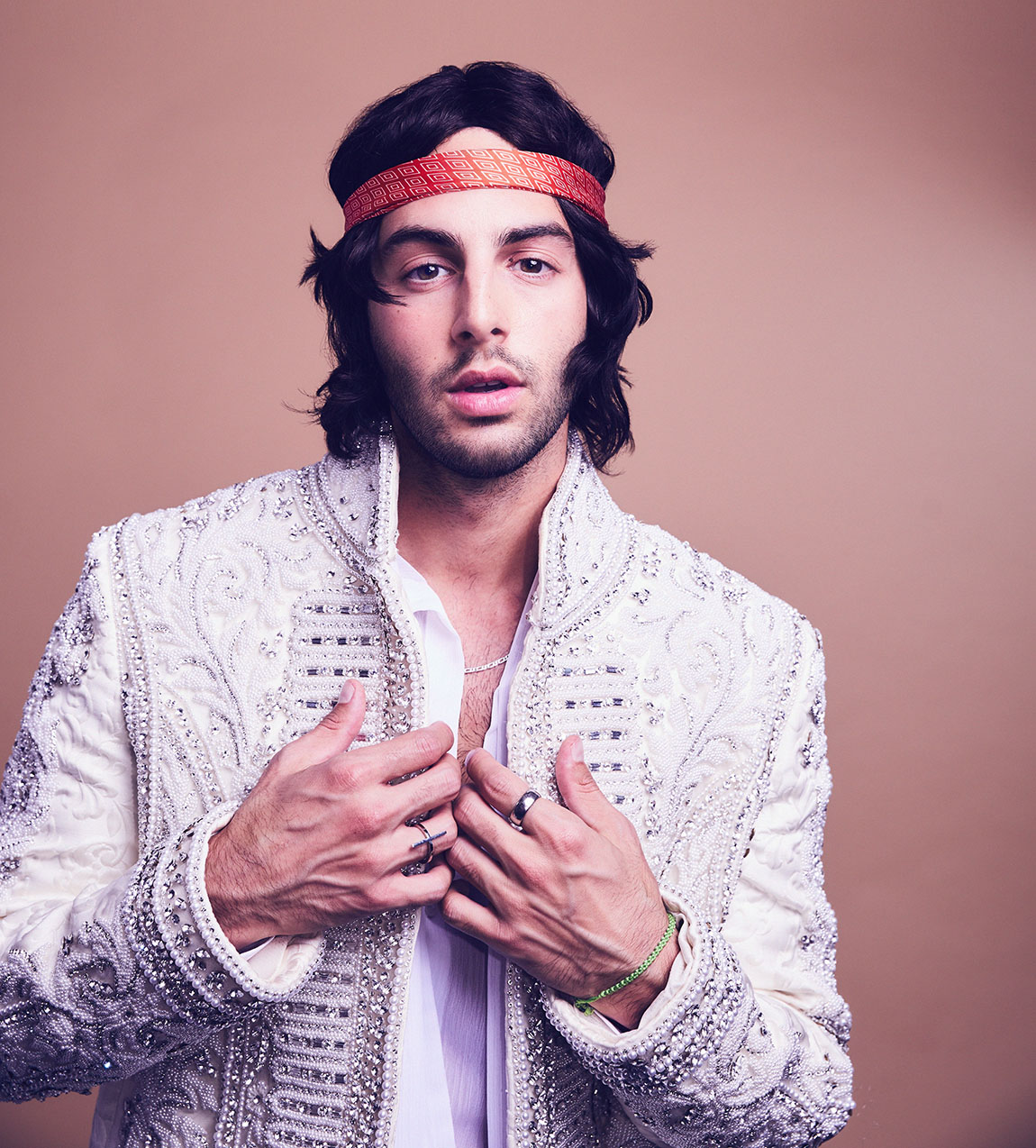