Many little girls dream of becoming a ballerina – the pretty tutu, the pink satin ballet shoes, the sparkly headdress – it all looks so enchanting. The reality is, however, that you need the strength of a top athlete, huge determination and talent to even get into a ballet company, let along rise through the ranks.

For Gina Storm-Jensen, the dream has come true. A soloist with the Royal Ballet in London, she is the company’s only Norwegian ballerina, trained at the National Ballet School in Oslo. The tri-lingual ballerina was born in London to a German mother and Norwegian father, where she spent the first two years of her life, before the family moved to Oslo. 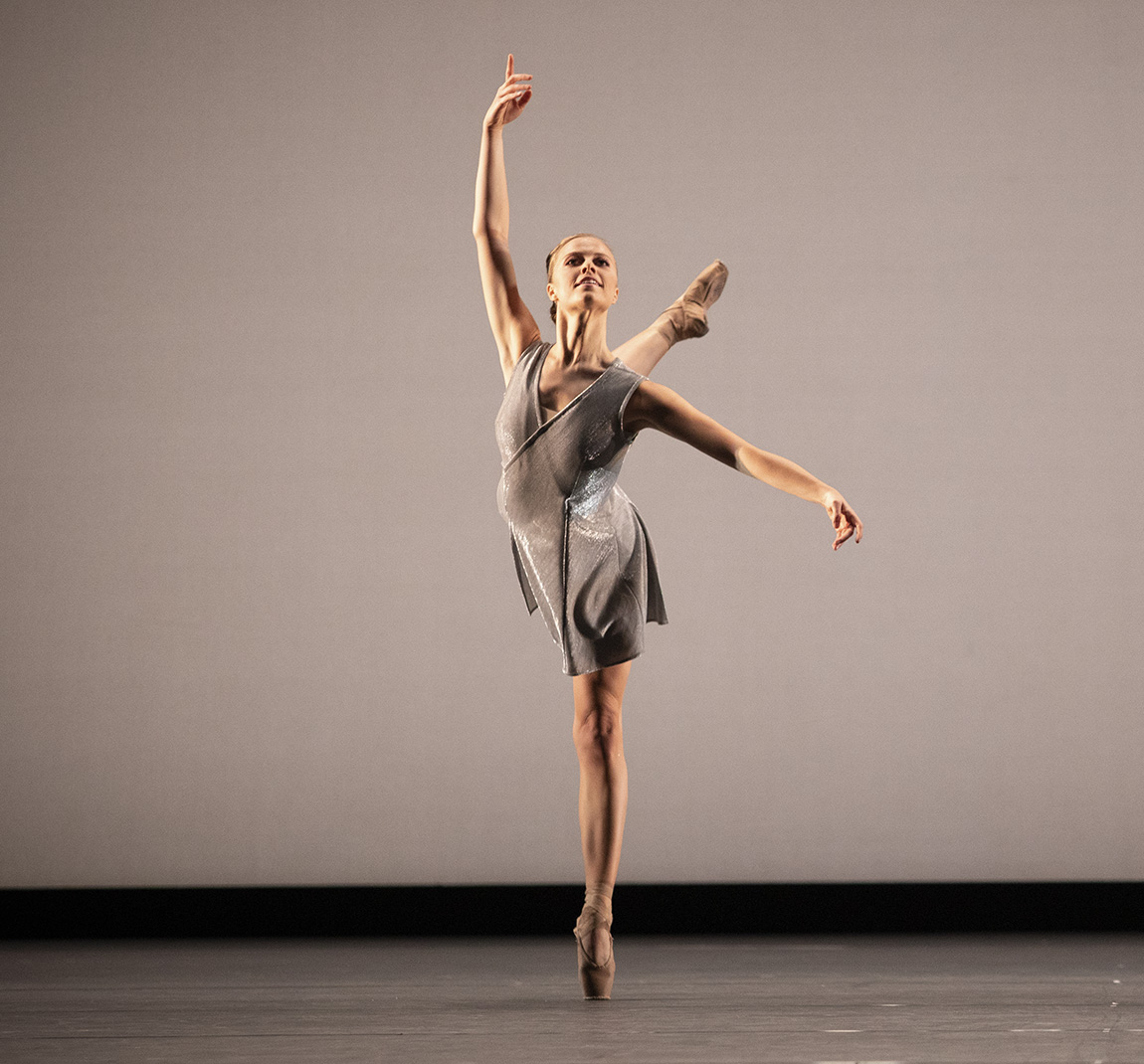 She took her first steps in dance aged four, attending the Jorunn Kirkenær dance school. “I started ballet partly because all my friends were going to ballet school. My mum said I had bad posture and wanted the discipline. I still have bad posture,” she says. This is quite untrue – she has the ease and elegance of someone who has had years of grace drilled into her.

“The minute I started, I was hooked. Rewatching ballet videos of myself when I was young, I have to say I’m quite impressed with how disciplined I was at such a young age.” 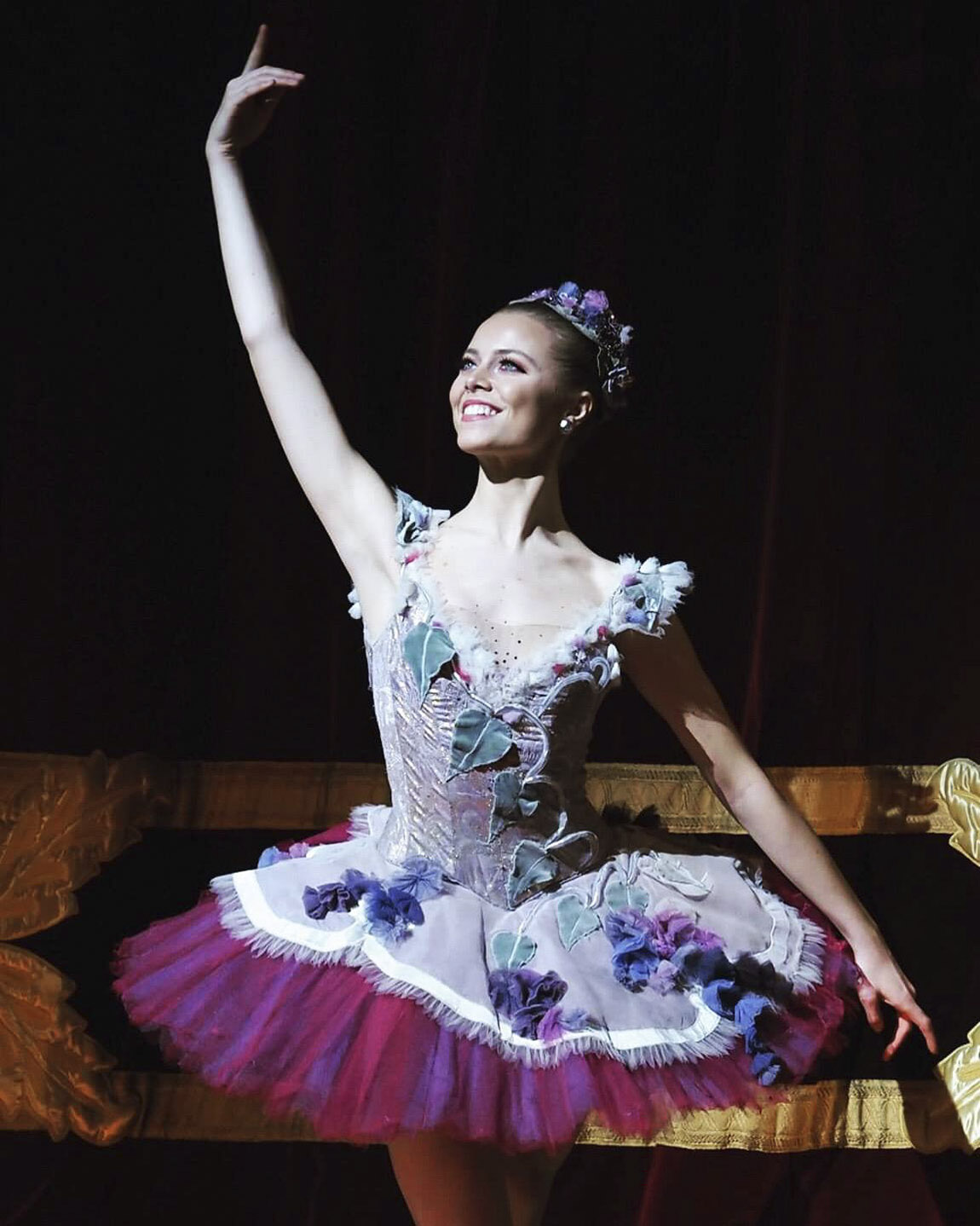 Gina as the Lilac Fairy taking a curtain call at the end of The Sleeping Beauty. Photo: ROH, Andrej Uspenski

A family of artists

Perhaps it’s not surprising that Storm-Jensen chose a career in performing arts. Her father was a trumpet teacher; her grandmother was the acclaimed Norwegian actress Vigdis Roising; and her great-grandparents were opera singers and piano players. “My dad’s side is very artistic, so maybe that’s why I enjoy classical music. I’m guessing my passion came from his side,” she says.

She describes her childhood in Norway as ‘amazing’ and credits her family with keeping her grounded during her not-so-ordinary early years. “I’m so blessed to have had a really solid foundation in Norway. I have an amazing family and friends and I’ve always felt supported and loved. My brother has been so supportive the whole way. I could not have done it without him being so patient with me, and obviously my parents’ help and guidance. 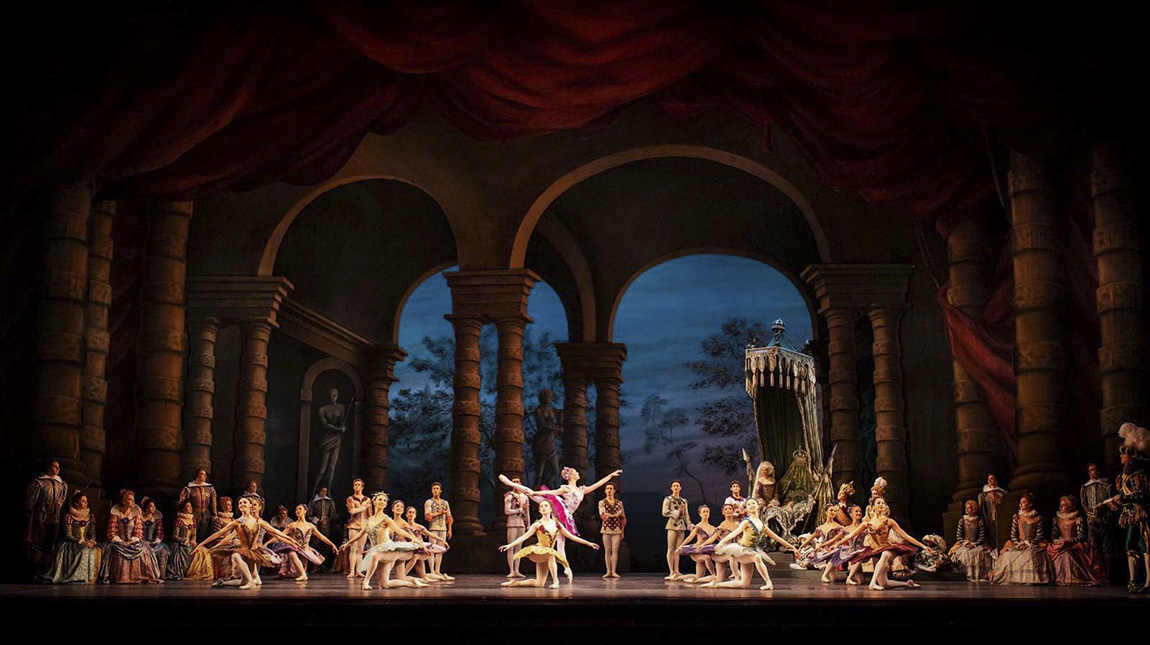 Gina as the Lilac Fairy in The Sleeping Beauty. Photo: ROH, Andrej Uspenski

“We have a cottage up north in Hafjell, Lillehammer, and we would go there to ski and relax. During the summer holidays we would go to Spain and spend time with my grandparents at their house there. But most weekends, I would stay in Oslo to dance. I didn’t have a normal childhood because I was dancing so much.”

Gina’s obvious talent led her ballet teacher to recommend she attend the Norwegian National Ballet School for more intensive study. While there, she started entering international dance competitions, winning the Grasse competition in 2009 and reaching the finals of the prestigious Prix de Lausanne aged just 15. You can still see her entry in a few clips on YouTube, in which her star quality is already apparent. 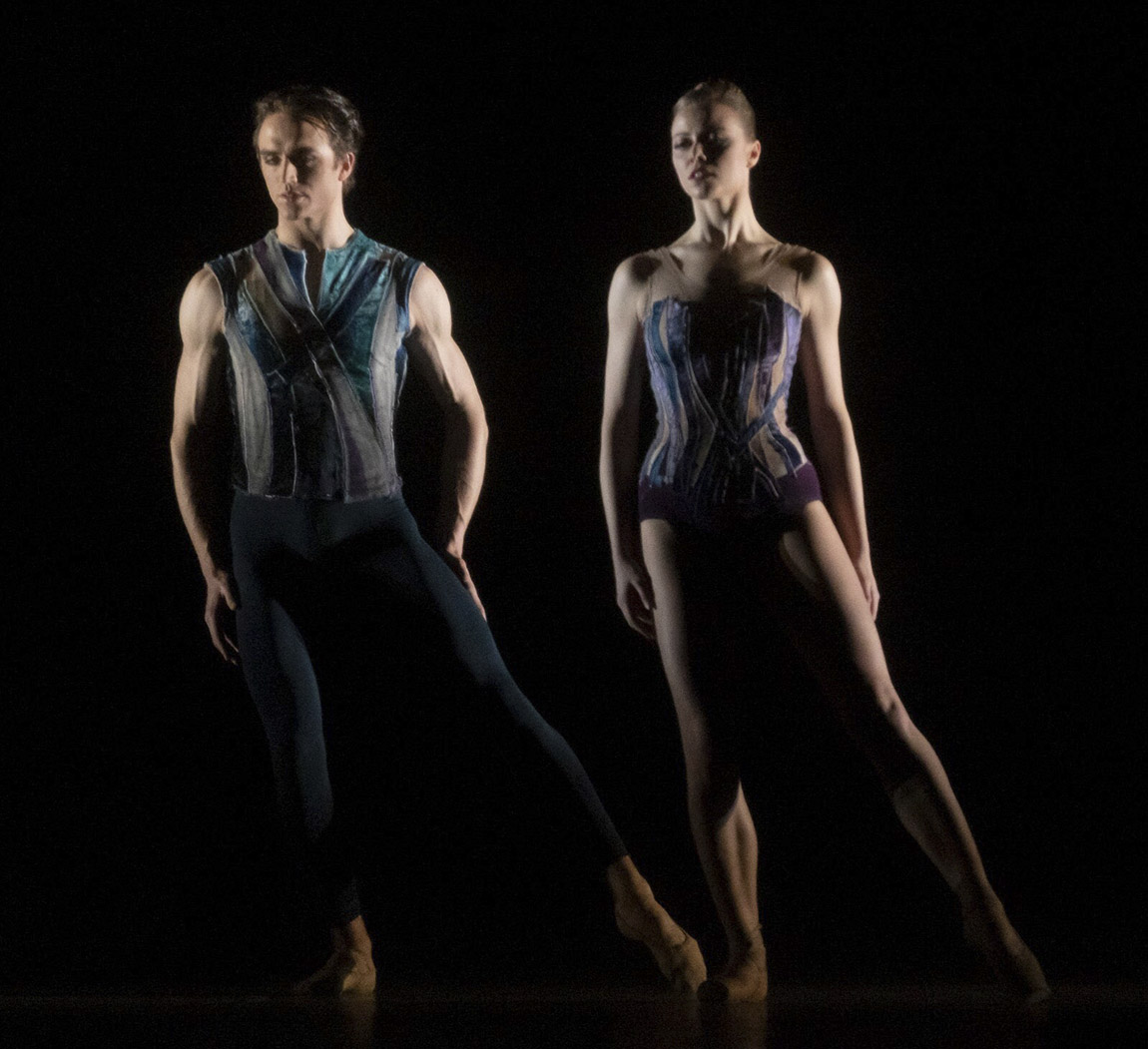 “I’m leaving regardless, because this is my dream”

Storm-Jensen had already attended summer schools at the Royal Ballet School in Richmond, but realised that, to progress, she had to consider leaving Norway to study abroad. The Prix de Lausanne, which was observed by top names in the ballet world, provided the ideal opportunity. She was picked out and offered sponsorship to attend the Royal Ballet Upper School – which meant moving to London for the three-year course.

“I said to my parents, ‘I’m leaving regardless, because this is my dream – and I’d rather be alone because I’m really independent’. Two months later, my dad got a job offer in London! He said, ‘look, we’re all coming over’.”

“I was upset because I thought this was going to be my journey. But three weeks after school started, I was so grateful that I had that support, because the competition totally changed. It was nice to come home to my family at the weekends and feel normal, because you are in this competition bubble. You want to do well and being able to let go and switch off is really important.”

“It’s something I want to carry with me and tell younger people that are coming up: to have a normal life. The more life experience and outside perspective you get, the better you can emote on stage. The more adventures you have, the more people you meet, the more you feel you can relay those emotions and give it back to the audience.”

“Because my family came over, and because I so wanted this dream to come true, I wasn’t as homesick, but now when I see my friends back in Norway, I do miss them. When I go back, I usually go to my cottage and not Oslo. A lot of my dancer friends from Oslo are now also dancing abroad, spread around the world. If my parents go back to Norway, I will definitely be homesick!”

A young Gina in the Norwegian National Ballet’s Nutcracker.

Dancing for the Royal Ballet

In 2013, after just two years on the course, she was offered a contract with the Royal Ballet Company, with a promotion to soloist last year. A great challenge during her years in the Corps de Ballet was staying motivated. “I have so much respect for the people in the Corps because it is so demanding; the hours are long and it is very repetitive. Now that I am a soloist, there is more pressure but also more time to focus on yourself, your roles and what you want to portray – without this Corps de Ballet life as well, in which you do so much in every show.” 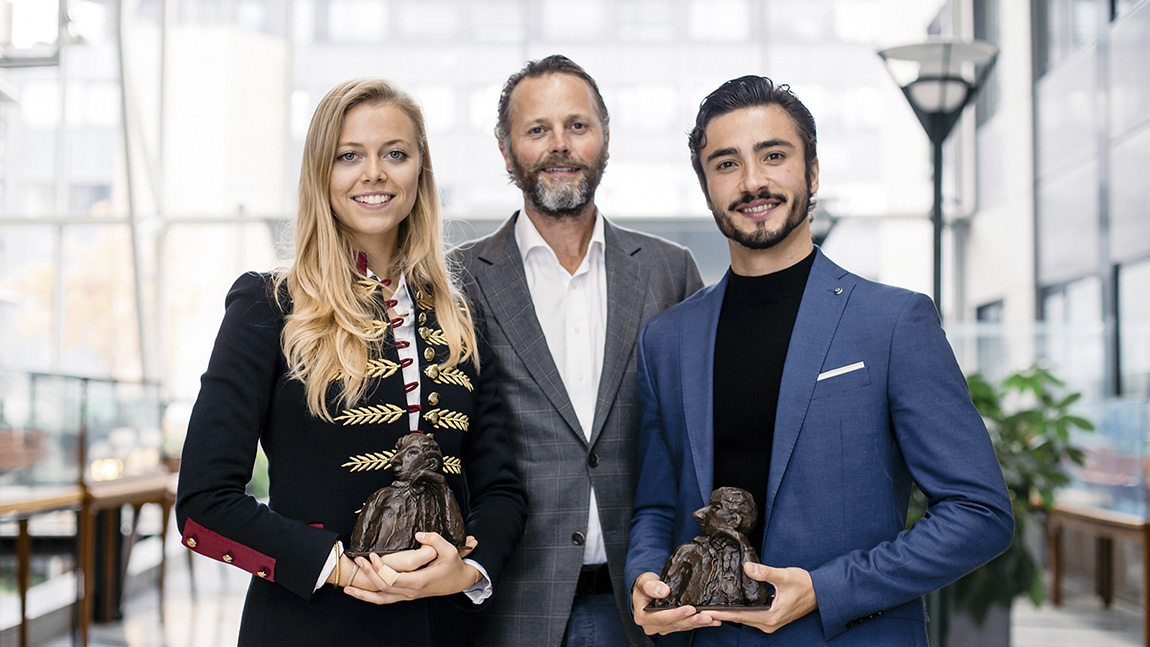 Gina with dancer Lucas Lima (far right) and Thomas Wilhelmsen (centre), the chairman of the board of the Tom Wilhelmsen Foundation, when she was awarded the 2021 Tom Wilhelmsen Opera and Ballet Prize.

Tall, with blonde hair and bright blue eyes, Storm-Jensen stands out easily on the stage. Favourite works so far have included Danse a Grande Vitesse, a neo-classical piece by Christopher Wheeldon in which she danced a pas de deux with Matthew Ball. “It was my first pas de deux experience and he is solid and strong and made me feel as comfortable as possible. I’m usually on my own which is also lovely, but it was nice to share the stage with someone and have this ‘let’s do this together as a team’ mindset, and not ‘oh God, Gina, you’re on your own, here we go!’ Having someone really experienced helped.”

She has also danced the evil Myrtha, Queen of the Wilis in Giselle, and a benevolent Lilac Fairy in The Sleeping Beauty, in a cinema performance which was relayed around the world. In the coming season at Covent Garden in London, Storm-Jensen will be dancing the role of Empress Elisabeth in Mayerling, a role which will test her dramatic as well as dancing skills.

When she eventually hangs up her pointe shoes, Storm-Jensen thinks a career as a coach helping dancers and athletes achieve their maximum potential is a possibility. She is already planning to do an online psychology degree in preparation. In the meantime, she will continue to delight audiences with her beautiful dancing. The little girl from Oslo has come a long way. 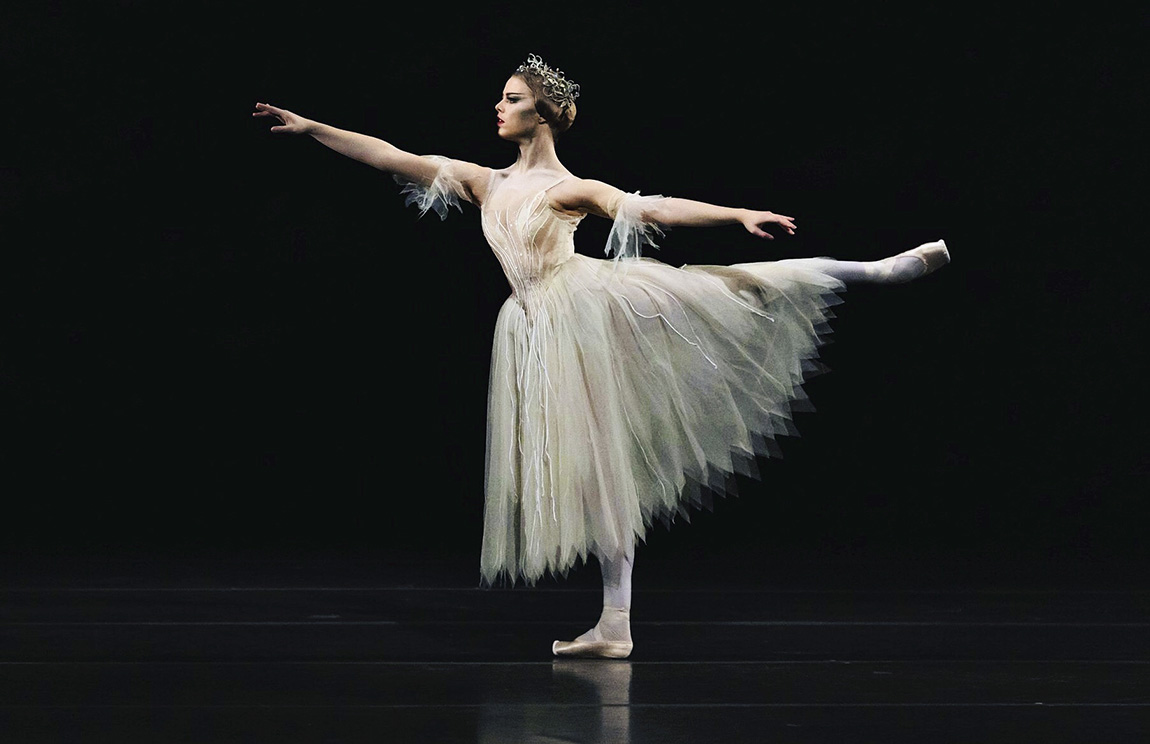 For details of the Royal Ballet’s performances, visit www.roh.org.uk