Helena and Sofia Mattsson: Hollywood highs and a vegan venture

From their childhood home in the Swedish capital to the toughest auditions in the heart of Hollywood, sisters Helena and Sofia Mattsson are both stars in their own right –but they have always been each other’s keenest supporters. After being seen togetheron the screen in My Husband’s Secret Wife last year, they are now joining forces on another exciting venture: a handbag collection to change the face of vegan fashion forever.

Two Swedish sisters with a penchant for acting, both making waves on the Hollywood scene –what are the odds? “I was inspired by Helena,” says Sofia Mattsson, the younger of the two sisters. “I came to visit and got to experience film shoots, and it sparked that interest in me too. She paved the way –it seemed exciting, and now here we are, both stuck!”

Older sister Helena had studied drama in London and was cast for a TV series in Los Angeles in 2004. “The years fly by,” she reflects. “I was here for a few years before Sofia came along and decided to give it a try and see what it was like. She stayed with me for a few years, and then it became a permanent thing, and now we both almost feel American.” 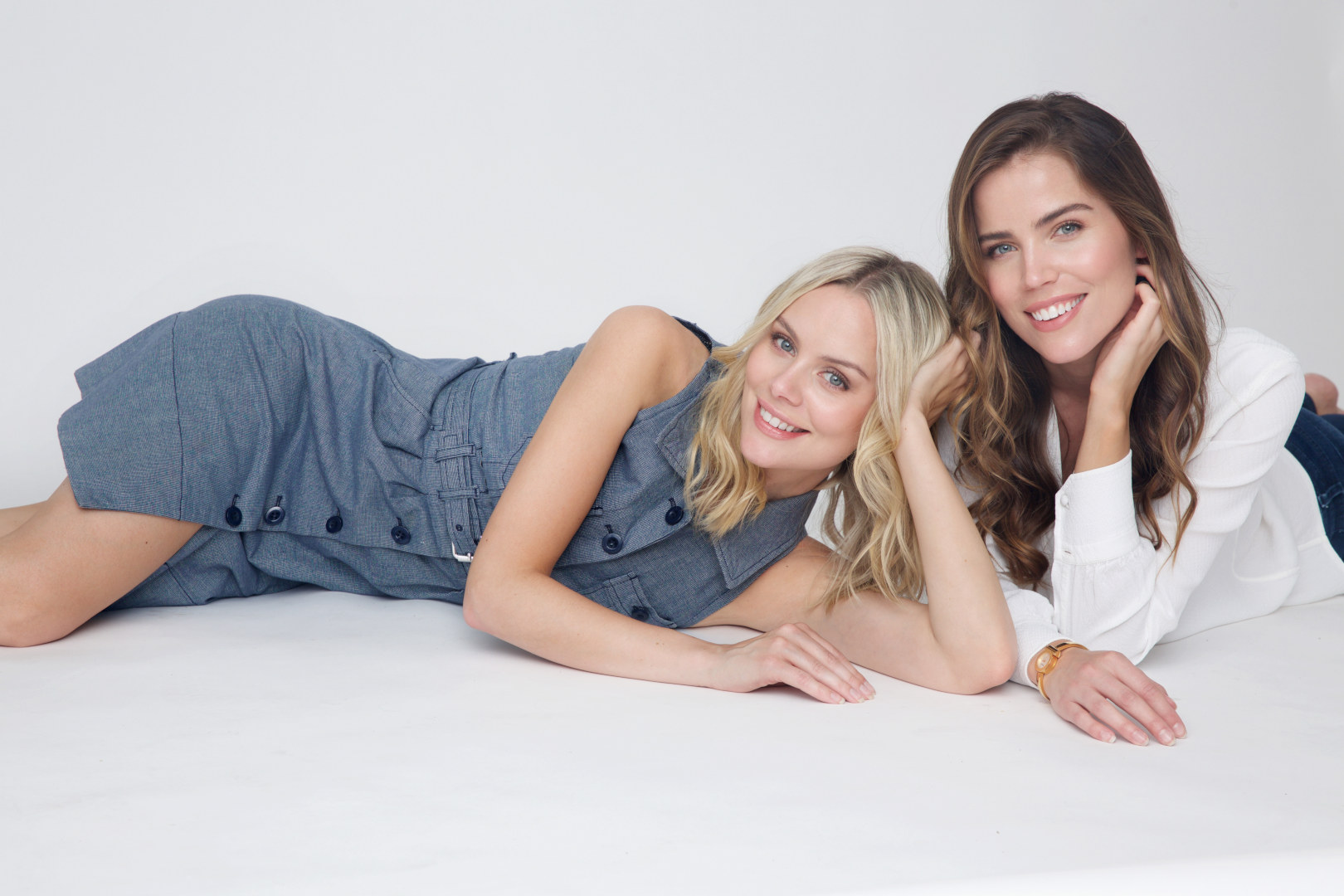 As two young professionals, aged 34 and 27 respectively, it seems only natural that they would say that: if you have barely evenhad a job in your home country, perhaps the place where you put roots down shapes you more? But that is not what Helena meant. “I feel at home here, but I’m more Swedish than I’m American. You get a very strong emotional bond to where you grow up – that never goes away. Sweden will always be home,” she says, adding that she speaks Swedish to her two children – Stella and Xander – and that they celebrate all the Swedish traditions.

Helena is nothing short of a Hollywood household name at this stage. Since starting out starring as Lena in Sweden, Ohioin 2004, she has been seen in CSI, Species: The Awakening, Two and a Half Men, Rules of Engagement, Desperate Housewives, Iron Man 2, The Mentalists, Seven Psychopaths, Fargo, American Horror Story, and much more. Last year, she made headlines in both her homes and beyond as she played a young Britt Ekland – Sweden’s much-loved actor and singer –in My Dinner with Hervé, a feature film about the life of the French actor Hervé Villechaize, something she says was “a little nerve-wracking but really enjoyable”.

Sofia, while a few years behind, is quickly building up an impressive showreel as well, having started out with a few shorts in 2012, followed by TV series such as Campus Security and NCIS and high-profile gigs as part of Jurassic Cityand and Becoming Bond. Lazy reporters might dub the sisters lucky for being one blonde and one brunette, in preventing rivalry for the same jobs –but it does seem an obvious potential issue. “Not at all!” laughs Sofia. “I think the odds that we would both be right for the same role are quite slim, unless someone’s after a Swede in particular. We’re quite different, after all. But even if that was to happen, I think we’d probably just have fun with it.”

The sisters have been known to talk a lot about their ongoing support for each other and lack of rivalry, and the latest evidence is in an entirely new venture far from the world of film and drama. This May, they are launching their very own vegan design handbag collection: Ava Carrington. “It started when we realised that pretty much all high-quality design handbags are made of animal leather,” says Sofia. “Like us, many people want a sustainable quality option that is kind to animals as well as the environment, but so many alternatives are either lacking in quality or style, or both. Generally speaking, vegan fashion is not exactly known for being stylish.” 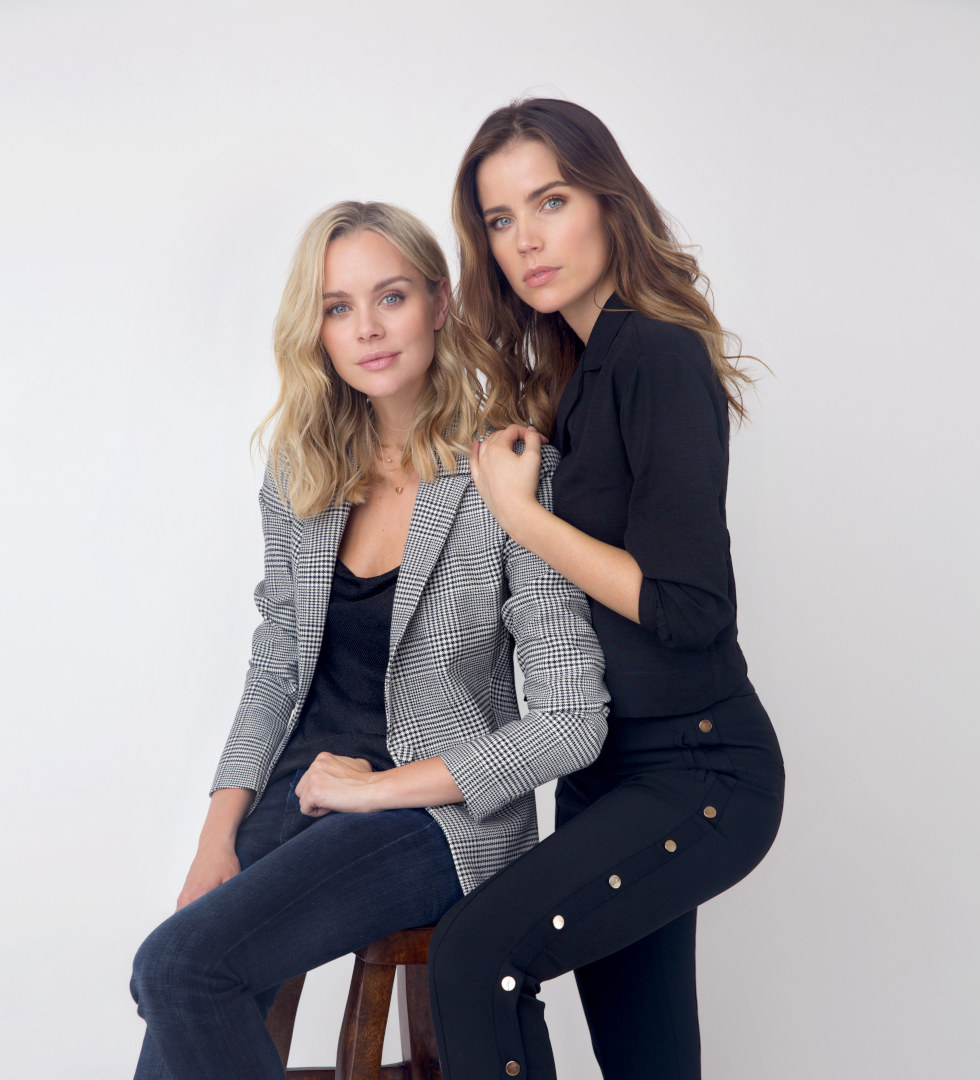 When they found a vegan quality leather,they knew that they were onto something. “We spent weekends sketching and designing and brainstorming, creating 3D images and patterns, researching and testing materials,” says Helena, adding that the nature of their jobs means that they always have blocks of time off and a good bit of sporadic spare time. Her sister adds: “It was a case of learning by doing. We don’t have the qualifications, we didn’t have the experience –but we’ve learnt so much.”

The result is a collection of stylish handbags with a clean conscience –all made of vegan leather, without compromising on aesthetics. The Swedish heritage is very much present too, and not only in the fact that the line is named after a woman from the sisters’ maternal grandmother’s many stories from her extensive travels through America. “Europe is known for its style, and Scandinavia even more so. We’re hoping that it’ll be evident that there’s a touch of Scandi expression in our collection too,” says Helena.

The sisters both laugh when talking about the benefit of being busy at different times, not only in knowing that one of them is always there to keep things ticking along, but also in getting a break from each other every now and then. And yet, there does not seem to be an ounce of tension between them, and they both insist that part of the joy of working on the handbag collection has been in the opportunity –even by necessity –to spend so much time together. Lucky that, since not even time on set meant time apart last year, as they were seen together in My Husband’s Secret Wife. “Super fun and practical,” they say, plainly – not least since they got to stay in the same house for the duration of the recording and could practise lines together.

Asked about their dream roles, they both take a moment to think before answering –perhaps a sign that they are quite content as things are. “Period pieces and playing around with costumes and the like is always loads of fun, and doing a Marvel film would be great,” says Sofia, before Helena insists that her sister would make the perfect superhero. “Yes!”Sofia exclaims.“Strong women –I definitely want to play strong women.”

Follow the Mattsson sisters’ handbag venture and be the first to know when the collection launches.