Ina Wroldsen: The Norwegian voice behind the world – Going solo

You might not yet be familiar with the name, but you will more than likely be familiar with her music. After almost a decade of writing songs for everyone from Britney Spears, Leona Lewis and One Direction to The Wanted, Alexandra Burke and Little Mix, Norway’s most in-demand hit maker is hoping that you will soon recognise her name as instantly as any of those she has composed for. Ina Wroldsen is launching a pop career of her own. Scan Magazine speaks to her about the transition from songwriter to popstar, personal change and her thoughts on whether her fellow Norwegian artists are catching up with the more prolific Swedes.

It has been a busy few months for Ina Wroldsen. The success in Norway of her debut single Aliens (Her Er Jeg) has meant that she has been returning to Oslo far more frequently than at any point in the seven years since leaving her homeland. And when we catch up with her before Christmas, she is a woman juggling a new career with an old career, and a hectic home life (“We’re in the middle of moving, I’m in a writing session with Clean Bandit later today, and I shot the video for Aliens last week”).

Ina has been writing for other artists for seven years now. Still, it hasn’t all been leading up to a solo launch. “It wasn’t always the plan to have a solo career, no. I was signed as an artist ten years ago, but when I moved to London I didn’t really picture myself being an artist again.” That’s when she channelled her songwriting into creating hits for other artists. “My publisher at the time suggested that I started writing for other people. He told me about a new girl band that was coming out, The Saturdays.  And The Saturdays as a group and me as a songwriter kind of started around the same time. My early songwriting just fit the sound that the label wanted them to have – and I ended up doing nine or ten songs on their first album”. 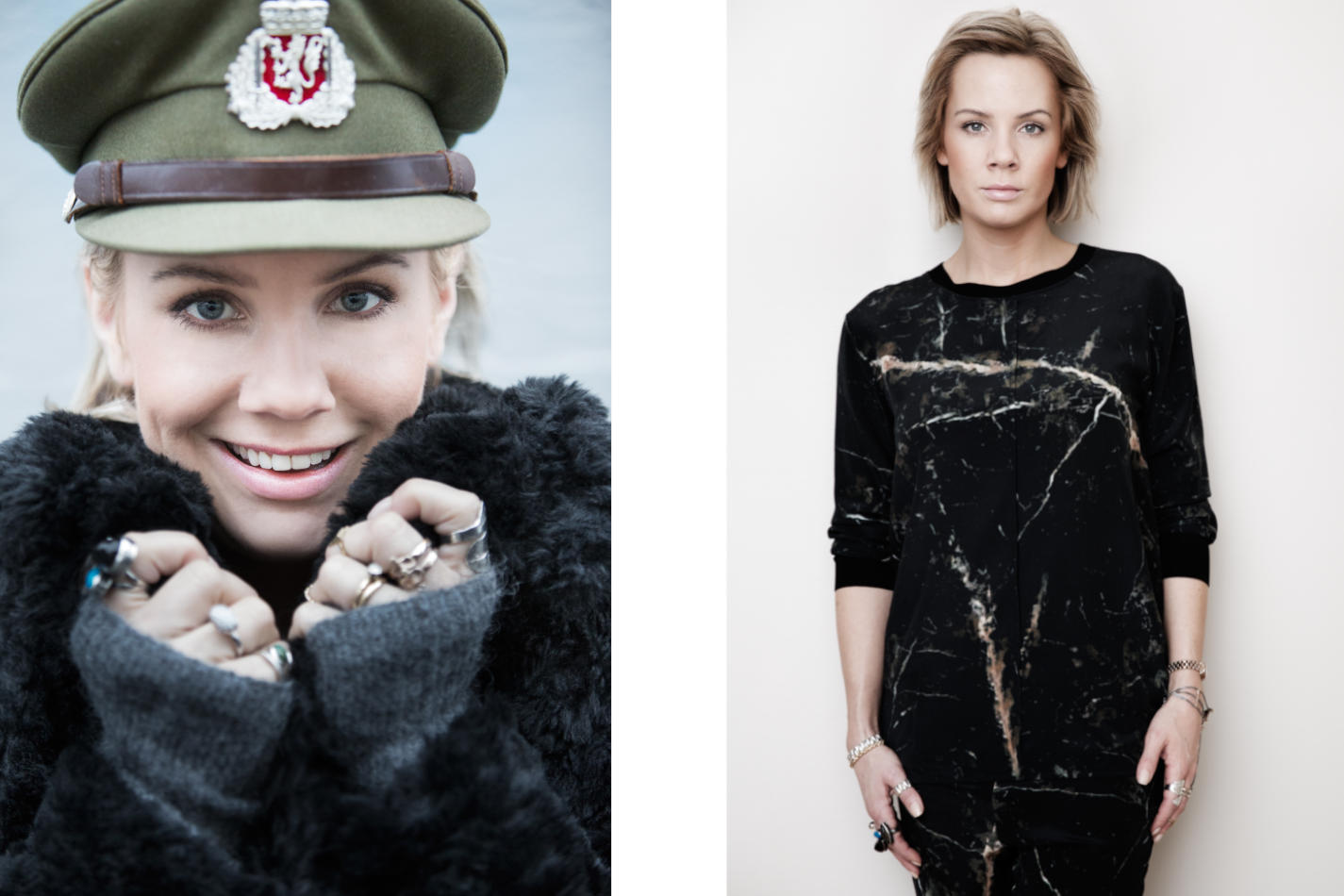 Going solo wasn’t all easy for the young songwriter turned artist: “It was time to do it alone. “I think I just needed to try it on my own, and that’s always quite scary.”

“I think I just needed to try it on my own”

Since that first album by The Saturdays, Ina has gone on to write hit singles for Shakira, Cher Lloyd, The Pussycat Dolls, and one of the biggest selling X Factor winner’s singles of all time (Impossible by James Arthur, which American artist Shontelle had made a hit in the US a few years previous). She’s also been part of the Nordic duo Ask Embla, writing and singing their Northern Lights album, which became a big success in Norway. And finally last year, it was time to do it alone. “I think I just needed to try it on my own, and that’s always quite scary.”

Ina Wroldsen isn’t the only writer in the music industry who is carving a path of her own. One of the big success stories in 2014 was Sia, an artist who, like Ina, had achieved a very respectable career as a composer for other artists. But when Sia wrote the song Chandelier, she regarded it as being too good to give to anyone else, and so kept it for herself. It went on to become one of the biggest global hits of 2014. Did Ina have a similar Chandelier moment with Aliens? “I had the Chandelier moment before I went into the studio. Steve (Steve Mac, Ina’s long-term songwriting partner) was like “let’s write something for you. Come into the studio a little bit earlier today”. I was so nervous, but the song just fell out of me. It’s about how I feel towards the whole industry. What am I going to do? I’m not a model. I’m not twenty anymore. What’s up?!”

As it stands now, Aliens has thus far been a hit record only in her native Norway. But when the song turned out as good as it did, was there ever a temptation to give it to an international artist who could have made it a success all over the world? “Me taking it for myself was a bit of a risk. We thought perhaps we should give it to this person or that person. But I was quite adamant that it is my song, and so I kept it. And it was important for me to keep it. Aliens has a very fresh sound and it’s very self-referential. And I probably would have had a problem with anyone else singing that song. If Miley or Little Mix had taken that song, it would have been tough for me.” 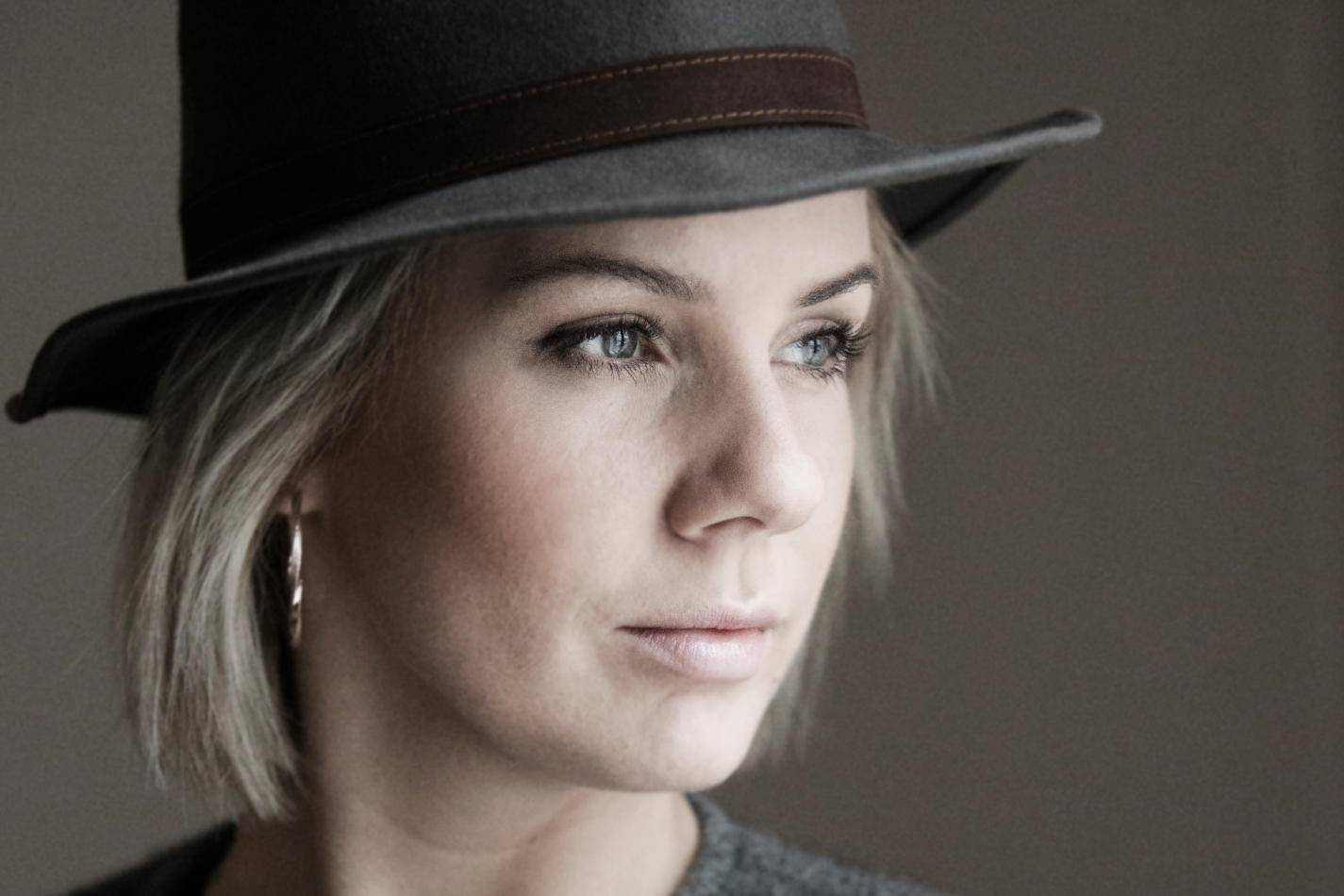 Originally from Oslo, but moved to England – is Ina starting to think she might head back to her Norwegian roots? “I’m really torn. I’m an anglophile! I’d love to live in Norway again though. I miss it so much. But then when I’m over there I miss it here.”

Between Scandinavia and the UK

Readers of Scan Magazine will be well familiar with the idealisms of living in Scandinavia. So what makes a Scandinavian head in the other direction, and take up a life in the UK? “I just felt like I needed to spread my wings. But it’s only since living here that I realise how much I miss Norway and how good we have it. A lot has happened in Scandinavia in the seven years I’ve lived in London. I go back to Oslo quite a lot now, and the city has been transformed from when I lived there. It just looks stunning now and has a whole metropolitan kind of feel to it.” If Oslo is a totally different place now to when she left it, is Ina starting to think she might head back there one day, for good? “I’m really torn. I’d like to move back to Norway. But I married an Englishman, and I have a son who is in school here. And I do love English culture and English history so much. I’m an anglophile! I’d love to live in Norway again though. I miss it so much. But then when I’m over there I miss it here.”

A culture of success

From outside Scandinavia looking in, it seems like Swedish songwriting talent is getting all of the attention. As one of Norway’s most prolific songwriters, does Ina think that her country is going to catch up on their neighbours? “We are quite far behind. In Stockholm seven years ago if you were a songwriter, you could live there and do that. You couldn’t if you were in Oslo. But now there are a lot of fresh producers and really cool talent there. We don’t have that culture of success that Sweden has, which then results in our confidence being lower. When I started with music, I was told that this is all very good but ‘when am I going to start school’. So we are behind. But it’s coming.”

And if it’s coming, then Her er Jeg would be a very suitable catchphrase for its arrival.