Nominated H.E.R and over 30 million plays of the top-five hit, One Last Time, with Polish DJ Gromee, Jesper Jenset has most definitely found his groove. Scan Magazine spoke to the Norwegian pop singer and producer about learning, trusting, and having fun.

It is all so familiar: that tender background music, a close-up shot of a nervous face, the first trembling notes, then one of the judges shaking their head in disbelief at the discovery or such a raw gem. Swedes Agnes and Tove Styrke both did it, as did Norwegian Margaret Berger. Both Måns Zelmerlöw and Astrid S competed and ended up in fifth place in their respective seasons of Idol – and so did the next rising star on the buzzing Norwegian pop sky: Jesper Jenset.

‘I just wanted to have fun’

Perhaps Jenset’s story is a tad different, though. Idol very much served as a springboard for greater things for him – but he maintains that he never really harboured any dreams of pop stardom. “I didn’t really know much about music,” he begins, answering the phone at the record label headquarters in Oslo. “I always enjoyed music as a kid, listened to pop music in the car on road trips and loved catchy melodies – I’ll regularly have flashbacks to listening to Stevie Wonder or Michael Jackson now when I’m writing – but I was a lot like any other kid, just wanted to have fun.” He grew up in a small town in Norway and learnt to play the guitar at an early age, alongside a gymnastics hobby that saw him represent Norway as part of the national squad. “I learnt a lot from the gymnastics as well,” he reflects. “It’s a very competitive sport, and you have to be incredibly focused to keep learning and growing. I use that in music making too.”

Idol, in other words, was not so much a case of a door opening to a world of opportunities – though it did that too – but it was almost like a new universe to the then-17-year-old, this world of music that he had never even dreamt of. That changed quickly, of course, along with the opportunity to work with seasoned professionals. “I found myself in the position of being in sessions with very talented people who had a lot more experience than I did, so I started picking things up and asking questions. It was immensely valuable for me,” he says with unmistakable gratitude. “I think up until that point, it was just a hobby for me – but then I realised that people like what I do and that I can actually live off this, which is amazing.” 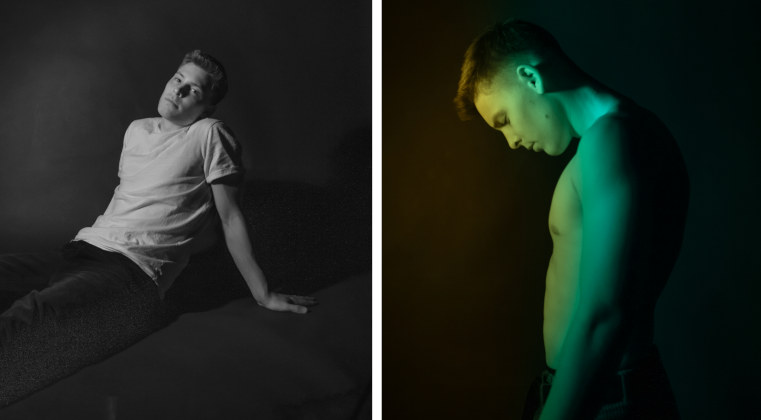 While Jenset’s first few hits – including High in 2016 and Lies and Painkillers in 2017 – were all created alongside more experienced producers, he says that it is only in the last year or so that he has really found his own sound, along with the confidence required to trust his own musical instinct. “I still get help; I want the music to be as good as it can possibly be, but I’m using my own ideas more, and I’m definitely keen to be more in control of the process now,” he says. “We’re all influenced by other people, but I do think a part of the reality of being an artist is to be a little egocentric and trust your own opinions and ideas – because at the end of the day, my music needs to come from me. It’s a beautiful thing to get to have that freedom.”

Beautiful indeed – and a winning concept. Waves Vol. 1, the five-track EP that the singer and producer says was the first body of work where he was able to do everything exactly the way he envisaged it – his baby, as he calls it – was released last year, followed by exciting collaborations and co-writes with artists including US DJs Lost Kings and fellow Norwegian Unge Ferrari, as well as successful singles such as Bad Vibrations, which became his breakthrough in Sweden. As the second single – Blue Flag / Fun Things – drops from the second EP in the series – Waves Vol. 2 – the young Norwegian is on a high of millions of streams and sold-out gigs, and it certainly feels like he has gone from dance-pop newbie to unquestionable songwriter and producer with a natural penchant for honest pop tunes.

That there is a certain something in the air in Norway right now is hard to deny, with global pop hits being pumped out like it was the only thing the nation had ever done, and Jenset describes it as “inspiring” and the scene as a place where everyone knows everyone but also hypes up and supports each other. Just like he had a thing for catchy melodies as a child, he poses that perhaps that pop sensibility in Scandinavia comes from a tendency to focus on melody over lyrics, a result of not being native English-speakers. Indeed, it seems apt to suggest that, from here on in, the term ‘Scandi pop’ should be considered a bona fide genre in its own right, and with its own sound – a genre Jenset certainly fits right into. For him, a young man who seems like a complete natural in the industry, it is all about – perhaps like the little boy he once was would have said – having fun: “Writing for others means you get to be a chameleon – you meet loads of fun people and get to work with different kinds of music, which is great,” he enthuses. “But first and foremost, I love being an artist, being on stage, and getting my music out there.”

Find out more about live shows and new releases by following Jesper Jenset on Facebook and Instagram.