Ageing pop fans might associate Neneh Cherry with the 1989 super hit Buffalo Stance or perhaps the smooth 7 Seconds from 1994, but her music career started with a protest song, Stop the War, in 1982, and last year she released her fifth solo album, Broken Politics. As the Swedish singer turned 55, Scan Magazine spoke to her about belonging, a world in turbulence, and music as a medicinal journey.

“We were quite different in our family. I think when you came into our house, it was like ‘wow, this is something else’,” says Cherry about her childhood, growing up in a big house in the countryside in southern Sweden – a house the family still holds on to. “I mean it was questioned a lot as a child, where I was from, so in that sense I became a bit of an outsider. But now I’m just grateful for how my mother and stepfather raised us, that we got to grow up the way we did, without so many limitations – I feel rich.”

Born in 1964 as Neneh Mariann Karlsson, the daughter of painter and textile artist Monika ‘Moki’ Karlsson and musician Ahmadu Jah, Cherry has three half-siblings: the well-known singer Titiyo and producer Cherno Jah from her father’s subsequent marriage, and the commercially successful singer Eagle-Eye Cherry from her mother’s side, where stepfather Don Cherry also introduced two step-siblings, also musicians. With her new stepfather teaching in the US, the family ended up moving and travelling a lot. “I think my cultural identity has been a bit all over the place,” she says. “I had phases in New York throughout my entire childhood, and that was an important part of my cultural grounding – that I wasn’t so noticeable, because there were all these other people of the same colour. But I’m not American. When people ask, I say I’m Swedish.” 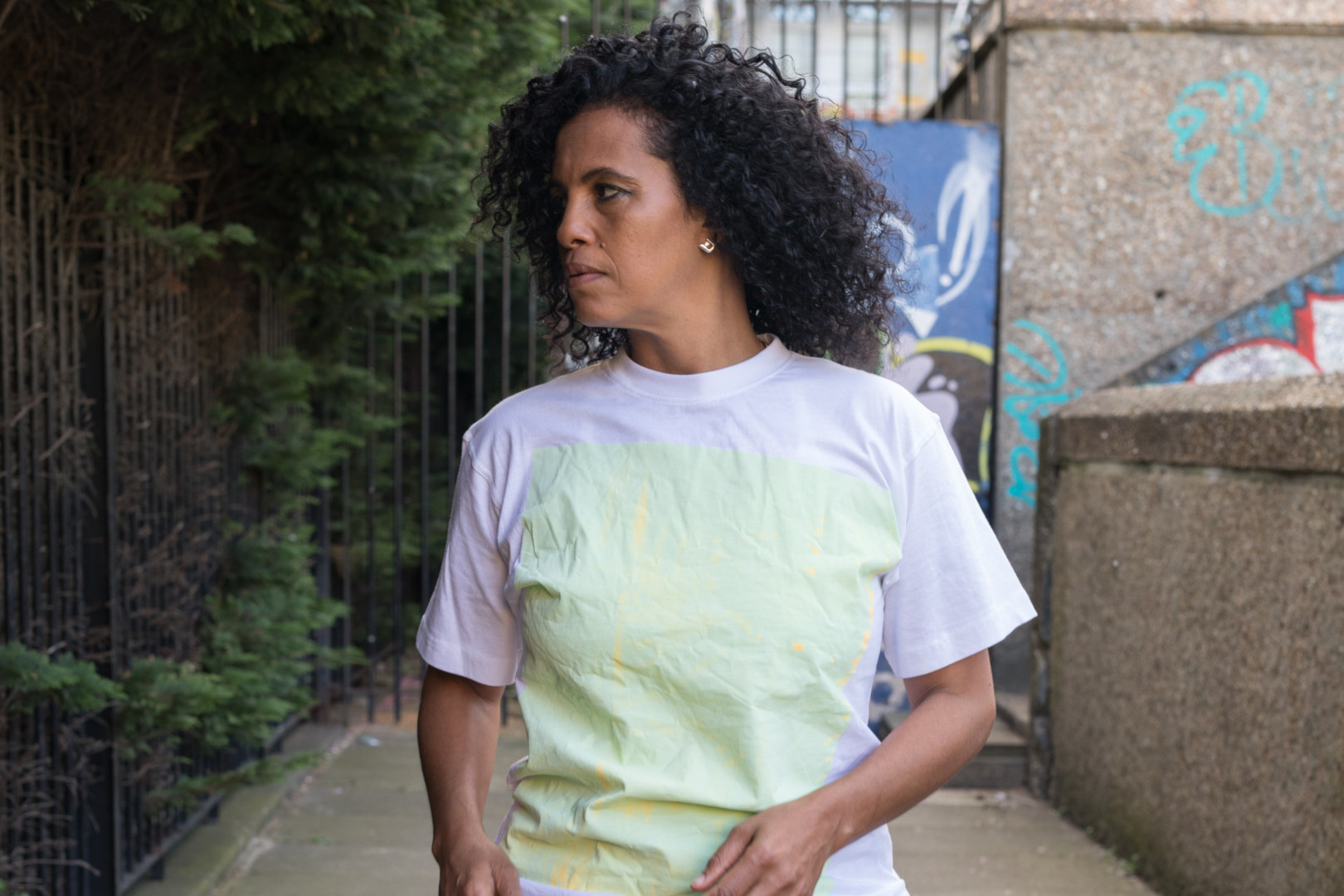 From post-punk to chart pop

After a trip to London and yet another stint in New York, Cherry ended up relocating to London permanently aged 16, where she found her home on the post-punk scene. Living in a squat in Battersea with The Slits singer Ari Up, she found the freedom to write poetry and music. “It just felt right – I was so lucky, because I really found like a family there,” she says. “I guess I was pretty well-equipped and had a good feeling for how to create a home. I took care of myself quite well.”

A few years later, after singing in the post-punk band Rip Rig + Panic, she started being dubbed as the next Madonna. She was signed to Virgin and her successful debut album, Raw Like Sushi, came out to great acclaim, presenting a unique sound blending pop with hip-hop and punk tendencies – a sound occasionally present in her music still today. “I feel like I don’t have to think about fitting into a box now,” she says when asked about that special brand of sprawliness. Raw Like Sushi and Homebrew were poppier, but I still bring with me parts of all the recordings I’ve done – there’s little bits of everything in there. And it feels nice not to have to squeeze myself into any special place, to just let it be what it is.”

You could say that, in many ways, not much has changed. She still lives in a home that’s bursting at the seams with friends and music and community – now in London’s Notting Hill with her partner and collaborator Cameron McVey – and she still appears to be taking quite good care of herself. She has, however, been through a lot in recent years, with the death of her father, her mother, and her stylist and close friend, Judy Blame. Music, she says, has been her medicine. “I heal through music. I get to new places within myself and process a lot through my music. Even if I’m singing and using words, there are things that can’t be expressed with words – and while I’ve been through all these weird things you go through as a human being and as a woman, I also feel really free,” she says and pauses. “It’s nice to feel unfinished, like there’s so much left, and the new album was a hugely important part of that journey – to move on, to go through the hard stuff and maybe get to a new, better place.” 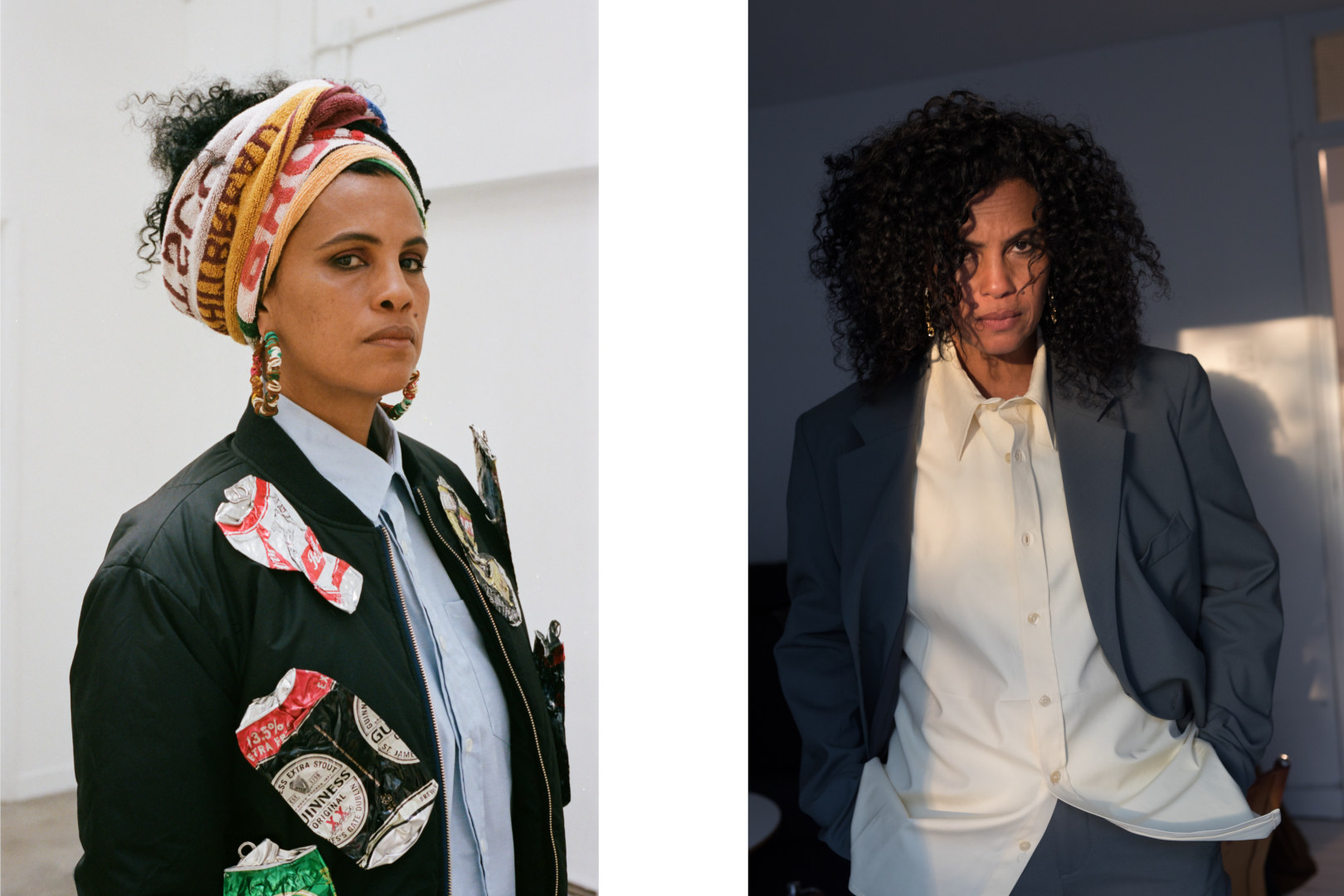 Facing her 55th birthday, the singer has certainly been on a journey but, yet again, has managed to avoid that box, avoid being labelled as mature or irrelevant. “I’m going through the menopause and have been struggling with all the stereotypical pitfalls women my age have to deal with, and I’ve been quite shocked about the feelings of redundancy I’ve had with regards to my sensuality and womanhood,” she says plainly. “And at the same time, I’m starting to feel like I’m getting so much back, that I can celebrate that I’m a woman who’s given birth to three children, and life is up and down, and I can still riot a little – I’m still a bit of a rebel.”

Cherry insists that the songs on Broken Politics are not political anthems, yet she acknowledges that her lyrics always reflect what’s happening around her and that she struggles not to think about the current state of world politics. “My songs are about what it’s like to be a human being, from my point of view. And when you try to work stuff out and try to express things about life, it becomes a platform,” she reflects. Recorded over five days in Woodstock and produced by Four Tet, the album is an eclectic mix of jazzy sounds and trip-hop effects, kalimbas and vibraphone. And if the songs are not political anthems, they certainly play a part in her own small riot in some way, as they cover themes such as gun culture, the refugee crisis and abortion. On the Poem Daddy interlude, she even lifts lines from Blessed Are Those Who Struggle by The Last Poets: ‘Blessed are those who struggle / Oppression is worse than the grave / Better to die for a noble cause / Than to live and die a slave’. Her sound is at once immediately recognisable, and simultaneously a universe away from the radio-friendly pop tunes that made her a household name back in the late ‘80s. Broken Politics is either for a more mature audience, or for a more mature world – possibly both. In the right context, the songs are goosebump-inducing in their honesty.

But it’s when Cherry talks about people, about family and community, that her heart seems to lift. “It’s all about community, absolutely,” she says. Even now that we’re on the road with the new band, we’re like a family: we travel together on the bus in a lovely way, we cook together and I think it’s what comes naturally to me, it’s how I’ve always survived in this mad world. You just have to surround yourself with the right people. That love is everything.”

Top Nordic female artists of the ‘10s to be inspired by