Traditionally, melancholy has been the flavour of Finnish art, but Paavo Stenius flies in the face of preconceptions with his bubbly personality, contagious optimism and a portfolio of delightfully quirky paintings that stem from nothing but the sheer joy of living.

It’s been said that there are two kinds of artists – those who want to become one and those who have to become one. The latter is true for Paavo Stenius, who left his career in nursing in order to paint. “I felt that I can add more value to people’s lives through my art,” he says.

Today, the Jyväskylä-based artist follows just one guideline: “I only paint when I’m feeling happy – otherwise, I’ll just go to bed,” he laughs. The result is a line of work that has won praise and a growing following – not least thanks to the light-hearted sense of humour that shines through the whole portfolio. 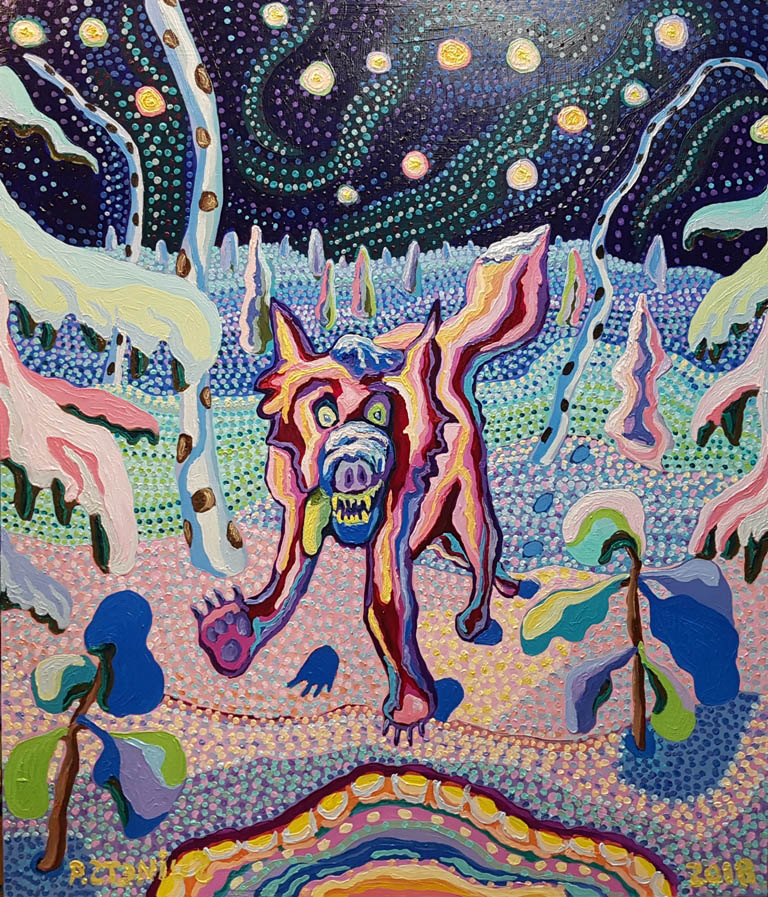 The Long Run of Winter.

The links between art and happiness are a scientific fact. A 2011 University College London study showed that the brain’s dopamine levels and prefrontal activity increase while observing a beautiful piece of art. The neural response is comparable to that of falling in love, no less.

Stenius’ signature style features distinctively Finnish settings seen through a rich filter, and with plentiful quirky details thrown in. It’s in stark contrast against the country’s collective, traditionally more melancholic artistic expression. But, with Finland having been declared the happiest nation on Earth this year, it is perhaps just the right time.

www.paavostenius.fi Read the feature on issuu