Pippi Longstocking: Celebrating 70 years of the strongest girl in the world – and her creator

The year is 1945. Astrid Lindgren, a 38-year-old office secretary and mother of two, has for about a year been trying to get her story of a red-haired, strong-willed and commanding little girl published to the larger masses. One of Sweden’s leading publishers has just turned it down for its controversial content when another publishing house, Rabén & Sjögren, announces a writing competition. The story of Pippi Longstocking wins the first prize, Lindgren lands a publishing contract, and goes on to take the world by storm. Ahead of Rabén & Sjögren’s 70th anniversary of the release of the book, Scan Magazine dived deep into the history of the Strongest Girl in the World – and the remarkable woman who made her come to life.

Rewind to 1941, and Lindgren’s youngest child, her seven-year-old daughter Karin, is ill with pneumonia. Bored and weak from staying in bed for days, she tugs at her mother as she sits down at her bedside. “’Tell me a story!’ she said. I was exhausted that night, so I replied with ‘what should the story be about?’ Her instant answer was ‘Pippi Longstocking!’ I didn’t ask her who that was, I just started telling a story. And because the name was so peculiar, it became a story about a peculiar girl,” notes Lindgren in an interview. The stories about a girl who lives on her own in a large, yellow house, sleeps with her feet on her pillow and is strong enough to lift her horse with only one hand, are an enormous hit with Karin and her friends. When Karin turns ten in 1944, she is handed a very special present from her mother. Lindgren, who has spent the larger part of March that year in bed with a sprained ankle and less than normal to do, has typed down her stories of Pippi in a manuscript. Little does Karin know that her mother’s loving gift is about to become a worldwide children’s book sensation, and more importantly: that it will stay this way for the next seven decades. 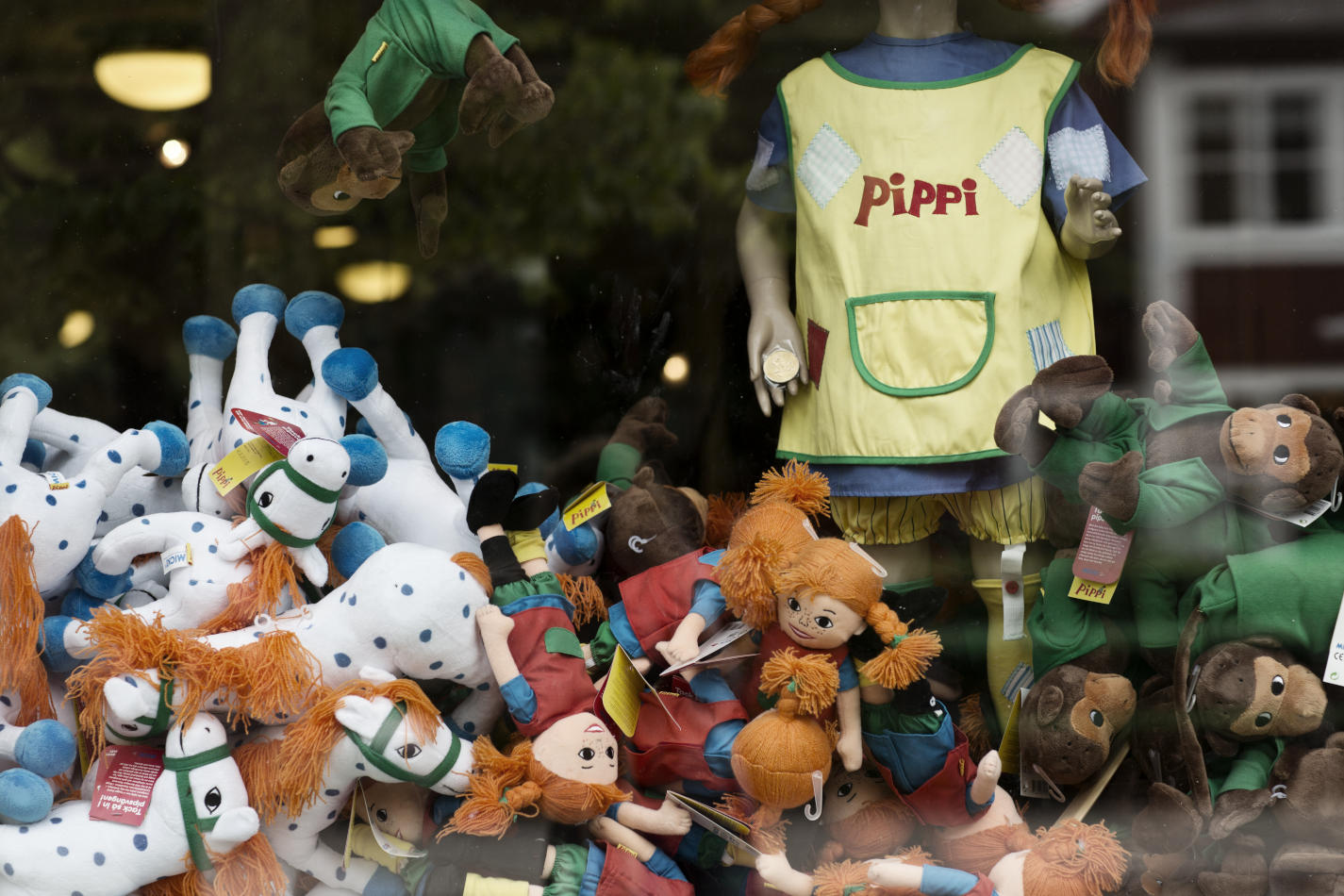 Lindgren – the pacifist, feminist and protector of children’s rights

“Pippi will keep a strong, established presence in children’s lives as long as parents and children read books,” notes Jens Andersen, author of Denne dag, et liv, the first Nordic biography of Lindgren’s life to be published in the last 40 years. “Her language is timeless, and so are her themes and many of her motives. She did not only write for children, but also for the child inside herself, and thus all human beings.” Indeed, Lindgren’s ability to embrace the childishness within and see the world from a child’s perspective defined much of her character – as a writer and a private person. Her son Lasse, whom she had at only 19 years of age, once said: “She was never the kind of mother to sit on a park bench and watch me play. She took part, having just as much fun as me as we played together.” It is undoubtedly this playful trait, which she famously kept until her very last days, which allowed Pippi to come alive.

Andersen, having spent extensive periods of time together with Lindgren’s daughter Karin and other members of the Lindgren family while working on Denne dag, et liv, believes Pippi is to a great extent a reflection of Lindgren herself. “She was created as a result of all that Astrid was: her lighter side and her darker side… Pippi is in many ways a cartoon version of Astrid. A pacifist, anarchist, feminist – full of joy and sorrow. It is this idealistic way of being that makes Astrid so intriguing, not only in her art but also in her passionate engagement with society. After writing almost 40 children´s books, at the age of 70, she started a brand new career as political activist, fighting tax laws, speaking up for environmental issues, animal protection, immigration and many other things.” 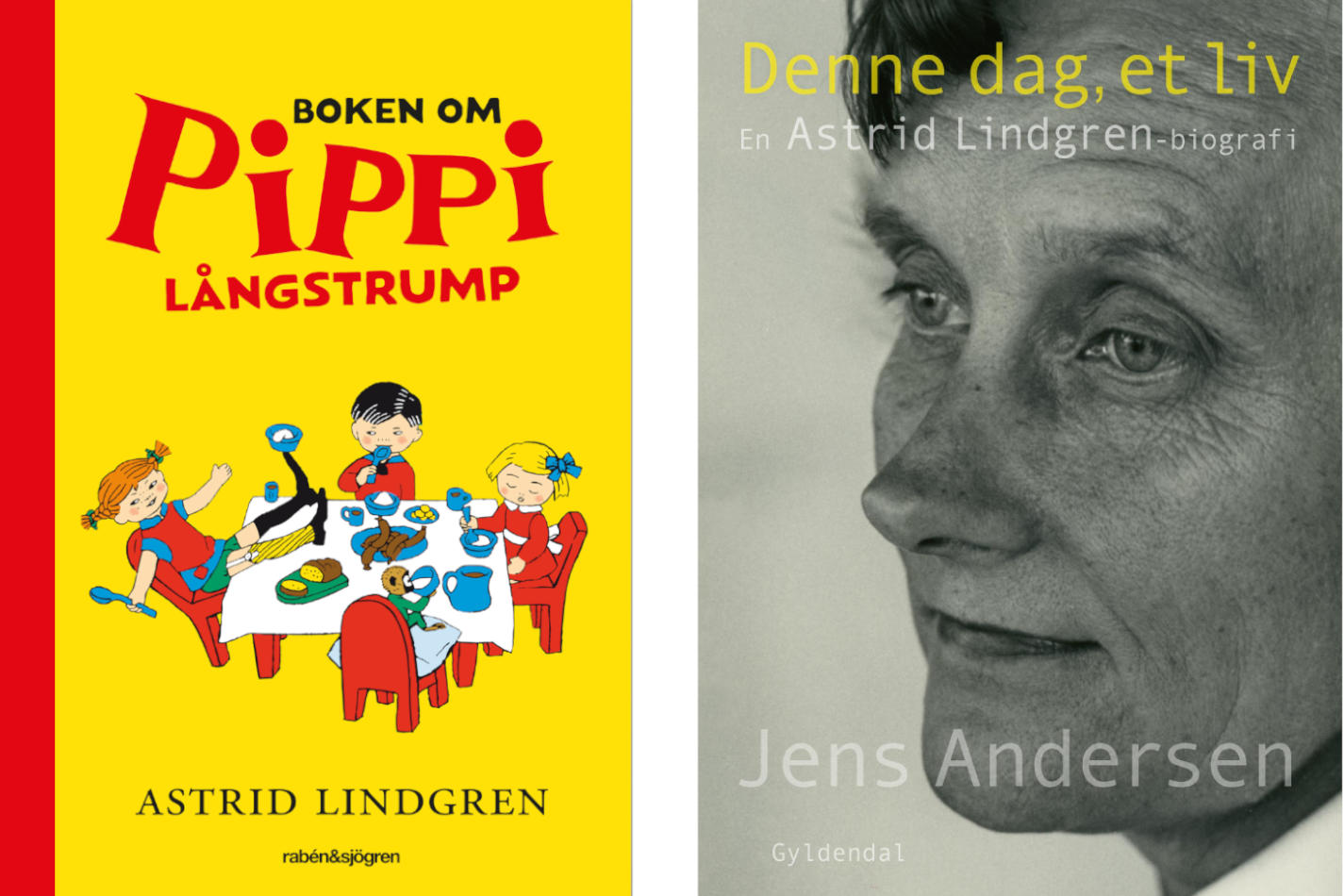 Today, 70 years, 70 language translations, 60 million copies and several film and television adaptations later, Pippi Longstocking (full name: Pippilotta Delicatessa Windowshade Mackrelmint Ephraim’s Daughter Longstocking) is more popular than ever. She is often mentioned as a role model in feminist contexts, showing girls and boys of all ages that power and free will have little to do with gender. By and large, her striking characteristics have a strong relevance to the modern day. “What constitutes Pippi’s timelessness is her revolutionary way of being and behaving. She is anarchist and anti-authority, with a deeply rooted goodness. She is powerful, but would never abuse this power – something political leaders all over the world could learn something from. And don´t forget that feminism is not some old-fashioned question: we still need Pippi power in a man-dominated world. Just ask young girls, their sisters, mothers and grandmothers!” muses Andersen. There are few signs the power of Pippi and the legacy of Astrid Lindgren will ever peter out. Or, as BuzzFeed concisely noted in their article 19 Reasons Pippi Longstocking is the Ultimate Powerful Woman: “She can lift a horse. Game over”.