When Rachel Brathen graduated from secondary school, she left Sweden for Central America. Little did she know that, all these thousand miles away, she would find a love for yoga, a home for her future family, and the determination to start what would grow into a hugely successful global wellness brand. Scan Magazine caught up with Yoga Girl to talk about mental health, life as a mother, and yoga as a tool for healing and wellness.

It is 5am and completely dark. The kettle is boiling. Rachel Brathen’s daughter will sleep for another couple of hours, but Brathen herself is up, makes a cup of herbal tea and sits down on the terrace to meditate. As the sun starts to rise, she gets onto the mat for some yoga – and when she feels done, she makes coffee and breakfast.

“I’ve always been a night-owl, so making this shift has been hard. I love staying up late, chatting and drinking wine,” says Brathen. “But since Lea was born, I’ve had the realisation that I always prioritise her above everything else and above myself. I end up at the bottom of the list. When she’s well and happy, when the house is clean and my husband happy and all the work done, then maybe I’ll get to looking after myself – it’s not healthy. Getting up early means I have this time that’s just for me, completely uninterrupted, and then when she wakes I have a whole new calm and can focus on her 100 per cent.”

But her morning routine is not the only thing that has changed since Lea Luna came along, now 17 months ago. Brathen was in her late teens when she went to Costa Rica, a keen meditator with scoliosis and other back problems. Yoga was for nimble, agile people, she thought – not for her – but when someone mentioned that it would suit someone who likes meditation and that it might help her back pain, she agreed to give it a try. It was not the kind of love at first sight that some yogis describe, she recalls, but the fact that it was the first form of physical exercise that had not made her back worse meant that she kept it up. A couple of years later, she was practising yoga daily and loving it, and when colleagues started asking her for advice and tips, she ended up teaching small classes among friends. “I wasn’t a teacher as such; I just talked and they followed,” she says.

Then she moved to Aruba, and a new life awaited. “I had my boyfriend there and wanted to start a new chapter, and I thought, ‘yoga is the best thing I know – that’s what I want to do’,” she explains. “So I started training to become a teacher, and the rest sort of took off from there.” The rest, in that context, is a prosperous, global business based around her brand Yoga Girl, with close to three million social media followers and a reputation as one of Sweden’s biggest wellness profiles. Now boasting a successful blog, her own book, podcasts, a YouTube channel, a range of retreats and workshops and an entire platform of online yoga tutorials for all levels and purposes, it is already huge – and growing.

“It kind of got a life of its own at the beginning, and for a number of years I felt like I could never really keep up. It all happened too quickly and I was always one step behind,” she says. “I’m not very good at delegating; I like control. But when I got pregnant, I realised that I wouldn’t be able to give birth and be a new mother and do everything myself, so that’s when I started planning in a more structured way – everything from setting clear goals for what the brand should be to recruiting new staff to support me.”

Perhaps motherhood was a blessing for Brathen in more ways than one. Her holistic approach to yoga and openness in social media about her own mental health ups and downs led to a huge number of people sharing their own struggles with her, sometimes at times of great need. “All these people started opening up about difficult things they were going through; young girls with eating disorders, people who’d lost someone close to them, all these extremely difficult situations. I’d be there at night Googling suicide hotlines and psychologists and healers – it was a lot of pressure,” she says.

Since then, much thanks to the online wellness hub oneOeight, which launched in 2015, she now has the support of everyone from eating disorder experts to bereavement counsellors and relationship gurus, making sure that all the online community’s needs can be looked after appropriately. “It’s become more like a Netflix for yoga now, but initially, my vision for oneOeight was for it to bridge that gap and make sure that all these people who needed support could be looked after. And I think we’re doing that really well now, while also building a community,” Brathen says, adding that many of the people who join the network are there for nothing but daily yoga and a way to bring their practice with them wherever they go, be it hotel rooms or their own home. “In the past, I would’ve carried a lot of this on my shoulders, but now, say in the retreats I teach, it’s the group that supports the group. When we say goodbye, they keep in touch forever.” 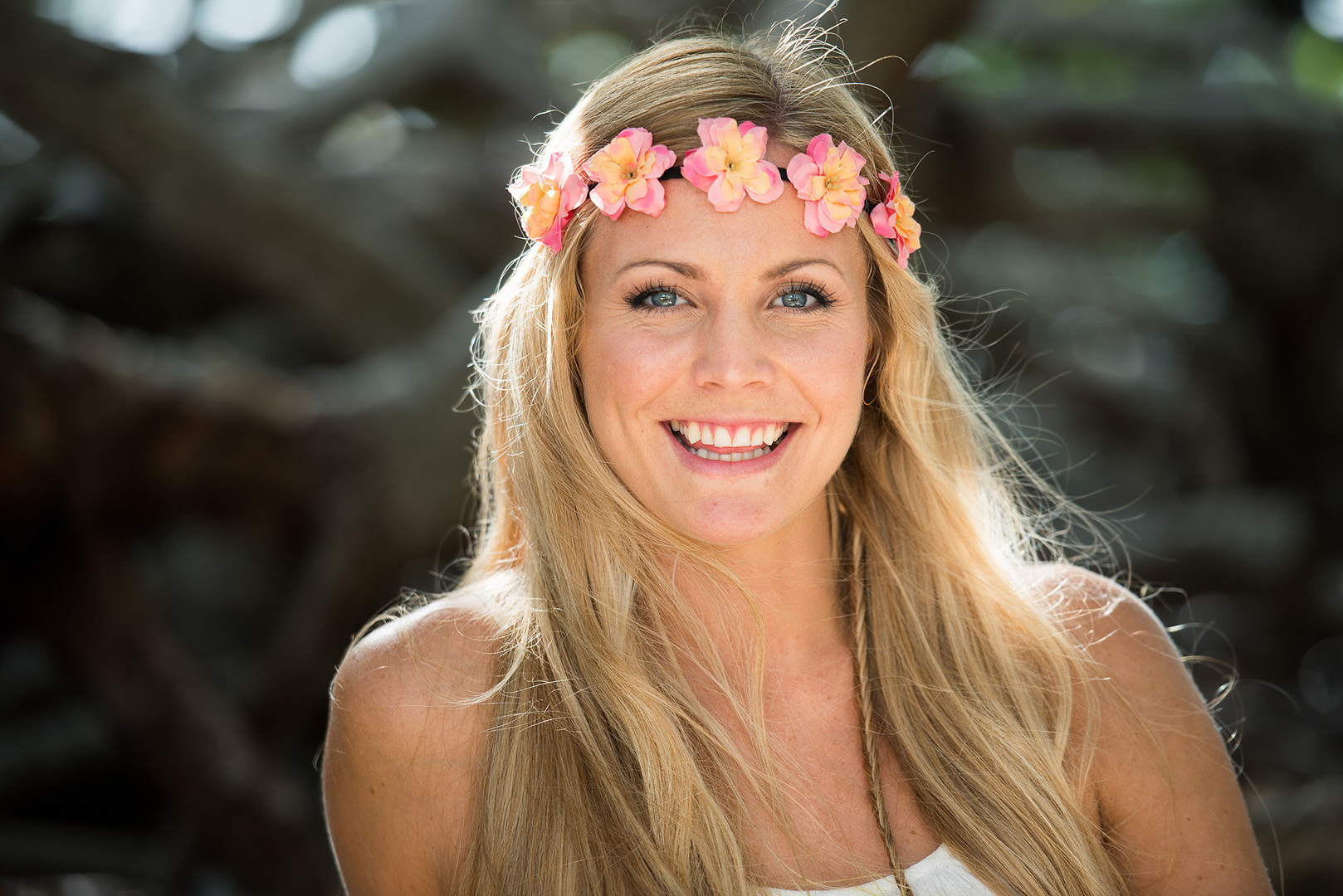 The life she lives now on Aruba, very much combining family life with running her business, she sees as a blessing; she mentions how her peers in the US would get six weeks of maternity leave before returning to ten-hour working days. She has instead, as she puts it, “taken the Swedish model to the extreme”, by which she means that she only relies on childcare in as much as it feels right for Lea, also having a baby room in the studio and allowing the lines between the world of family and work to blur.

Yet while that balance is reasonably new, she does not regret opening up the way she has been and still does, despite the difficulties that brought on. “Mental health is the most important part,” she insists. “Plus, I realised early on that the more genuine I am, the more I’m able to connect with people. Social media can get quite shallow and unintimate – the more I give, the easier it is to create real bonds. The body is a great tool, and we can work with it to heal emotional wounds, but yoga is just a means; a means available to young and old, including those who are stressed or injured – a means available to everyone.”

– Find a teacher or a studio where you can go in person. Yes, you can take yoga tutorials online, but it is so important in the beginning that you have a teacher you can learn from, especially if you have given birth or are in pain. The community you get at a studio is a wonderful thing too, and then you can mix it up with home-based yoga.

– Focus on how it feels, not what it looks like or what you think it should be like. If it feels right, it likely is. All these photographs of super yogis on Instagram – ignore all that!

– Nothing is more important than learning to breathe. Much of what we do on the mat, we can apply to life off the mat. When you are having a bad day, you can return to your breath and stop things spinning. Nothing is more valuable than that.

– Start at your own pace. Be patient and consistent. It is better to practise once a week and do it properly than do it five times and then drop it. Give it time, at least a month, and you will feel the benefits.

Read the blog and find information about retreats and talks: www.rachelbrathen.com 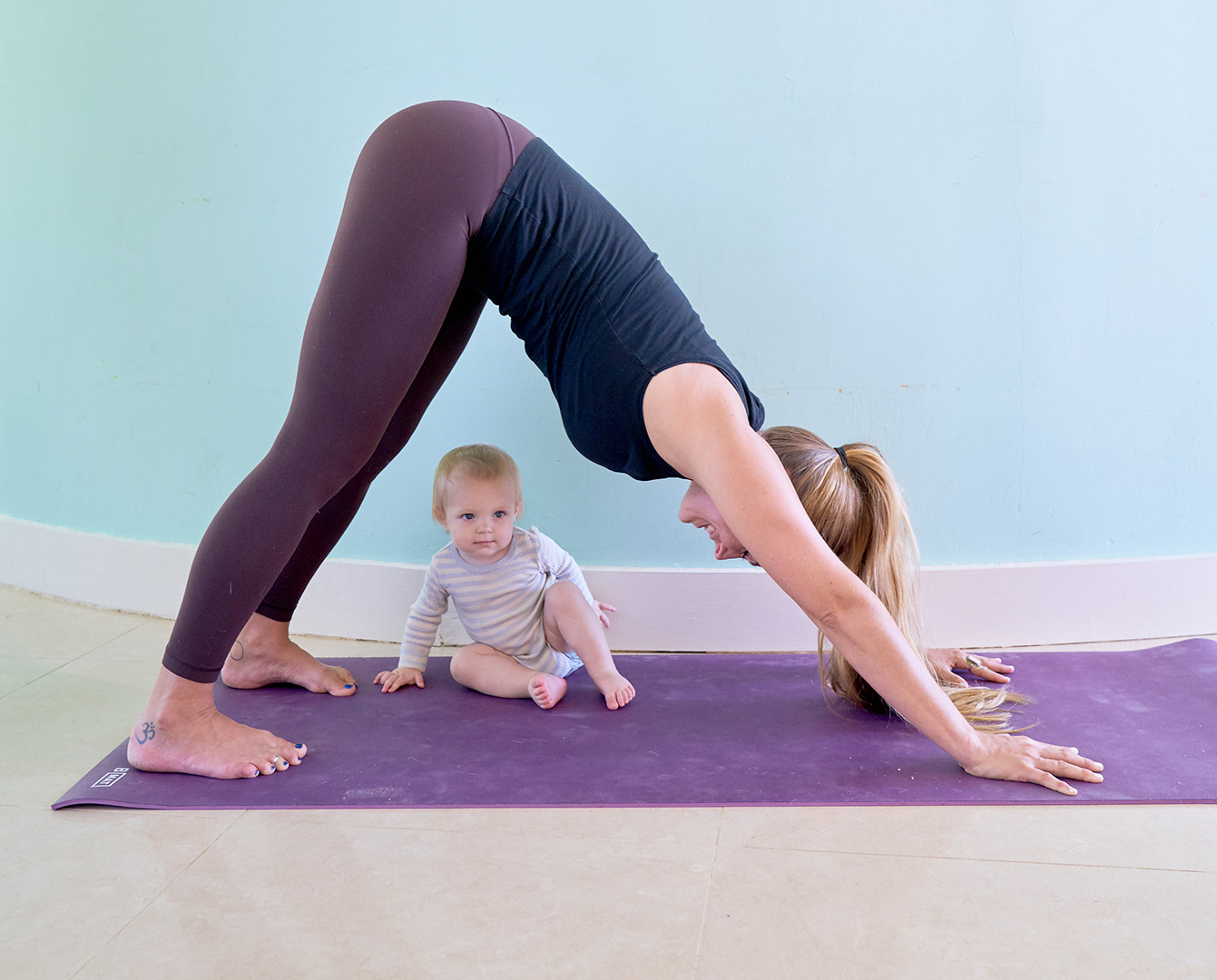