1. Garbo, Bergman, and the art of silence

Swedish Hollywood superstar Greta Garbo and renowned director and screenwriter Ingmar Bergman never actually worked together, despite both being known for the same understated, melancholic, dark expressions. But they were both highly influential and lauded in the world of cinema, and both central to the view that was emerging throughout the world during the 1900s of Sweden as a sombre but picture-perfect place.

Sweden may be the country with the second most Eurovision wins, but few victories compare with that glorious 1974 glitter fest, when ABBA won with Waterloo. No Swede has ever mentioned being Swedish outside of Sweden since without someone exclaiming, ‘Oh! Sweden! ABBA!’ So long, Bergman-esque bleakness; this is glam and glitter all the way.

We’ll bet money that, if you were young during the ‘90s, you know most or all of the lyrics to Ace of Base’s All That She Wants, Whigfield’s Saturday Night, Rednex’ Cotton-Eye Joe and Aqua’s Barbie Girl. The list goes on, and while it’s hard to say exactly what it was that made the Scandinavian ‘90s pop era so illustrious, illustrious it was – and with a bit of hindsight, we can even take pride in it. 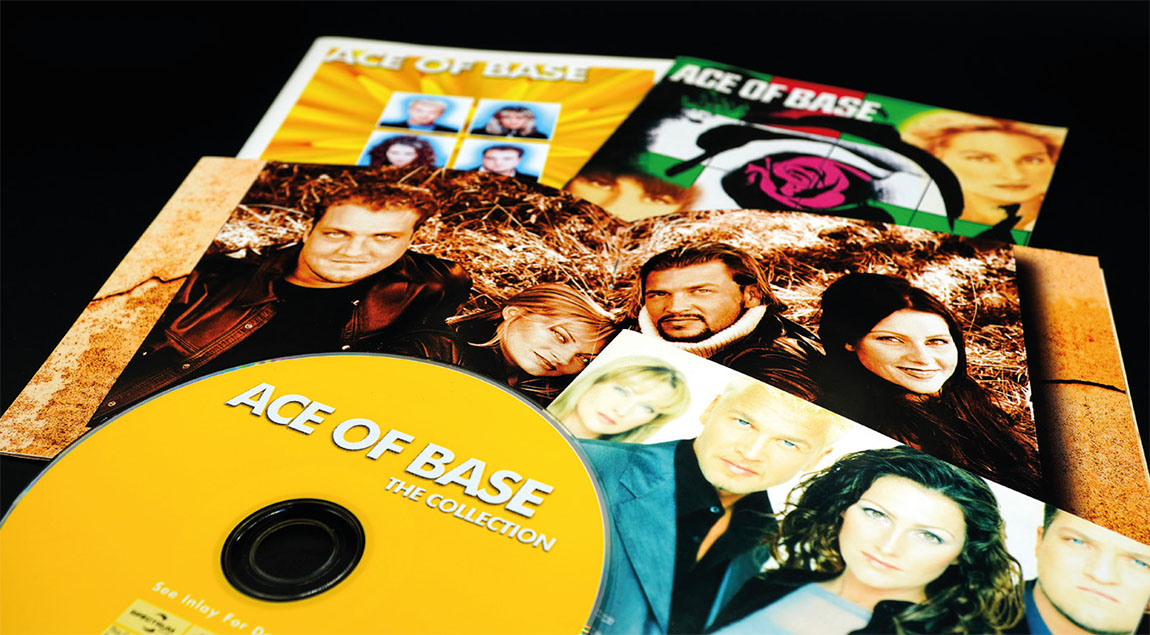 Ace of Base albums and artwork. Photo: Shutterstock

It started with Beck and Wallander, but it was perhaps The Killing that sealed the deal, with The Bridge crowning Nordic Noir as not just a craze, but a wide-spread succession. Versions of the Sarah Lund jumper popped up in every high-street fashion shop and tourists flocked to Malmö to do the tour and visit the bridge itself. With strong yet three-dimensional female heroines moving through well-designed, minimalist environments, some say Nordic Noir did more for Brand Scandinavia than any consciously commissioned branding campaign ever will.

5. Spotify and a new way to consume music

Love it or loathe it – as the first music streaming service to offer a subscription model and unlimited streaming, Sweden’s Spotify might just have changed the way we listen to music forever. Arguably, while the streaming giant took a bit of a hit on the stock market initially, it’s likely that not even Neil Young and Joni Mitchell withdrawing their back catalogues in response to a certain podcaster’s approach to pandemic analysis will change the fate of the music listening market.

6. Hygge and other lifestyle trends

Fancy some ‘hygge’ with that cup of tea, or some ‘lagom’ with your daily bike ride to work? Why not top up on ‘sisu’ during a particularly challenging hike, or soak up on easy-going ‘friluftsliv’ with some mushroom foraging? Some of last decade’s Nordic lifestyle trends were more successful than others, but together, they helped to cement the reputation of Scandinavia as a cosy, balanced, healthy haven of nature and equality. 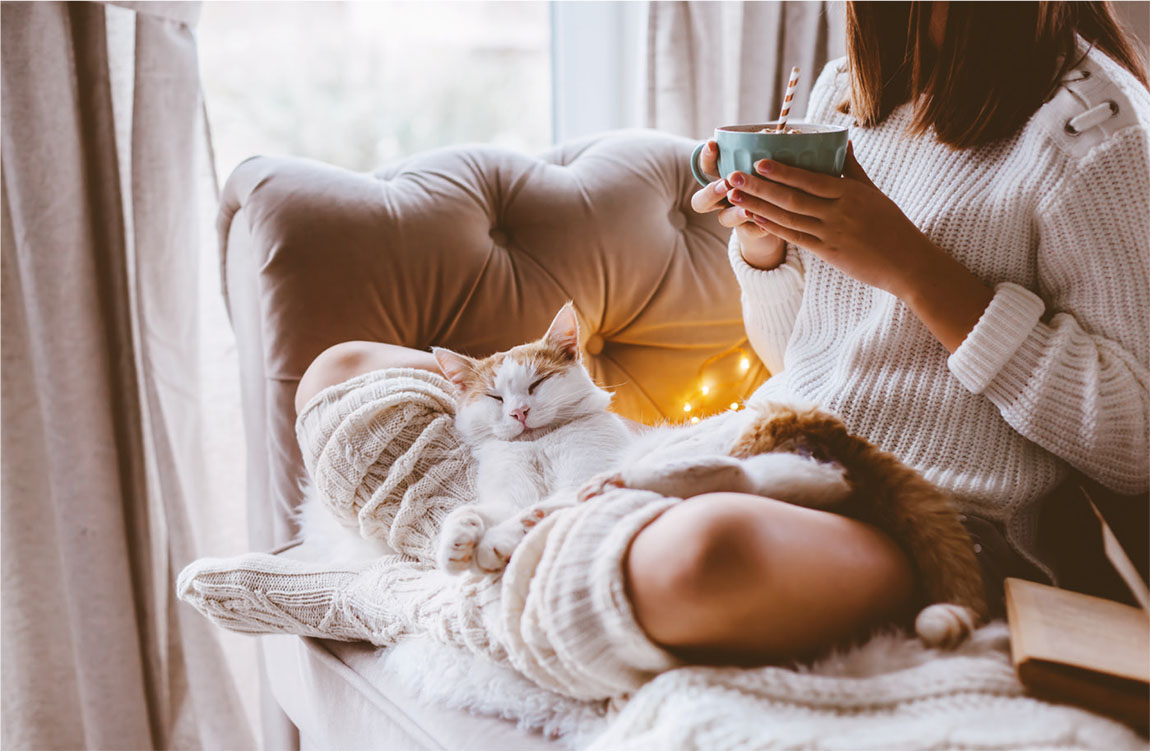 7. SKAM and teen culture from Norway

Less ridiculous than 90210, a million times more real than Buffy The Vampire Slayer, and years ahead of Sex Education, Norway’s SKAM (which means ‘Shame’) became an overnight hit, depicting in raw and honest and sometimes uncomfortable ways the challenges and thrills of teenage life. Covering everything from sex and eating disorders to religion, homophobia and, naturally, love, it simultaneously manages to showcase some of Scandinavia’s greatest strengths, but in subtle ways that truly pull on the heartstrings.

When Sweden’s then climate minister Isabella Lövin tweeted a photo of herself signing a climate bill surrounded by only female colleagues, including one heavily pregnant, which very clearly mimicked that of then US President Trump signing the abortion global gag rule surrounded by suited men only, there was little doubt that she knew what she was doing. And sure, that’s politics, not culture, but in the context of a Swedish government that promoted itself as explicitly feminist, in the very same year that the #metoo movement was eventually reborn, we’d like to insist that the move was not just political but also very much cultural indeed.

Did you know that Arendelle, the home village of princesses Elsa and Anna from Frozen, was based on a number of different Norwegian locations? It may have been subtle at first, but with the roping in of Norwegian Aurora on unmistakably Nordic backing vocals for the Frozen 2 theme tune, Into the Unknown, Disney made it clear beyond doubt that the magical universe that’s home to Olaf and Sven (as if the names didn’t give it away) is Scandinavian and nothing else. 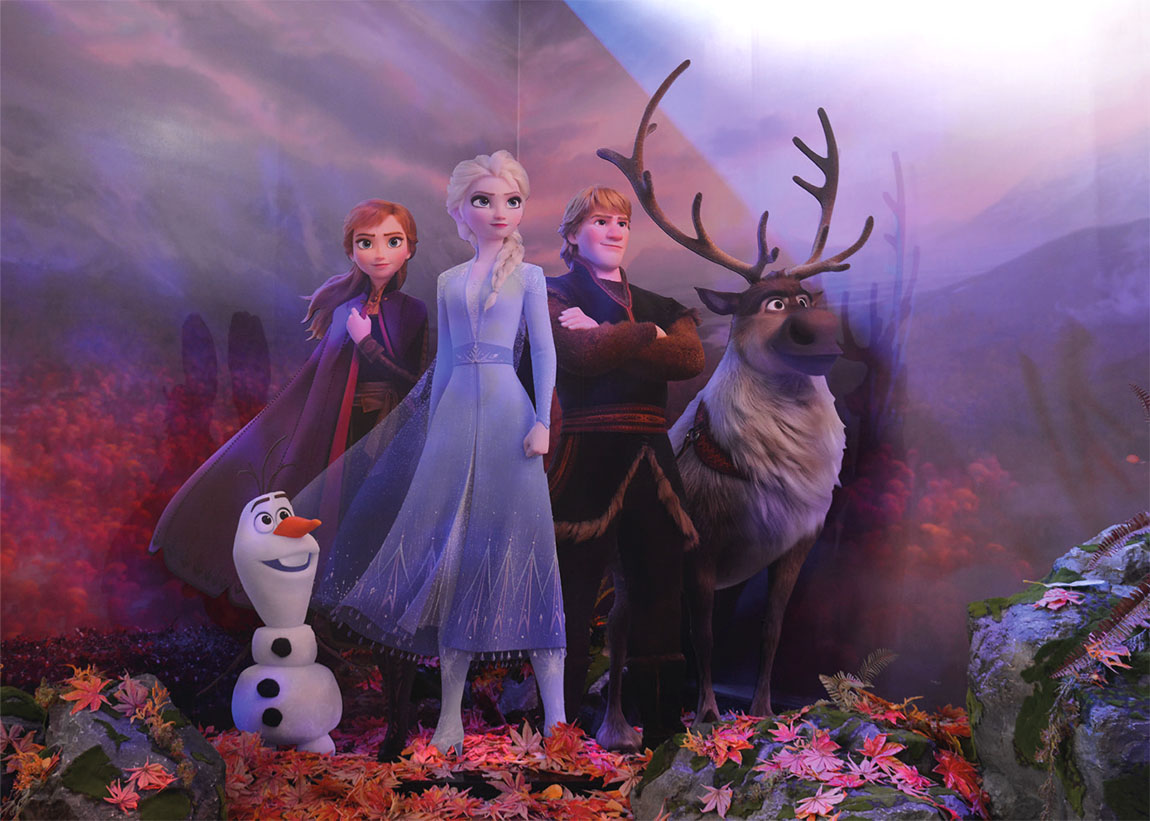 We’ve had Scandinavian wildcards in the Eurovision Song Contest before, but Daði and Gagnamagnið are in a league of their own. Not only was their 2020 contribution to the competition that never happened a true banger that went viral on TikTok, but with adorable, nerd-chic outfits and the pansexual flag taking pride of place during their video performance for last year’s semi-finals, they immediately won over every queer and woke music fan out there and continue to be a much-loved phenomenon to this day. Credit also to Iceland’s industrial techno band Hatari, who made no secret of their love of queer kink when representing their country at the Eurovision Song Contest the year before Daði and Gagnamagnið took the rein. Perhaps Iceland has found its Eurovision niche?