Inspired by Danish comedy extraordinaire Sofie Hagen’s skit about her native language’s superiority when it comes to communicating extended familial relationships, we list the Scandinavian words we miss most when speaking English.

If you get your arguments in a twist or blurt out something awkward in a meeting, Danes might accuse you of having had a ‘tanketorsk’. ‘Tanke’ means ‘thought’ and ‘torsk’ means ‘cod’, so when you make an embarrassing mistake, you’ve had a thought cod. In Sweden, it’s called ‘tankevurpa’, describing a thought that’s collapsed and slapped onto the ground, sort of, but there’s something about the cod that’s more appealing…

The Swedish word ‘orka’ – ‘orke’ in Danish – means to have energy or stamina for something, be it to cycle up the last bit of a very steep hill or do your homework. It’s most often used to express a lack of energy or motivation: ‘Jag orkar inte!’, loosely meaning ‘I don’t have the energy to do it!’, or simply that you’re not bothered. Recently, the word is also increasingly used as a highly sarcastic cheer. Swedes unimpressed with the country’s new policies might, upon reading more related news, exclaim: ‘Orka, Sverige!’, a way of saying ‘Get it together, Sweden!’ 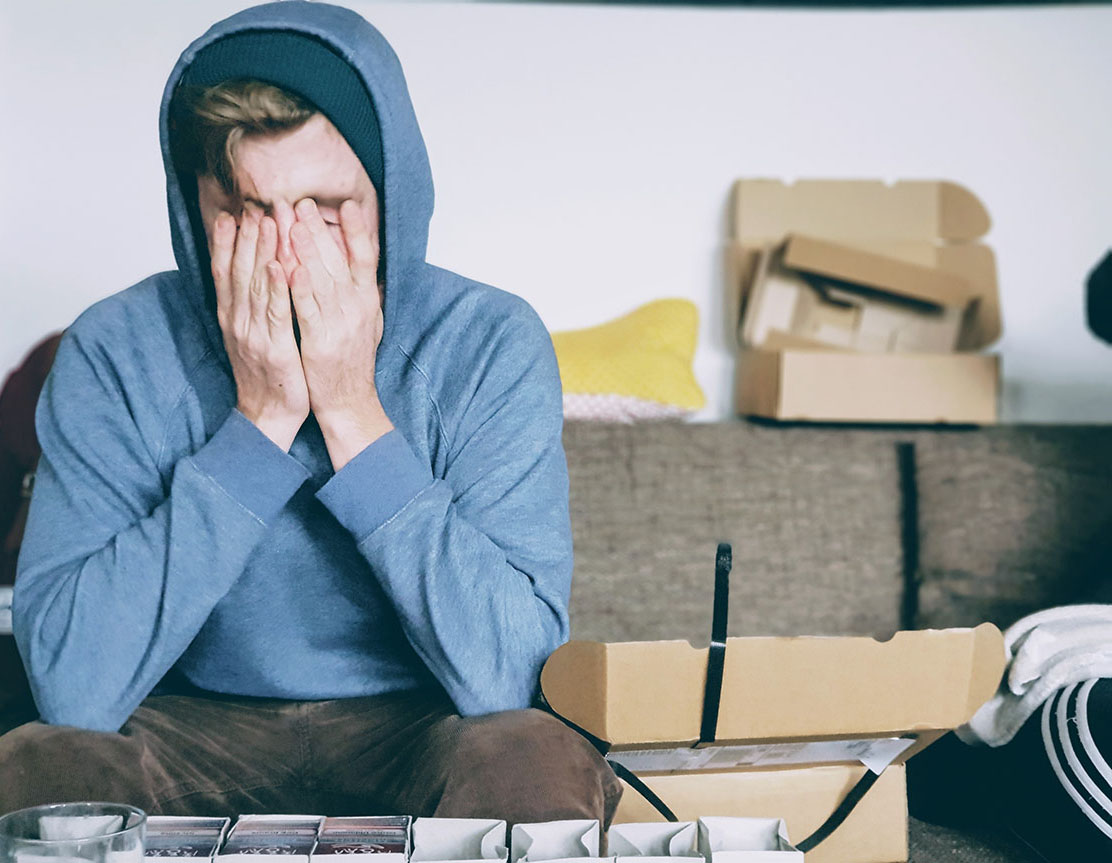 Yeah, yeah, we’ve all heard of ‘hygge’ – but have you heard of the Swedish and Norwegian equivalents, ‘mys’ and ‘kos’? The crucial lesson here is as much about lifestyle as it is about linguistics, as these words are all about cosiness but far more important and commonly used than the English word. There’s the Swedish compulsory Friday activity of ‘fredagsmys’, while no trip to a Norwegian holiday cottage is complete without plenty of ‘kos’. Really, what’s life without cosiness? Admit that you need a verb in your vocabulary for being cosy. Have the Swedish ‘mysa’.

Google Translate will tell you that these words mean ‘job satisfaction’, but the Danish ‘glæde’ and Swedish ‘glädje’ don’t mean satisfaction – they mean joy. The joy of working, or work happiness – why is there no word for it in English? There’s a philosophical discussion right there, waiting to be had.

What do you call someone who’s deeply passionate about what they do, someone whose drive and spirit shine so brightly it’s just awe-inspiring? In Scandinavia, we call them a fire soul – ‘ildsjel’ in Norwegian, ‘eldsjäl’ in Swedish. Seriously, they’re so passionate their soul is on fire. Can you think of a better, more poetic way to put it? We’ll wait. 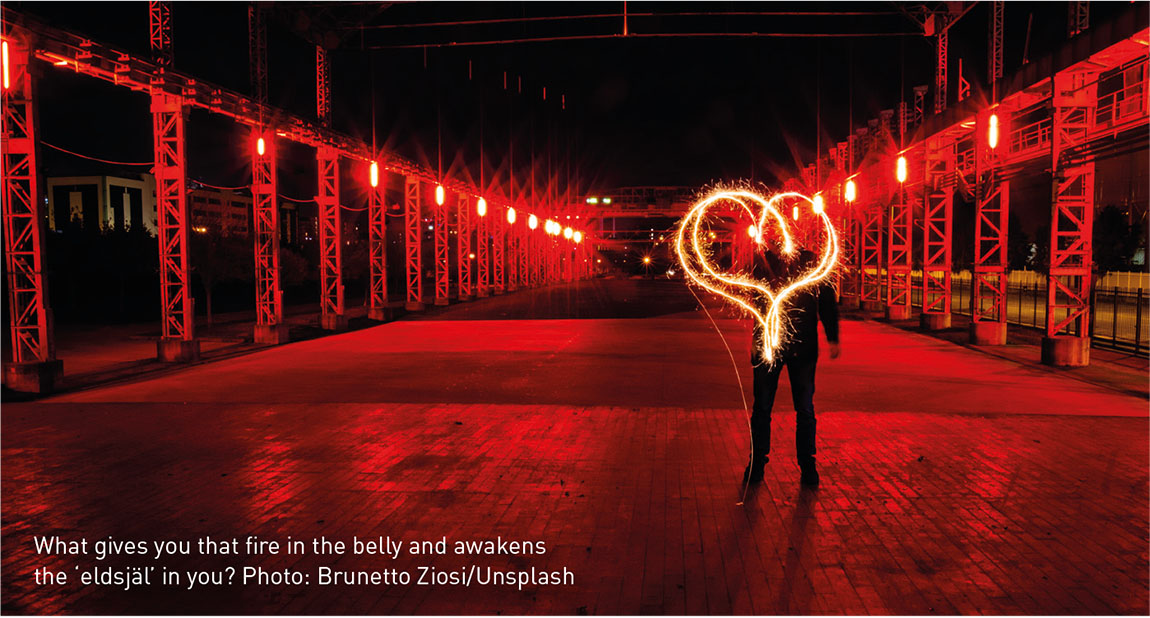 The Swedish VAB for ‘vård av barn’ – that’s when you stay at home to care for a sick child, but you still get paid – has inspired a number of linguistic inventions. The thing you do when you take VAB is ‘vabba’, and February, the month when there are so many bugs and viruses going around that parents are at home with sick kids more than they’re at work, is jokingly referred to as Vabruari. But what if you’re so ‘duktig’ (we’re cheating here, because the adjective ‘duktig’, for being that exceptional combination of skilled, responsible and hard-working, didn’t fit on the list) that you can’t just take the money and mind your child without feeling terrible about it? Take VAB, add ‘jobba’ for ‘working’, and you have ‘vobba’ – working while at home caring for a sick child (and, still, getting paid for it).

Less politically charged but an example of linguistic perfection is the Norwegian ‘døgn’, or ‘dygn’ in Swedish. A ‘døgn’ is 24 hours, both day and night – and when you have the word in your vocabulary, you miss it when it’s gone. How do you say that you need to do something for five ‘dygn’ in English? Add the Norwegian ‘døgnvill’ for when you’ve lost all sense of day and night, and you’ll see why, in a place of midnight sun and Polar darkness, you need this kind of terminology in your life.

‘Hinna’ is the Swedish verb for having time for something. Instead of saying ‘I don’t have time to’, say ‘jag hinner inte’. Like ‘orka’, it’s one of those words that’s more specific and efficient than any English translation. We all know that the Scandis are fond of all things minimalist and functional, and language is no exception.

Back to Sofie Hagen’s skit. The Scandinavian languages really are superior. Which granny are you talking about, or which uncle? The Scandinavian languages categorise all relatives not only according to their sex, but also according to which side of the family they’re from: maternal granny is ‘mormor’, whereas paternal granny is ‘farmor’. An aunt on your mother’s side is your ‘moster’, and on your dad’s side she’s your ‘faster’. We bet you can figure out ‘morfar’, ‘farfar’, ‘morbror’ and ‘farbror’ yourself.

You thought ‘friluftsliv’ was the latest lifestyle trend to come out of Norway? Try ‘utepils’, or ‘outdoor pilsner’ – a cold lager in the sun up the mountains or a hoppy brew in a vibey Oslo beer garden. How other languages don’t have a word for it is beyond us, but suffice to say, we’ll have an utepils, takk. 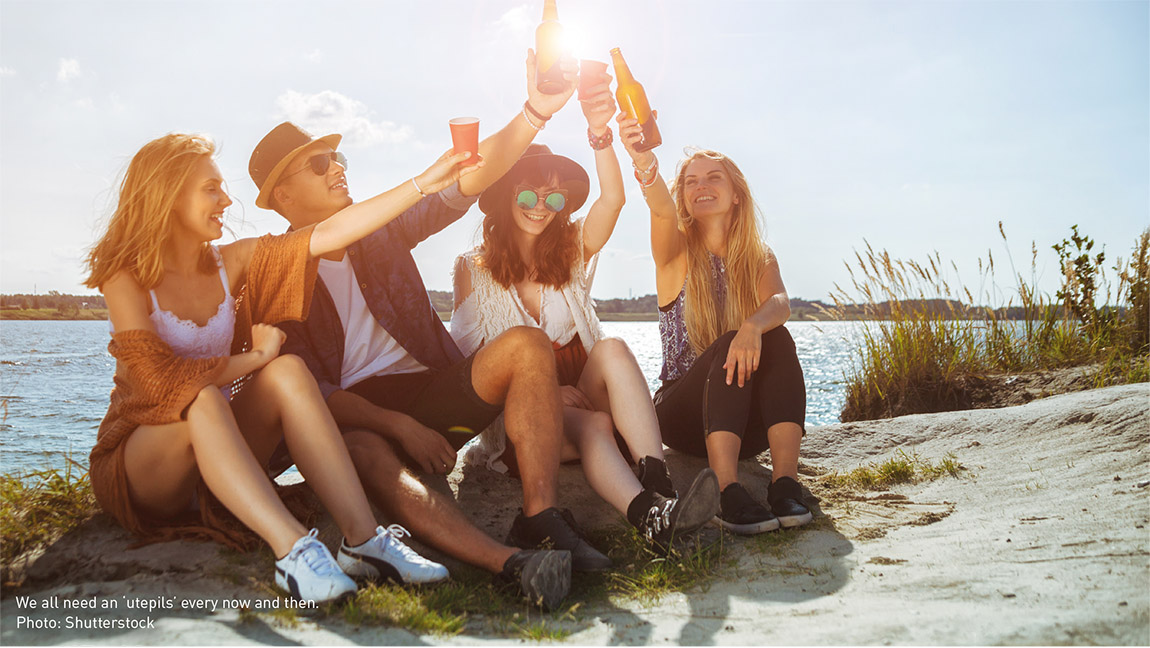