Thank you for the music

“If someone had told me in 1980, that in 40 years’ time, there would be an ABBA Museum in Stockholm and a huge exhibition in London about this group, you’d have blown my mind, but that’s how it is.”

We’re in the O2 – London’s vast dome-shaped entertainment venue – for the launch of the ABBA: Super Troupers exhibition. Outside, the Greenwich Peninsula is stony grey, but inside things have a distinctly Swedish colour scheme, right down to the yellow and blue complementary croissants.

Ingmarie Halling is the creative director of ABBA The Museum, and her connection to the band goes back to its early days. “In the ‘70s, I worked making wigs and costumes for ballet and theatrical companies in Sweden, and my boyfriend at the time played guitar with ABBA. So, when they were doing a concert in Sweden in 1975, I got to meet them and Frida and I became friends,” Halling explains. “Then, when ABBA were going to Australia in ‘77, she called me and asked if I wanted to come along and help in the dressing room with the costumes, and I said yes. So that was the start of it.” 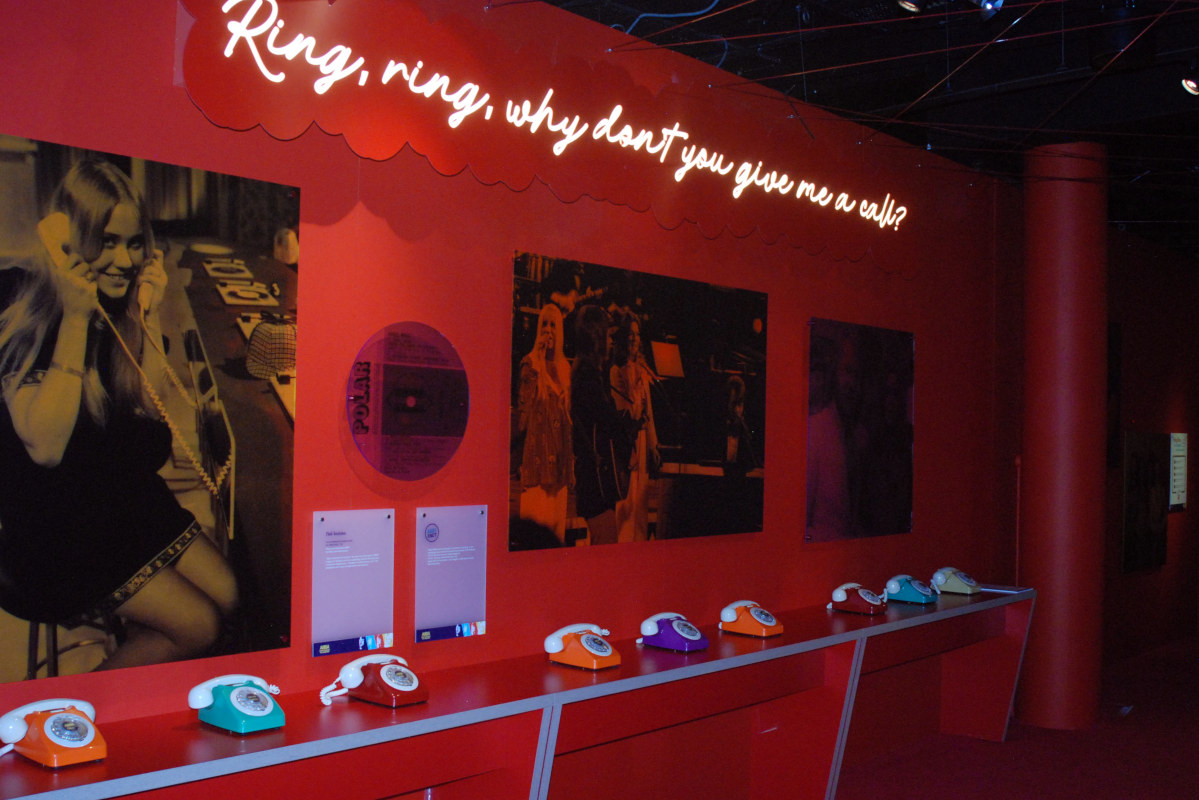 For Halling, the job was a crash course in life on the road. One day, she was washing costumes in the sink in her hotel room, and the other, she was touring London in style. “This was London in ‘77,” she laughs, “and I had my per diem but hadn’t touched it. So I decided to go shopping and asked Benny if I could borrow one of the runners’ cars. Well, there was a party that night, and I was late to bed and had only had about four hours of sleep when the receptionist called to say my car was waiting outside. I jumped into my pants and T-shirt, as you can when you’re 25, and stepped out of this grand hotel, with these long, imposing stairs – my hair a total mess – to find a white Rolls-Royce Silver Shadow with a driver in white outfit waiting outside! When I got back, Benny asked mischievously if everything had been alright, and all I could say was ‘Yes, yes, keep on doing that!’”

It’s that sense of fun that, for many, epitomises the ABBA sound. This is music that’s simply impossible not to dance to. However, getting that music heard outside of Sweden was a huge step for the group. Benny stated that, when they entered the Eurovision Song Contest, it didn’t matter if they won; they just wanted to get their songs in front of a larger audience. 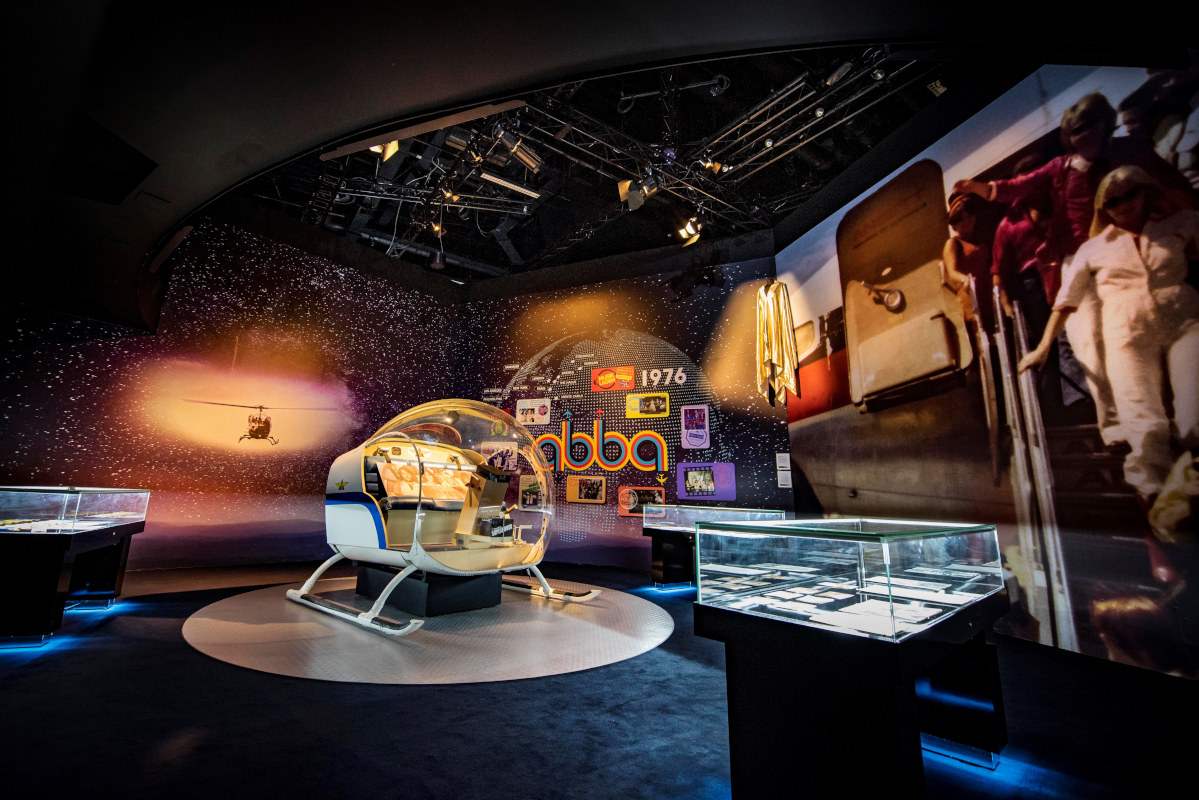 They did win, and Waterloo became not just that stepping stone towards international success, but one of the best-selling singles in history. “We Swedes tend not to like people getting too big for their boots,” Halling says, “but despite their fame, they were not even remotely divas. On tour, they would always learn the crew’s names, which is unusual, especially in America. They were always fab people – still are.”

At the time, she admits, Halling wasn’t an ABBA fan. “I was listening to the Beatles, the Stones, Led Zeppelin, and artists like Frank Zappa, but I do appreciate really good, well-made music. And it is so good. In the museum, we hear the songs every day, and we never get tired of it… I once asked Benny, when I was working on an exhibit, how he knew when something was ‘right’, and what he said stuck with me. He said that whatever you’re doing, it’s a creative process, and you can never really know. All you can do is exactly as good as you can at that point in time – and have the confidence and belief in the concept.” 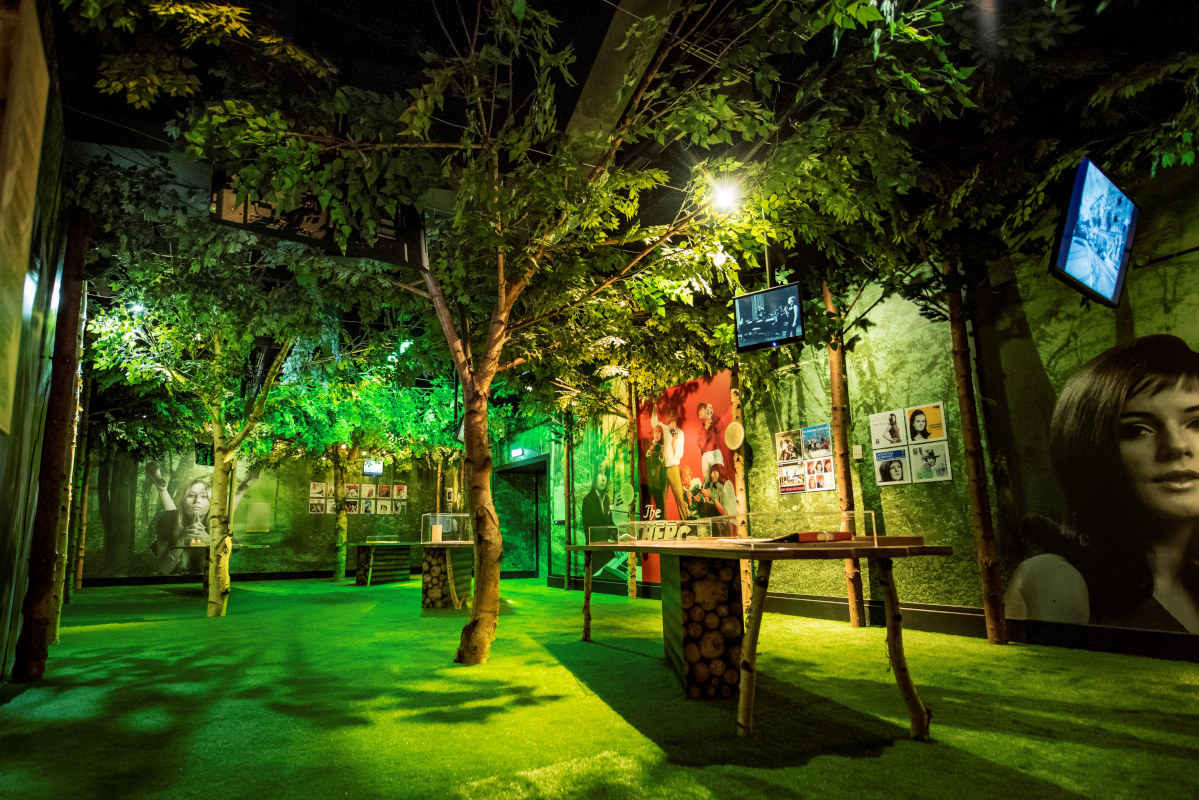 Proof that ABBA’s songs are more than just ‘as good as you can do’ is that, once you get past the fun, the insanely catchy riffs and, yes, the nostalgia, these songs impact you on a very personal level. “They said at one point that they wished their music could be of comfort to people,” Halling comments. “At first, I couldn’t understand that, because music, for me, is a happy thing. It fills your soul with fluff and good vibes – but it’s true: even in sad times, music brings back memories and makes an emotional connection. And I know that all four of them are a very emotional people. I know that when Agnetha first heard Slipping Through My Fingers in the Mamma Mia film, she had a tear in her eye because she remembered what it was like with little Linda going to school – how separations happen, and there is not one living person that has not been through something similar.”

Music has to be good to survive the test of time, but great music doesn’t just survive. It speaks to you.

ABBA: Super Troupers is the brand-new, 14,000-square-foot immersive experience that invites you inside the personal stories of band members Agnetha, Björn, Benny and Anni-Frid (‘Frida’), and their rise to super stardom. The exhibition runs until 31 August and is open Monday through Saturday. Stockholm’s ABBA The Museum is an interactive museum that offers you the chance to virtually try on ABBA’s costumes, sing, play, mix original music and become the fifth member of ABBA by performing on a large stage together with Agnetha, Björn, Benny and Anni-Frid.