Scandinavia may not always offer the best of weather, but it can in turn offer a highly sought-after and globally recognised school system. Why? Because students in Scandinavia are regarded as much more than just future contributors to society. And in a society where knowledge plays an increasingly important role, having a school system to be proud of is a coveted thing indeed.

It is Monday morning and dark outside. Your eyes still feel a little bit heavy and, most of all, you just want to stay in bed all day. But you cannot. You know that. You have to get up.  In Scandinavia, it is compulsory to attend school from the age of around six to 16. And although having to get up might feel tiresome at times, students in Scandinavia should count themselves pretty lucky. Not only is school mandatory; it is also free, because in Scandinavia everyone has the right to go to school, regardless of income, housing or other factors of life. This means, among other things, that Finland promises that no student should live further away from their school than they can travel by car or bike.

Furthermore, Scandinavian countries put a great deal of effort into keeping improving its school systems. They develop new school reforms, continuously test their students and compare themselves with each other and other countries to ensure that their own students do not fall behind academically. But, crucially, Scandinavia’s hankering to be among the best is not at the expense of the students’ own interests and talents. 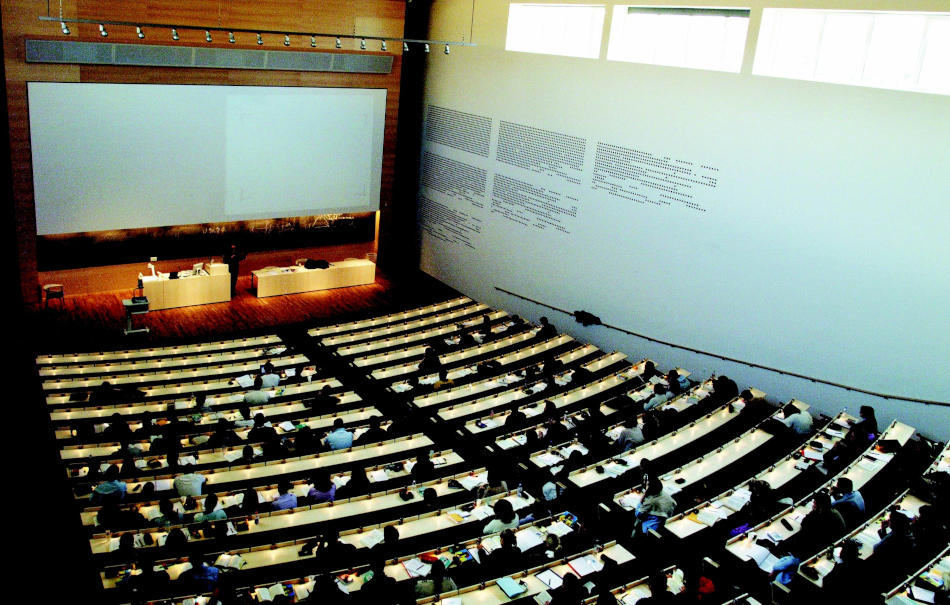 More than just a student

In Denmark, for example, it is possible to attend a boarding school that specialises in exactly what the individual student is interested in, or attend tenth grade before high school if a student does not feel ready or just needs a little bit more time. This part of the Scandinavian school system reinforces the student’s sense of being an individual, which is very important, according to Ulla Dyrløv, psychologist and author of the book Det professionelle kram, a guide for professionals who work with children and young people. “It is about seeing the student and showing the student that you have seen him or her,” she says.

This also applies to the classroom. “You don’t have to do much. A simple gesture or a glance from the teacher is better than doing nothing. If there is trouble at home or in school, a glance from the teacher, showing the student that they know about the situation, can help tremendously,” Dyrløv says, explaining: “I usually compare the child’s working memory with a desk. If the desk is messy there is no room for anything else, not even new knowledge. In other words, if the student does not feel comfortable and happy, they might not learn anything new in school at all.”

A safe environment is key

According to a report by the Danish Evaluation Institute (EVA) in 2014, one way to ensure a safe environment is to focus on strong teacher-student relationships more generally. Steffen Krøyer, principal at Bjerget Efterskole, could not agree more. “My experience is that if you want to learn something, then it is important that you have confidence in and access to an adult. For that simple reason we operate with smaller classes with no more than 15 students.”

Some teachers create a safe environment simply by being present in the classroom, while others create a clear structure in their teaching or help students overcome barriers for learning. No method is really more correct than the other. Krøyer has his very own approach: “We have an expression that says that we are together to do what we do. The term is based on the principle that we are all equal – we just carry out different roles. Some of my colleagues laugh when I tell them this, because they think it sounds a bit strange, but the truth is that it really works.”

Fortunately, Krøyer is not the only one to believe in the Scandinavian school system. South Korea has some of the best students among the OECD countries when it comes to reading and math skills, revealed already in the PISA (Programme for International Student Assessment) study in 2012. Still, Park Geun Hye, South Korea’s recently elected president, searched for inspiration from the Danish school system, more precisely tenth grade, boarding school and the Danish folk high school. Christine Antorini, Danish politician for the Social Democrats and former Minister of Education, explained in 2013 what she thought was the reason: “In South Korea they have academically clever students with very high ambitions, but they also know that they will need the broad skills that are part of the Danish school system.”

As such, South Korea is aiming for what they refer to as ‘happy education’ by introducing a semester during school where the student’s dreams and talents are being explored through creative courses, such as sports and arts – and perhaps most importantly without the traditional examinations. This semester will be introduced to all schools in South Korea from 2016 with the Danish school system as its model.

From religious education to a knowledge society

Focusing on how to create the best environment for students to learn really seems to be paying off. All Scandinavia’s school systems have gone through an almost identical historical development, from the religiously oriented education to the Latin schools and the schools of today with teachings in humanities, science and practical arts. The development has followed the changes in society; we are in the midst of what experts call a ‘knowledge society’, characterised by the fact that the majority of workers no longer are engaged in the industries, but working in knowledge-intensive professions. Suddenly, knowledge is one of the most important resources. This applies to Scandinavia, but just as much to the rest of the world.

Societal changes make it all the more important for Scandinavia’s schools to keep developing and become even smarter – and they have to develop incredibly fast. Only 15 years ago, the computer was a rarity in the workplace. Today, PCs, mobile phones and the internet make an integrated part of everyone’s working day – and this is just one of many examples of how fast society is changing. Whether we want to or not, this places new demands on society to adapt to new ways of working, new technology and quite possibly even new professions. Education, it seems, has always been important. Today it is downright essential.

What is OECD? OECD, the Organisation for Economic Co-operation and Development, is an international economic organisation of 34 countries, founded in 1961 to stimulate economic progress and world trade. In addition to the Scandinavian countries, Austria, Belgium, Canada, France, Germany, Greece, Italy, Switzerland and the United Kingdom are member states, to name a few.