In 2016, he broke the hearts of millions of fans as he walked away from the role of William in NRK’s hugely popular Skam TV drama. Last year, he made up for it as he stepped back into the limelight as the producer of a charting electronic pop single. Scan Magazine spoke to Thomas Hayes about over-night success, trusting your gut, and choosing music.

The 2015 scene during the first season of Skam when William Magnusson first walks across the yard outside Oslo’s Hartvig Nissen School in slow motion will go down in Scandinavian TV history as one of the most memorable, classic hunk moments of all times. As he went on to woo the equally charming Noora Amalie Sætre (played by previous Scan Magazine cover star Josefine Frida Pettersen), he won over not just her heart, but those of every viewer with a soft spot for a mysterious look, a constantly falling quiff, and eyes you can’t help but drown in. Thomas Hayes, the young actor playing the hunk, became a household name in Norway almost overnight, as the teen series broke all viewership records in its home country. Soon, iconic NOORA + WILLIAM jumpers started selling out all over Scandinavia, and the show got a cult following among Scandophiles far beyond the Nordics.

But the huge success of the show, while incredibly positive, came with “a dark side” and was “at times completely overwhelming”, says Hayes, who is careful to add that he is still happy that he said yes to the role and grateful for the following and platform it gave him. “Being part of success changes your life. Being part of a phenomenon like Skam takes over your entire life,” he tries to explain. “The show and people involved were nothing but great, but I was very young, and it was impossible not to be overwhelmed by how much my life changed – how strangely some people behaved around me when I was just trying to get on with my life. Nothing could have prepared me for the invasiveness of the media and the intense scrutiny I was under.”

Fans were heart-broken when it became clear, at the start of season three, that William had moved to London and would no longer feature in the show. Yet it’s hard to blame Hayes for choosing to walk away. “My choice to walk away had more to do with my basic nature than anything else; I wanted to focus on something new, learn and keep evolving. It was hard – I didn’t have anything to go to – but I felt the time was right to start from scratch. It wasn’t about leaving something, but about moving forward.” 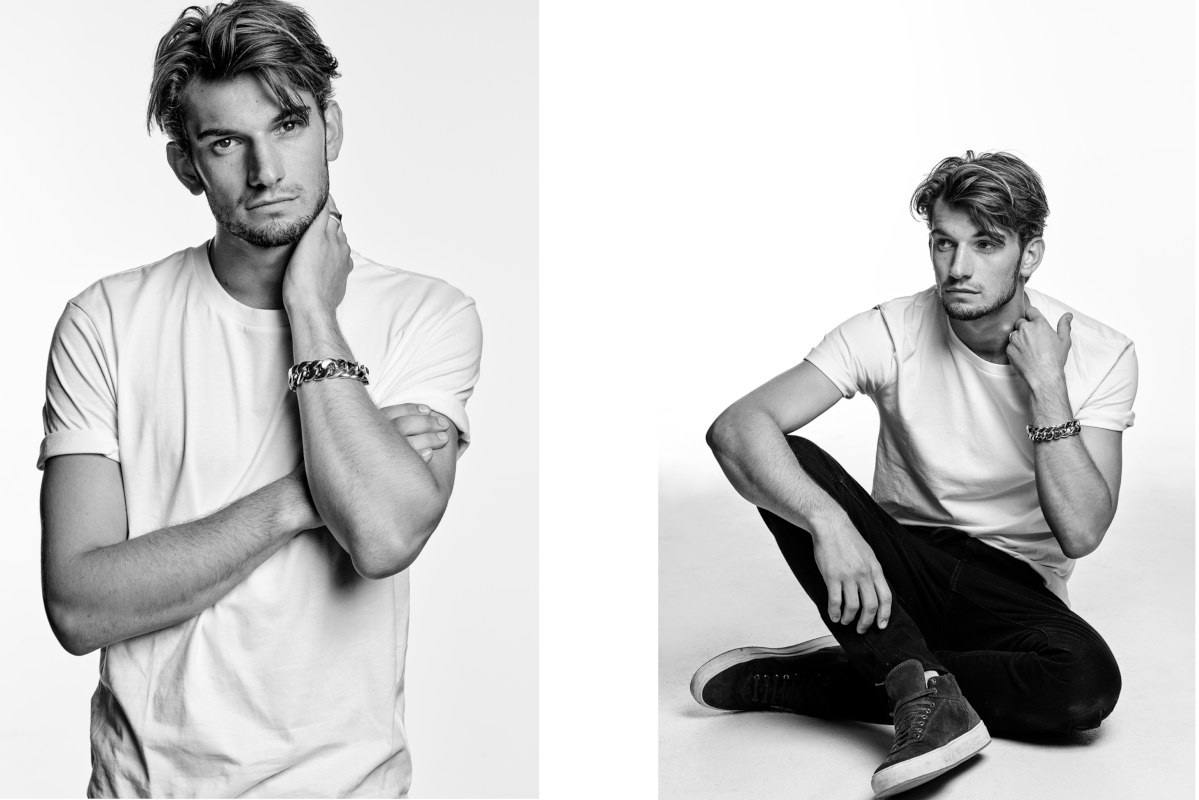 A product of, in his own words, a ‘happy’ divorce, Hayes grew up in Asker, a town about a 30-minute drive from Oslo, surrounded by a fjord, mountains, farms and woodlands where he went playing and exploring. His father being from the UK, he ended up, much like his Skam character, spending a lot of time over there, including going to football matches and music festivals. Perhaps the latter inspired him as it came to deciding what his next steps would be, as he set his eyes on the music industry. “I’ve always loved music as a consumer and a fan, while also being very interested in the creative process behind the music. Skam changed all my plans, and ultimately gave me the chance to dig deeper and do what I love,” he says. Then again, perhaps the former – a love of football – helped a little along the way, too. “The first time I met Nico & Vinz was at a charity football game at Norway Cup. They’re both super cool guys, and I guess we just vibed!”

They did indeed, and when Hayes sent over a demo of the track he was working on at the time, they vibed even more. The result, Where I Belong, was released in August last year with HAYES launching his career as DJ and producer, featuring Nico & Vinz on vocals, quickly clocking up millions of Spotify streams and listings on a number of Norway’s radio stations. And if the somewhat tentative mellowness of the electronic pop tune and the line ‘I don’t know where I belong’ made fans wonder if Hayes was still soul searching, his follow-up single, Now or Never featuring Mugisho, tells another story. The heart-felt banger about doing your thing and ignoring the opinions of others quickly entered Norway’s top-50, being playlisted on NRK’s P3 as well as mP3.

In the end, perhaps there was never really that much doubt about what the young Norwegian-Brit would do, considering music was always among his biggest passions. “Deciding to go all in with music was easy, but doing it was hard!” he reflects. “Only those close to me know how passionate I am about music, and very few people knew about the project. It feels a bit scary, but mostly awesome, that my music is finally out there for everyone to hear after months and months of work. A lot of people are voicing their opinions – critical and supportive – about the music and my career, but I just feel incredibly lucky to be able to follow my own path.” 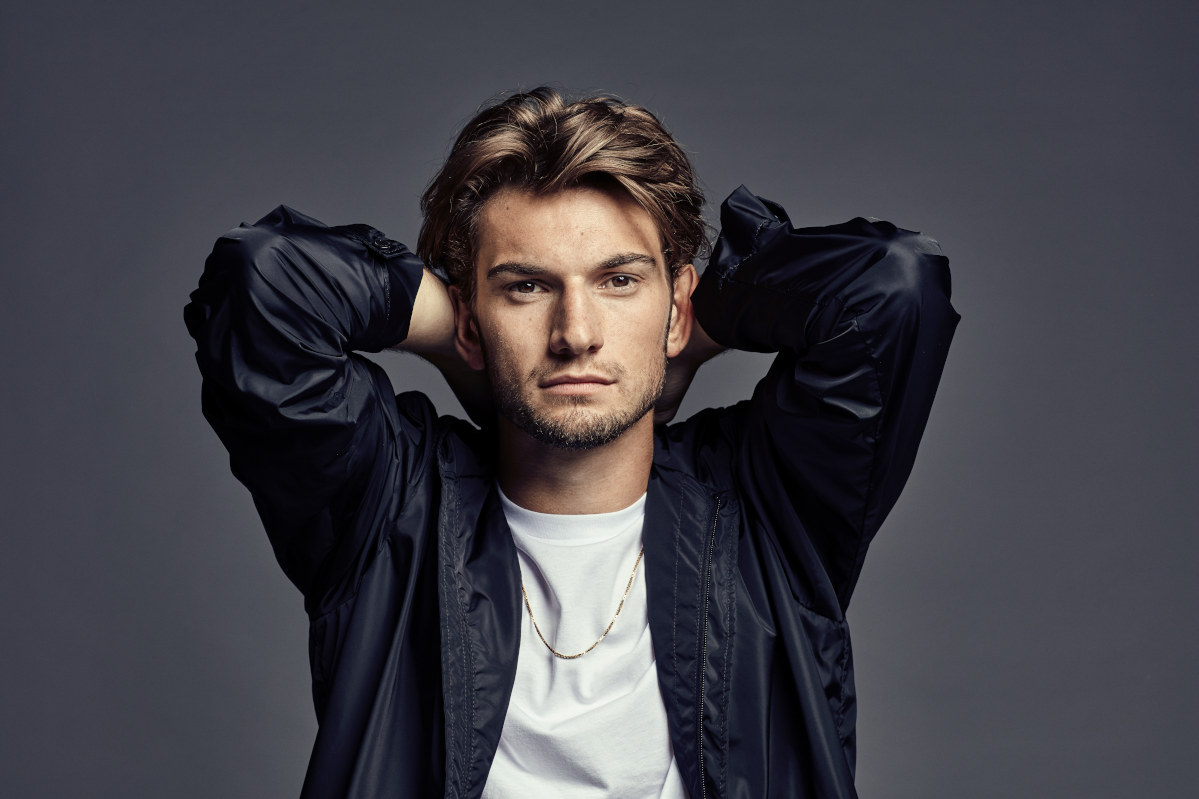 Hayes is noticeably excited about things to come, explaining that he’s learnt a lot in the past year and is spending a lot of time in songwriting sessions with other talented musicians and producers. With over one million followers on Instagram, countless useful and gifted friends in the music industry, and clearly some enviable songwriting and production skills, it seems highly likely that we’ll see a lot more of Hayes in 2020 – and perhaps we can get used to drowning in his smooth beats rather than in the deep, brown eyes of the character he played.

And yet, it would be wrong not to ask: would he, if asked, go back to Skam for a one-off special, grand finale or even a final season? “If Julie Andem [producer of Skam] calls me one day and asks if I want to do another project with her, I would say yes 11 times out of ten!”