What to know when dating in Scandinavia

Though finding a partner in a different country is becoming increasingly common, certain cultural quirks might come as a surprise. Author and director Marina Iakovleva explores dating trends around the world in her popular YouTube channel Dating Beyond Borders and her new book Sex Before Coffee: A Guide to Dating in Scandinavia. Here, she takes a deep dive into the ins and outs of dating in Scandinavia and gives us the scoop on what to do when dating a Scandinavian.

On the idea behind Dating Beyond Borders

“It started with my own experience in dating foreign men. For years, I wrote a blog about my international experiences: from flings to more serious relationships and all the culture clashes that came with each. And then I had a kind of ‘aha’ moment. Why not interview men from different cultures and pose the same set of dating related questions? How would their answers differ? This became the first ever video on the channel.”

On why a book about dating Scandinavians

“Scandinavian-themed videos do the best on my channel. There is a curiosity around the exotically tall, blonde and beautiful men and women. People don’t know much about them. But what sealed the deal was when I was filming in Copenhagen and interviewed a girl, asking her how people meet each other. She said: “You are horny, so you go to a club and hook up with someone. Later, if all is good, you maybe go and get a coffee.” I asked: “So sex before coffee?” She said: “Yes, sex before coffee.” That’s how that title was born and the idea was planted in my head.”

On gender roles and dating expectations

“In many parts of the world, the man is expected to chase and seduce the woman, while the woman holds back on sex because that’s the way to get commitment. Scandinavian women don’t think that way. It’s “I want sex, and I’m going to go for it”. Sex is a natural thing here – talked about, encouraged, and considered a healthy and fun thing to do – rather than being kept under lock and key until a man goes through a series of courting rituals to win the woman over. Foreign men are often surprised at how forward Scandinavian women are. They have fun on their own terms, and if sex was all they want, they’ll make that clear.”

“If you prefer more traditional dating, Scandinavia is definitely not your place. Gender roles are considered antiquated there. Ladies, this means you will open your own door. Your date might offer to pay the bill, but you will be expected to contribute next time. The man is not expected to lead or plan the dates; it’s an equal job. Instead, what you’ll get is someone who sees you as their equal, who respects your opinion and who shares all responsibilities with you. What he expects is a capable and equal partner. Self-sufficiency is way sexier here than high heels or tight dresses.”

“You might come from a culture where love is expressed dramatically, through grand gestures. In Scandinavia, it’s all about calmness and consistency. More about small tokens of affection rather than expensive trinkets and flowers. Dating is a much slower process here. Often starting with sex, more sex, casual hangouts, sex again, eventually leading into a relationship somewhere down the line. Forget about restaurant dates. Keep hangouts casual and laid-back and save the restaurant for when you are in a relationship.”

“Americans love big expressions. They use the word ‘love’ like it’s going extinct in the next hour. Scandinavians are subdued, direct and simple in their communication. They cringe at exaggeration, hate excessive flattery and have a radar for anything tacky and over the top. This means, as a foreigner, building yourself up, talking about the job you have and the money you make won’t score you any points. In fact, the word ‘macho’ has negative connotations in Scandinavia. Pushing to buy her a drink, offering too many compliments and overwhelming her with attention will make her run for the hills. Cool and casual wins.”

On Sex Before Coffee: A Guide to Dating in Scandinavia

“Sex Before Coffee: A Guide to Dating in Scandinavia is a great read for anyone who is dating a Scandinavian but has trouble navigating cultural differences, someone new to the country looking to connect with the locals, or literally anyone who has the hots for sexy Nordic men and women.”

“The book leads the viewer through stages of dating: from making friends, to the party culture, to sex, dating and relationships, living together, meeting the parents and raising kids the Scandi way – and everything in between: why you shouldn’t go to a restaurant on the first Scandi-date; why a Scandinavian woman might be the one to approach you in a bar; why Scandinavians cannot grasp the idea of waiting to have sex; and, of course, how not to get too excited when your hot neighbour walks around the living room naked.”

If you want to know all about dating in Scandinavia, check out Marina’s book, coming out on 1 June. 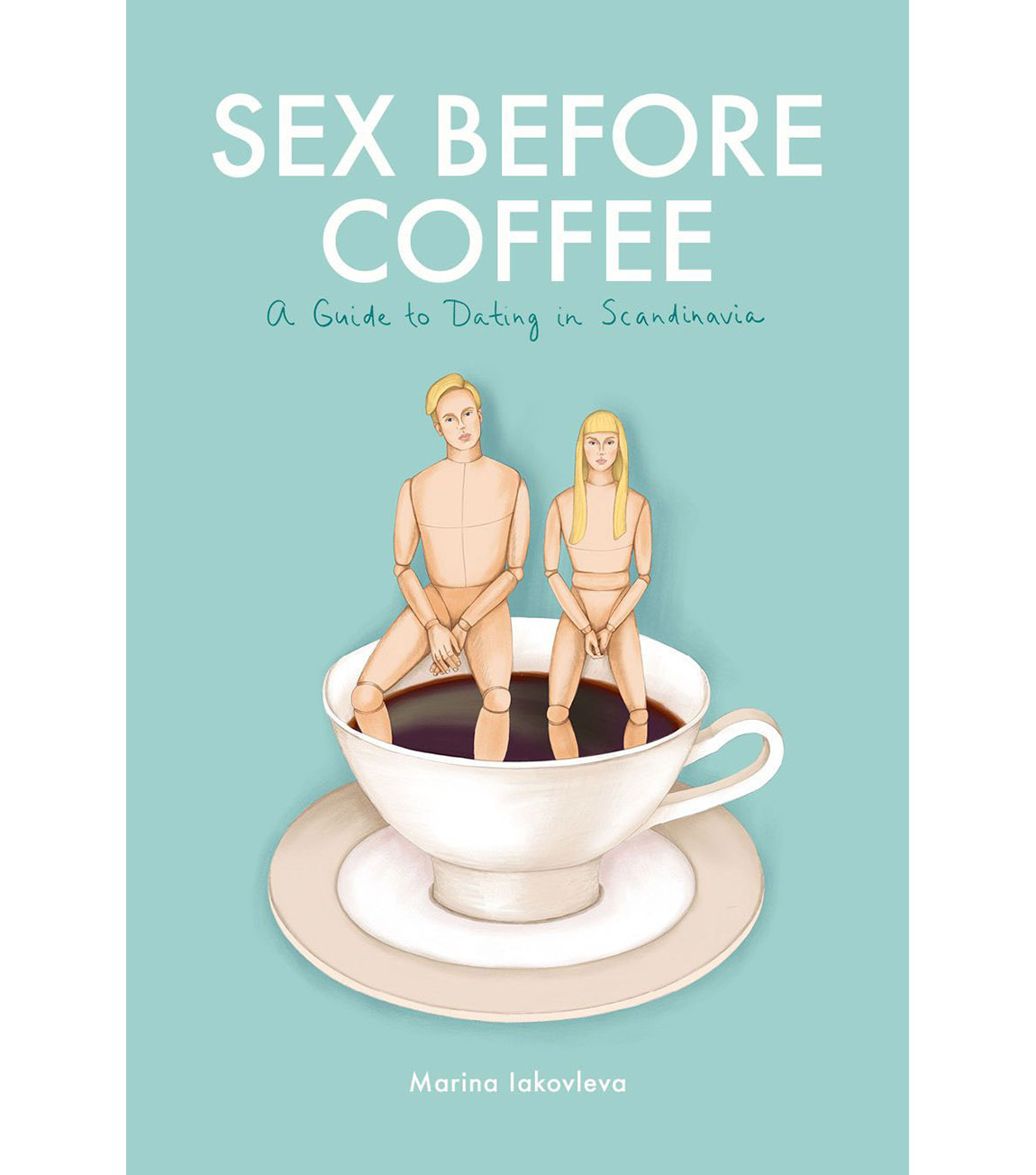